We all know about the recent obsession that teens have correlated with the entertainment app, TikTok. With roughly 100+ million active users in the U.S. itself, this worldwide platform has grown rapidly, with new followers daily. As said by TikTok.com, the advertised goal is to, “inspire creativity and bring joy.” While it may allow individuals to express themselves in an “open” community, it has also created a toxic environment filled with scandals, rumors, and negative hate.

In essence, TikTok is an entertainment source to share and interact with others though a variety of short clips, which have made the app fairly addicting. Through an endless array of videos in a “for you page”, it has curated an experience with different sides catered to what you personally find engaging. 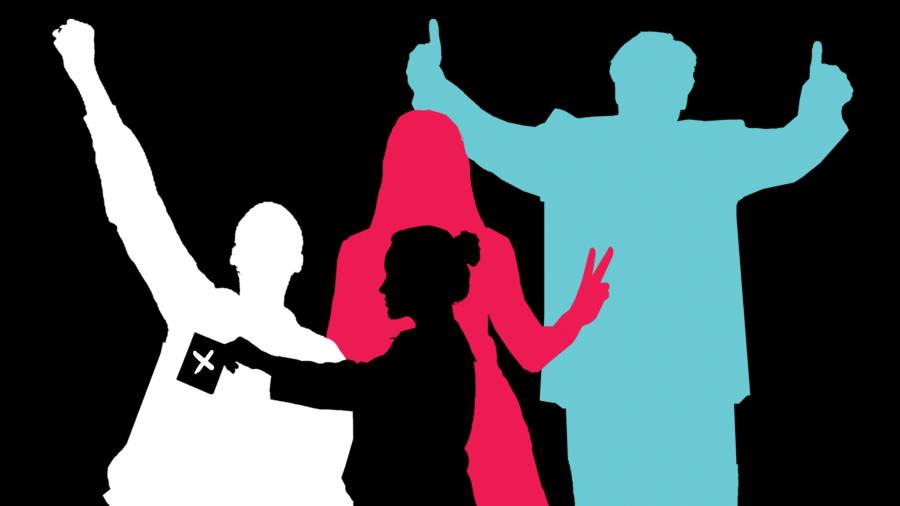 As seen in all other social media platforms, TikTok has also taken part in the degrading of many individuals. With jealousy, expectations, and strongly opinionated sides, it has brought harsh words towards many creators. Users of the app have looked to find small things to criticize about specific personalities, content, or actions causing a state of depression and suicidal thoughts among those affected. This cyber-bullying mechanism has become a nonstop ritual seen on a daily basis.

Obviously, this is not okay because it sways individuals to think that they cannot be themselves or share who they are, from the fear of being stereotyped and made fun of.

Not only this, but body image has also become a major issue within TikTok. For some videos, creators have gotten hate for not fitting in with the “perfect physical appearance” which has been shaped by our corrupt society. There have even been trends where girls have asked for ways to make themselves “prettier” and for people to rate how attractive they are. This is just another main aspect that takes part in the pernicious world of women feeling the need to look a certain way to be accepted. “Girls aren’t moving their bodies because they want to, they are over-exercising, under-eating, and following false nutritional advice because they think that if they do, they will then look like the girl they see on their screen.” wrote Micha Handler.

While this is still this major issue, luckily many are trying to advocate for body positivity by uploading videos about accepting all body types. Some have even posted clips of dances with their stomachs out to show that every person is beautiful no matter your appearance. Sadly, while there is this uplifting side of TikTok, there are still mobs of comments shaming these girls at the same time.

With new influencers gaining fame, many scandals and gossip have stirred up in the community as well. Due to past decisions, every creator has at least once been accused due to their behavior, adding to the cancel culture that is seen in all areas of social media. When these “canceled” individuals have tried to genuinely apologize, in return they have received threats, nicknames, and more twisted rumors.

The account, “TikTok Room” has been a suspect to posting stories and scandals, promoting to others that it is okay to spread fake news for others to laugh about.

to everyone who comments hurtful things on mine and others posts.... what do you truly gain? I know it can feel as though bringing someone else down will make you feel better but it’s only temporary. love others and bring them up. being kind is so much more fulfilling!!

Bullying should not be categorized as comedy, no matter the circumstance. While it is important to call out others so that they can learn from their mistakes, it is not right to bring others down in the process.

Additionally, trend setting content houses have not made things any better. Many young children have been exposed to inappropriate behavior and some of their role models have exhibited immature actions, all presenting the wrong image. Content houses including, “The Hype House” and “The Sway House” have had members giving poor, unacceptable examples to minors, which essentially influences those same people to follow wrongful actions.

For instance, many of these creators have been caught saying racial slurs, such as Chase Hudson who previously said the n-word in a video. Many of his other friends who are in the same community of influencers have also posted photos of themselves posing, by stretching their eyes, which some have thought to be imitating Asians. 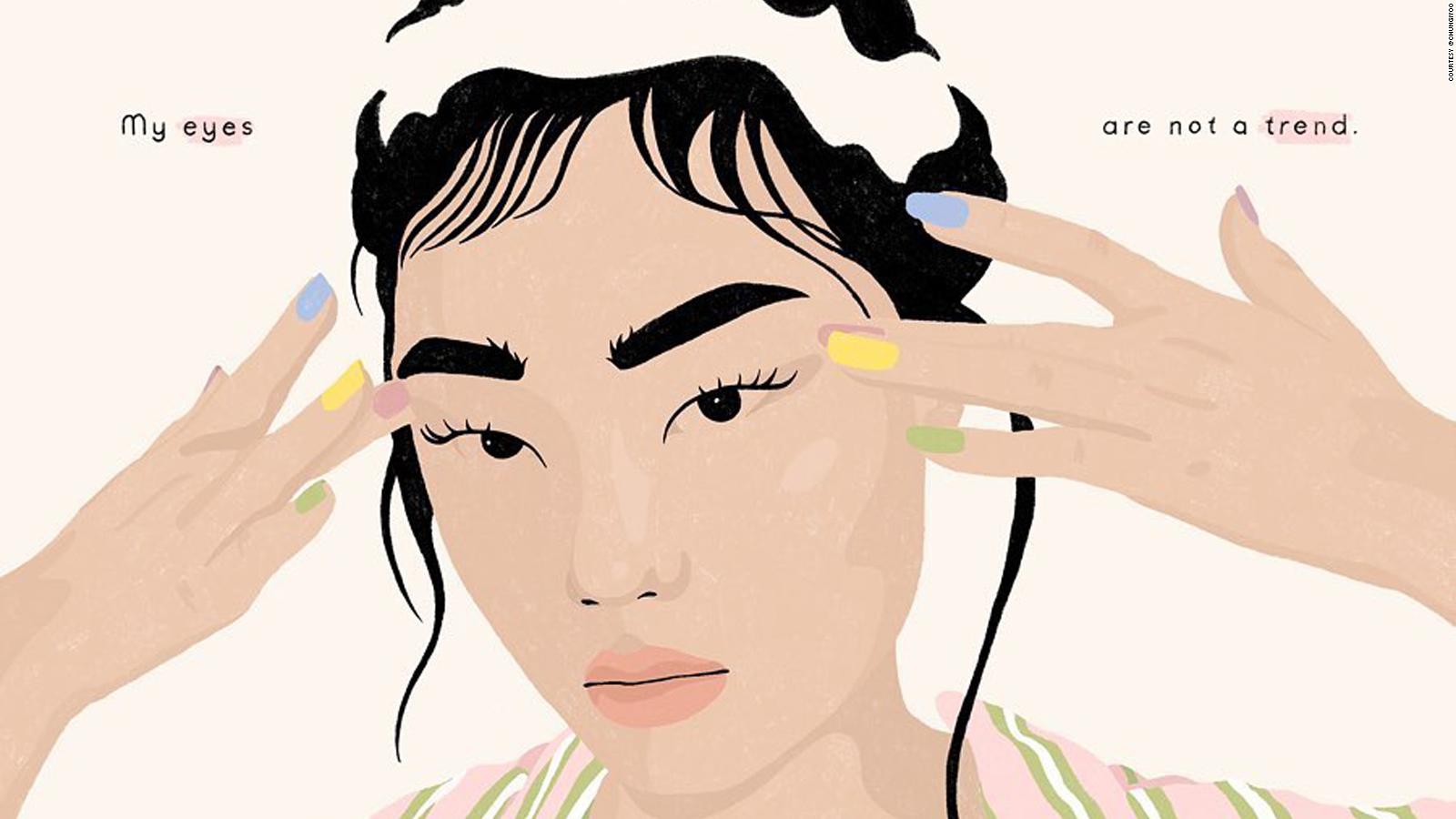 Take Nessa Barret, with currently 11.6 million followers on TikTok, as of October 2020, who posted a video of a sexual dance with a song from the Quran. This incident was very offensive for those of the Islamic culture. In response to this video which is now deleted, she replied in a live stream with, “I think I'm sorry if anyone was offended.”

Especially with the pandemic, it is shocking that many TikTokers have been seen to be constantly going out to big parties without masks, showing no consideration of the lives that have already been lost due to COVID-19.

One creator that has been brought to fame, Bryce Hall, threw a birthday celebration in Hollywood Hills with tons of people who attended. With proof from online videos, there was no evidence of following any coronavirus precautions. As this routine repeated with no change, there were police visits to observe the “loud and unruly” parties, which disrupted others' peace. And later, this eventually brought them to have their water and power shut off, as instructed by the Los Angeles mayor.

Today I authorized the City to disconnect utility service at a house in the Hollywood Hills to stop the large parties held there in flagrant violation of our public health orders. Parties like these can quickly and easily spread the virus and put our communities at risk.

Yet, even with this warning, they still continue to go out every night, going about their days as if there is no pandemic and as if they are immune to it. This spread of false information can make individuals think that if they are younger and are similar to these creators, they will not have to worry about the coronavirus and other issues throughout the world. Do we really think that these people should be the ones that children look up to?

It gets worse when you realize that those that have been judged as “unattractive” have become shadow banned and filtered out of the stream of videos, limiting their ability to be discovered.

“In order to try to attract new users to its platform, TikTok moderators have censored content from people deemed too ugly, poor or disabled, according to leaked documents.” as written by Adam Smith, writer for entreprenuer.com.

As time passes, more evidence has been found leading to more questioning regarding TikTok's impact on young teenagers. Instead of encouraging a dangerous and toxic environment, shouldn't this platform be used to support all creators?

Did you enjoy reading Madison Yee's article? Let your friends know by using any of the sharing options below.

Madison Yee is currently a high school student in California and is always looking for a fun night to hang out with her friends and family. Some of her favorite things to do include traveling, taking photos, and sewing her own clothes.