Actress, singer, dancer, creative outspoken, all around non-problematic Zendaya has had so much success in the last couple of years, of course, she has yet another outstanding collaboration to add to her name. The Euphoria star collaborated with Tommy Hilfiger under Tommy x Zendaya, this also isn't the first time and got to showcase the line at the 2019 New York Fashion Week. She is only the second celebrity to have worked with the TOMMYNOW shows after Gigi Hadid. Gigi and her sister Bella also attended the show and sat front row. 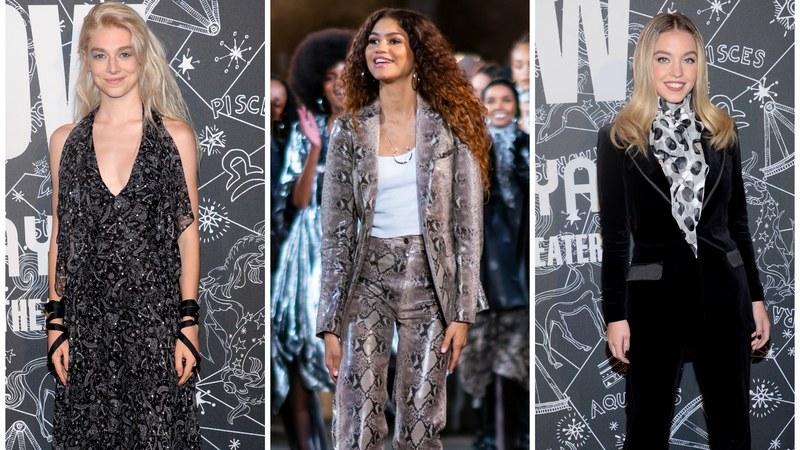 Her Euphoria castmates, Barbie Ferreira (Kat), Sydney Sweeney (Cassie), Hunter Schafer (Jules), and Nika King (Leslie) showed their support at Zendaya's show, which is ultimate friend goals. The cast of Euphoria has proven over and over how great of friends they are as Zendaya was spotted with Jacob Elordi in Greece and Alexa Demie and Sydney also attended other NYFW shows together.

Barbie posted on Instagram to commemorate the moment and Zendaya’s show’s success captioning it, “the gals at Tommy Hilfiger x Zendaya” and Sydney posted captioning, “congratulations Zendaya on an amazing night and beautiful collection”. *update: this post has now been deleted off Instagram*

Barbie pulled a full hair transformation at NYFW rocking a mullet and bangs to the Coach Spring/Summer fashion show and dazzled holographic eyed with handcuff earrings.

Sydney and Alexa both rocked coordinating outfits and posting about that online channeling their inner Euphoria with such stunning and bold pieces to wear at NYFW.

Zendaya rocked a snake suit and leather snake pants outfit with a casual white tank peeking out of the blazer. She wore matching snake heels to complete the look. Throughout the show, there were similar styles that Zendaya walked out within the finale including many coats, suits, and even head-to-toe leather pieces.

The Euphoria cast showed up to take over NYFW and they sure looked stunning. The love and support shown for each other is genuine and we are here for it!

Zendaya and Tommy presented their Spring line in Paris and this Fall collection in New York at the Harlem Apollo Theatre was stellar! The theatre was a great representation of the music venue scene and had American class cars, city vintage spotlights, and cement flooring that really gave life to the collection. Their collection, “See Now Buy Now” focuses on empowerment and diversity. Zendaya’s inspiration came from the late Seventies, early Eighties, the glamour that powerful women showcased. 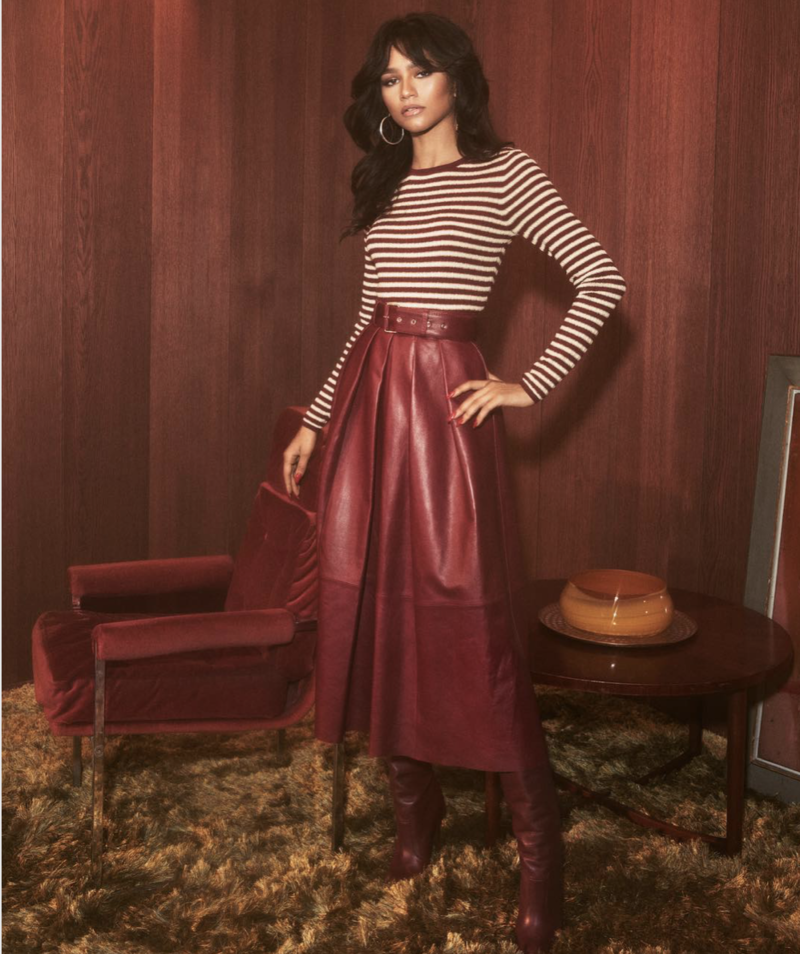 Tommy is super supportive of Zendaya’s vision and being specific with the era and fabrics that his team is able to bring the vision to life so easily as a team. Zendaya also mentioned that the collection is for everyone and anyone. She wants the line to be versatile in being able to pick two items to effortlessly put together.

A mix of models strutted down the runway Sunday evening showcasing the 70s line that was made in Italy with a lot more pieces being hand made. Zendaya’s passion and creativity shined in this collaboration and just added to her so many talents. As a fashion icon with so many appearances that have made her a household name, Zendaya can truly do it all.

Working on this collaboration, she also has learned so much about more than just fashion and putting pieces together. There’s a whole behind the scenes side of things and working in teams and the business aspect to making a line.

Zendaya’s collection will be available online and in stores at Nordstrom and the price will be higher than what the last collection was due to it having greater detailing and since it was made in Italy. This is a 70s era tribute collection you don’t want to miss.

As the show had models of all shapes, colors, and sizes, and a snipped of Zendaya was caught dancing with them at the end of the show it is safe to say that everyone will find something for themselves in this collection. Feel like a boss babe wearing boss babe outfits! 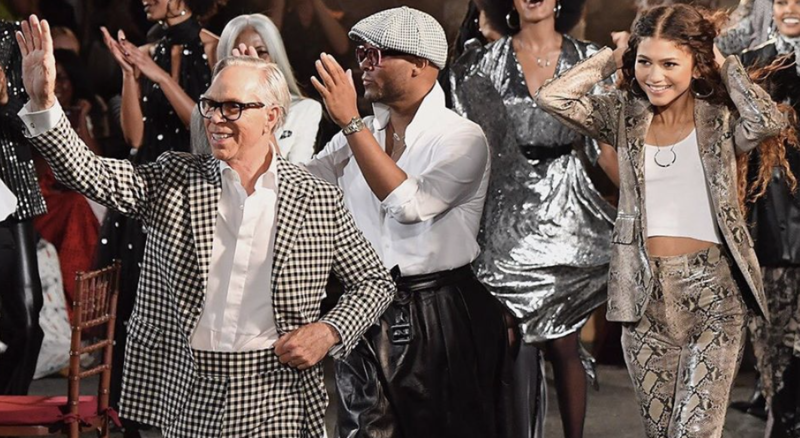 Zendaya’s own fashion sense shines through in this collection and let’s be real when have we ever not loved a look of hers this year? Her over and over attention- grabbing outfits across movie events and other red carpets have made her and icon and perfect for the collaboration with Tommy. Zendaya had a shoe collection prior to fashion endeavors and felt like real women should feel a part of something like this, and of course she did it again with her fashion collections.

A lot of Zendaya’s own beliefs make her projects so amazing and accessible to all because she knows that she is young and a role model in a world where everyone is watching her. She knows to follow her passions because she has that support and can empower other women to also do so. She is such an inclusive person and wise beyond her years. As such a hard-working woman she wants everyone to also be able to feel like they are accomplishing things they didn’t think they could. 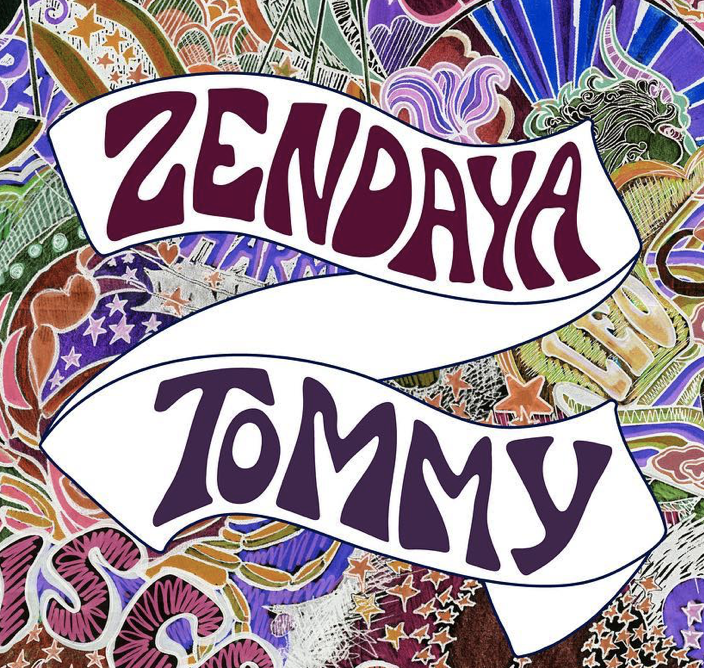 As Zendaya once said,

“A feminist is a person who believes in the power of women just as much as they believe in the power of anyone else. It’s equality, it’s fairness, and I think it’s a great thing to be a part of”.

She will continue to empower all people and I can’t wait to see what she has to offer for the rest of 2019.

Did you enjoy reading Marcela Strane's article? Let your friends know by using any of the sharing options below.