How has the Marvel Cinematic Universe impacted the development of society's social values and identity?

The creation of cinematic universes in motion pictures is made to tell a story, and in some cases, provide a sense of emotional relief and disconnection from the real world. They have become a common and widely beloved source of entertainment for a large majority of the population. However, due to their increased popularity and following, these cinematic universes hold a great amount of influence in the outside world. 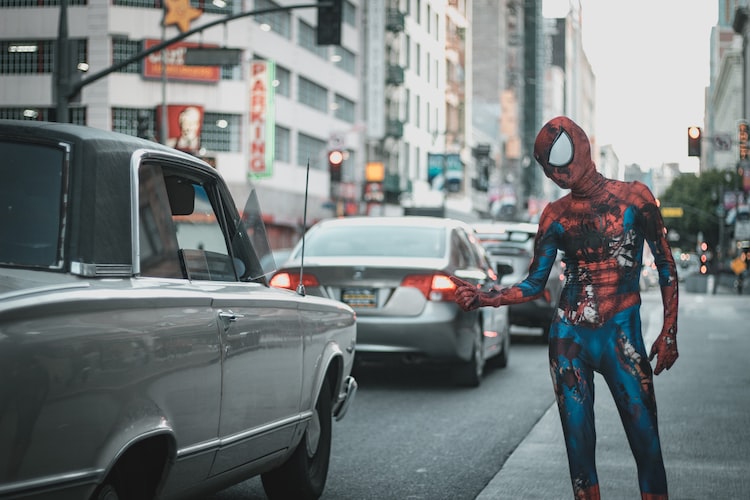 While Marvel’s leather-clad heroes have managed to fight their way to the top of both domestic and global box offices, they have fought their way into the hearts and minds of those within modern-day society. Since the official introduction of the Marvel Cinematic Universe (MCU) on April 14th, 2008, when Iron Man was initially premiered, the cult following this universe has gained, has grown alongside some of their favorite characters. The constant presence of such influential figures is bound to leave an impression on its admirers. More so, on its younger audience, Generation Z.

The MCU has been a staple in the lives of many young people. Its ability to retain a state of continuity and provide its audience with “socially conscious” plot lines and dialogue has provided many with the opportunity to find a sense of realism within the universe and incorporate it into their everyday routine. Which, in turn, has enhanced the pivotal role the cinematic universe has in the shaping of societal views and social values.

But to what extent? How has Marvel’s take on certain issues such as mental health and social injustice impacted its audience?

I recently had the opportunity to sit down and interview Braden Smith, a young inventor and Tik-Tok influencer (@bradensmith02) who has channeled his love for superheroes, into his passion for engineering.

Braden’s interest in superheroes initially arose following the release of the 2002 movie, Spider-Man.” And what began as a profound appreciation for all things Marvel, has matured into a desire to create and share his work with the public, especially with the fans of the Marvel Cinematic Universe. Ranging from web-shooters and repulsors to Captain America’s shield, Braden Smith has worked to bring the cinematic universe to life.

Which one is your favorite? ##fyp ##foryoupage ##iamironman ##ironman

I think it's really cool to watch a movie and see a certain piece of tech or a certain prop in that movie, and then actually build it and see it in real life.

Braden allowed me to gain a sense of insight regarding his work and his opinion on Marvel’s social influence within his generation.

The entire Marvel universe as a whole, has kind of portrayed the archetype of what a hero is. Growing up, how has that impacted the way you act and how you view yourself and others?

“Spider-Man by himself, he's just a kid, you know? And he can still help out people. So when I was growing up, it was always like, yeah, I understand that I'm still a kid, but you can still be nice to people and help people out and everything like that. And I'm in a position where I have so many people who would look up to me, and it's really, really cool. I actually feel like that helped me get where I'm at today, when it comes to showing that you can still be an inspiration that age doesn't really matter.”

Do you think that the Marvel Cinematic Universe and superheroes in general has impacted your way of thinking?

“It's definitely affected my way of thinking, but I'm still me. But it has affected the way I look at the world and the way that I wish it would be. We see certain things in movies, and we’re like, ‘Oh, that'd be really cool in real life.’ So, It’s kind of like that.”

Due to the massive platform held by certain cinematic universes, do you believe that sources of media, such as the MCU, have affected society regarding certain social issues? i.e. PTSD, systematic racism, anxiety/panic disorder

“I think as it goes on, it definitely shows a lot more of what's actually happening in the real world. ‘Iron Man”’ barely touched on a lot of things. But now you have ‘The Falcon and the Winter Soldier’ touching on racism and everything like that. And in Wandavision, I know one of her kids is coming out in the comics as openly gay. And so it's good to see that character being introduced to the MCU.”

Have you gained a sense of insight about certain issues or attempted to spread awareness or discuss the topic?

“The only thing I’ve ever really done from the hero movies was back in my sophomore year of high school. I actually got a Spider-Man suit and went around in my city downtown and handed out water and food to all the homeless. I wanted to be Spider-Man for a day and just help some people out.”

The MCU has kind of recognized the notion that heroism goes beyond physical capabilities or superpowers. Based on that, what do you believe makes a hero?

“It's not strength obviously. I think it’s just how nice you are and how giving you can be in the world. I think just being open and being nice and trying to be helpful. And that's like, if you just live your life that way, you can be a simple hero.”

While there are few prevailing controversies surrounding the MCU, it does have a history of lacking representation for females, LGBTQ+, and characters of different races and ethnicities, as well as instances of hate speech and sexist remarks made by cast and crew members, do you personally believe that enough is being done to cater to its diverse audience? Or is there still work that needs to be done?

“Based on what it was back in the older movies, they're definitely making a lot more progress. I mean, we have a ton more female lead roles, a lot more characters being introduced here, a lot more diversity. They're definitely working on it. They still need to build it more, but they're starting to actually hit that notch that needs to be hit.”

Do you believe that your generation (Generation Z) has become a byproduct of the cinematic universes that they grew up with?

“I think they have. I mean, everybody loves to say I look like Peter Parker, like Spider-Man. So I became a literal by-product. And I don't think I would have been that way if I hadn't had the Spider-Man movies. I think there's a lot more people who like the idea of change and evolving, that's a big thing. And I think the MCU has a very big part in the way people think about that.”

The Marvel Cinematic Universe has positively impacted the lives of millions, in this generation alone. It has dismantled standards that were once highly regarded, instated a degree of creativity and hope into its audience, created a commonplace for those who find peace in it, and encouraged many individuals, like Braden Smith, to delve deeper into their untapped potential. Essentially, it has enabled its fans to discover a source of greatness within themselves.

When it comes to your social identity and societal values, how much of what you believe came from you? How much of it was influenced by the grasp of prevailing cinematic universes? While there is no correct or incorrect answer, it is important to recognize the influence certain media has on your identifying role within society.

There is a fine line between influence and manipulation. Ideally, it is a recognizable state of progression that can be identified when standing between the two concepts. While the MCU has shown no indication of wanting to manipulate its audience towards a lateral way of thinking, society’s progressive response to the development of superheroes may cause this fine line to become blurred.

And before this does happen, it is time that we present the question at hand: Are we a reflection of what we want to see in society? Or do we reflect the media’s idea of what society should look like?

Note: Some responses have been edited for length and/or clarity.

Did you enjoy reading Maya Oliver's article? Let your friends know by using any of the sharing options below.

Maya Oliver is a young writer with a deep-rooted appreciation for journalism and poetry. She actively works in her community to advocate for social justice and youth mental health.