The new year is a perfect occasion to change your style if you don’t like the vibe of your current wardrobe. But choosing how to dress is very difficult. The fast-fashion trends are constantly changing and there is a new dose of cool outfits every day on social media. It is easy to get lost.

The solution is simple: fashion icons. If you feel that you want to do something about your appearance, you can simply scroll through the photos of the models, singers and celebrities that you like and see what they are wearing, what is making them so unique and stylish. What icons should appear on your Pinterest style moodboard? It depends on the aesthetic you like, but here are some of my favourites!

American actress, model, singer, pop culture icon and sex symbol of the 50s and 60s. She is still known all around the world due to her unique style and charisma. There are a lot of biopics and books about her and even celebrities like Kim Kardashian are inspired by her. She was the queen of blonde hair, flawless make-up and feminine appearance. Her outfits often consisted of plain blouses, turtlenecks in all colors, capri pants, dresses and skirts that emphasized her figure and ballet flats or high heels. Marilyn was also known for her make-up tricks, which are used to this day. She taught us how to apply lipstick, so it stays perfect all night, and how to make our eyelashes look bigger. 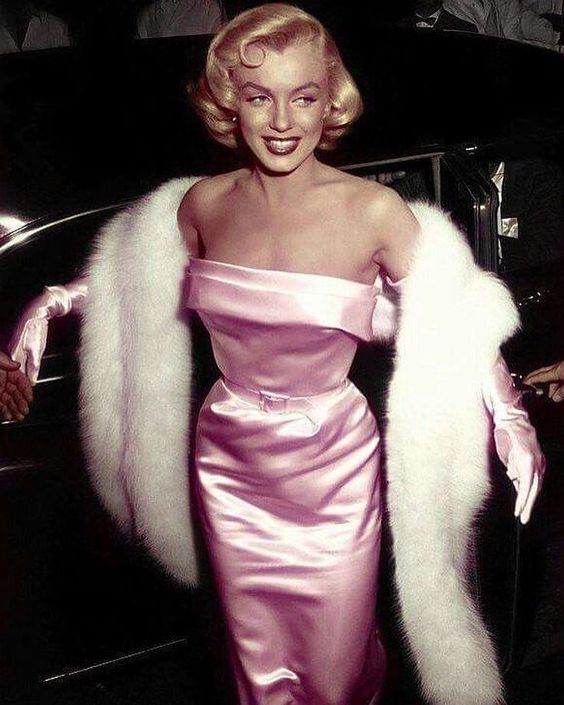 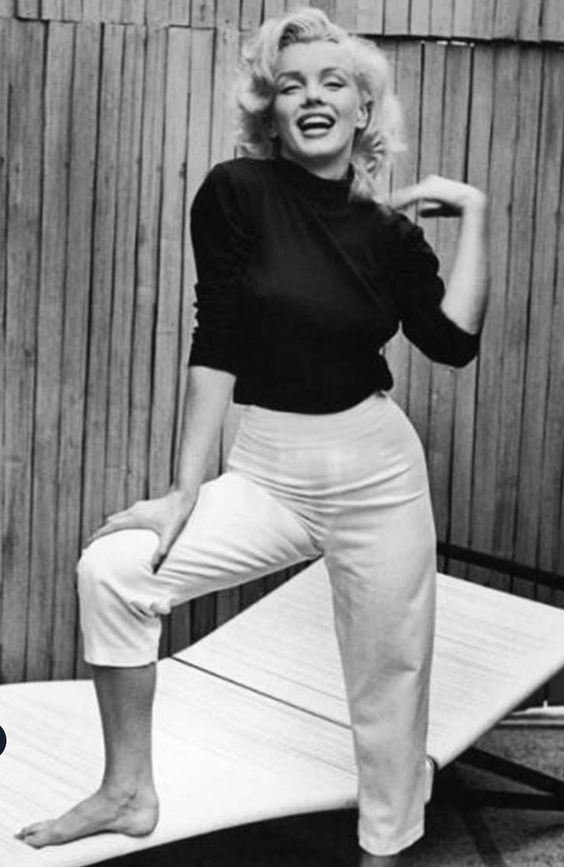 She became famous after dating an American rapper- Kanye West, but her own career is so much more interesting! She worked as a dominatrix for a few months, had a clothing company, self-published photography books, modeled for companies like Supreme and magazines such as Vogue Czechoslovakia. Now she is a proud single- mother and a social activist. Her style is really original, creative and futuristic. She often wears leather or latex clothes, denim sets and low-rise pants and skirts. Some of her clothes are thrifted or made by her! On her Instagram and TikTok account you can find many DIY and make-up tutorials that will help you to improve your style! 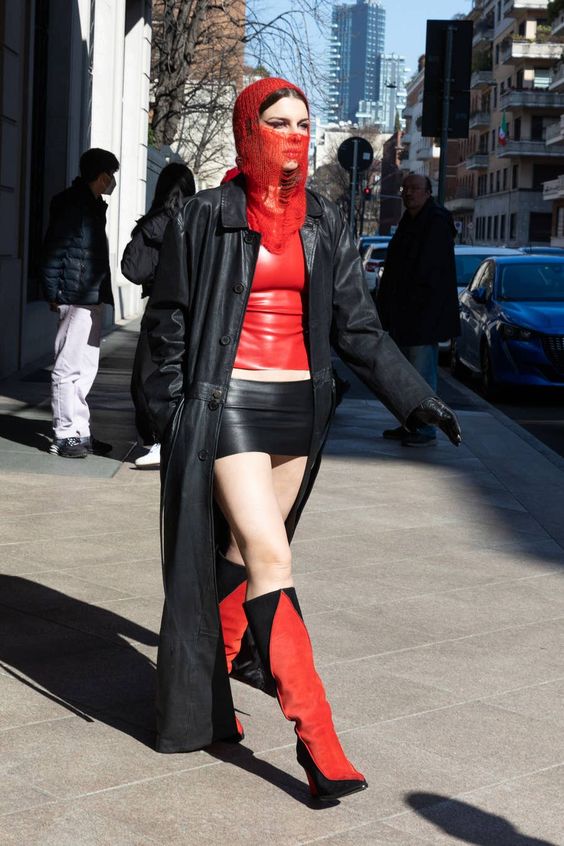 The British style icon began her career as a ballet dancer in Amsterdam, then she started acting. She gained recognition after playing in Roman Holiday. Besides cinema, she was an activist, model and also, she could speak five languages! Her role in Breakfast at Tiffany's strengthened her position in the world of pop culture. Taking inspiration from her looks is a great decision because they are fashionable even nowadays. Her outfits were simple, playful and elegant at the same time. And how to dress like Audrey? Try light sets of blouses and skirts, sweaters in basic colors, simple pants, flared dresses and stylish accessories, such as dark sunglasses, hats and elegant shoes. 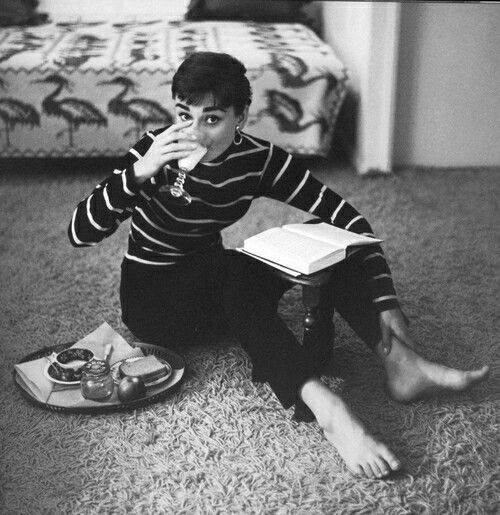 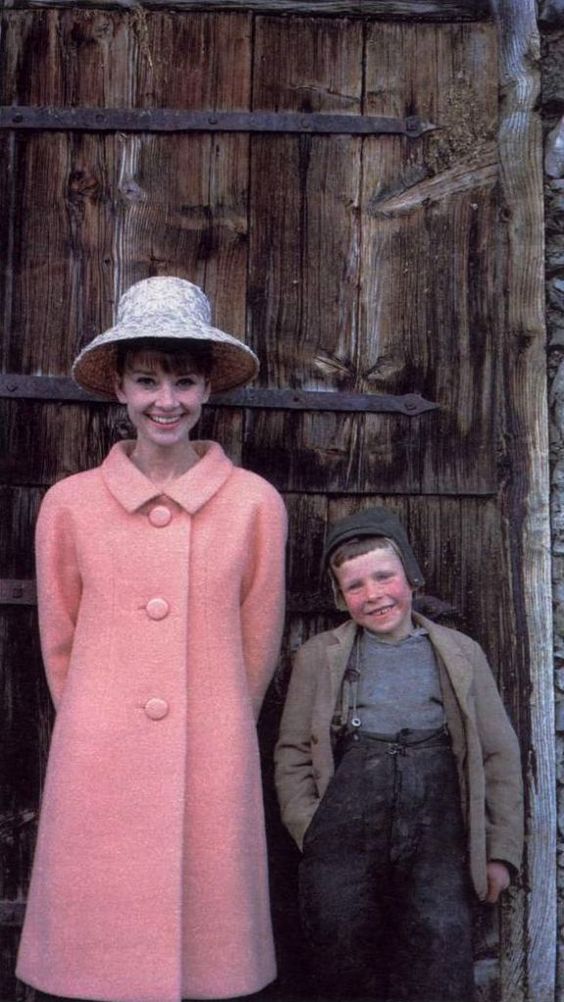 As a teenager, the Italian style icon was called beautiful by strangers all the time. Once someone even paid for her dinner because of her beauty! When she was studying, she started modeling just to make some money. In the 90s, she began playing in Italian and French movies like Doberman, Irreversible, Matrix and Asterix & Obelix: Mission Cleoptra. In 1999, she married a French actor- Vin Cassel, who she divorced in 2013. Her style is very feminine, seductive and elegant. She is always classy and radiates strong energy. Her outfits usually consist of well-tailored dresses, nice blouses, suits and beautiful bags, shoes and other accessories. 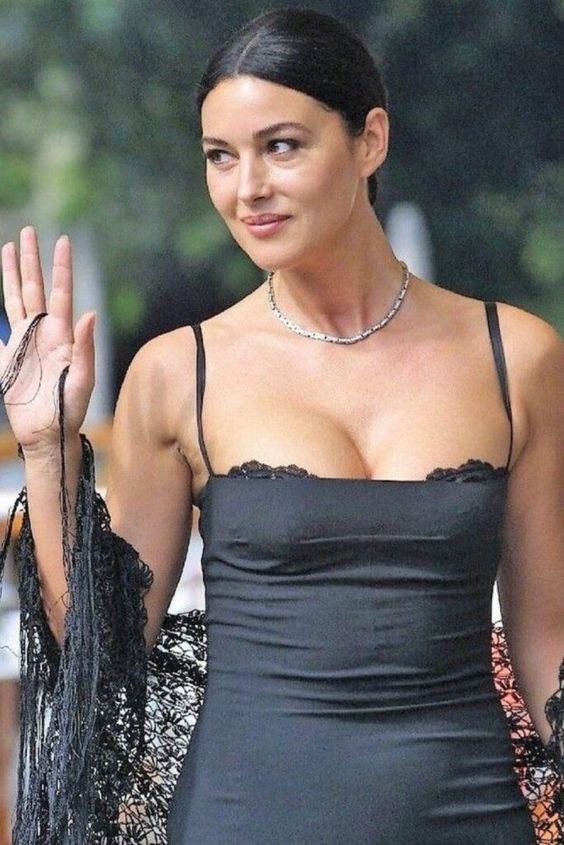 In 1988, when she was coming home from holidays in the Bahamas, she was spotted by a modeling agent at the airport. She was just fourteen when her career took off. She appeared on the covers of magazines like Vogue and The Face. She was also a Calvin Klein ambassador and worked for luxurious brands like Dolce & Gabbana, Versace, Yves Saint Lorent and Chanel. Unfortunately, she had problems with drugs and for a long time was accused of promoting anorexia and unhealthy beauty standards. Her style was a sexy version of model and rock and roll fashion and it was often described as Heroin Chic. She used to wear a lot of black short dresses, mini skirts, denim pants, furs, leather jackets and high heels and chunky boots. Now, her outfits are more elegant and mature. 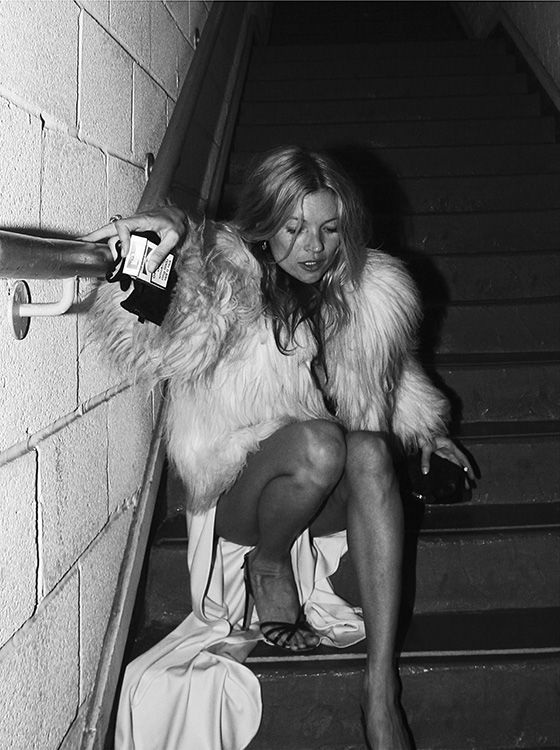 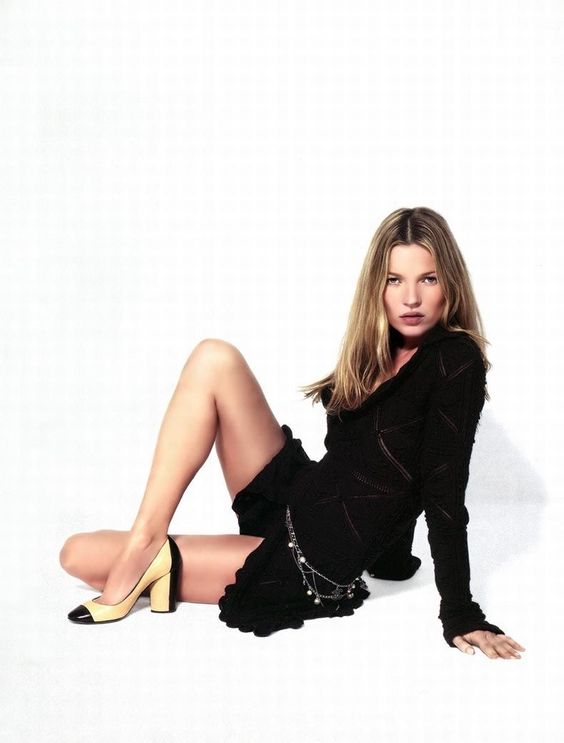 Everybody knows that she was a very talented American actress, mostly because she received an Oscar for her role in The Country Girl. But did you know that her parents were against acting? In 1956, she married Prince Rainier III and became the Princess of Monaco. Her style is a definition of class and elegance. If you like the old-money aesthetic, you should take a look at her outfits. She was known for perfectly made dresses, and classy blouses matched with pleated skirts or plain pants. Also, she knew what accessories to choose. She was seen with beautiful pearls, glasses and head scarfs. Her unique style was honored by the luxurious brand Hermes, by naming a bag by her name. 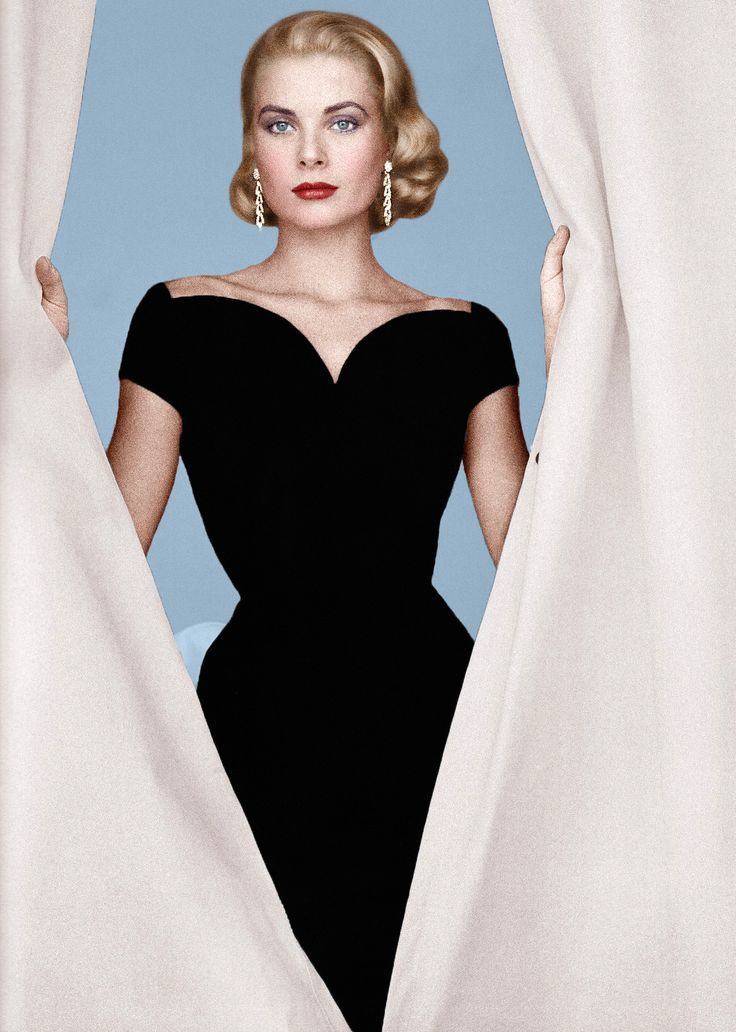 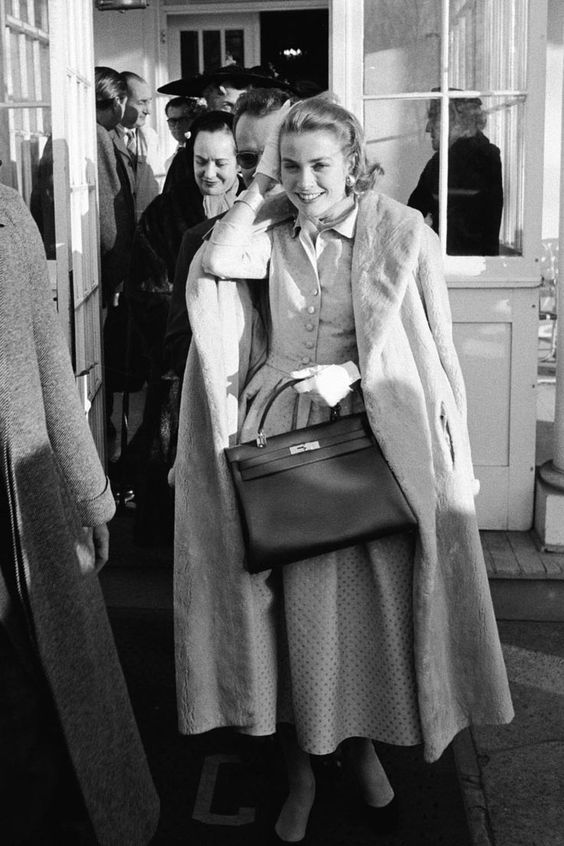 Jane was born in England and there she started her acting career. In the late 60s, she started playing in French movies and singing, even though she couldn’t speak French at that time! Later she fell in love in France and she lives and creates art there up to now. At the beginning of her international career, she was called a scandalist and was banned in some countries, because of her lyrics and her playful sense of fashion. It often consisted of jeans, light dresses and funky blouses and boots, and, of course, her iconic wicker bag that she used to carry around everywhere! She also gave us the iconic Hermes Birkin Bag, which is now a status indicator. 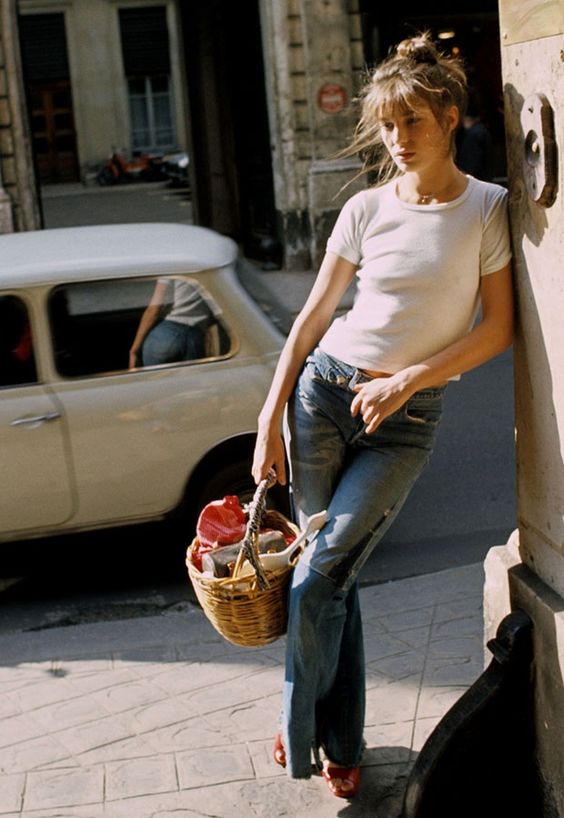 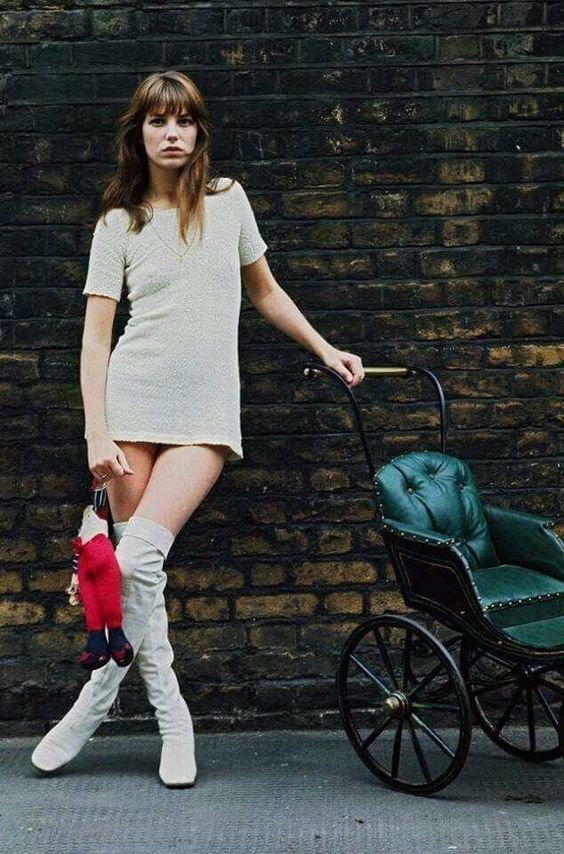 How to change your style?

The most important thing is to feel comfortable in your own style and not to dress up exactly like someone. Fashion icons are very useful inspiration in terms of your personal aesthetic. I would recommend you making a list of items that are repeated in their outfits, so then you can buy similar stuff. Remember that you don't have to throw away all your clothes. Also, keep in mind that your new pieces of clothing don't have to cost a fortune, you can visit thrift stores or online shops like Depop or Vinted. Fashion is really fun and you can play with it!

My name is Agnieszka (Nessy) and I'm a high school student in Poland. I love all kinds of art especially music and fashion. I like writing because it is a great way to share my thoughts and insights