It's always sad when a favorite TV show that you grew up with ends. The show that you resonated so well, the one you watched religiously, the one you anticipated every week. It made you laugh, cry, and "ship" every possible couple. After many seasons, or some cut short, you are left with a hole in your heart.

*No spoilers in this article*

After 8 long seasons, The Vampire Diaries came to an end on March 10th, 2017. Many fans, the VD Team, and CW Team were worried about how the show would turn out after Nina Dobrev, who plays Elena Gilbert, left the show. Who would end up being the "lead"?

Well, Candice King, who plays Caroline Forbes, became as close a lead to Elena. The season finale was able to incorporate as many characters as it possibly could and bring full circle to the story.

After waiting over one year for the Switched at Birth Winter Premiere, it ended with ten episodes to the 5th season. The installment knew soon after the 4th season it would be ending, but due to new shows coming on to the Freeform Network the 5th season was pushed back.

The season took unexpected turns for the family as Regina faced the test of true love, Daphne throughout the season had to find herself in the world of medicine, and Bay was trying to pursue her dreams with many obstacles. The finale still hit the nail on the head with family always sticking together and love overcoming everything.

One of the most popular shows all over the globe is coming to an end soon with 4 more episodes left to the 7th season. Originally, the plan was to have 8 seasons, but after thinking about it the team decided to have 7.

The final season is a time jump that was told before it would air TV and it was also mentioned that our precious Aria would be going "rouge" and "dark". This would be a new side to Aria to see and actress Lucy Hale who plays her was excited to play.

The final "A" is even more heartless and ruthless than any other season before. Buckle up and prepare for the finale. Hopefully, all the original "ships" get back together. *fingers crossed*

It seems just like yesterday, Scott McCall was bitten and his best friend Stiles was always getting them into chaos. Six seasons later and the show is now ending. Part B of the 6th season will be released on July 30th, playing quite late on Sunday nights.

The couple everyone has been dying to see get together since season 1 "Stidia" has been teased, but not official. Part B will consist of the rest of the ten episodes, but there will be a small time jump. The rest of the season will have a lot of dark horrors and is a bit different from the things they have done before. 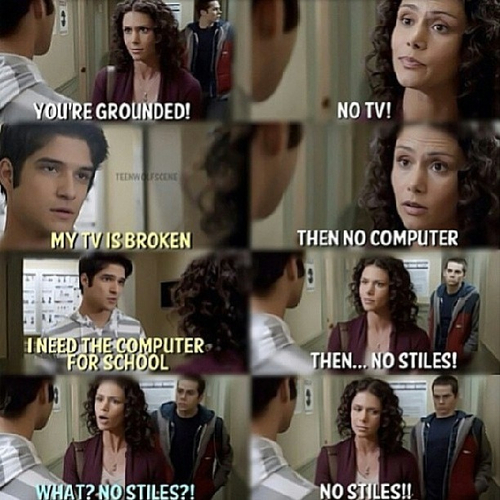 A Netflix original, Bloodline is cut short with only three seasons. The third season wraps up the story of the Rayburn family and will hopefully answer all your questions. The final season was released May 27th and is now on Netflix to binge watch.

Season 1 begins with one ultimate crime, well season two ends with another ultimate crime that in season three the Rayburn family will need to cover up or face.

The show had high expectations as the cast was quite good. Netflix does not give out stats on show viewings so it's unclear if the show ended because of viewer ratings, the plot wasn't good enough, or any other reason.

There was a time when we were innocent. Bloodline, the Final Season, is now streaming. pic.twitter.com/6jrhYTmMoP