We've all felt (and hated) this feeling:

You binged hours of a show or movie.

You got attached to a fictional couple.

To have them completely torn away.

Even though you knew they were made for each other.

It can be a devasting experience, especially when you fell in love with their relationship (and basically lived through them). It's even worse when all the future relationships are nowhere near to the soulmate level relationship that particular couple had. Well, here are five movie and TV show couples that certainly deserved to end up together, but sadly didn't (and why they deserved better). Spoilers ahead!

Rory, or as formally known, Lorelai Gilmore, and Jess Mariano come from a TV show made in 2000 called Gilmore Girls. Gilmore Girls follows a mother and daughter (Lorelai and Rory) through everyday life. They have movie nights, stress about school, participate in fun town events, and much more. You might recognize the popular sound that runs around TikTok:

'You have to sleep, it's what keeps you pretty!

Who cares if I sleep if I fail my finals?'

Jess, on the other hand, is the nephew of a local diner owner, Luke. He comes to live in Stars Hallow with his uncle and meets Rory for the first time. After a while of friendly banter, multiple 'unwanted' hangouts, and hidden feelings, Rory and Jess get together. They both share a love for reading, so they exchange interesting books they've read to one another. Jess also writes notes in the margins for her. Furthermore, they shared the love for the same music genres. They could talk about their lives and they were both open to changing their minds. They had the potential of having interesting conversations together.

However, seventeen-year-old Jess wasn't the best boyfriend — to be frank, he was sort of terrible. He was rude to everyone around him and didn't treat Rory the way everyone deserves to be treated in a relationship. But the reason why I — and many others, believe that they deserve to have ended up together is when they meet again when they are older. He outgrew his issues and became a better person overall. Jess finally became a writer, and after years of struggling, he had a stable life. He pushed himself to become better. Additionally, while every other boyfriend Rory had held her back, Jess pushed her to grow. He also pushed her to go back to Yale once she decided to take a gap year because she felt she wasn't good enough.

While Jess grew for the better, Rory didn't really change (however, some say that she had a downfall after season 3). Jess got his career together and became a hard worker, while Rory was lost and didn't know what to do with her life anymore. They basically changed positions from when they were younger. Plus, she was in a (some would call toxic) relationship with Logan.

If Rory learned how to not rely on others so much and grew as a person herself, maybe they would have ended up together as adults. Especially, since there are many hints that there were still sparks of feelings between each other.

The 100 is set almost a century after a nuclear war destroyed Earth and its population, a spaceship (containing the last of humanity) sends 100 juvenile delinquents back to Earth. Their plan is to check to see if Earth is safe enough to be repopulated. The 100 teenagers struggle to live with the dangers on Earth, while they try to form a community. However, they soon discover that some humans, the Grounders, survived the nuclear wars and still live on Earth. The Grounders and the Sky people (those who came from space) don't start off on friendly terms.

One day, Octavia, one of the 100 delinquents that were sent to Earth, falls from a hill and gets injured. Lincoln, a Grounder, finds her and helps her. He takes her somewhere safe, where no other Grounders can find her. She escapes from his cave, afraid of what he might do, but soon realizes he had saved her from other Grounders. Octavia thanks him for his help, but pleads for her brother, Bellamy, who is still out in the forest among the Grounders. He agrees to help, but she quickly knocks him out. Bellamy then finds them and brings Lincoln back to their camp. The Sky people torture him for information. However, soon after, Octavia helps him escape.

They continue to go through many hardships together. Some prove how far they are willing to go for each other each time. Others show the heartbreak they feel when they are apart and how they suffer because of their love.

Sadly, their relationship doesn't end with a simple breakup, but by the death of one of them. Lincoln's death was one of the saddest ones in the whole show.

Their relationship was the first between a Grounder and one of the Sky people. Not only that, but they also had a deep connection with each other. For instance, Lincoln acted as a guiding light for Octavia. Their relationship is said to be one of the purest ones in the show, despite the awful events they endured.

La la Land is an American romantic comedy movie made in 2016. It follows Mia, who is an aspiring actress, and Sebastian, a struggling jazz pianist. Mia goes through a ton of failed auditions, while Sebastian tries to get more gigs. They meet while stuck in traffic and have a small fight. After a while, they go together to the screening of Rebel Without a Cause, and start getting to know each other better.

With Sebastian's encouragement, Mia decides to write a one-woman play. On the other hand, Sebastian starts earning a steady income because he joined a band with a former friend. But Mia knows, even with the success of the band, that he doesn't want to perform this type of music.

During the band's first tour, they get into an argument. Mia accuses him of not following his dreams, and that she liked him more when he was unsuccessful. Then, during the day of her play, Sebastian misses her performance due to a photoshoot he had forgotten about. Her play did not go well, and she wasn't able to forgive him for missing it. Therefore, they break up with each other, and Mia moves back to her hometown. A while later, Sebastian encourages Mia to go to an audition. He even drives all the way to her hometown to persuade her.

Unfortunately, even after the successful audition, they don't get back together. They only meet up five years later, when Mia is married and has a daughter. One night, she goes to a bar, and Mia realizes that Sebastian has opened his own jazz bar. When he notices her, he starts to play their theme love song. A dream unfolds where they see what they could have been. Their last exchange is a simple smile.

Their relationship couldn't grow along with their careers. They went separate ways to achieve their dreams, since that's what they thought was right for their own lives and each other's. If they had stayed together, they would have only ended up regretting not reaching their full potential. While the ending could be seen as a happy one, since they both got what they wanted, it can also be a rather sad one. As the dream showed, if only their relationship was able to grow with their careers, then they could have had a future together.

Robin and Barney — How I Met Your Mother

How I Met Your Mother follows Ted, a father who is telling his kids how he met their mother (as you could guess by the title). He starts off at a moment in time when he lived with two of his friends (his group of friends also consists of Barney). He then meets Robin, and it's love at first sight — for him. Both go through numerous phases together, romantic and platonic. But most of the time they end up needing time apart.

Robin and Barney -- the couple of our interest -- then have a period of time in the show where they get together. They ended up getting married, but then having a quick divorce. However, they certainly deserved better than the bitter divorce that they had. In their relationship, they helped each other grow and work on their flaws. After their divorce, they became the same people they were in season one, as if there was no change. They outgrew their flaws, only to have them come back. People grow; it's a normal part of life. But they weren't allowed to do so.

Additionally, the love between Ted and Robin seemed too rushed and too forced. It was shown multiple times that their relationship doesn't work. Furthermore, Ted seems to only want Robin because his wife died, not because he loves her for who she is. So, it wouldn't make sense that he ends up with her in the future, just because they're older.

By allowing Barney and Robin to remain together or having an ending that made sense, not only would that make the show more enjoyable to watch, but it would allow for Ted to remain with his wife, Tracy. Her death felt as rushed as their divorce, as if she had to die so that Ted could be with Robin.

Bonnie and Enzo — The Vampire Diaries 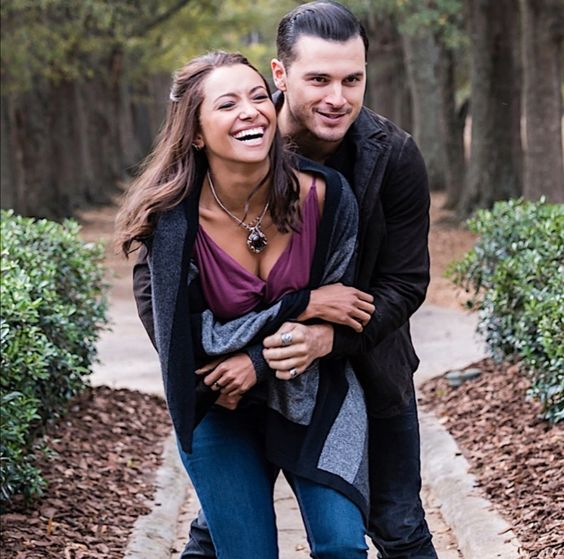 The Vampire Diaries follows the life of Elena Gilbert, who lost her parents in a car crash. She falls in love with a vampire, Stephan Salvatore, but because of that, she and her friends (which includes Bonnie) have to go through numerous supernatural events. This particular relationship is between Bonnie, a witch, and Enzo, a vampire. In order to keep Bonnie safe from supernatural beings, Enzo takes her to a secluded cabin. They start off as friends, but after two years, they fall in love.

However, the creature they were hiding from gets hold of Enzo, and makes him turn off his humanity switch, meaning that he doesn't feel anymore, as he kills. The creature orders him and his best friend, Damon, to do his bidding. But after twists and turns, Bonnie and her friends manage to turn their humanity back on, and she and Enzo are reunited again.

They go through many more challenges together, but they manage to get reunited. Unfortunately, Enzo dies in the very last season of the show. Stephan kills him by taking his heart out right in front of Bonnie. It was a devastating experience for her, which resulted in her anger towards Stephan. However, she decides to listen to Enzo's last wish, and live out the rest of her life.

Their love for each other was clear, and their relationship was one of the most unproblematic ones in the show. Furthermore, Enzo's death felt unnecessary. They could have had a happy ending together, especially since they endured so many hardships.

There are many more fictional couples that deserve their happy ending or just a better ending, but the couples listed above are only five of them. Whether you wish for a fictional couple to break up or remain together, you can only use your imagination to change their fate. So, while there is no way to change the endings of these movies and TV shows, it can be fun to imagine what could have been.