A pink diamante-filled kitchen…who else other than Paris Hilton could pull off such a look? Paris made her return to our screens this month on Netflix with her fabulous show “Cooking with Paris''. A whirlwind of a show, certainly one you’ll need to binge-watch as soon as possible. Let's break down all the glitz and glamour that this six-episode show has to offer.

Great-granddaughter of the Hilton Hotels founder, but in her own right a businesswoman, actress, model, singer, media personality…there's nothing Paris Hilton hasn’t done. Behind her stylish appearance, she’s far more incredibly talented and business skilled than many assume. Surely she’s doing something right in the world of business if she’s able to deck out all her kitchen utensils in diamonds and buy thousands of dollars worth of truffles for a meal. Yes, you did read that correctly...what a dream!

If you're a fan of Paris Hilton or even have watched anything she’s done, you know she’s not your average celebrity. Everything has to be as extravagant as possible from where her co-chef guests will dine to the recipe book she’s crafted and jeweled out in sparkles and glitter. As she’s even said, writing in black or blue is just too boring, why not write in rainbow?

Trust me on this, when I say you're not tuning in to a regular cooking show. This isn’t Martha Stewart teaching us how to cook, this is Paris figuring out how to cook. It’s an interesting spin on a cooking show because the audience seems to know more about cooking than the host! If you're looking to humble yourself, if you feel like you don’t know your way around the kitchen as well as a laugh then this is the show to watch. Who would’ve thought somebody didn’t know what a whisk is! 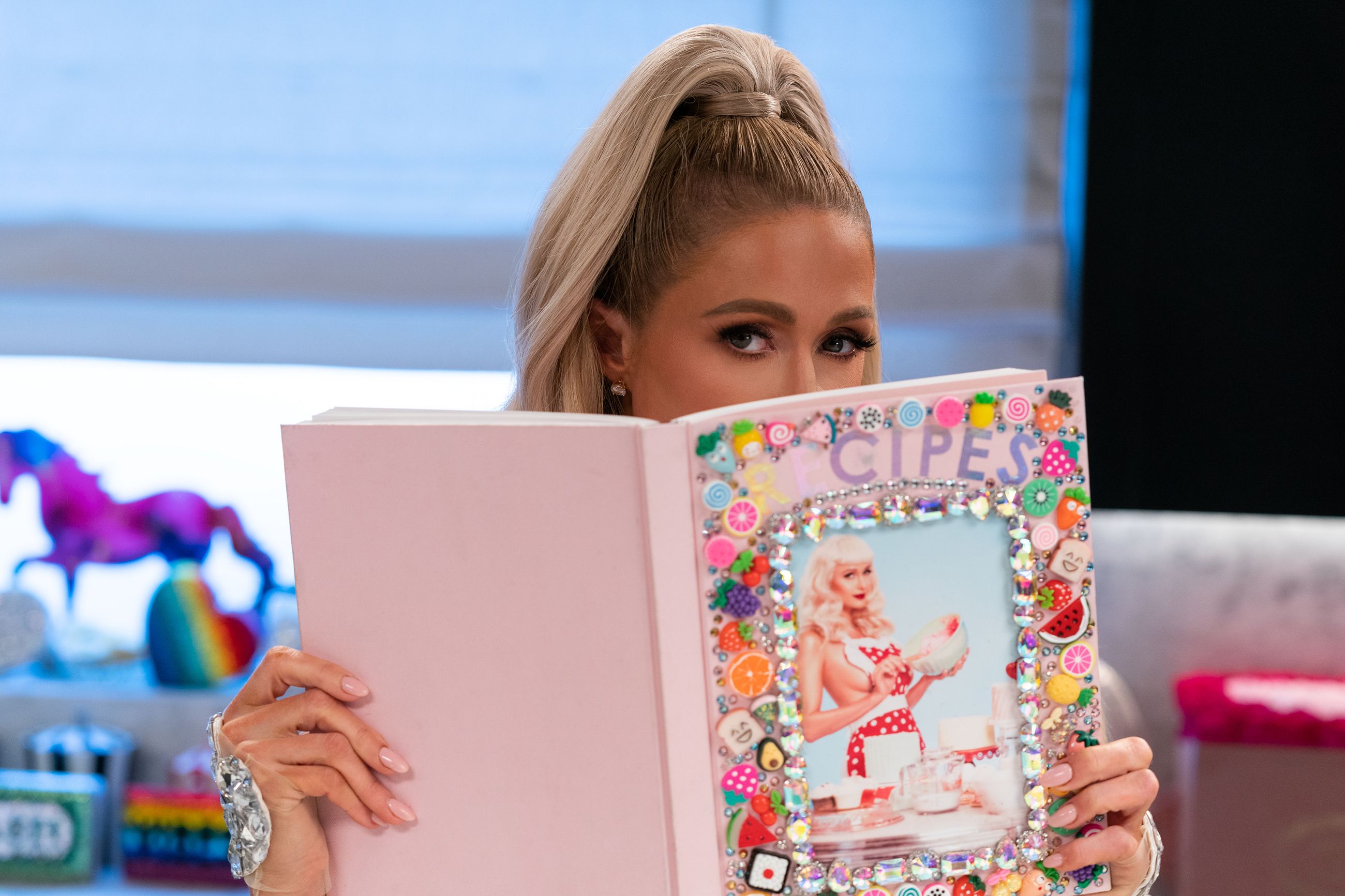 As if Paris Hilton cooking on her own wasn’t enough “wow factor” for her show, she introduces a guest every episode to join alongside her in preparing a meal. Kim Kardashian, Saweetie, Demi Lovato, Nikki Glaser, Lele Pons as well as her own mother and sister step into the kitchen and get their hands dirty (Or don’t by wearing “sliving” gloves). Kim and Paris reminisce on their days of partying while Demi and Kim attempt an Italian night.

In every episode, the dynamics change between Paris and her guests, and it’s entertaining to watch to see if it all comes together or if two heads are worse than one. Old friends, new friends, and family, what is a better variety of sous chefs?

The Extravagance Of It

This is Paris Hilton, of course. It’s going to be extravagant. Netflix couldn’t expect the fabulous socialite to not put a glamorous take on a cooking show. Everything from her outfits to the setup to her ingredients. Everything is extremely extravagant, and we're living for it! Every episode we see her house, more specifically, her dining room is transformed to match the theme of the night, whether this is an Italian, Mexican, or ‘Glam’ theme. I must say, I did not expect anything less. Ingredients that only we could all dream of eating, truffles casually, just like potatoes on her grocery list.

Not to mention how jealous everyone is of her dogs - they are treated like royalty. I mean, we all did see her sneakily giving her dog a spoonful of caviar. Oh, to be a dog for a day in her house!

Paris also cannot go without having the most extra outfits. Dressing up every night in maybe not the most practical, but certainly the most spectacular dresses. Every aspect of this show has been made to be extravagant and what can we say, that’s exactly Paris Hilton summed up. This was probably especially important to factor in, as it’s very clear this show was filmed during the midst of the pandemic. 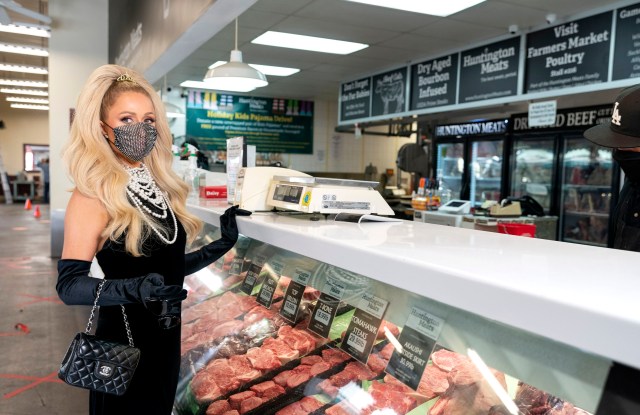 The Good, the Bad, and the Fabulous Recipes

As expected, regular foods did not meet the standard for this show. There had to be some twists on classics. My all-time favorite part was that everything had to have glitter on it. Edible glitter was the most reoccurring ingredient, and I’m here for it. Some recipes were relatively easy to follow along with, while others were a little out of reach. There were some ideas that I think those who want to make a fabulous meal could take away, but perhaps “DIY” marshmallows should be left for the professionals. I, for one, am extremely keen to try to make the pink ravioli that didn’t quite make the plate for show. 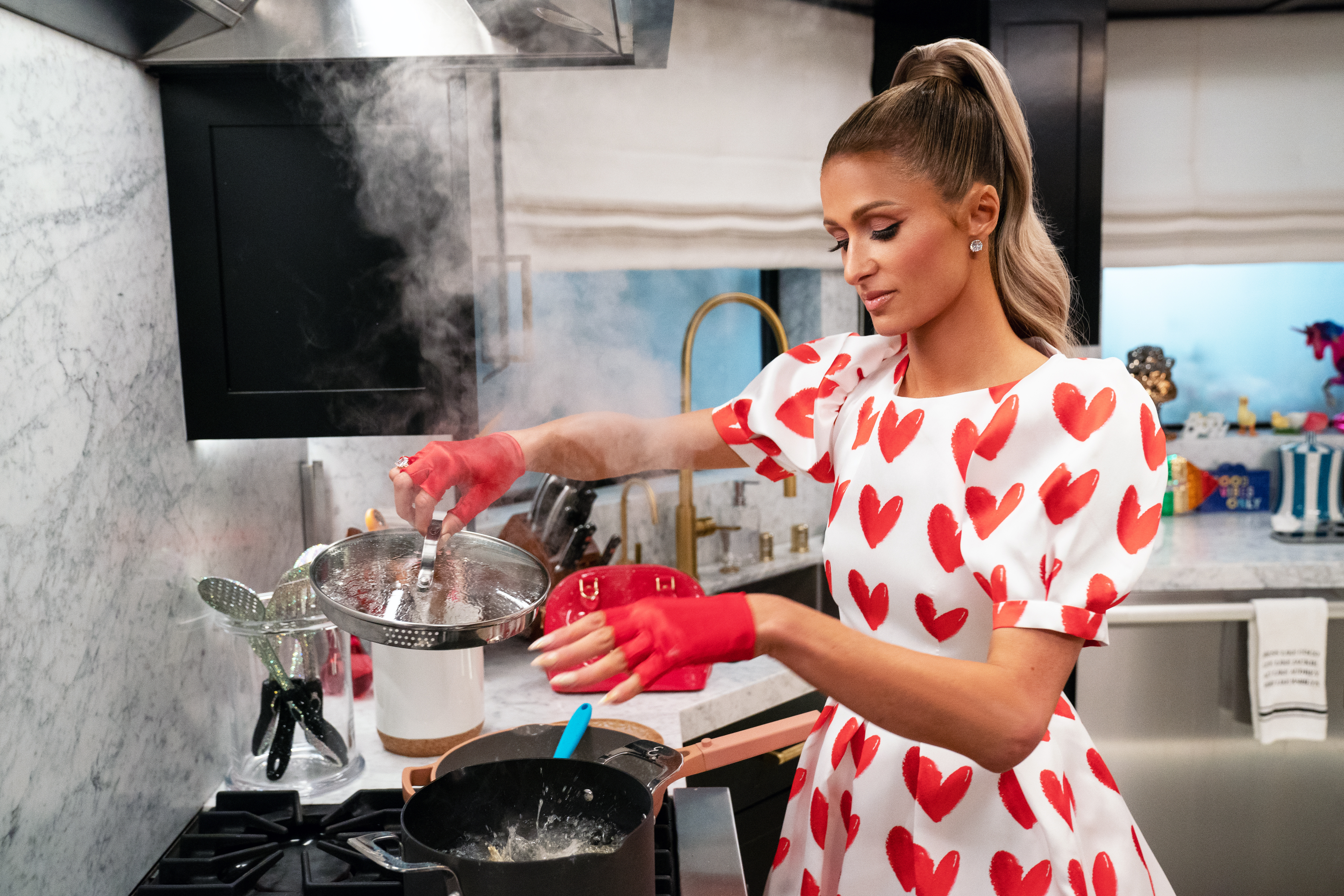 Love it or hate it?

There are two types of people in this world, ones that take life rather seriously and ones that, in the words of Paris herself, “Slive”! (meaning slaying and living). There's no in-between. Many critics have said that this was a waste of a Netflix production, while many are living for the lighthearted funniness of it.

Is there more to come?

Netflix currently hasn’t confirmed a second season of this show since its recent release. It’d be a shame if we didn’t get to see another season of “Cooking with Paris”. There is room for another season. I highly doubt this is the last we will see of the bedazzled cookbook. 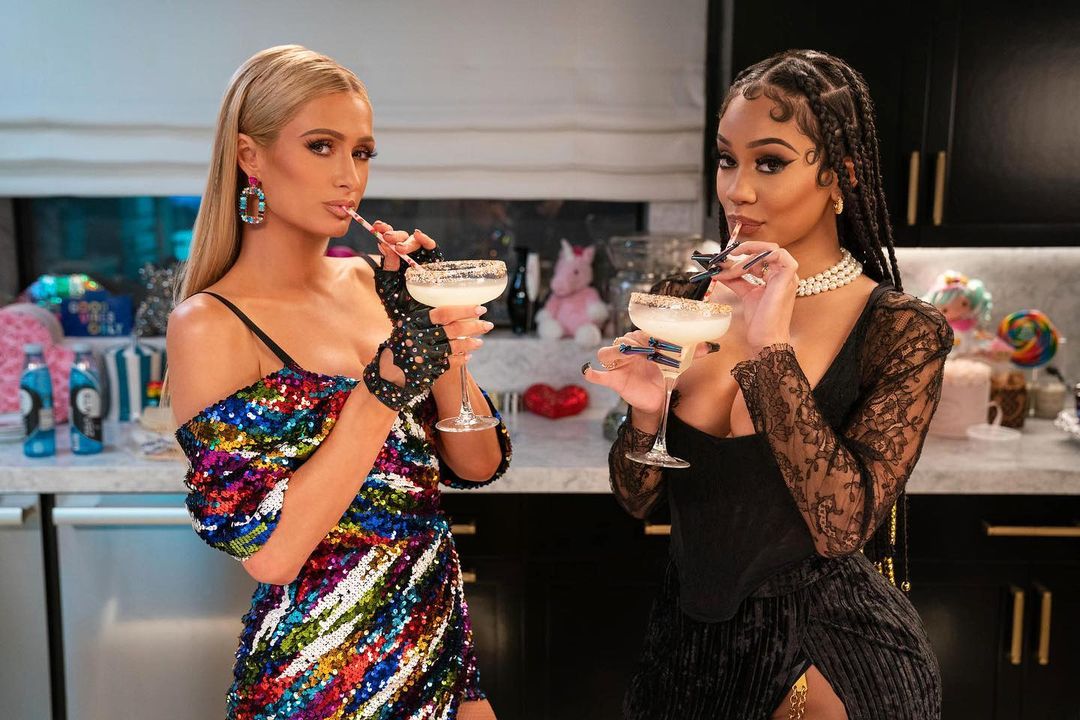 Glitz, glamour, and a hot mess… if you cook, you cook in style. Paris Hilton's “Cooking with Paris” show definitely nailed this. I cannot wait to hopefully see more episodes as well as new guests, recipes, and more. A show that definitely should be talked about and a show you should sit back and watch!