Arianna Fox is not your average teenager. At only 13 years old, Arianna is a published author, public speaker, actress, and entrepreneur. When she was very young, Arianna was taught that no one is ever too young to start working toward their dreams. Since then, she’s taken that lesson to new heights, achieving much more than anyone could have guessed at her age.

We talked to Arianna to find out what motivates her, how she has achieved her goals, and what advice she can give other teens like her who also have huge dreams. Talking to Arianna, it’s clear that she is a very talented, and bubbly young girl who cares a lot about helping other young girls. Through her speaking events, Arianna shares her message that you’re never too young to go after what you want. She gives inspiring and actionable advice, much of which she shared with us in this article (so keep reading until the end!). 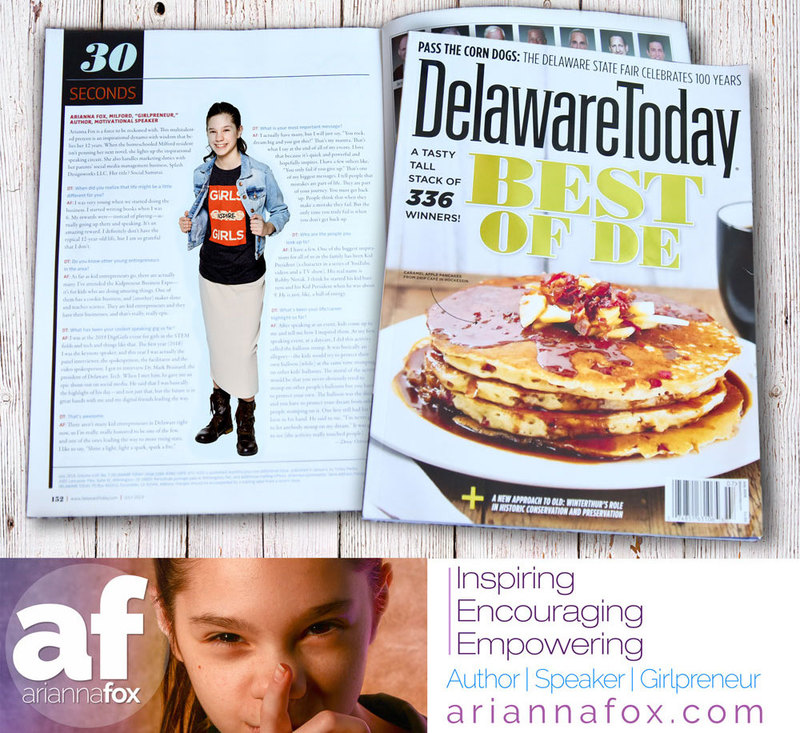 Arianna is known most for her publications, The Princess Chronicles: Not Your Average Princesses, released in early 2017, and her young adult novel, False Awakening, which debuted in her hometown at the Barnes & Noble Bookstore in Newark, Delaware. She explained how hard the process was for finding an illustrator was  The Princess Chronicles: Not Your Average Princesses, three years ago when she was only 10 years old. A lot of things went wrong, and it wasn’t an easy process, but Arianna didn’t let any setbacks or obstacles make her give up on her goal of publishing her first book. She says, “[Publishing The Princess Chronicles] took a long time, and a lot of blood, sweat, and tears, but all that effort made the book much much better.”

“It was amazing finally getting both of the books in my hand and I'll never forget how exciting that was.” 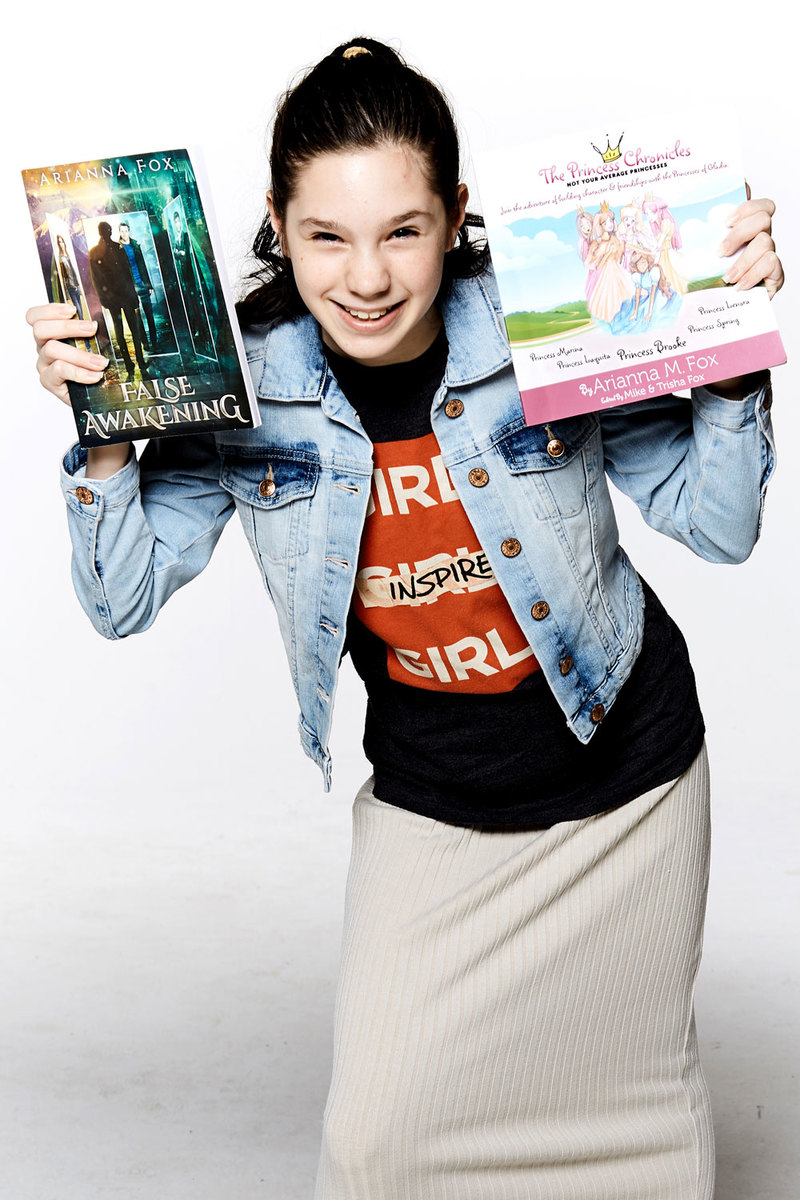 Among her many projects, Arianna is currently working on her third novel, Sabre Black, which will come out in the Fall of this year.

One of Arianna’s greatest strengths is that she doesn’t let her age or fear of criticism keep her from achieving her goals. She encourages other young teens to work toward their goals, no matter how ambitious, and to not be deterred by their being young. In this technology-driven age, anyone with a computer and internet connection can start something, no matter their age or background.

Some of the greatest obstacles for teens to go after a seemingly impossible goal at such a young age however are all the social pressures of fitting in, the fear of being judged, the fear of putting yourself out there, etc.. We asked Arianna how she has overcome all these fears, and how anyone can do the same.

What advice would you give other teens to deal with criticism and/or the fear of what others might think in order go after their dreams? 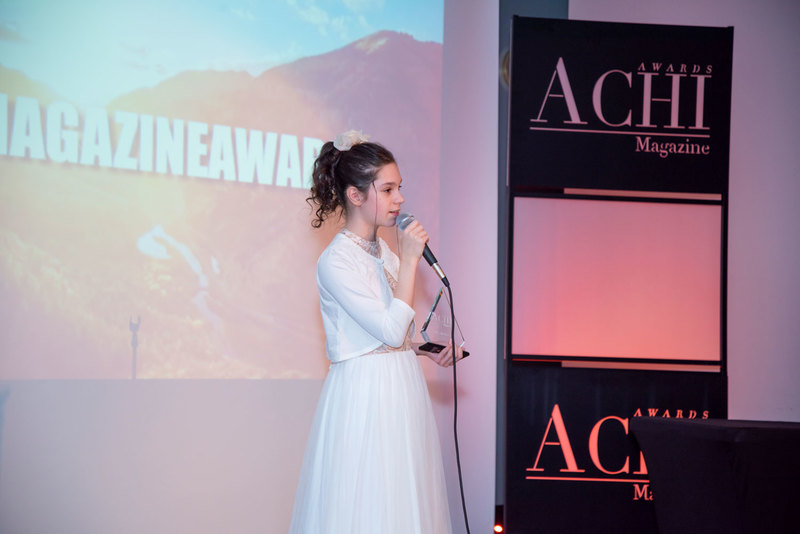 In addition to writing, Arianna also does public speaking events. While Arianna says that public speaking came naturally to her, and she loves speaking in front of a crowd, there are many things that she has learned to make giving speeches more natural.

When asked about what she does to prepare for a speech, Arianna says “Most of the time I try to memorize the script fully because that way, I don't stutter over my words. But I also do leave it open for improv and impromptu add-ins or take outs. There was this one time when I was speaking and I was getting a little bit lower on time, so I actually just in the spur of the moment cut out one of my stories that illustrated a story that took extra time. That way, I could just keep going onto the next good subject that I want to talk about. So I do have titles and talking points and things I really do want to stress, and other things that are not as important.

“I would definitely suggest for anyone to try to pursue a public speaking career that you memorize your scripts well enough so you know it like the back of your hand or the front for that matter, but you also leave room to improvise.”

What was your first public speaking event? And how did that go?

Since then, Arianna has progressed a lot in her speaking career, having given dozens of speeches on girl empowerment to spread her message of hope, inspiration, and self-confidence. Her biggest event to date was DigiGirlz, an event sponsored by Microsoft and Dell promoting a digital game, where she was given the role of keynote speaker. 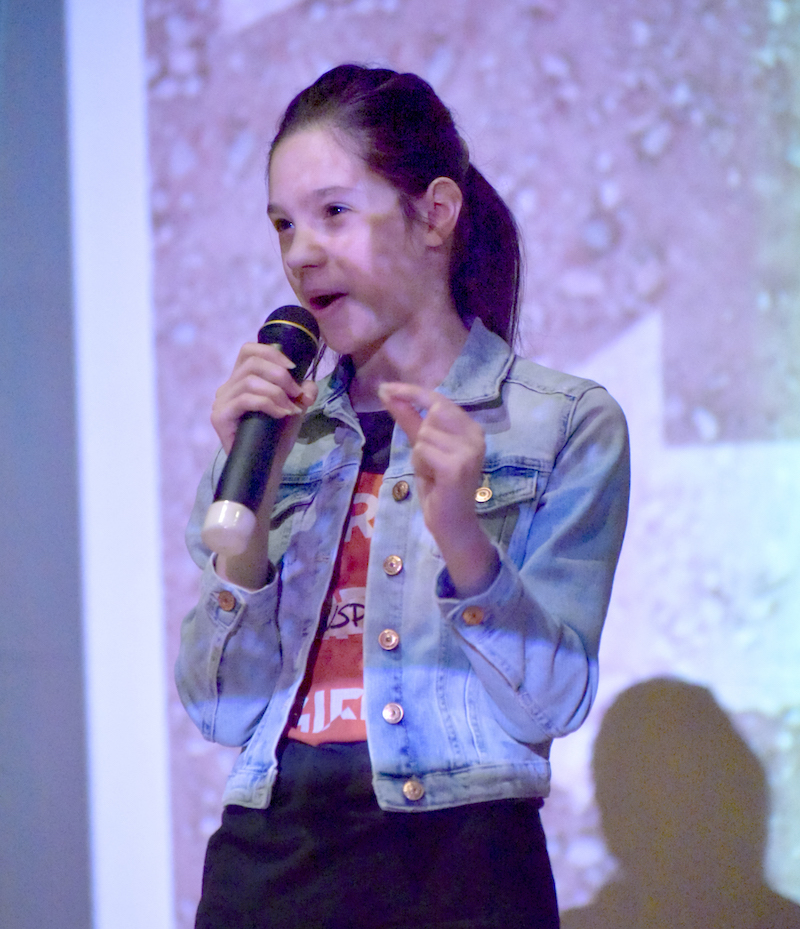 What advice would you give a classmate who is really scared of giving a presentation in class? How would you help them get over their fear?

“I would say just keep practicing and practicing. Really--if you know your stuff, and you know that you're good at it, you will definitely be confident. Also, make sure that whatever subject you're talking about, you are passionate about it because then that will also apply a boost of confidence. It also helps to practice in front of a mirror or film yourself getting better. I actually like to use the tactic of filming yourself as opposed to practicing in front of a mirror because if you film yourself, you don't really see yourself until you hit the ‘stop-recording’ button. I would also suggest practicing your speech in front of family or friends that you know would support you, and ask for their feedback. If the speech is in a classroom setting, then find one or two friends to speak to [whom] you know would be supporting you. It would be best if they're on different sides of the whole audience so you don’t look at the same side the whole time.” 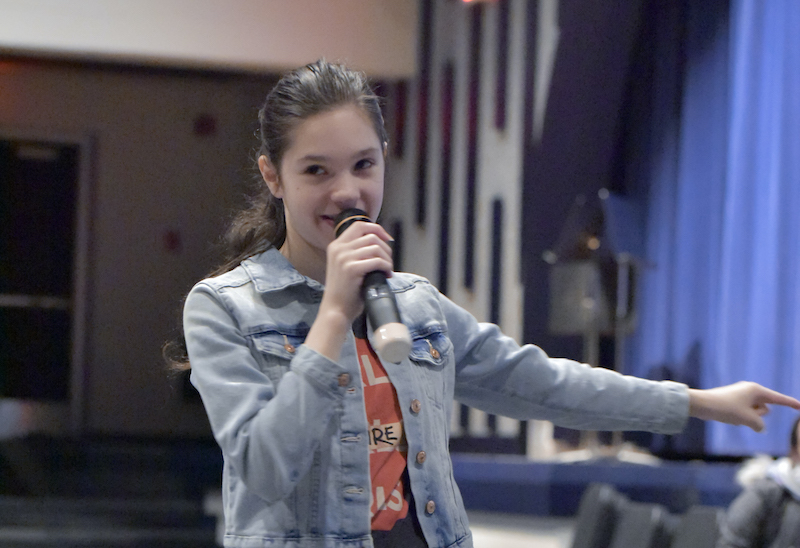 Because of all of her commitments, Arianna uses to-do lists avidly to keep track of everything she wants to get done in a day, and to keep herself accountable in achieving her goals. When planning her long-term goals, Arianna explains that she’s a fan of vision boards, and everyone in her family has one. Right now, hers is right above her bed so that it’s the first thing she sees when she wakes up in the morning.

Another key motivator for Arianna in writing her new book, Sabre Black (read more about the book here), is the sword she was given by her parents as a birthday gift that looks exactly like the one she envisioned one of her characters would have. 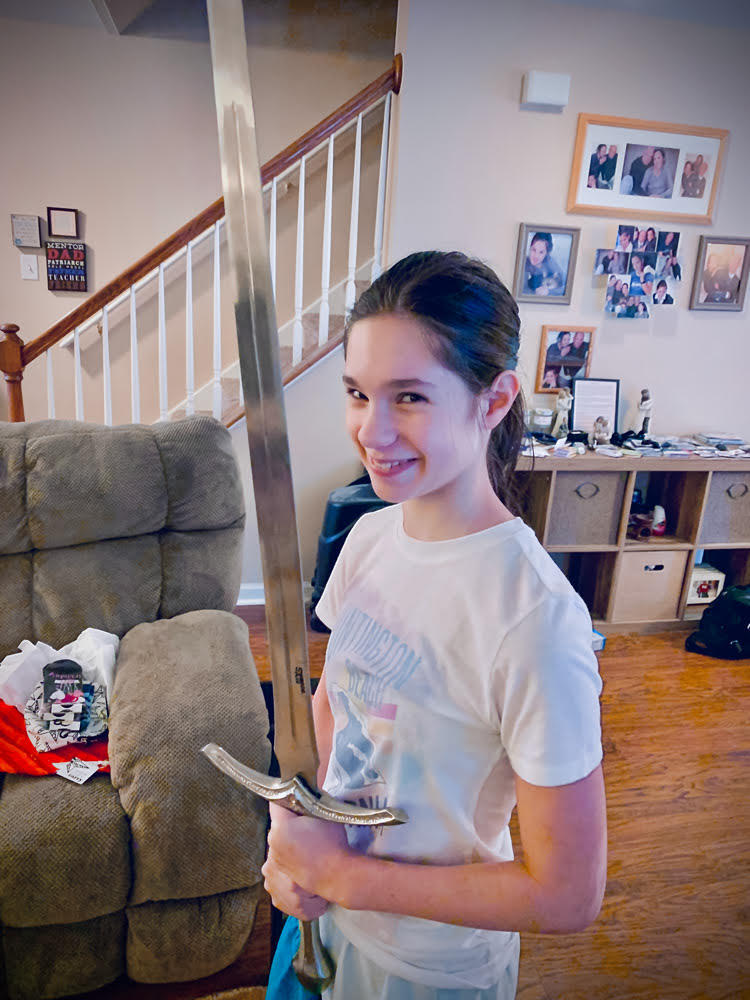 “Having something physical, other than the dream board, also reminds you of whatever it is that you want to accomplish, and it really works for me for motivation. I am currently working on my third book and it's about basically this winged race of people, and the main character has a really cool sword. And for my birthday last year, my parents gave me an amazing sword that looks almost exactly like [the one my character has]. I put the sword up on my dresser so I see it literally every day, and it reminds me to write.”

If you could only pick two pieces of advice to other young girls, what advice would you give?

"You're never ever too young."

“The second thing is something that is always true and always will be in my heart and that is that success takes hard work. Some people think that success just comes by accident but unfortunately, it doesn't. What it does take is hard work, and if you work hard, and if you keep rocking it, then you will succeed.”

Arianna has big dreams for the future and continues to grow as both a writer and public speaker (find out more about her public speaking events here). Her new book, Sabre Black, is about a teen who struggles to be good despite having been born to the black-winged Andorians. The book explores themes of good and evil, overcoming insurmountable odds, and self-realization. Read more about Arianna’s three books in this special feature article on The Teen Magazine. Heather is a sophomore in college interested in business and entrepreneurship. She writes for The Teen Magazine on the side and runs her own online business where she sells T-shirts and dorm decor. She hopes that her articles can inspire teens to pursue their passions and make money doing it.