On Saturday, in a post on Instagram, Kylie Jenner revealed a summer collection of Kylie Skin would be coming out soon. the caption read, "She feels like summer. Are you ready for drop 2?"

She feels like Summer ✨ Are you ready for drop two?

Almost three hours later, another video was posted on kylieskin, showing three products that Kylie would be launching on July, 22 on kylieskin.com, joining the Kylie Skin collection.

"This summer trio is all about B O D Y," the caption read. "Coconut Body Lotion, Coconut Body Scrub, and our Broad Spectrum SPF 30 Sunscreen Oil. You will fall IN LOVE with these products launching July 22nd along with the restock of our first drop!"

We’re so exited to announce DROP TWO for Kylie Skin! This summer trio is all about B O D Y ✨ Coconut Body Lotion, Coconut Body Scrub, and our Broad Spectrum SPF 30 Sunscreen Oil. You will fall IN LOVE with these products launching July 22nd along with the restock of our first drop! Stay tuned for more details..

I’m so excited to reveal Drop Two for @kylieskin! This time its all about body 💗.. Coconut Body Lotion, Coconut Body Scrub, & my Broad Spectrum SPF 30 Body Oil ✨ these amazing products launch on July 22nd along with the RESTOCK of my first drop! #KylieSkin

Later, Kylie gave a brief explanation about each of her three products in her Instagram stories. The three products are perfect for summer and after the success of the first drop of Kylie Skin products, there is no doubt that will go crazy for these too. Kylie also revealed that drop 1 would be restocked on 22 July.

She had previously teased the launch of a sunscreen in a Youtube vlog some weeks ago. She had let it slip that a Kylie Skin truck will be hitting the streets of Southern California, selling all the Kylie Skin products along with summertime frozen treats.

Kylie Jenner had launched her Drop 1 of Kylie Skin almost two months ago, on May 22. The collection was sold out in FOUR MINUTES, following up a number of positive fan reviews! Kylie had exclaimed on her social media, adding that she was extremely grateful for her fans.

"We SOLD OUT in 4 MINUTES this morning! What is life. Thank you for putting your trust in me with @KylieSkin i love love love these products and can’t wait for everyone who got one today to try."

The products were restocked on June 10.

Despite the fact that there's a complete frenzy to try and get these products, there has been some slight backlash because of certain ingredients on the labels, including "fine walnut powder." Fans were quick to call out the ingredient because it could cause micro tears on the skin. Still, Kylie Skin promises that "everything is cruelty-free, vegan, gluten-free, paraben and sulfate free and suitable for all skin types and dermatologist tested." 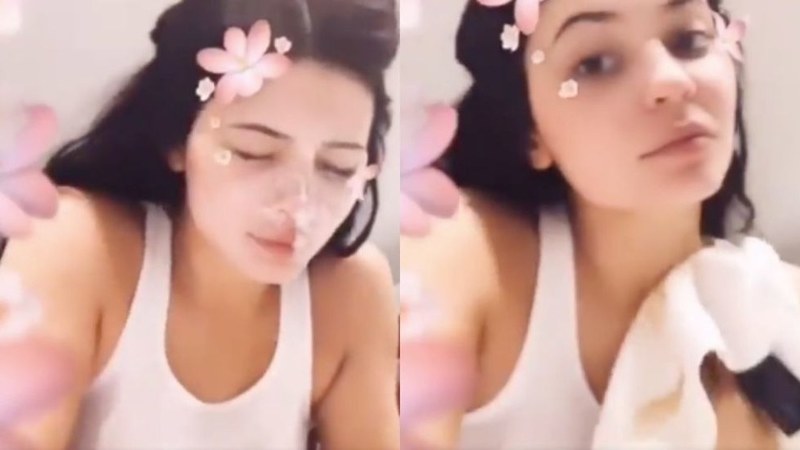 In the week following the first launch, Jenner shared a Kylie Skin tutorial that had Twitter riled up once again. The now infamous video features Jenner washing her face with the brand’s Foaming Face Wash and then wiping it off on a fluffy white towel. After closer inspection, it’s clear the towel was covered in foundation. But, when the fans used it, they soon realized it was actually good.

WHAT IS JEFFREE STAR SAYING?

When a makeup blog, TrendMood posted a picture showing Kylie's new products, Jeffree Star, commented under the post, "Hahahahahha." Judging by his comment it wasn't hard to figure out that Star was not impressed by the products.

However, back in May, after James Charles drama, Jeffree Star had posted a video apologizing and had said, he will never handle a situation like this again. Which is probably the reason why a fan asked, "mhh, Wasn't you tired of drama? Are you the same who said you will not involve in any scandal coming? You can't keep with your own words...Be consistent and practice what you speak." 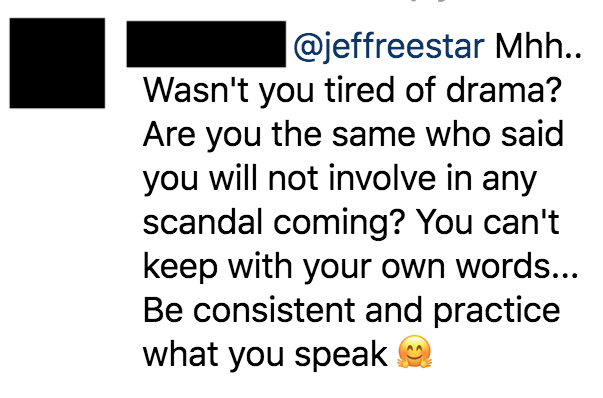 To which, Star replied that "he is allowed to comment on anyone's releases" and "it's his job". He says that Kylie's "first skin-care drop was a complete joke and was basically a money grab." 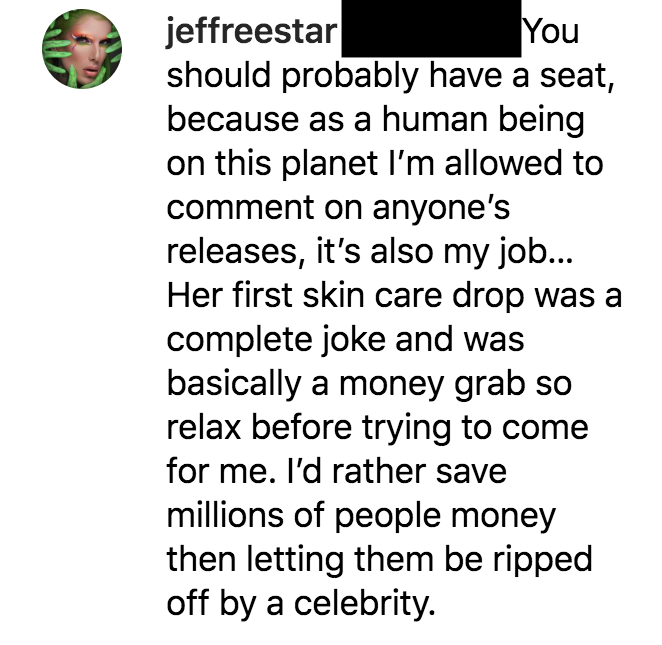 What do you think of Kylie Jenner's new skincare collection? Have you tried it, and do you think Jeffrey Star's ? Let us know in the comments!

Khushi is a 17-year-old young writer who is usually updated with all the news. She is in grade 12, looking for to becoming a computer engineer. Apart from that, she loves to read books, and is currently working on writing one. She is usually an introvert, but when you get to know her, she's cool!

The Story Behind The Shoe: Dr. Martens

10 DIY Ways to Give Old Clothes a New Life

Easy Detox Drinks That Will Kickstart Your Day

Cute Gym Shoes that Will Make You Want to Exercise