Before 2020 became a year characterized by the unfathomable loss thrust upon us by COVID-19, it was going to be a year dedicated to saving the planet from the ever present threat of climate change. Pre-2020 plans were made for world leaders to meet in Glasgow, Scotland; 196 countries were expected to bring forth their refurbished game plan for meeting the emission reduction goals established under the 2015 Paris Agreement. These plans were quickly foiled by the cruel tentacles of COVID-19. Leaders were now focused on saving off the current crisis presented by the pandemic and were unable to devote the time, resources, and social proximity that such negotiations required. Consequently, the meetings were hastily rescheduled to an unspecified date sometime next year.

All across the world the pandemic has forced people to adapt varying forms of social distancing and self isolating. People remain home instead of going to work, to the beach, to the mall, or to any place besides the grocery store. In fact, over one third of the entirety of earth’s population was forced to take refuge in some form of lockdown.

Under the incredible amount of death and loss and pain is there any sort of silver lining that we can cling to? The answer is yes. While we’ve been stuck inside, our absence has allowed the environment to flourish. Here are the ways the world outside has been improved while we’ve been watching from the window:

It’s no secret that as humans we occupy a lot of space. From huge shopping malls to vast apartment complexes and sprawling cities we like to make our presence known. As we expand, we force back the wildlife that once lived in the places we cultivate. Where there were forests there are now McDonald’s, where there were once rolling plains there are now Forever 21’s and Gucci stores. Animals have been taking advantage of our absence and through the time we have been in quarantine many unique animals have been spotted in usual places. Without pollution from boats frequenting the waterway, fish have been spotted swimming in the Venice Canal. No longer hidden from view by dirty water the fish are visible as they frolic through the streets. It is a reminder that in their usual state the quality of the water hides an entire world beneath its merk. 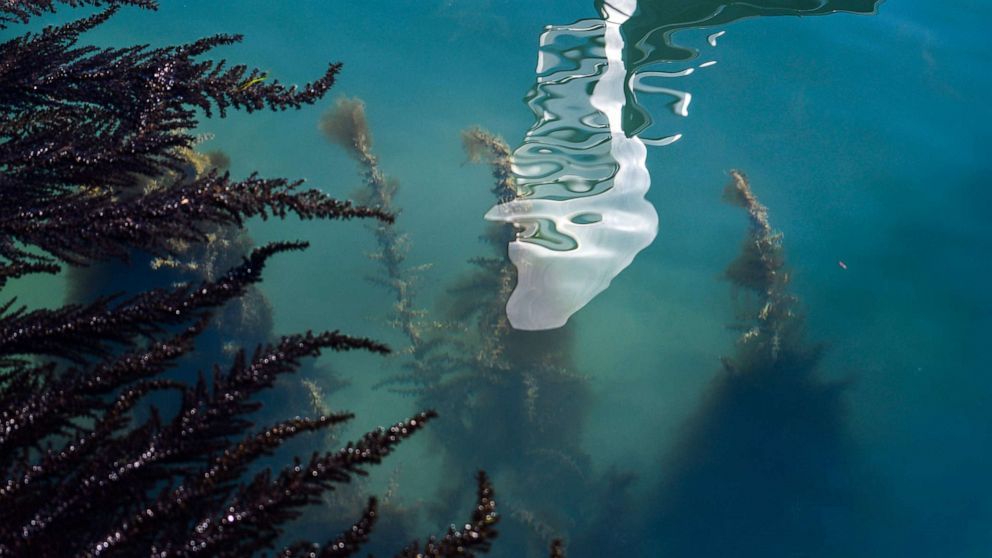 In Llandudno, Wales wild mountain goats have made themselves comfortable in the parking lot of a closed down McDonalds. Nibbling on the grass growing in small patches around the McDonalds, they didn’t come for the burgers, but they still appeared to have a good time as they were photographed by a passerby on their way to the restaurant. 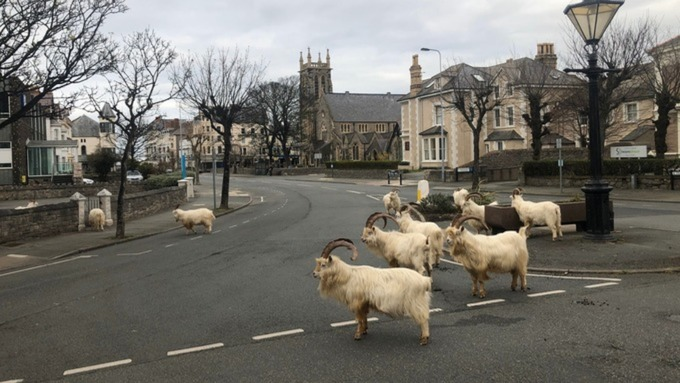 Bears have been photographed at the Yosemite National Park in California in enormous numbers. While bears are not an unusual sight at Yosemite National Park, the staff is astonished to find the extent of which their numbers have grown while the park has been closed. Without constant attention from tourists, the population has soared and the bears are being spotted in the open. 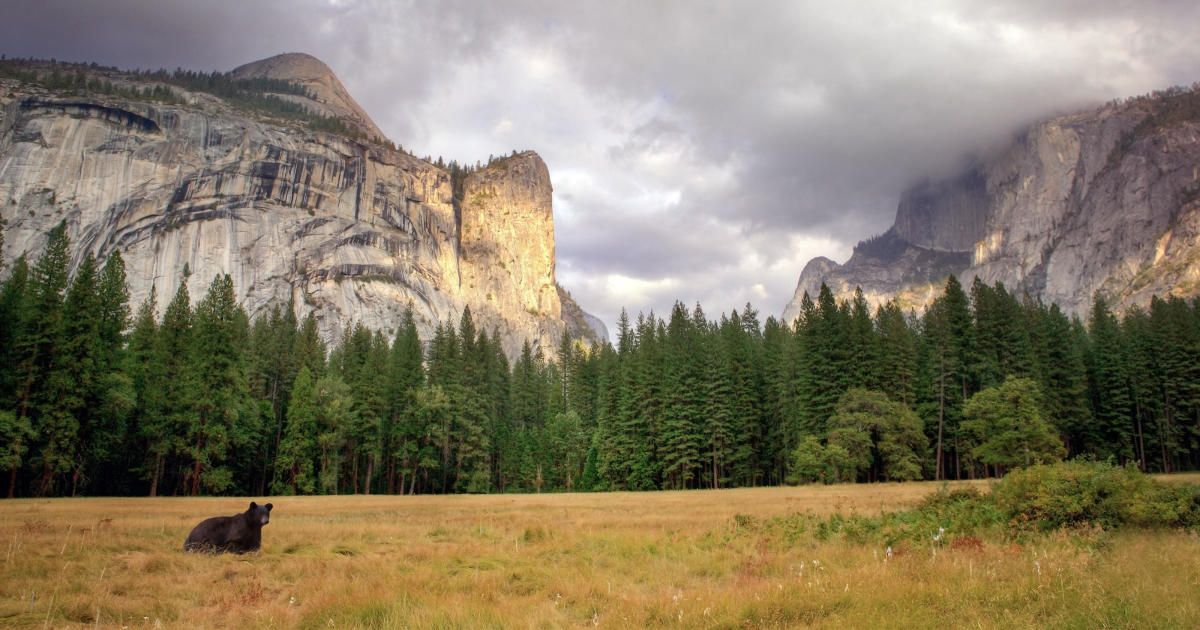 Deer are overtaking East London and making themselves at home in the open spaces on front yards. 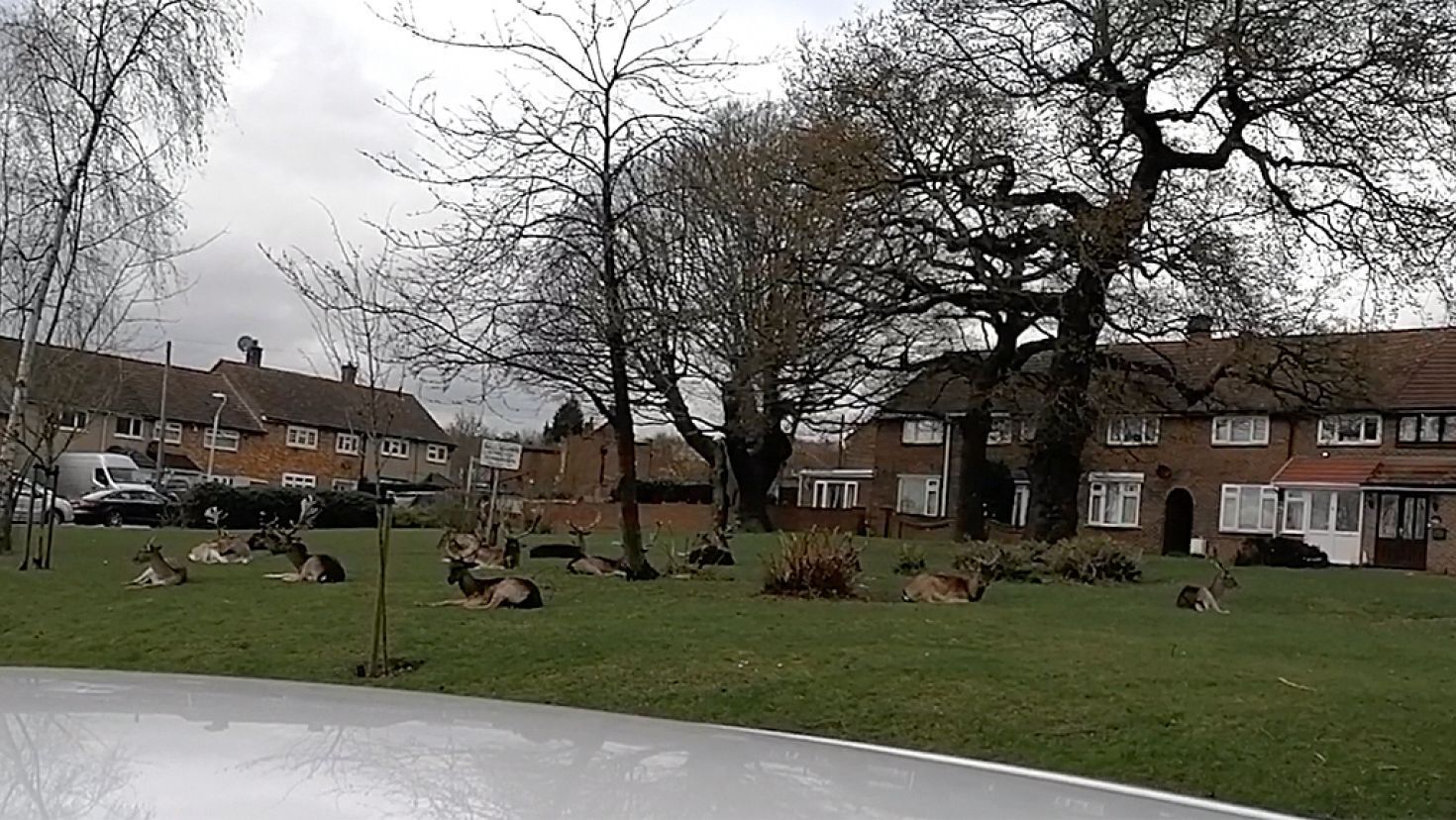 Wild boar families are enjoying lockdown by frolicing through the streets in the northern city of Haifa. 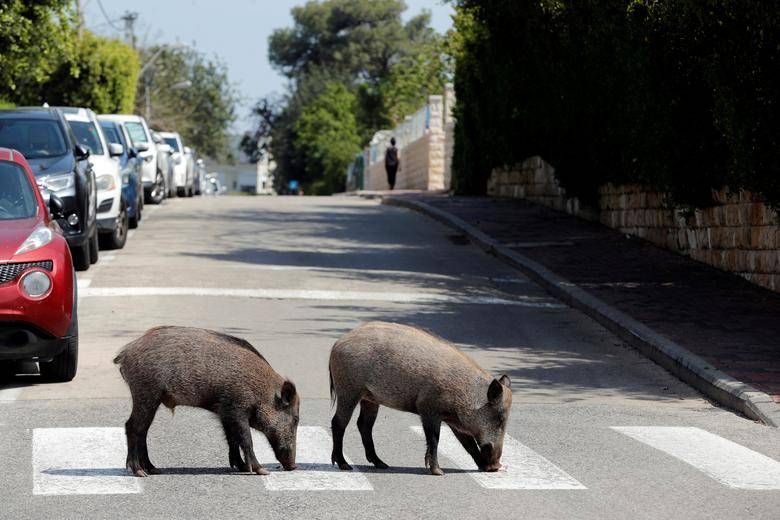 Additionally, rare leatherback turtles in Phuket, Thailand are using the empty beaches to resupply their numbers. These turtles are considered an endangered species and have been suppressed by tourists occupying the beaches where they build their nests, however, with the absence of people, they have been able to reclaim their territory. 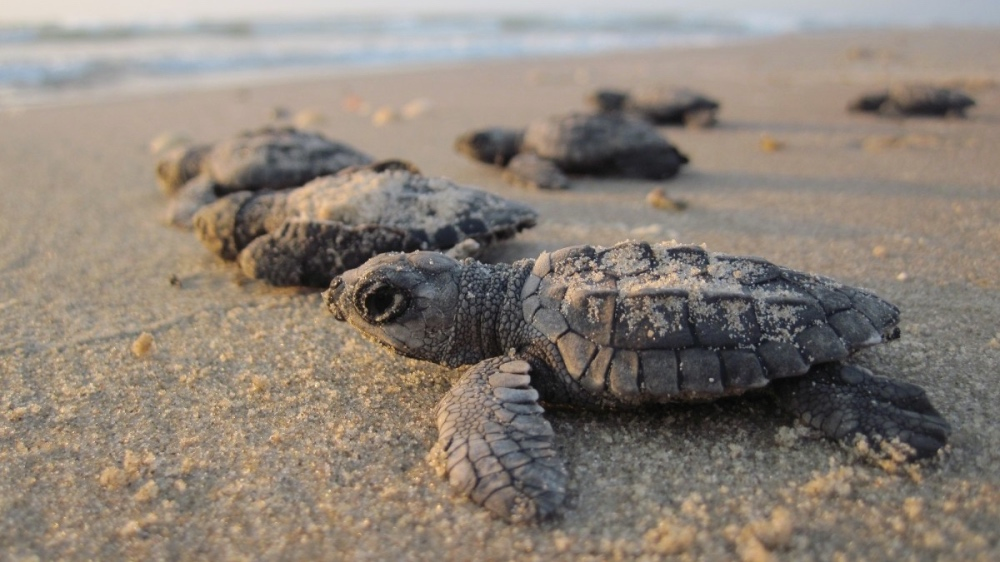 Greenhouse Gasses Have Been Reduced

During the pandemic, many industries and businesses were forced to postpone production. This resulted in a dramatic decrease in greenhouse gasses. In fact, this decline of more than 1 billion tons of carbon dioxide emission is unprecedented. While lockdown has not been beneficial to the economy, it has been very favorable to climate change. Industries such as commercial flying, driving, hospitality, and industrial manufacturing have suffered devastating losses, however, it has been estimated that in their absence total greenhouse emissions may fall up to 7.5%. This is great news especially when it is taken into consideration a report issued by the United Nations last fall which broke the grave news that to avoid the worst of climate change, global greenhouse emissions would have to begin falling by 7.6% each year. While a global pandemic is not the ideal way to achieve our climate change goals, the drastic measures we have been forced to take are actually benefiting us and the world around us more than we know. 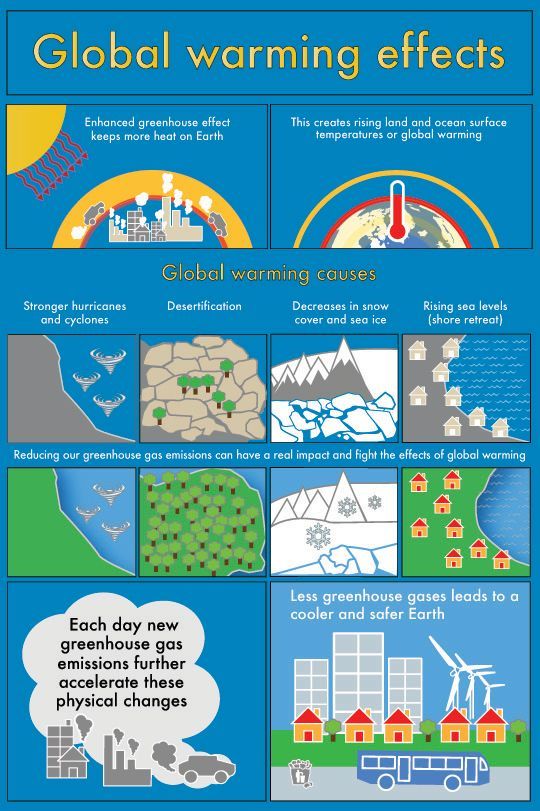 Air Pollution Has Gone Down

Before the global pandemic confined 11 million people to some form of lockdown, air pollution was threatening lives. To be exact it was threatening the average of 3 million people who die each year from air pollution caused ailments. Air pollution reaches 80% of people living in urban areas and 98% of low-income countries fail to meet the World Health Organization (WHO) air quality standards. While the world has been kept inside, air pollution has been significantly reduced. Levels of nitrogen dioxide over cities and industrial areas in Asia and Europe have been lowered by 60% and places like New York and other metropolitan areas have experienced drops of 30%. This is good news for people hoping to avoid accelerated lung aging, asthma, and overall shortened lifespan caused by air pollution. This reduction in pollution has cleared the way for some incredible views of the Himalayas in Asia. Pedestrians have been able to capture the irreplaceable landscape of the Himalaya mountain range, because the air is so clear. It is the first time it has been visible for 30 years and passersby are taking full advantage of the moment by sharing beautiful pictures of their backyard view. 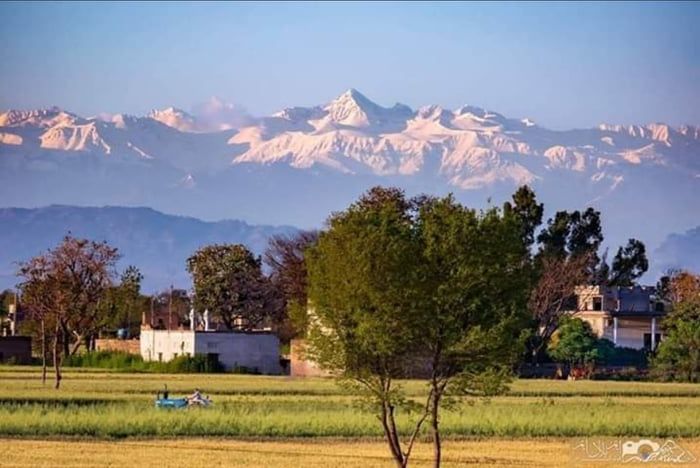 Is climate change solved? The answer is no. Climate change is a long battle that we will continue to fight. The positive changes our environment experienced during the lockdowns are unfortunately only temporary. When commercial airlines return to maximum productivity the Himalayas will become invisible again. When people go back to driving to work and industries open again, greenhouse gasses will continue to rise into our atmosphere. When we return to lives filled with school, trips to the malls and the beaches, and eating out, the animals will once again retreat into their secret worlds and out of sight. The progress we have made will be reversed. We can only learn from the experience. We can realize how much we really affect the environment around us. We can realize how much damage we are capable of causing. And hopefully we can realize how powerful we are when we come together. Whether we are battling a global pandemic or a climate crisis, we have the power to impact change. Let this be a lesson to us that nothing is out of our reach. We are capable of regulating greenhouse gasses, of reducing air pollution, and of making our home animal friendly. Together we can accomplish anything. 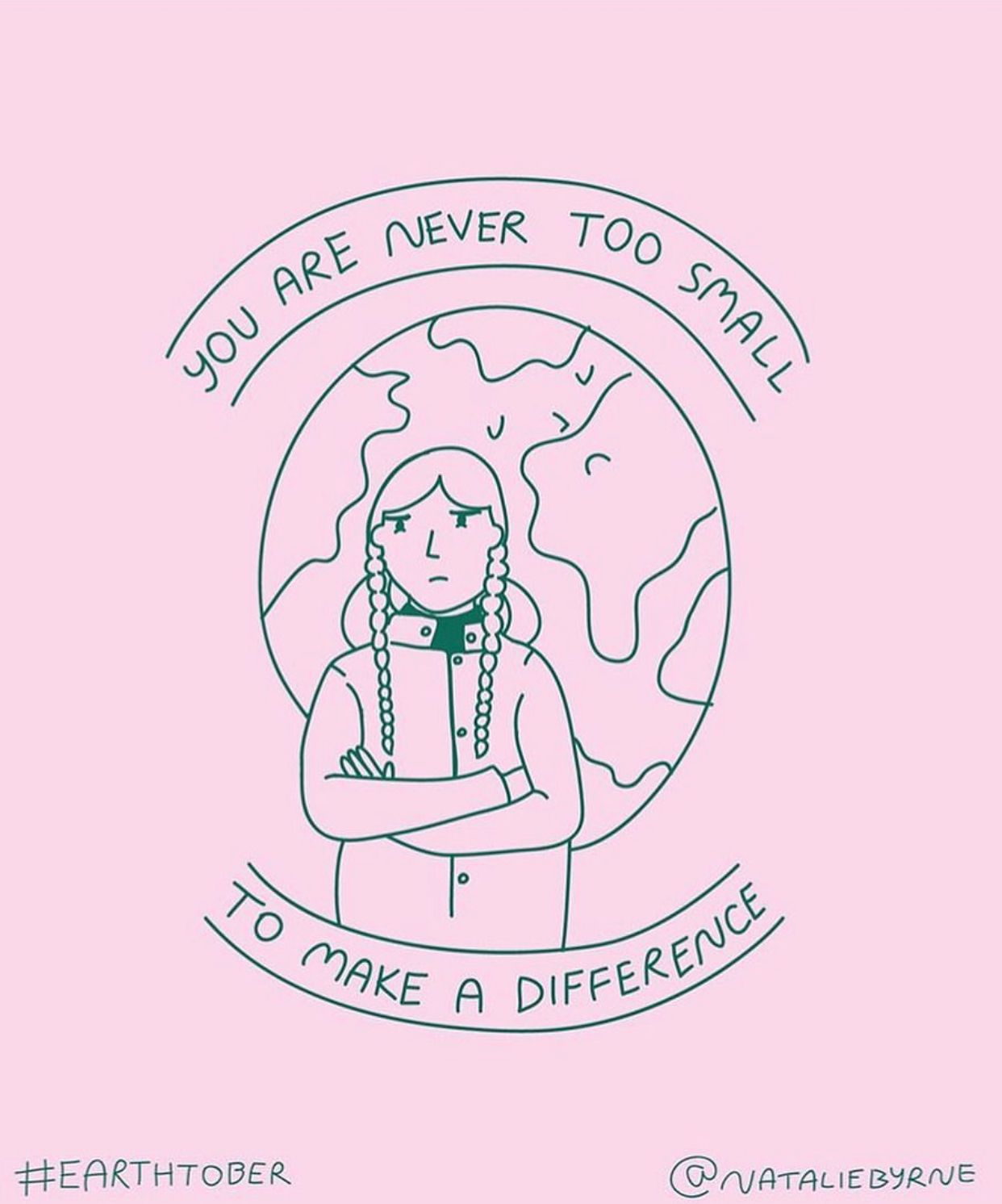 No, Our Asian Identity Does Not Mean We Carry The Coronavirus

Being an Asian International Student in the US 8 Things That Will Never be the Same After This Pandemic is...

My Skin Is Not a Crime

No Freedom Until We're Equal

The Islamic Perspective on Mother's Day