By now, everyone knows about the new lethal virus that has taken a pandemic form and is causing the deaths of many people around the world. It's quite shocking and our condolence goes to the family of the victims of coronavirus. The main source of it is still unknown and no one can say how long a vaccine may take to get ready. There are plenty of explanations about the real cause of it but it's yet to be known.

The majority of health experts have opined that bats, pangolins or some other animals may be the source of it. And some others support the fact that many ancient viruses come out from the melted glaciers due to the globe's heating up. A few years ago, a team of researchers from the US and China traveled to Tibet to collect samples of Earth's oldest glaciers and found 28 unknown viruses from a block of 15000-year-old ice (7 News, 29 January, 2020). So, many are suspecting that in this perspective, global warming can be responsible for this outbreak. However, only nature knows the answer now. 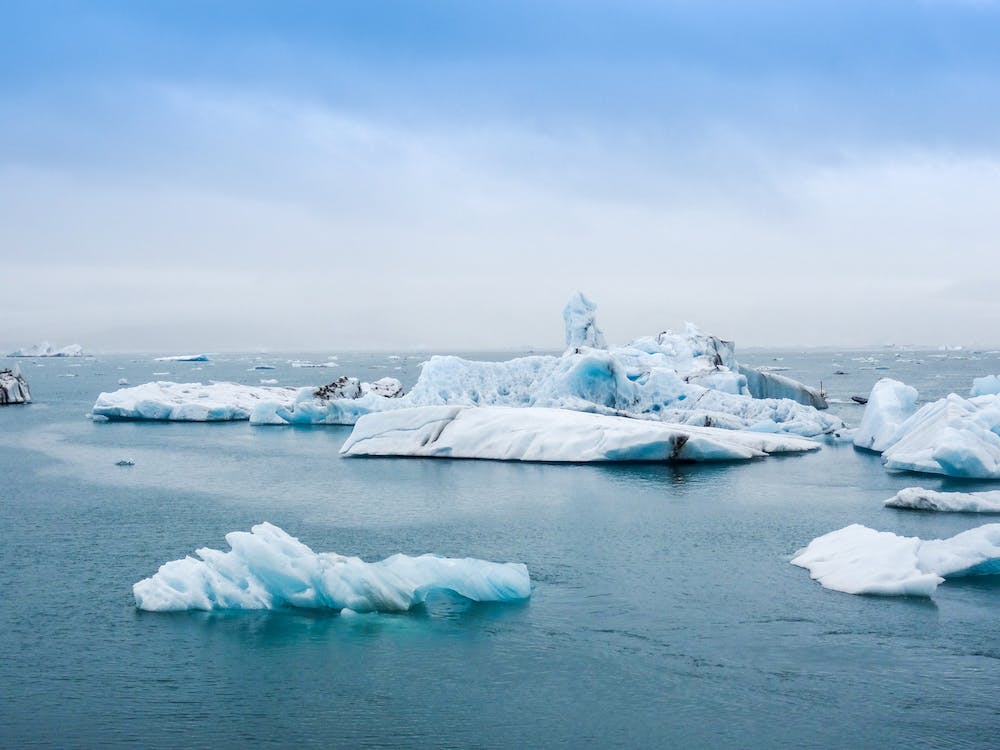 For a good number of years, human beings are increasingly adding more causes for the erosion of the natural environment. The expansion of the greenhouse effect, the melting of the icebergs, the covering of the clear skies with ash smokes and so many are the brutal truths of today. Advancing with the modern civilization had blinded human beings so much that they almost forgot why they're alive in this world. Recently there had been some awareness about this concept and people became conscious that this can bring disaster in human lives too. But there still weren't any massive steps to reduce the killing of the Environment.

Recently, it has been observed that some adversities are recovering at a high rate. The cities and towns which are in lockdown are showing some good signs for nature though tragedy is taking place over it. But still, nature is healing its wounds during this time.

1. Air pollution has been reducing rapidly 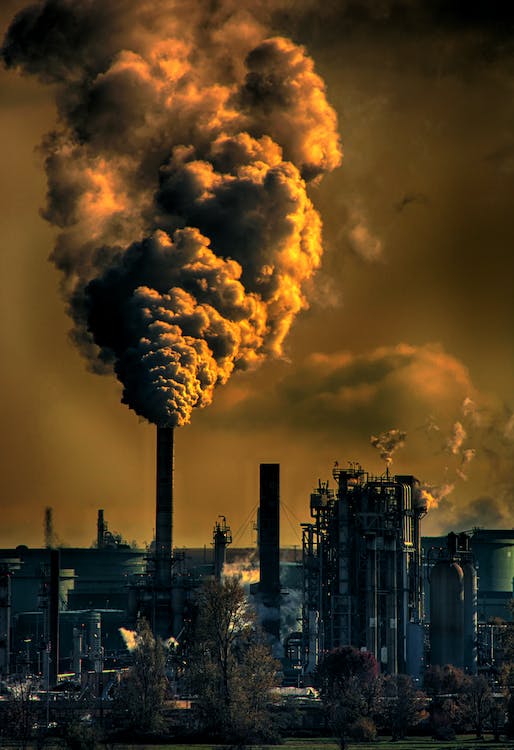 The closure of factories, markets, shops, public transports due to lockdown has been cleaning the smoke-filled skies and poisoned air. In major cities of the world, emissions of Carbon monoxide mainly from cars has been reduced by nearly 50% compared to the last year as the researchers in New York say (BBC News, 19 March, 2020). They've found out that there is a significant drop in Carbon dioxide and methane as well in the shutdown places. Coal and oil industries are closed which do not emit any greenhouse gases, burn any fossil fuels, or use the Earth's air as a source of discharging the polluted black smoke. According to news, Delhi's air pollution levels have started to drop immensely as the whole nation of India goes through lockdown for the coronavirus fears (The Guardian, 11 April, 2020) The most populated towns and cities having more pollution are now ruled by nature where human beings are forced to stay inside homes due to fear of death.

2. Water bodies are getting clear 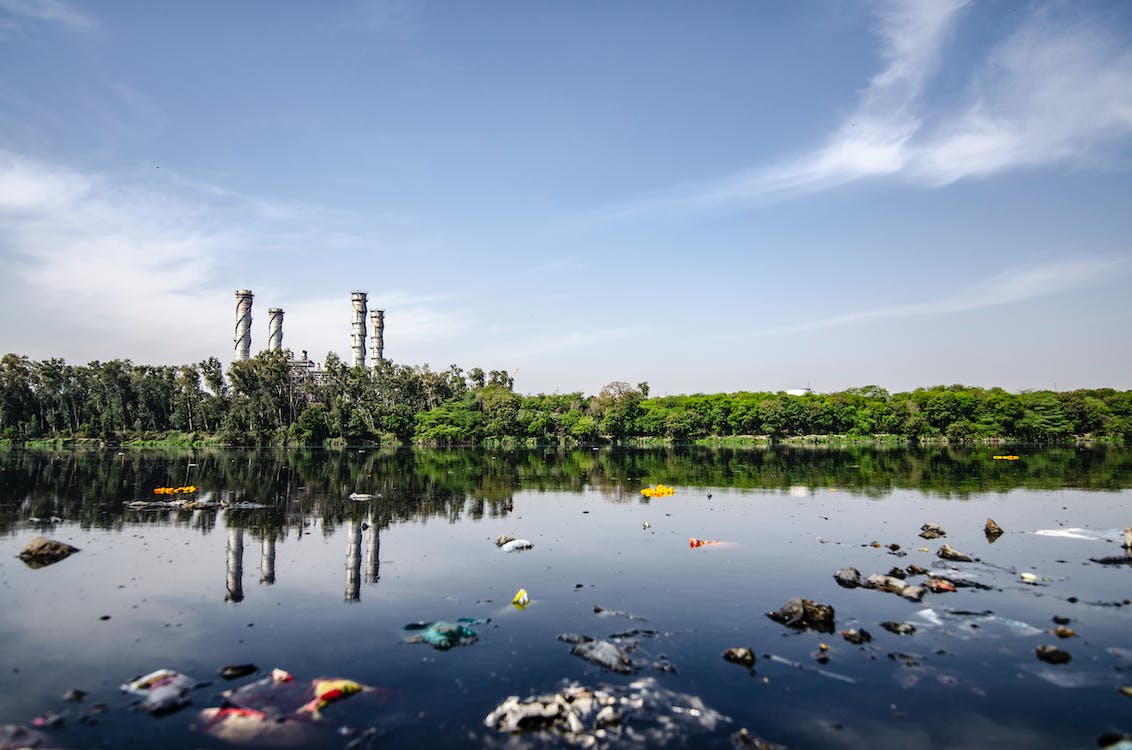 The outbreak of the COVID-19 has dropped the pollution of water bodies greatly. Discharge of industrial wastes, poisonous chemicals, unwanted pollutants in water bodies had been eventually reduced due to the national lockdowns. When everyone's staying at home for strict declaration and finding it hard to live the same repeated life every day out of boredom, nature's ruling over the world spreading its glory. The forcible stoppage of human's excessive needs had to be done for the healing of nature's damage. According to recent news, the canals of Venice look crystal clear while the city's going through extreme panic and is almost paralyzed (NBC News, 19 March, 2020). Fishes are now seen to move freely in the canals and waterways.

3. Less release of industrial and other wastes in soil

I think that the contamination of the soil and the earth through the discharge of toxic materials have lessened during this year as the whole world's busy about the panic on COVID-19 outbreak. Though not much apparent, in my opinion, this component of the environment is also being healed and getting less polluted as the industries, mills, and factories are closed down for a few months in some cities. 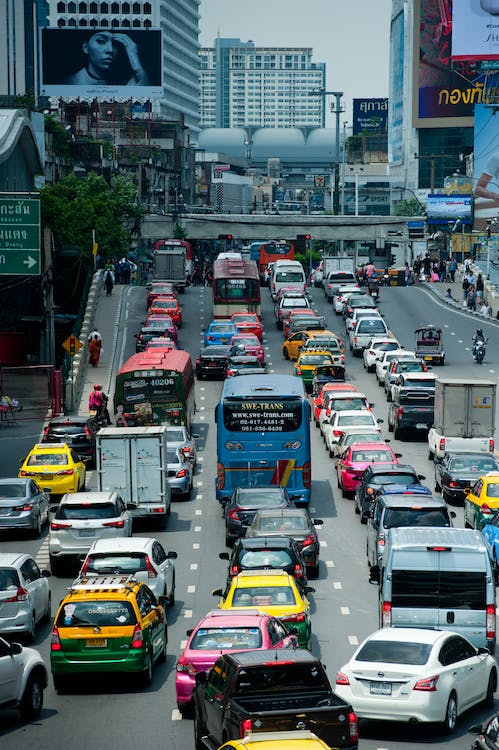 As the movements of public transports have almost stopped due to the shutdown of cities, unnecessary buzz or irritating sounds have stopped in the big cities, especially where traffic jams are common affairs (The Atlantic, 2 April, 2020). And if you're living in such a city where traffic jams occur every day, then this time is really rare for you. Although noise pollution is not such a huge matter, it is still to be mentioned as a good sign during this tragedy. Listen to bird's sweet sounds instead during this time. 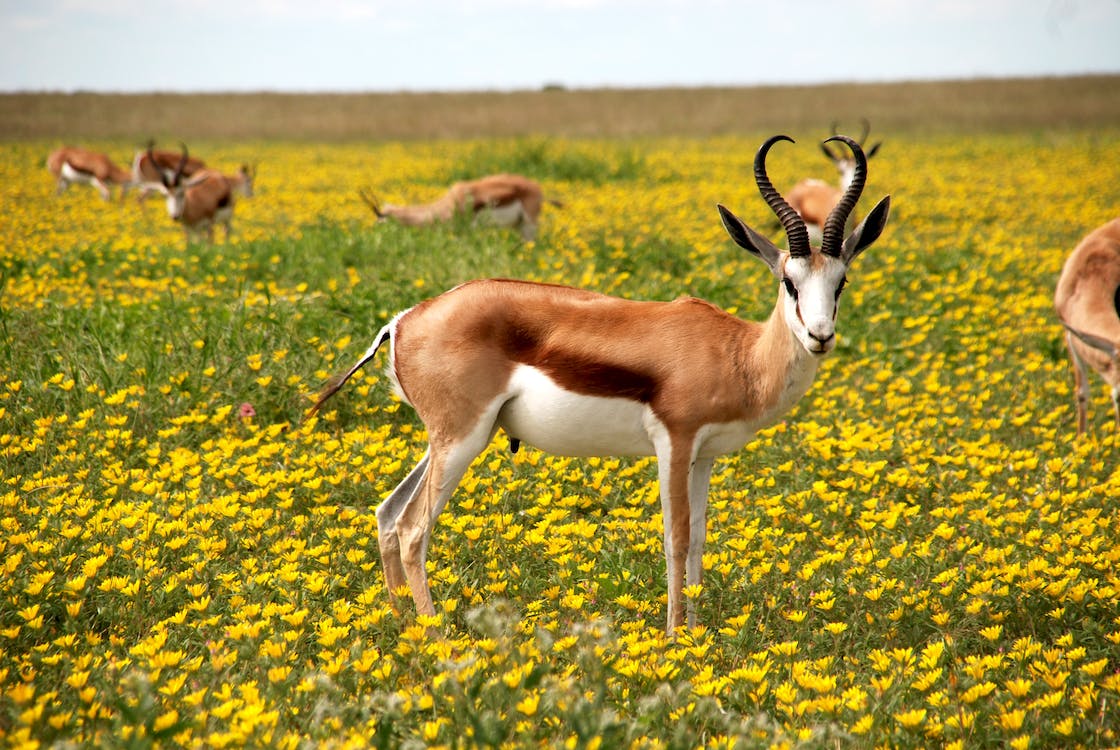 Animals have got lucky to move independently as human beings are almost caged in their homes due to fear of death. Colors of nature are spreading all over the world once again after a long time. As human beings locked the animals before, now animals are running freely on roads watching the humans being locked in their homes. A picture of moving goats on the streets of a town in Wales shows such a concept (BBC News, 31 March, 2020). Those goats were grouped within themselves looking around unreasonable. Not only goats in Wales are seen dolphins are also observed to appear in Italy's waterways amidst this pandemic outbreak (CLASSIC fM, 20 March, 2020). Seabirds and fishes are moving gleefully in the free environment for them. Wild boars have also been spotted on the silent roads having strict quarantine shutdown (NBCLA, 30 August, 2019). A large number of monkeys also rushed down the streets of a city in Thailand in search of food (Live Science, 16 March, 2020). Finding the places free of people and moving vehicles, those monkeys ran around the city in Thailand being hungry as there wasn't anyone to give them the average everyday foods. Same in Japan, as deer roam around the streets of Nara Park where they usually live and are fed (The New York Times, 16 March, 2020). Watching them through windows is just not enough. If people weren't under lockdown, they'd probably rush there to see these amazing sights.

There goes a proverb as we all know and that is, " What goes around comes around." Same with nature and us. Be it coronavirus or any other disaster, it is like a warning to us by nature. Nature is showing it's revenge and power. All these years, human beings have been showing supremacy and domination over all components of nature knowing about the deadly consequences. When nature can't bear something, it shows us its power which is much stronger than the artificial one. We should keep in mind that we must face the aftermaths of every act, good or destructive. So when the quarantine will end, we are supposed to move with consciousness and attachment for the environment without rushing out aggressively like before. 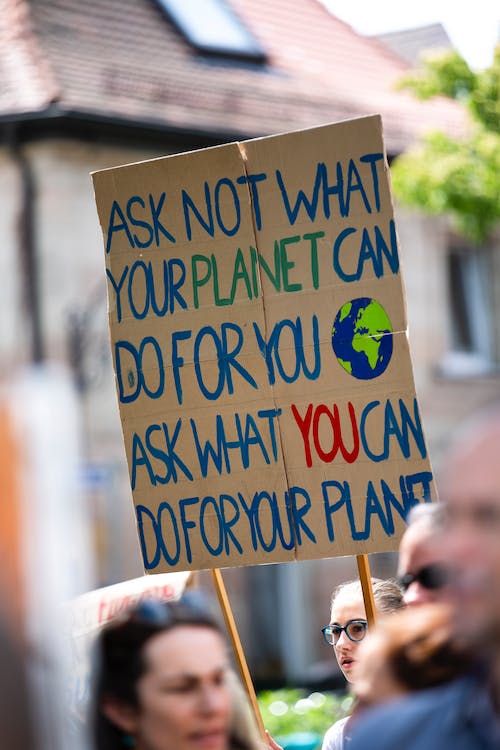 An alarming message for us

Though Coronavirus has lessened the erosion of the Planet's nature, scientists fear that after the quarantine, the environment is going to face a serious thump as everything as before will be going to take an all-over start. It'll be quite shocking how everyone will start daily life activities as before, if they don't take a lesson from this situation. No one knows how long we've to stay in our homes to be safe from the COVID-19. By this time, the environment's undoubtedly going to make itself better due to the shutdown of human activities which is beneficial for us.

"The  most beautiful gift of nature is that it gives one pleasure to look around and try to comprehend what we see." - Albert Einstein

The world always makes a habitable place for us but we are the ones who ruin it. We are the ones who selfishly think of our selves most of the time. But we can't deny the fact now as we're completely shown what happens to the world when humans don't act. 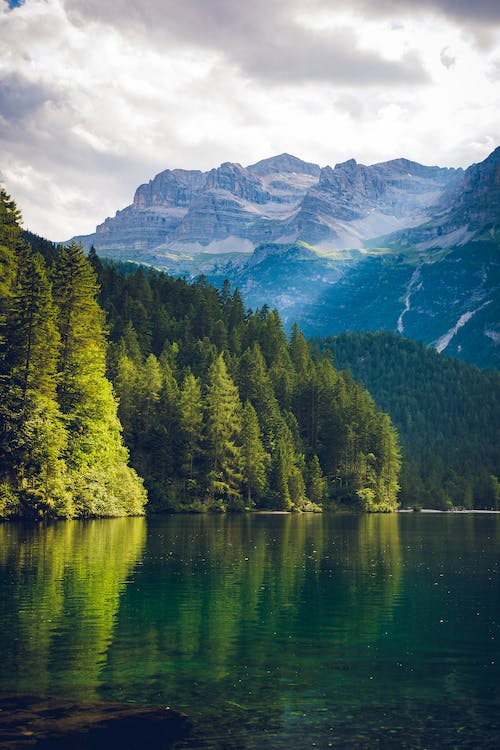 The world becomes much better, and we realized it already. It's quite a serious matter that nature is letting us know, giving us warnings to stop further fighting with the environment. We're watching the results slowly though we're panicked about the excessive deaths all over the world. The fall of the economy, hit of the global shares, loss of human lives has added to the tragedy of the present world but amidst these adversities, the catastrophe of the environment is diminishing at a high rate. Everything's getting a change, so should we in our activities. After the Corona pandemic ends, and we get free from our quarantine and go outside, we should suppose that no attempts should be taken that stops the normal rule of nature. From this dangerous situation going on, we should take a lesson and implement it to our advancement to the outside world. This is a message to us from nature. Nature observes everything and shows us the results accordingly. No one even expected before, that the condition of the environment would take such a huge turn suddenly. Well maybe, that's the rule of the world. 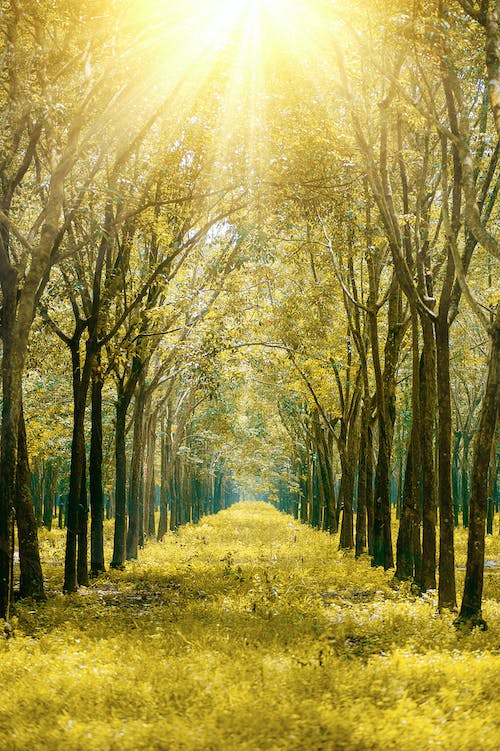 It has been a few months since the outbreak of the Coronavirus. Starting from Wuhan to the whole world, this single microbe took its place in the world's only discussion today. While people are craving for this moment to end, nature's taking new shape after a long time, teaching us something we shouldn't forget. We should believe that we are a part of this nature and whatever we do, we should never break the normal order of it. Nature is our best friend and the reason that we are alive. Whatever disaster is happening in the present world has a direct or indirect relation with Climate Change. We're to blame ourselves for it. Now, through this situation of danger and unrest, we should try to take the lessons, not the stones. After the quarantine, when we'll step towards the outside world, we've to "Be Conscious" and "work unitedly" for the recovery of everything. Endowed with sympathy for others and without panicking, we've to fight against this together. While scientists are inventing the vaccine, we're to stay home to keep ourselves safe and sound. Let's hope this is going to end shortly, and we'll be back to our normal lives with a better world. Roshanak is a student who loves to explore new things. Besides writing, she loves fashion designing and listening to music in her free time. She is optimistic of contributing much to the betterment of the world.