When you heard the word "autistic," what comes to mind? Probably a young boy with an immense interest in cars, planes, or trains, repetitive behaviors, and difficulty communicating or engaging in social interactions. This picture is often used to depict the "stereotypical autistic child" when, in reality, the disorder is often much more complicated. Autism is more common amongst boys than girls; this is often because females are better at hiding their symptoms and mimicking social behaviors. Additionally, when girls don't fit the stereotypical description of autism, their symptoms are often misinterpreted. 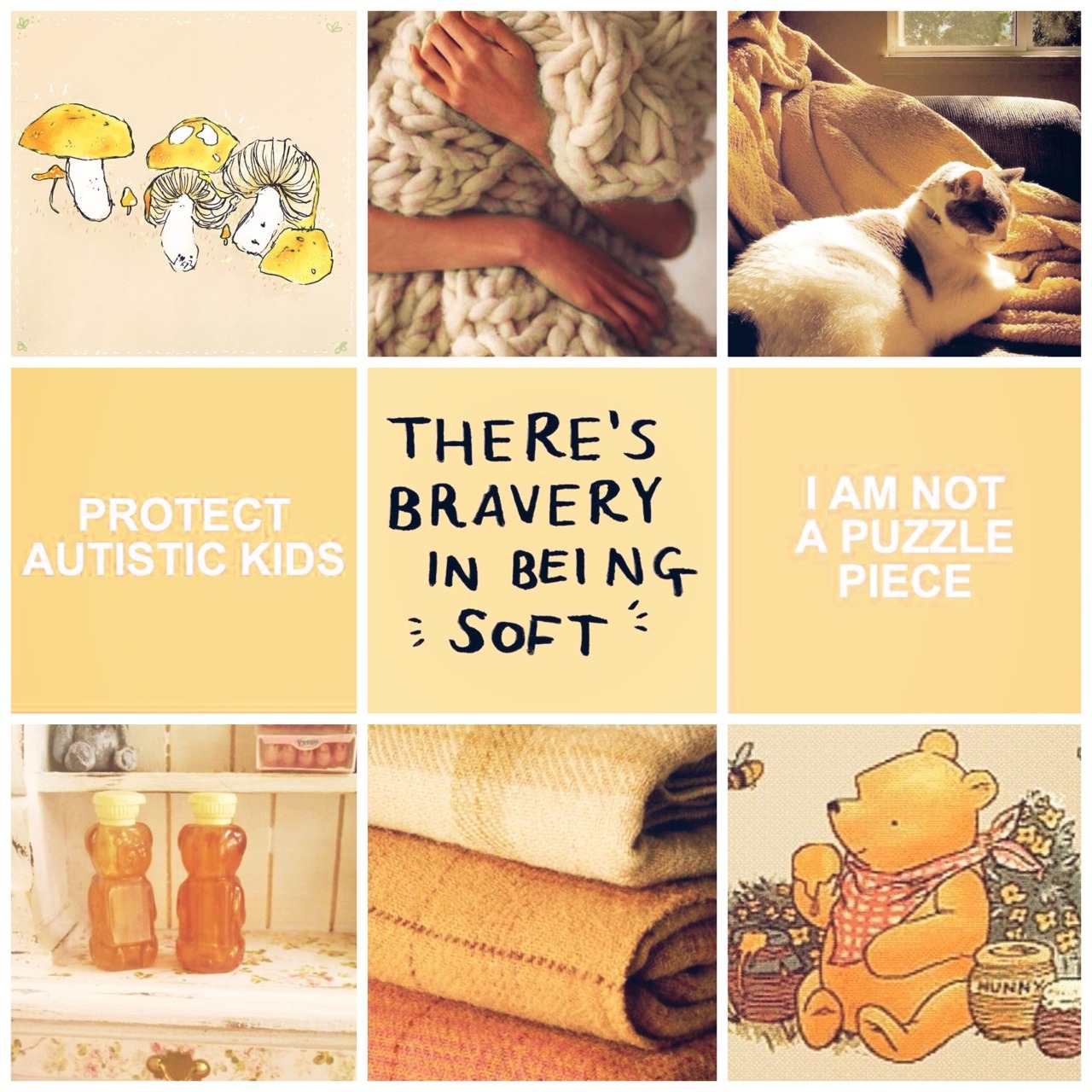 Autism Spectrum Disorder (ASD) is a developmental disability that impairs the way one socializes, behaves, or communicates with others. Referred to as a "spectrum condition", autism has a wide range of symptoms that can vary in terms of severity:

Despite such recognizable symptoms, autism is often misdiagnosed, especially among females, as there is no biomarker to determine whether one lies somewhere on the spectrum. Doctors must therefore observe a child's movement and behavior in order to reach a diagnosis. Until 2013, there were four definite types of autism:

However, the DSM-V (Diagnostic and Statistical Manual of Mental Disorders) now states that those diagnosed with autism are simply labeled with ASD. According to the American Psychiatric Association (APA), "separate diagnoses were not consistently applied across different clinics and treatment centers," and they believe that a "single umbrella disorder will improve the diagnosis of ASD without limiting the sensitivity of the criteria, or substantially changing the number of children being diagnosed. Nevertheless, autism is a spectrum and therefore presents itself differently for each person who has it. Some may be "high-functioning", possessing a decreased interest in social interactions and noticeable awkwardness, and others may be "low-functioning," presenting severe difficulties in engaging with others and functioning throughout the day. I tend to avoid using such terms (low/high-functioning) when labeling those with autism as it tends to limit how capable we expect them to be. By defining others through meager terms and labels, we unknowingly establish stereotypes and pre-conceived notions about others.

In What Ways May Girls Exhibit Autism?

According to Susan F. Epstein, a clinical neuropsychologist, “The model that we have for a classic autism diagnosis has really turned out to be a male model. That’s not to say that girls don’t ever fit it, but girls tend to have a quieter presentation, with not necessarily as much of the repetitive and restricted behavior, or it shows up in a different way.” Dr. Epstein adds, "So where the boys are looking at train schedules, girls might have an excessive interest in horses or unicorns, which is not unexpected for girls." Being that such interests are typically expected of girls, the peculiarity of such behavior isn't as apparent.

According to a study by researchers at Standford University School of Medicine, girls with autism display less repetitive and restricted behavior than boys do as a result of brain structure differences. Differing neurobiological characteristics, therefore, contribute to varying behavioral impairments between girls and boys with autism. Accordingly, girls are more socially motivated and therefore control their behavior through "masking'" or "camouflaging" their signs of autism. 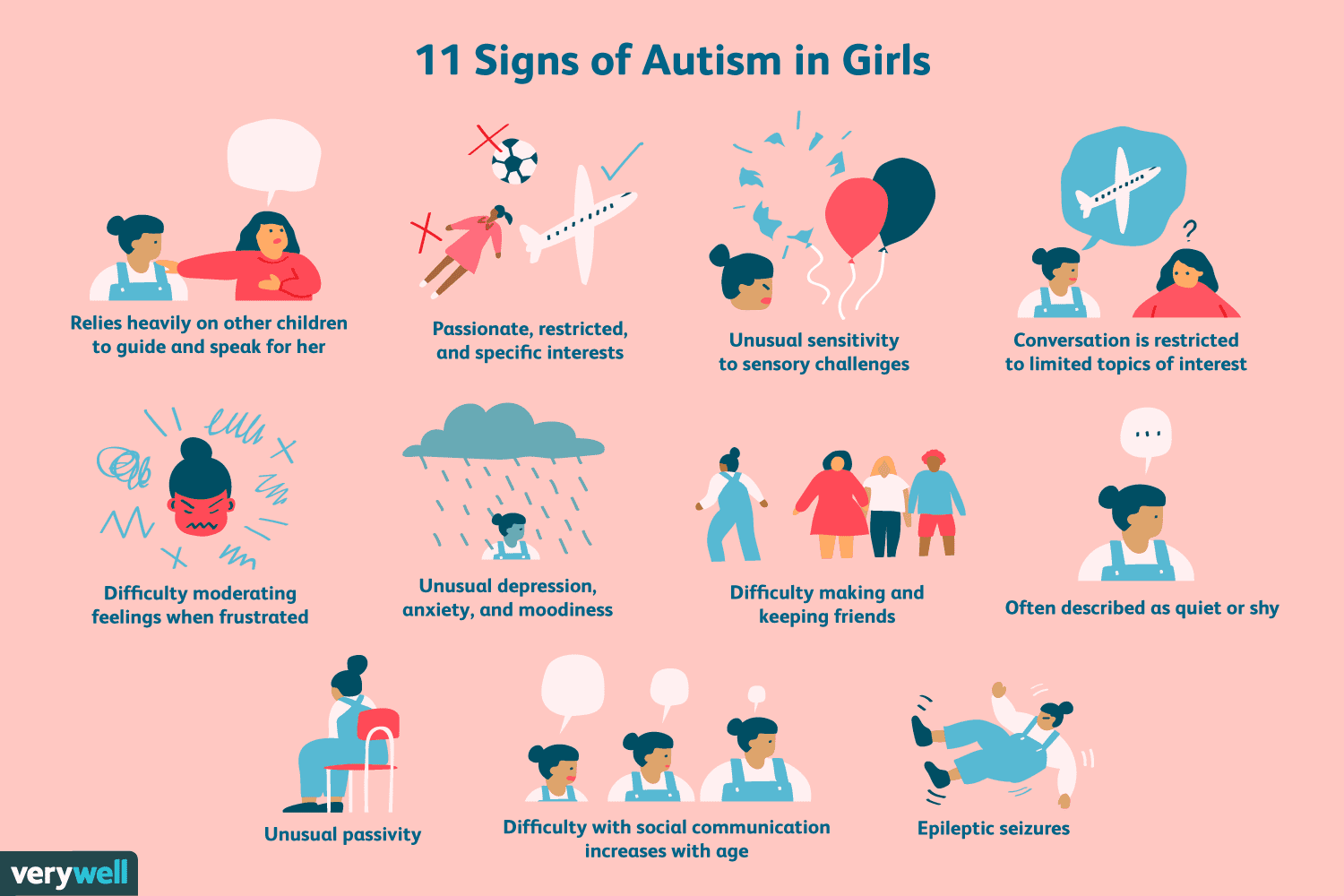 Effects of Stereotypes and "Masking"

Up to four times as many boys than girls are diagnosed with autism. That doesn't mean that there are in fact more autistic males than females; rather, fixed views regarding stereotypical autism have led to countless overlooked cases of autism amongst females. And at what cost? Delayed diagnosis prevents females with ASD from receiving proper therapies to handle social difficulties and emotional control and leads to various mental consequences: depression, anxiety, poor social skills, and lack of emotional control. These symptoms can, therefore, overshadow autistic traits and lead to misdiagnosis, or lack thereof when females finally receive guidance from mental specialists. Females with autism may be labeled with a mental illness such as social anxiety, depression, anxiety, or anorexia when autism could be the root source.

All in all, females with undiagnosed autism may be able to get by through observing and mimicking social behaviors amongst their peers, however, the further they climb the social ladder, the more difficult girls will find it to "fit in" and "mask" their autistic tendencies.

The Future of Autism

Since Leo Kanner became the first to clearly define autism, the world has turned to Kanner's male-typical template when identifying autism. In continuing to do so, we are failing all females with autism, especially those labeled as high-functioning. Simply because they have a higher IQ, verbal capacity, or capability to mask their symptoms, are they capable of managing daily activities without support? No. Such an answer is not intended to diminish an autistic female's supposed capacity; by blindly accepting Kanner's autistic template rather than reforming it, we are siding by the same stereotype regarding a boy with an excessive interest in trains.

At some point or another, females with autism find it increasingly difficult to blend in with their peers and camouflage their lack of social skills, and lack of intervention can have devastating effects on one's mental health. What's worse is that some females don't get diagnosed until adulthood; doctors label them with countless disorders and unknowingly set the same boundaries as Leo Kanner during the 1940s. By raising awareness about the "camouflaged" autistic females, we can break these boundaries and make way for unison amongst all autistic individuals. 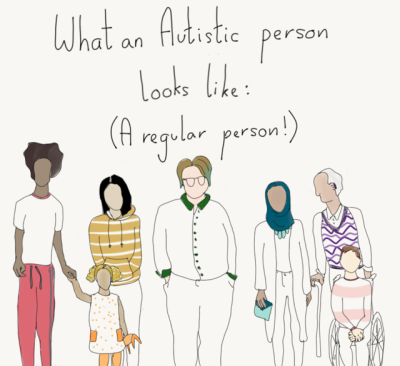 Kimberley Yasmine Dunn is a French-American journalist, published poet, and teen activist. Born in Paris, France, she has spent the past fifteen years living in London, Dallas, and Miami. Kimberley has had extensive experience in writing for magazines and newspapers and has won various state-level awards for her poetry. Now living in Florida, she spends her free time reading classics, writing short stories, and listening to music.