Phrases such as "I'm so depressed," and "I had a panic attack at the thought of it," are those often thrown around in schools as small-talk. Teens around the world are plagued by these words in the midst of struggling with what is expected of them academically and socially.

After a global pandemic and increasing suicide rates of teenagers around the globe, it is significantly important to acknowledge that while we all have different, important experiences, we need to remain respectful of others too. This article will break down some ways we can improve our grasp of mental health literacy, and how we can build on this to make the environments we inhabit safe for everybody.

Disclaimer: I am not a professional nor do I have any experience in psychology; I am merely interested in learning more about the field. This article is not intended to be and should not be used as a diagnosis. If you are struggling, please seek help from a licensed professional or make an appointment with your GP, to begin with. All the information in this article is derived from web sources on each disorder and personal experience with people who are diagnosed. For more information, I have included a link to a source at the end of each section for your perusal. 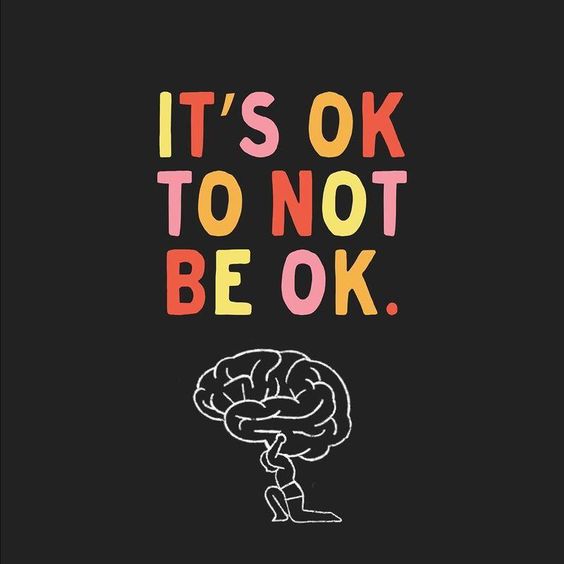 Why Should I Be Careful?

There is an impactful stigma towards mental health illnesses, particularly in teens and young adults, but we often ignore the other side of the equation. Creating normality of mental health battles including procrastination, poor relationships with food, obsessive-compulsive tendencies, or anxiety are often disrespectful to those who are clinically diagnosed, particularly if they already feel excluded from and misunderstood by society. It may make them think they don't need to seek help since it's so common or encourage them to believe their feelings aren't valid as they watch others joke about their illness on a daily basis.

The stigmas around mental illnesses and psychological disorders prohibit true understanding of these often foreign experiences to the individual, and are rooted in the deep history of ignorance towards people who seem 'different.' Therefore, it's important to start reading about the real, raw struggles of others to better understand ourselves and the surrounding community, and to be aware that some statements are not relevant or acceptable like they were in the past. 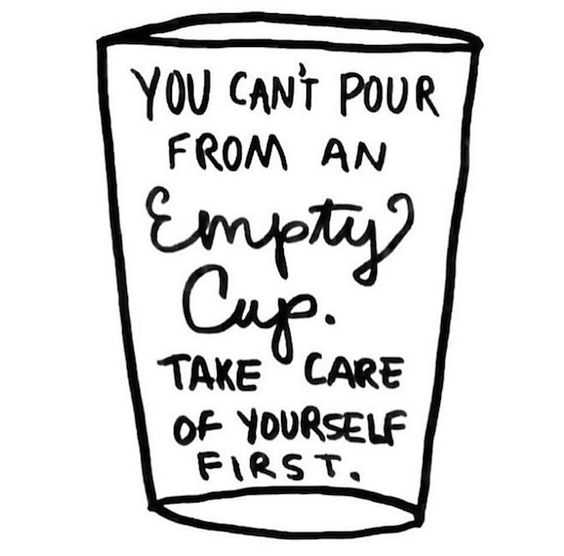 Depression is debilitating sadness, a lack of motivation, and long-standing beliefs of worthlessness. Depression, alongside anxiety, is something most people will experience at some stage in their life, whether it be for a short period (ie 2 weeks) or something more chronic (ie 6 months or longer). Clinical depression is recognized as persistently depressed moods or lack of interest/motivation that greatly impairs someone's quality of life. Throwing around the word 'depressed' with connotations of a major depressive disorder without an official diagnosis can be extremely harmful to somebody suffering in silence, or even someone open about their experience.

Unfortunately, many young adult novels normalize the experiences of depression and even romanticize their impact on the person's life, leaving out the paralyzing sadness and symptoms that aren't as "pretty". Exposure to this representation changes the perspective of the severity of the disorder for a large audience, particularly for young people, which influences the way many of us approach it in conversation. 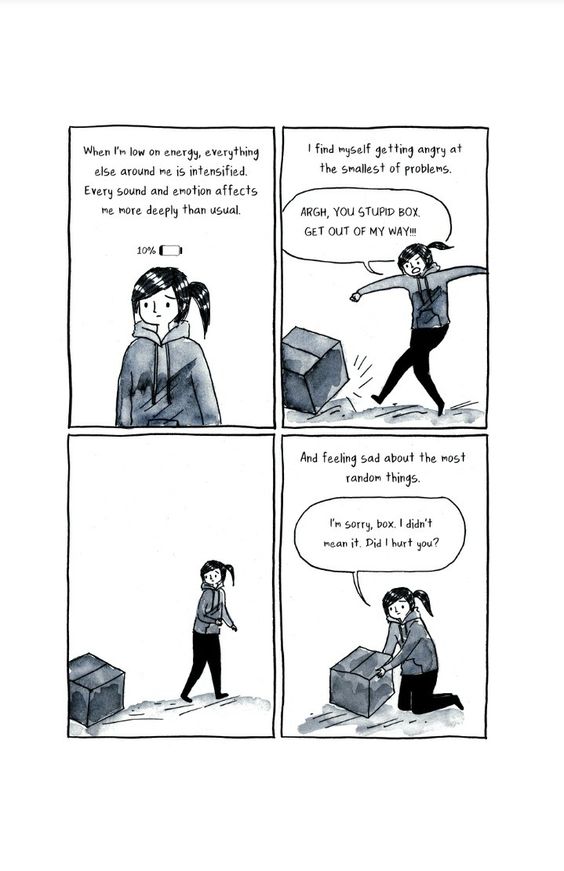 Depression is often associated with hopelessness, and so, evidently, it's important to account for the context in which you say this and to keep in mind who you are around. If you are with an unfamiliar crowd, it's probably best to steer clear of this phrase in case you are unintentionally harmful.

The most important idea to recognize in this phrase is that it is completely normal to be a perfectionist in certain areas and prefer order to mess. It's also normal to have small idiosyncrasies based on our experiences and to have rituals, after all, humans live lives of repetition and routine. But the intentions behind these rituals and their time-consuming characteristics make all the difference to someone suffering from obsessive-compulsive disorder. 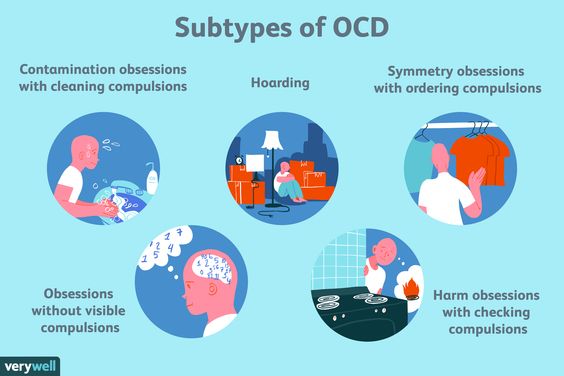 The diagnosis of OCD is determined by time-consuming (more than one hour a day) obsessive thoughts that lead to repetitive or time-consuming compulsions. It's also useful to understand that there are many forms of OCD. While one person may worry their family will tragically die if they stand on a crack in the pathway, others may believe they will become sick if they do not wash their hands just one more time. These compulsions temporarily relieve distress but become repetitive the next time the obsession returns.

So, if you had OCD, you would be compelled to fix the order of your pens or fix the disrupted pattern out of fear of something bad happening. Even saying you are 'obsessive-compulsive' may be incorrect if your rituals aren't connected to anxiety or a specific worry. In the end, if you are undiagnosed, there is no reason to say you are "OCD" about something.

3. "Everyone Is A Little Bipolar Sometimes."

Mood swings are completely natural, and humans are born to respond to stimuli in their environment that affect their emotions and feelings. However, these mood changes are exaggerated to the extreme for those with bipolar, from states of mania involving high levels of risky behavior to paralyzing depression that sometimes leaves them bed-ridden.

Not everyone is a 'little bipolar' because if they were, bipolar disorder would be a consistent diagnosis among humans when it currently only affects approximately 2.8% of people in the United States. It's completely acceptable to help someone with the ups and downs of their life because regardless of if you have a clinical disorder or not, your emotions are real, important, and valid. In saying this, the common message is that you should be cautious when using the name of disorders for typical experiences when you have not been diagnosed, and the same message goes for bipolar disorder. 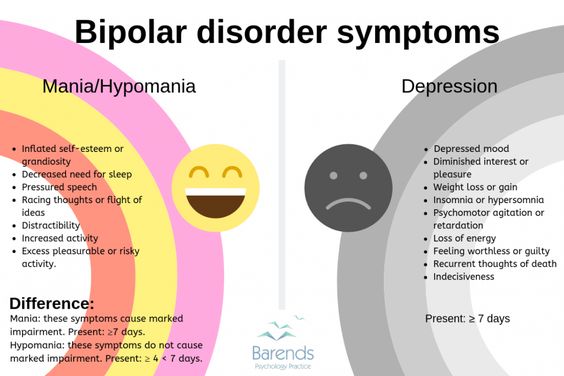 People with ADHD or other neurodevelopmental disorders often struggle to become diagnosed because of how common their symptoms can be within the general population. People get distracted, people fixate on their interests, people interrupt others and people procrastinate. Far too often, those with ADHD struggle for many years before reaching out for a diagnosis, and it's highly probable that a percentage of them remain undiagnosed.

Just like with many other disorders discussed in this article, it is when these behaviors/struggles become so frequent and unstoppable on their own that it can be considered a disorder and be titled 'ADHD.'

Another aspect of ADHD is the related symptom known as Rejection Sensitive Dysphoria, which means they can often be highly sensitive to rejection, criticism, or dismissal. It is also common in people with autism. As such, be careful with where you use the clinical term in your conversations to avoid harming others. 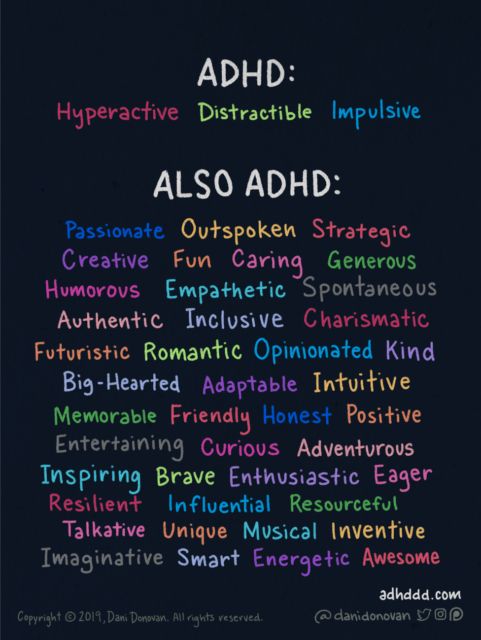 5. "I Had a Panic Attack Just Thinking About It."

Those who have gone through a panic attack often describe it as feeling as if you are dying. Also referred to as an anxiety attack, many common somatic symptoms include a racing heartbeat, dizziness, trembling, and breathing difficulties. This is different from the cold shivers you may get when you have a quick worry about something, or the anxiousness you may feel in your body when thinking about an exam or a first date.

Panic attacks can be random or induced by intense levels of anxiety, which is not something to casually use in conversation. As demonstrated above, there are many effects of the anxiety experienced on the physical body as well as on the person's psyche. If you ever feel you are undergoing an anxiety attack, something recommended is to look around and name things that you observe. This helps ground you back into the moment, instead of fixating on the way you feel or what you think is happening to you.

There are numerous other examples that extremely downplay the experience and struggles of someone with a mental health illness, and I recommend reading through articles discussing specific disorders that you may not know much about. 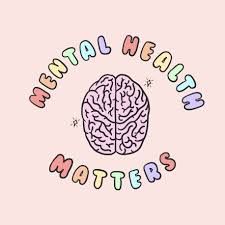 I encourage you to be more cautious about how you phrase things, especially around people you aren't as familiar with. It's a common idea, but: You can never truly know what's going on in someone else's life. But, I believe you can always learn more and be respectful of these differences.