Anuv Jain is a singer, songwriter, and composer from India (Ludhiana, Punjab). Recently we sat down with Anuv to talk about his life and career. "I've been singing since I was a kid but I got into music properly when I was 16, this was the time when I started learning the guitar", says Anuv. He mentions it all started with a band in his school. When he saw the guitarist performing, he immediately knew this was something he wanted to do in the future and since then, there has been no turning back.

It's amazing how his music soothes your soul and calms your nerves. Each one of his songs tell a story, they make you fall in love, they make you long for something that you haven't ever felt. For his fans, Anuv is a hidden gem that must be protected at all costs but they wish nothing but success for him. 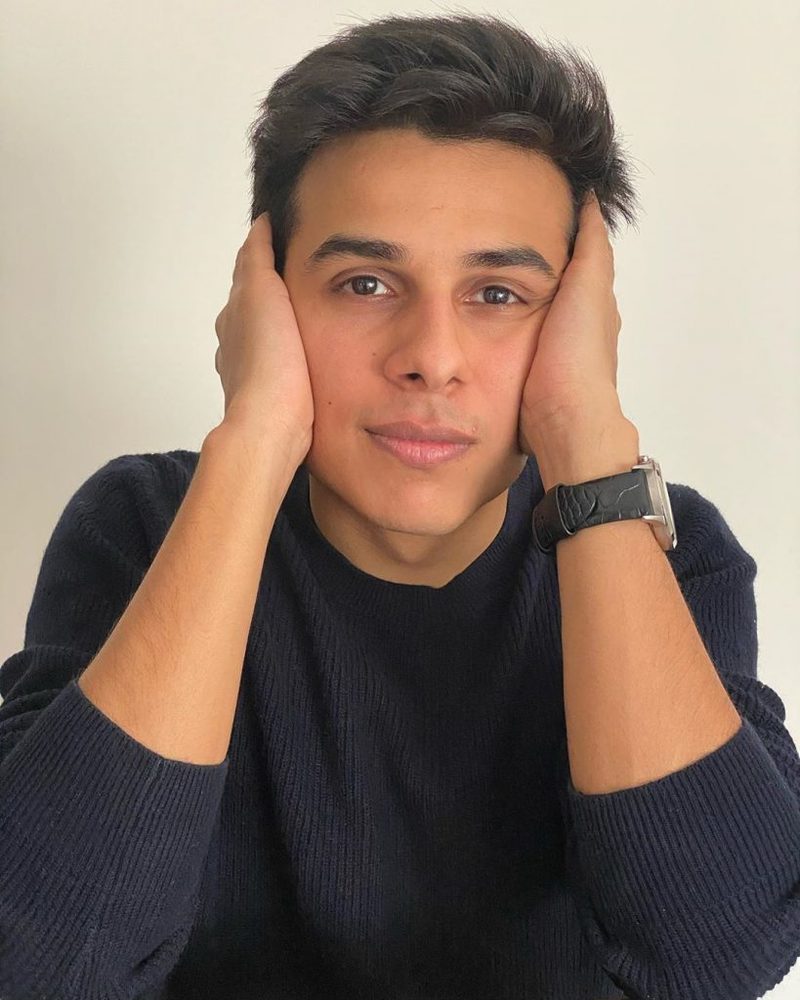 Talking about his inspirations, Anuv says he draws inspiration from a lot of things. It could be from the simplest object to the most complicated thought. He told me, "The idea of helping people put words to their thoughts has always seemed very attractive to me." With an idea like that, he certainly has helped many people. He highly looks up to Quentin Tarintino and loves his work, he believes that 'Every movie is a masterpiece.'

But it isn't always easy. While remembering the low points Anuv faced in his life he said that he has faced so many low points that it's hard to keep track but he has never thought about quitting music, even if no one is listening he'll still continue making songs, hoping that never happens though (Honestly, hoping the same). Making songs is something that he loves doing.

Anuv says he "Would've gotten into family business and probably made comic books at the side", had he not been a musician. We'd still love to get a sneak peek at some of your drawings.

His family and friends have always been supportive of his work, they are proud of what he is doing. They are his first critics and get to listen to all the unreleased music. He says "We have this running joke where my fam takes embarrassing pictures of me in hopes that when I become way more popular, they'll sell them and make a shit ton of money." Looking forward to getting to see those embarrassing pictures. 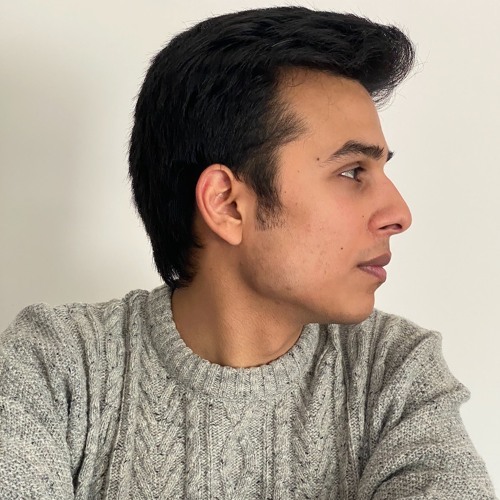 The people close to Anuv would describe him as a funny, highly motivated introvert who is extremely moody especially when he's writing. The good news for his fans is that he is affirmative on planning tours and concerts after the lockdown ends and the situation settles. To deal with the haters Anuv is learning to accept the fact as a person grows, they will be criticized more and more and sometimes they just have to make peace with it. Luckily, he hasn't dealt with a lot of hate and even the slightest hint of negativity bothers him quite a bit.

His message to aspiring songwriters is that it's never too early to start, you don't have to wait to become a better singer or a guitarist, and THEN make music. Don't hesitate and start with what you know and then learn and improve as you proceed. Anuv has been quite productive while dealing with the ongoing pandemic, he's been working on new music and exercising every day.

In 2012, Anuv started his own YouTube channel and uploaded his first song 'Meri Baaton Mein Tu'. Since then he has released 4 studio singles and here is how I feel about them:

Baarishein: Anuv released the song on 12 August 2012, initially the song was titled 'Sanjh'. Later in 2016, he released the studio version of Baarishein, which is the song with the highest views on his YouTube channel.

Listening to this song makes me think about how a person feels when they are truly and deeply in love. I get goosebumps every time I listen to this one. Even if someone is not in love, this song can make them fall in love. This one is not just a song, it's this amazing feeling of being in love, that somehow Anuv has put into words.

Ocean: This song was released on 5 January 2018 on Anuv's YouTube channel. It's the song that he played on a ukulele.

Your walls are painted pink and green

With a hint of tangerine, I see

A crack in the window

I'm waking up to hold you

Your blemishes, all your tragedies are mine

This one is my happy song. It always gets me tapping my feet. The best part about the song video is that the animator animated the chords on the ukulele. The song is super wholesome and is enough to bring a smile on your face. The beauty of the song is in how love can still be love with all the blemishes and scars, it doesn't need to be perfect. Comparing his loved one to that pretty house, the way he describes her is magnificent.

While talking about the colors of the walls, Anuv has represented one's elements in such a beautiful way. Pink for the love and care, Green for the rage and jealousy, and Tangerine for the craziness. 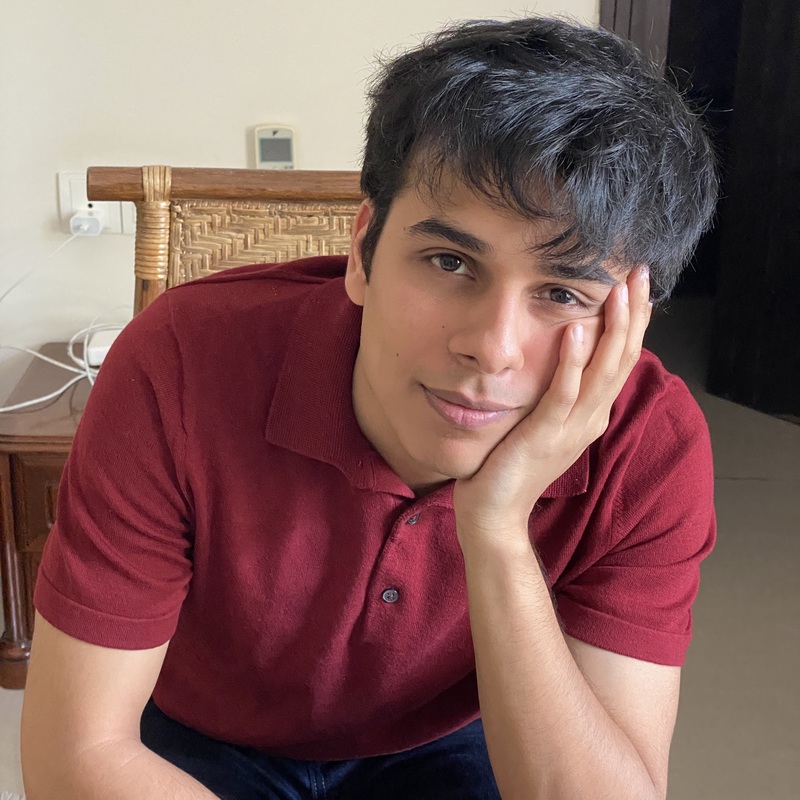 Riha: Anuv released this song on his YouTube channel on 21 July 2019. The story behind this one is still a mystery. Hoping Anuv talks about it soon.

This song talks about a love that is ready to let go and live with the memories that are left behind. A love that is ready to love from a distance and wait to be united again. By writing this one, Anuv has described beautifully what pure love is, the simplicity of the song reminds you of a part of yourself that you want to stay hidden.

Maula: Anuv wrote this song when he was 17 years old after his father passed away. He wrote this song to put into words what his twin sister was feeling after their father's demise.

This song is close to my heart. It expresses longing in the loveliest of way. It reminds you of that one person, you don't want to let go of and how the memories remain even when all your hope is lost. This one was released 3 months after my grandfather passed away, and there is nothing else I could relate to. This song reminds me of him. Every lyric of his songs does put into words our thoughts and feelings.

As the interview came to an end it was time to get answers to some of the questions asked by his fans.

Would love to work with The Local Train and maybe Ali Sethi. My dream collaboration list changes every week.

2. Who is the person you write for?

I always write for people who are or were at some point close to me.

4. Which is your favorite movie?

I'm mostly into sci-fi thrillers or crime dramas so it's kinda weird when I tell people that my favorite movie is 'Before Sunrise'. I just love the concepts and ideas that they discuss in the movie.

5. Do you have any hidden talent?

Yeah, I have a few! I can play football, skate and sketch.

6. Which movie do you feel best describes your life?

Whiplash. I'm both the student and the abusive band leader/music teacher. I feel like I'm always learning and trying to prove it to myself that I can do better and on most days I'm too hard on myself.

7. Which one do you like better, guitar or ukulele?

The guitar. I feel I can do more with it.

Interviewing Anuv was incredible. He is polite and fun. If you wanna know more about him, you can check out his Instagram profile here (@anuvjain). Make sure you subscribe to his YouTube channel Anuv Jain.