Quarantining is difficult, and can be especially dull if you've got nothing to do but work. Lucky for you, here is a list of books, movies, and TV shows that you can read and watch to get you through the next few weeks or months. 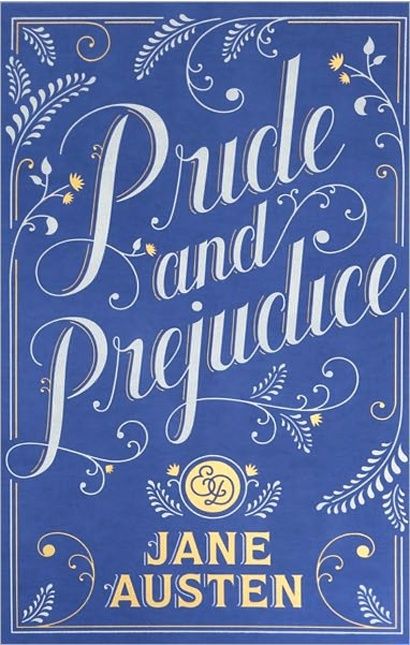 Want to come out of quarantine feeling a little more high-brow? This novel by Jane Austen is a literary classic, yet it's still relatable in today's society. The story follows the Bennet family as they try to navigate the social obstacles of life and love. Reading about Mr. Darcy's tempestuous romance with Elizabeth will transport you to another time and make you happy you picked it up.

Where you can find it: Wordery, WHSmith, Blackwell's. 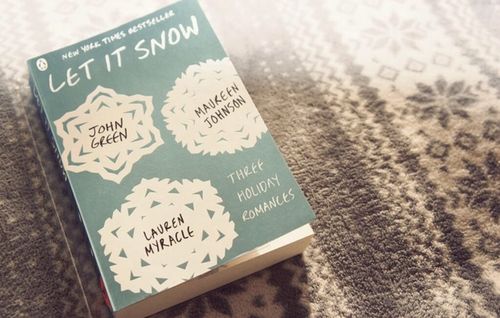 Christmas-based romantic novels are the best types of romantic novels, and this book by John Green, Maureen Johnson, and Lauren Myracle is no different. It's a light, easy read, following the lives of three separate teenagers as they interweave for one exceptional Christmas Eve. It's fun and full of feeling, everything that a good, nostalgic novel should be, and if you decide you love it, you can watch the Netflix film.

Where you can find it: Wordery, World of Books, eBay. 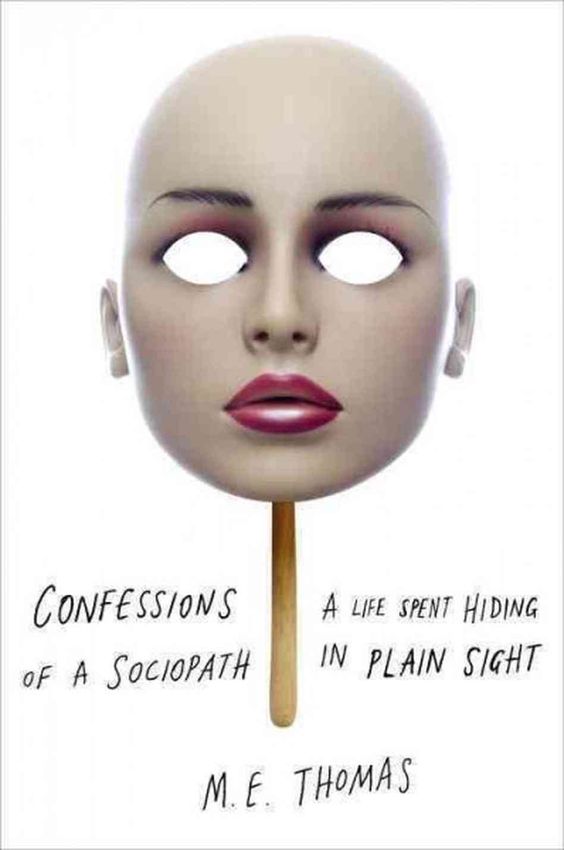 Are you interested in psychology? Does quarantine for you mean a desire to learn new things about the human brain? If so, then this autobiography by M.E.Thomas is the perfect book for you. In it, she recounts her life as a high-functioning sociopath, giving a first-hand account of what living with this label means and how it feels from her perspective. Equal parts chilling and enlightening, this is a great psychological read, sure to leave you with a lot more knowledge than when you started.

Where you can find it: Wordery, Amazon, eBay. 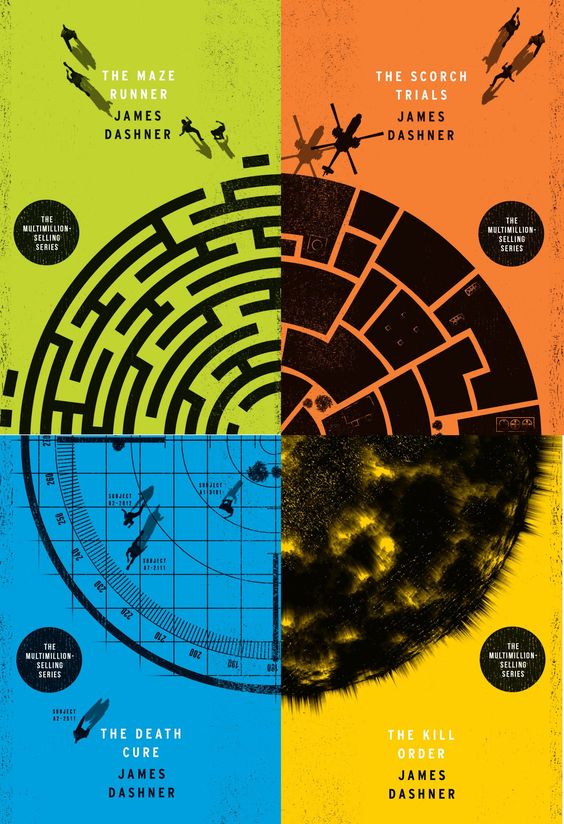 This thrilling trilogy by James Dashner follows the adventures of Thomas, a boy who gets abandoned inside a gigantic maze with no memories. With the help of his new friends, Thomas must find out who put him there and why, sparking a conflict that's much bigger than himself. If you love action, and want an escape, here's a series where everything will make you think 'at least things aren't as bad as that.' If it turns into your favourite series, you'll be happy to know that the series also includes two prequels, and has been made into an incredible movie franchise.

Where you can find it: Books2door, eBay, World of Books. 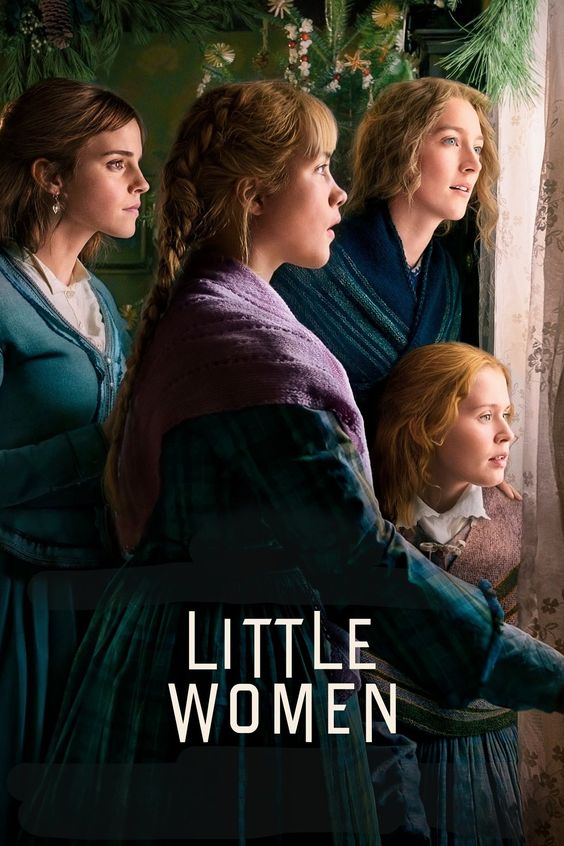 Starring Saoirse Ronan, Florence Pugh, Emma Watson, and Timothee Chalamet, this modern reboot of an all-time literary classic is glorious. The directing, done by Greta Gerwig, is spectacular, as is the cinematography and the acting. Based off of the American novel by Louisa May Alcott, it's a must-watch if you want to relive your childhood, or if you simply want a movie that will make you laugh, cry, and everything between.

Where you can find it: Amazon, YouTube, Google Play. 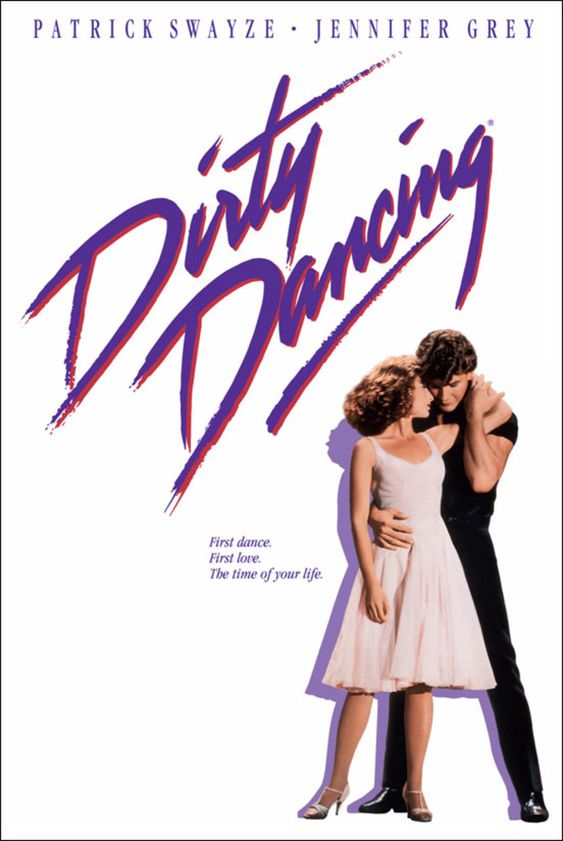 An absolute classic, this romantic masterpiece starring Patrick Swayze and Jennifer Grey, is a must-watch for everyone, but especially if you love music, dance, and romance. The movie follows Baby, an idealistic teen girl, as she holidays with her family at an upscale resort. Here she meets Johnny, the charmingly stubborn dance instructor. A few coincidences later, and the two are dancing together, as well as falling for each other. No other movie will leave you feeling so upbeat and confident about life, and the soundtrack speaks for itself.

Where you can find it: Amazon, Netflix, DirectTV. 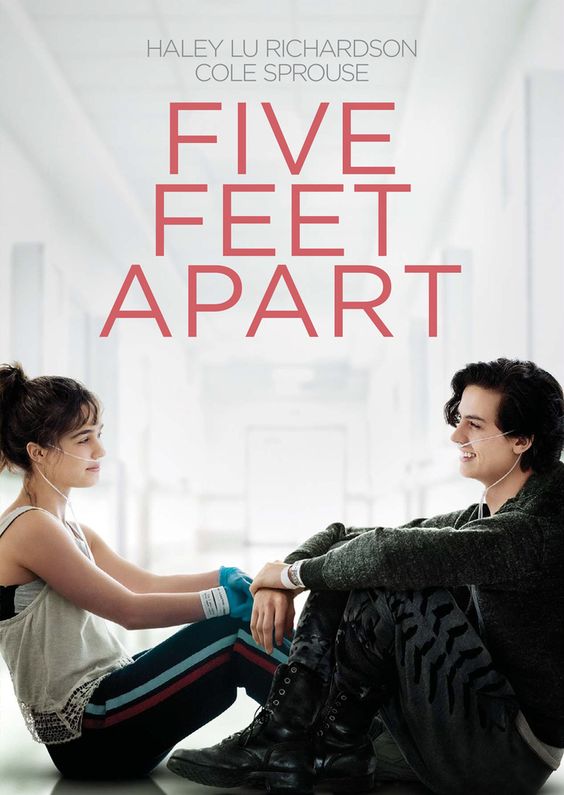 This is a beautifully sad romantic film directed by Justin Baldoni. Starring Cole Sprouse as the darkly witty Will, and Haley Lu Richardson as the optimistic Stella, this film will have you crying like a baby from the very beginning all the way to the end. Based on a real-life story, it's the perfect catharsis to get out all your emotions in one go. 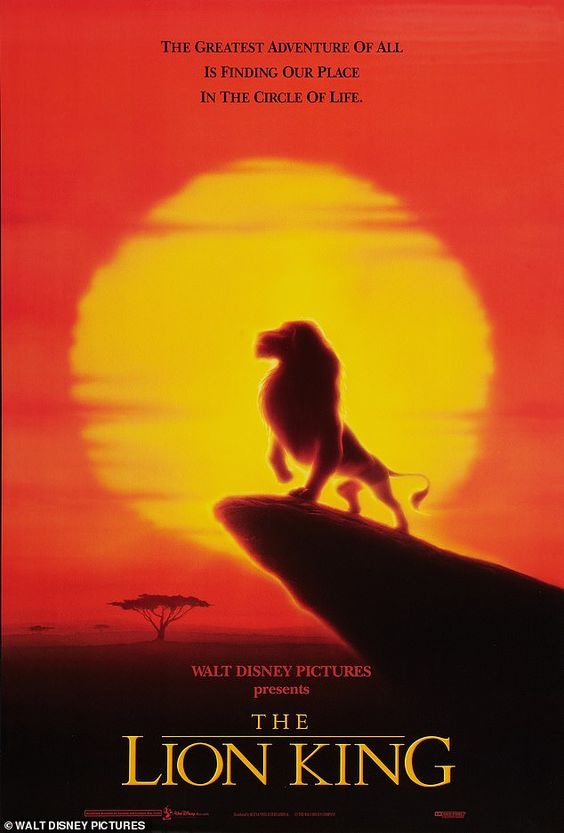 It's said that this Disney film is based off of Shakespeare's Hamlet. However, even without the literary appeal of that, we would still adore it. It's a classic and a childhood favourite, and it's guaranteed to have you crying, laughing, and dancing. If you want a nostalgic, timeless animated film, this is your best bet. With some of the most famous songs in all of Disney history, and scenes that will make even the coldest of hearts break, it will get you through quarantine no problem.

Where you can find it: Disney+, Google Play, Amazon. 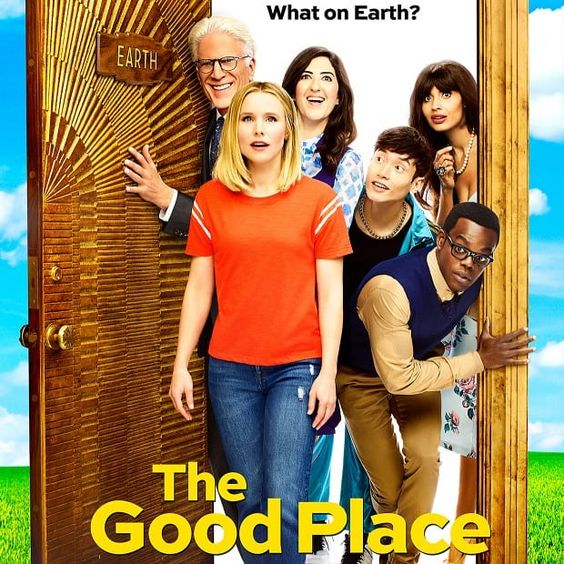 Another flawless comedy series by Michael Schur, the four seasons follow a ragtag group into the afterlife: Eleanor Shellstrop, a self-proclaimed dirtbag played by Kristen Bell; Jason Mendoza, a loud-mouthed fool from Florida; Tahani AlJamil, a beautiful yet condescending millionaire; and Chidi Anagonye, an indecisive Philosophy professor. The four find themselves in the Good Place, apparently the equivalent of heaven, but Eleanor soon realises that everything isn't quite as it seems. With lots of laughter and heart-warming moments, this show is the perfect balance of deep, existential questions and simple, hilarious humour.

Where you can find it: Netflix, NBC, Google Play. 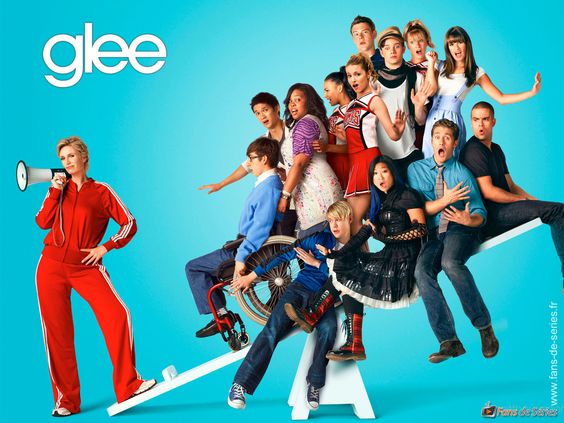 Are you looking for a show with all your favourite music and lovable characters? You've found it. With actors like Darren Criss and Lea Michele, and six seasons for you to dive into, this is the perfect show. Follow Mr. Schuester, a music-loving Spanish teacher, as he tries to restore the school's glee club to its former glory, and watch the lives of everyone in it change and develop over time. 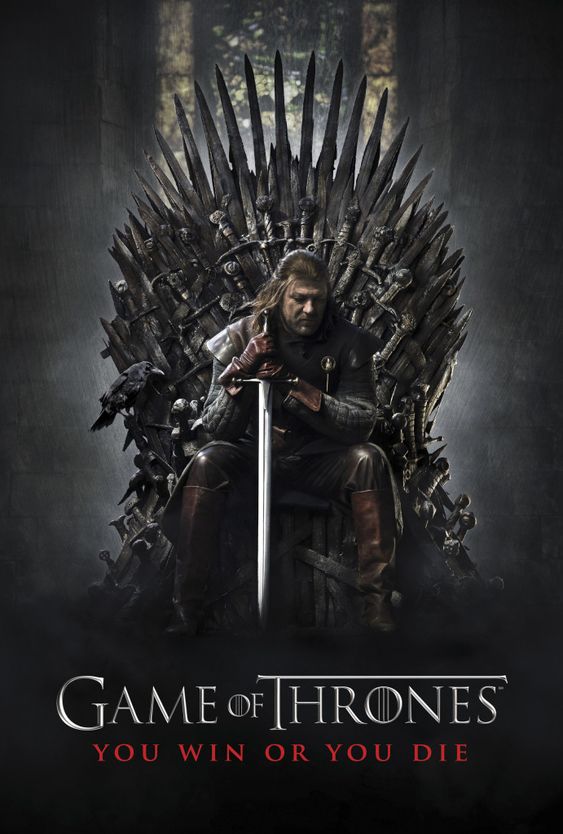 An all-time fan favourite, this is the show to watch if all you want is to forget about quarantine. With eight long seasons, countless characters, and a completely different world of our own, it's perfect for escaping reality for as long as you want. Starring Emilia Clarke, Kit Harrington, Sophie Turner and more, Game of Thrones is based off of the remarkable book saga by George R. R. Martin, and has hundreds of plots, twists, turns, and heartbreaking moments.

Where you can find it: HBO, YouTube, Google Play. 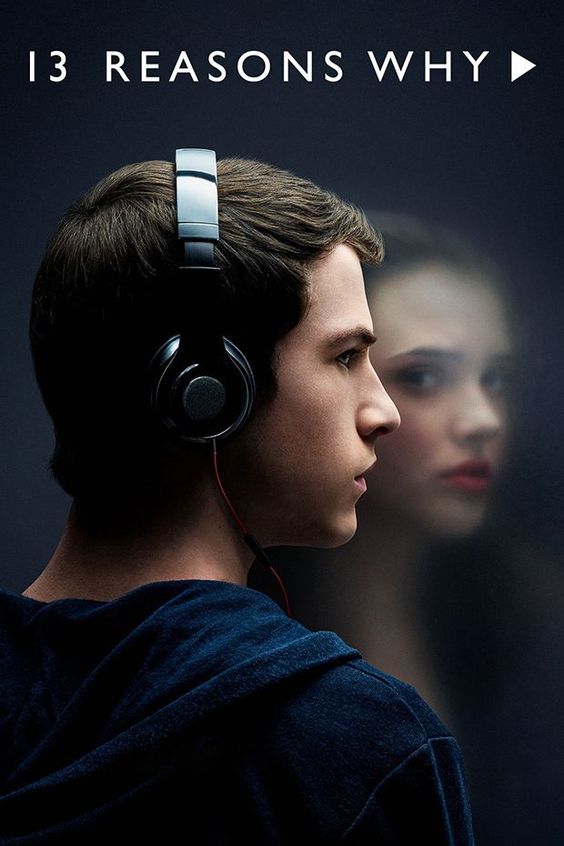 If you want a shorter series to immerse yourself in, then try out this dark story as it follows Clay Jensen (Dylan Minnette) after the suicide of his crush, Hannah Baker (Katherine Langford). After her death, tapes start appearing, addressed to all the people who caused her death. Touching on many challenging topics, and incredibly gripping, this Netflix original, based on a novel by Jay Asher, will have you on the edge of your seat, forgetting all about the real world for hours at a time.