In 2020, the Information Age is in full-fledge and we, as a society, have been gifted new technology that would never have been fathomed about in the early 19th century. With this new information and technology has come new jobs, such as digital engineers, app developers, and A.I. creators, which have all brought new products into this world that truly highlight this digitally-driven era.

But what about 10, 50, or even 100 years from now? Perhaps even further down the line than that? Let's not sit and ponder, but rather look into the future now! Here are 10 unconvential and captivating jobs that have yet to exist that may define the future generations. 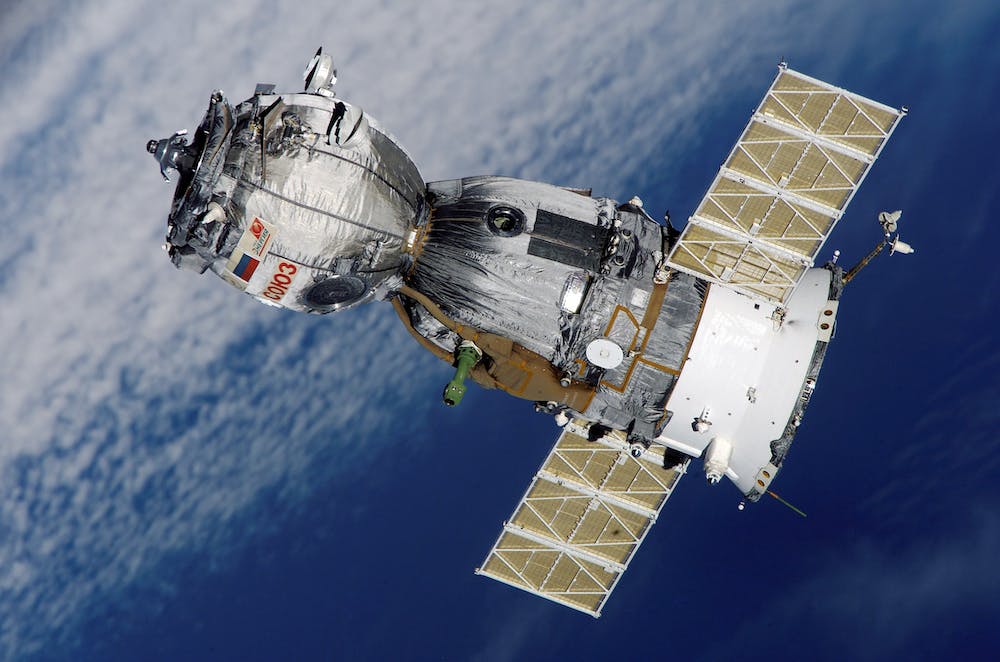 A tour guide for wealthy billionares that want to venture out into the cosmos? Now that isn't something you see everyday! Believe it or not, according to Reader's Digest, rich tourists are already spending millions of dollars for the chance to go to the International Space Station, so a future with the top 1% wanting to venture even farther out isn't as far fetched as it seems.

Being a tour guide in space would obviously require immense training and hard work to achieve, however the fact that one day you could potentially be presenting riveting information to others while having a view of planet Earth outside a spacecraft truly sounds like a dream! 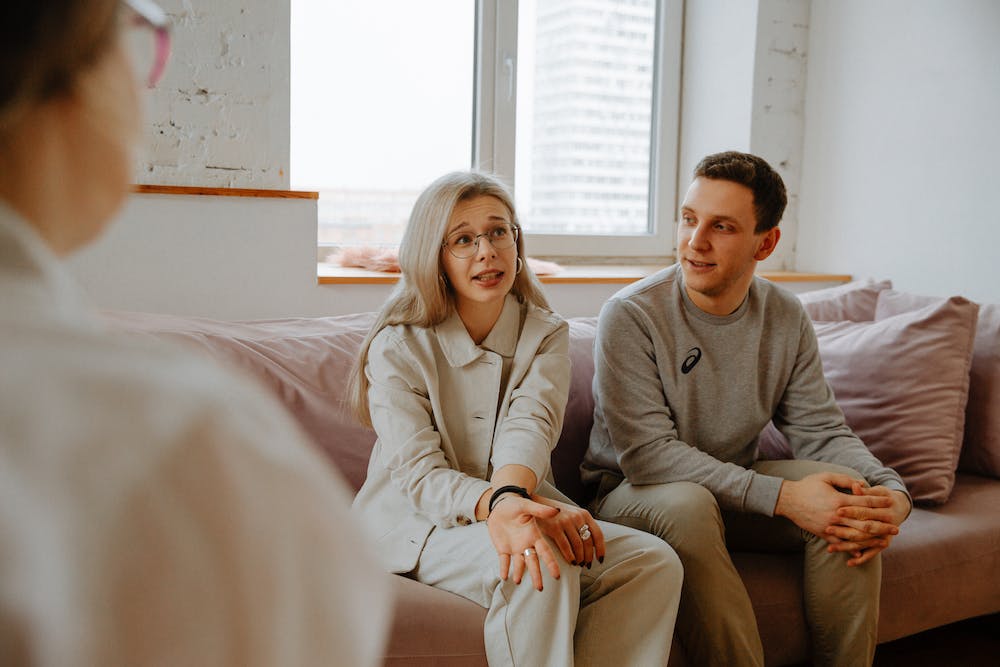 Surprisingly, this future occupation popped up a lot more than I expected while doing my research. It is common knowledge that unfortunately, we are incapable of adding days onto our lives. Nevertheless, we can still live life to the fullest extent and make the most of our days. For those approaching the latter portions of life, the future may see these people want advice on how to celebrate the last few years they have, get consultation on medical options such as euthanasia, or overall guidance on how to make the most of their last days. Although seeming a little dark at first, it is quite heartwarming to know that one day, a job could potentially help someone face the last days of life with a smile on their face and without regrets. 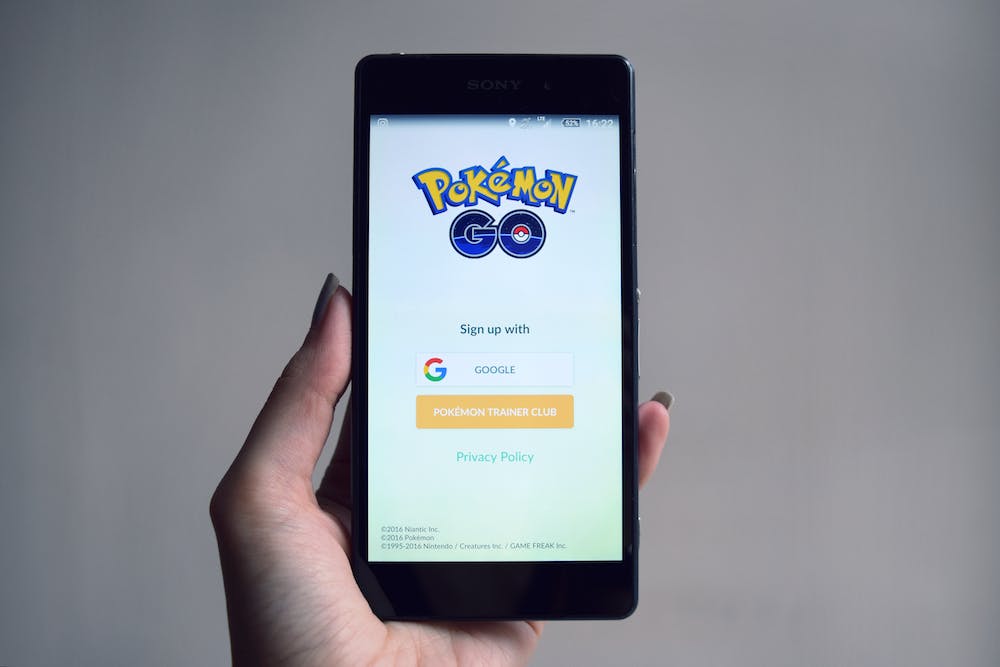 Anyone who's played a game similar to Pokemon Go or has used IKEA's feature to see how furniture looks in your living room before buying it has had experience with augmented reality. Unlike virtual reality, augmented reality uses digital aspects to affect the real world, and in the future, architects could create mass blueprints using augmented reality to imagine life-like structures that will one day come to fruition (Digital Trends).

Going even further, augmented reality architects can basically influence how someone sees the world, so maybe one day augmented reality glasses could exist and display a GPS in real time, virtual compasses, or virtual sculptures. 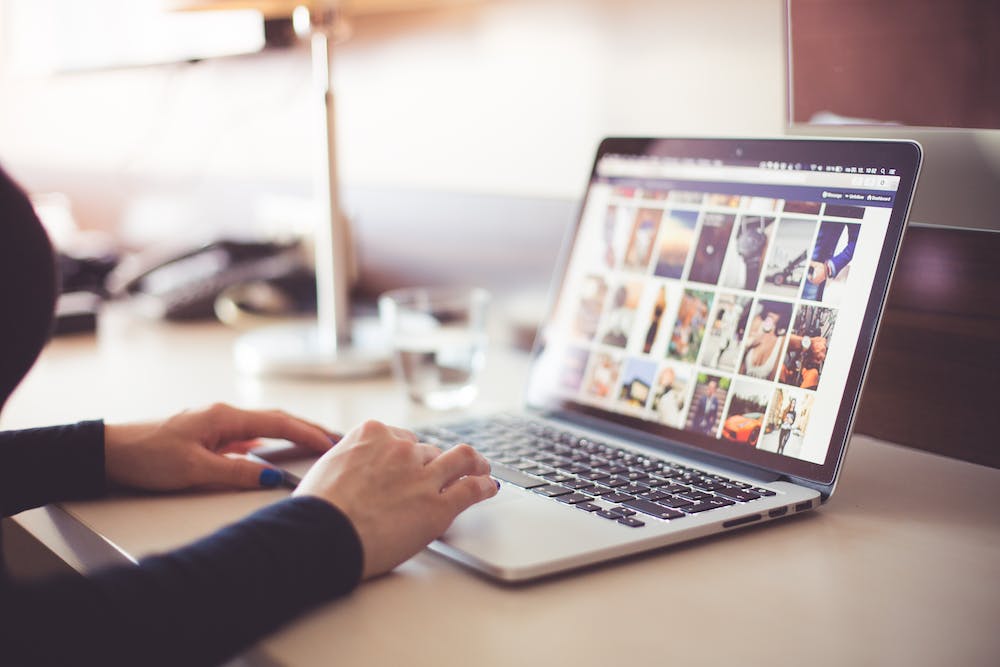 With Gen-Z being exposed to social media and online interconnectedness through the internet from their birth, it is safe to say that social media plays a monumental role in our lives. However, there are great responsibilities we hold with our digital footprints, as stated by Jon Brodsky, who was cited in an article by Reader's Digest. With that said, there are surely more than a handful of people who regret things they have said or done that have wound up on Instagram, Twitter, Facebook, or other platforms.

In the upcoming years, there is the potential that people will hire specialists to remove polarizing statements, pictures, or other information people put out into the web that could harm them in terms of job opportunities or relationships, to name a couple. There is no doubt in my mind that one day this will be a real job, but for now, keep a strong look on what you put into the unforgiving internet. 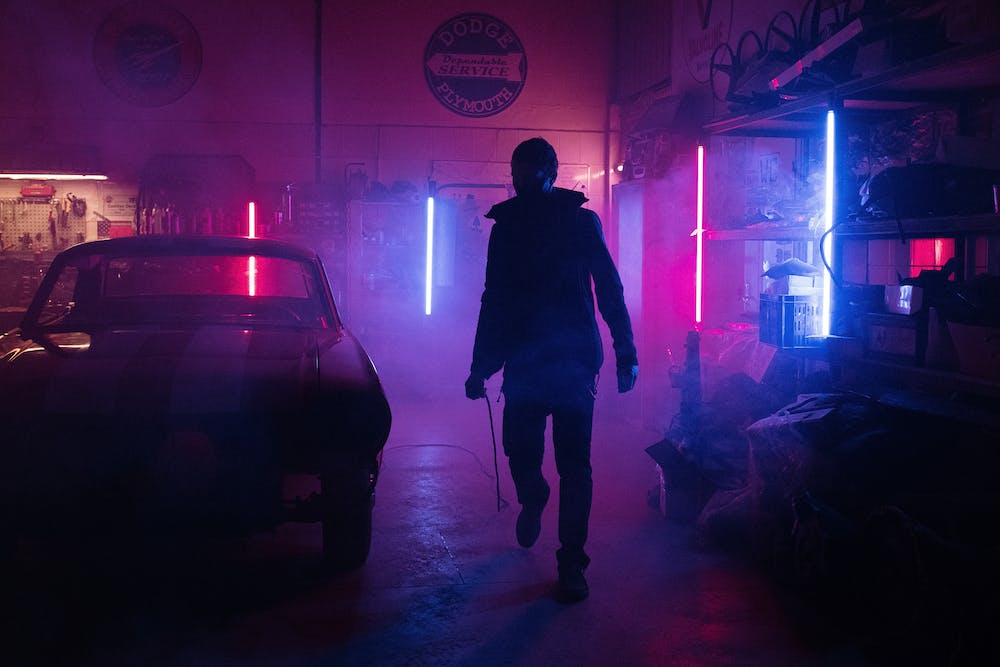 Robo-mechanics may come around one day, but human mechanics will maintain their place in the industry for many years to come. With the advancement of self-driving cars, old-school mechanics will have to shift their conventional methods into more contemporary ways in order to keep up with the changing technology that goes into the function of these vehicles.

Perhaps an entirely new wave of mechanics that specialize in automated cars will be brought forth, or modern mechanics will themselves learn new technological methods to treating self-driving cars based on new future regulations. Either way, self-driving automation will force a change in the conventional ways a mechanic does their job. 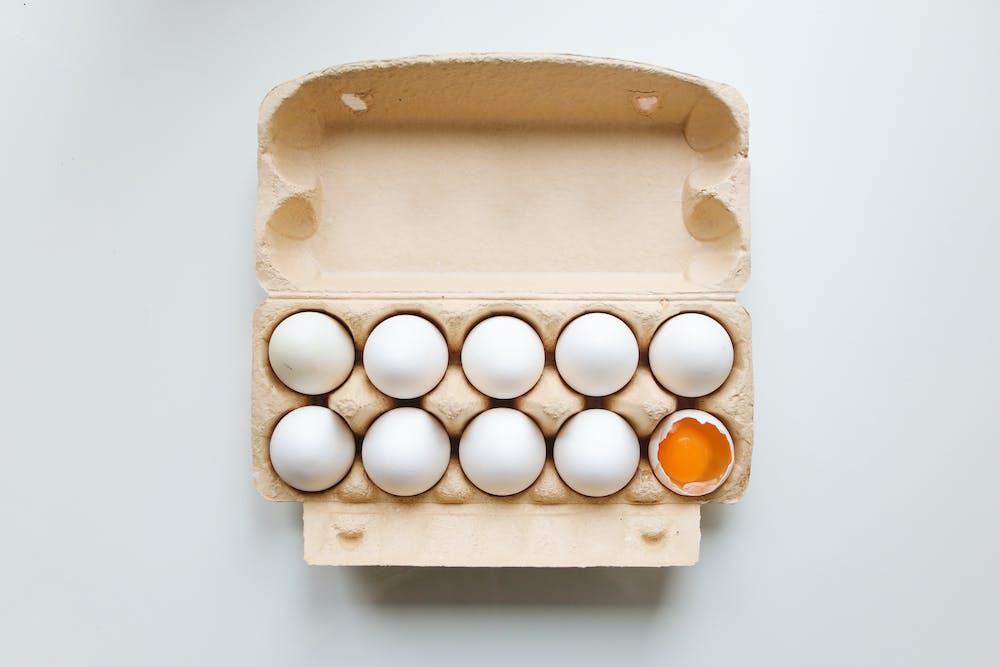 With 2020 being one of the worst years, so far, in terms of rising poverty rates, it seems as if in the future, acquiring adequate food will be a tough task for many individuals. Perhaps a newly designed system of 3D-printed food could soften the blow, since there have already been tests with created meals in the recent past. According to Sidekick, laboratory-created burgers came into fruition a few years ago and could foreshadow a future in printed food!

If this is the case, there will definitely be a numerous amount of jobs to design new foods to be 3D-printed, test safety regulations, and many other things amongst these. 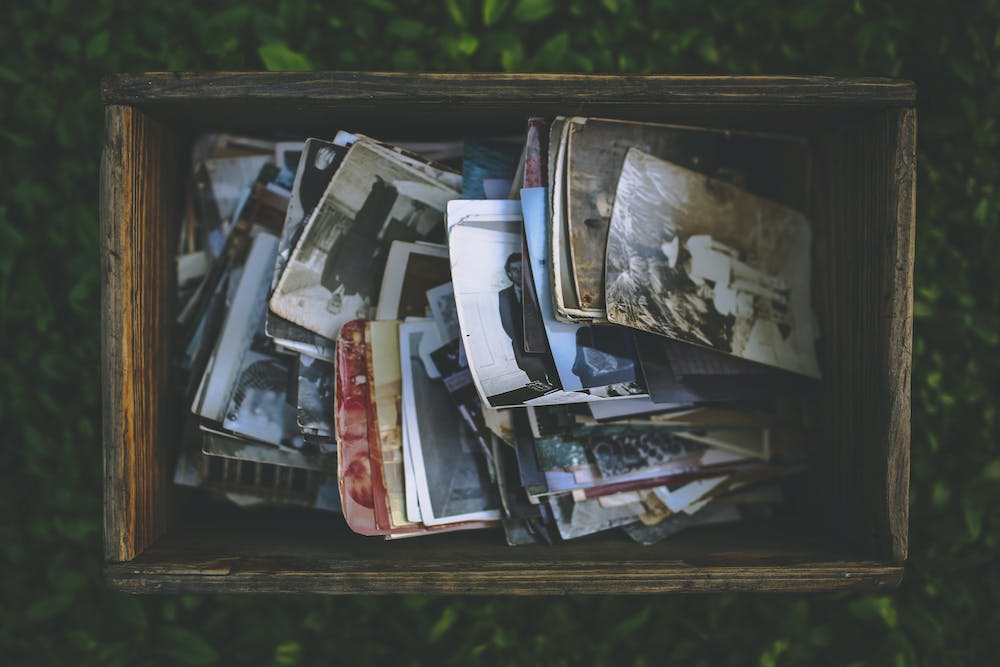 By the year 2050, 1 in 6 people are projected to be over the age of 65, a dramatic increase from 1 in 11 in 2019 (Medium). Ultimately, this signals that we will be getting older and with age comes consequences, such as potential memory loss. Although memory loss may not be extreme in many, there are definitely certain times in your life from younger ages that you wish to remember vividly.

In comes a Memory Conservator, a job consisting of exploring into the amygdala, the part of the brain responsible for memories, and finding a way to bring these memories into a simulation which an individual can watch with their own eyes. Not only that, but conservators could also sustain memories in order to prevent memory loss in a way such that memories won't fade in the brain itself. It is quite an abstruse idea, but with technological advancements, anything can be possible in the distant future.

Last, but not least, the future of Esports is bright, as we know already. However to combat the rising demand and popularity of Esports, arenas will have to be constructed for tournaments and professional events. These grand stadiums will be no joke and will require architects of the future to take into consideration the following: caged gaming structures, specialty cables, top-of-the-line electrical systems and lighting, and virtual reality displays, to name a few (Medium).

All in all, the jobs of tomorrow will truly be innovative, unique, and unfathomable to people of centuries past. The tech boom will likely be the cause of this, so look for technology to create more oppurtunities and advancements in the future. Remarkable new occupations that seem obscure or dream-like now may actually be commonplace in 50 years. The world is ever-changing and the same can be said for jobs, too. Vishwa Venkatesan is a 17 year old student attending Dulles High School in Sugar Land, TX. He is on his high school’s Junior Varsity basketball team and has strong passions for fitness, health, and spirituality. He hopes to keep writing for years to come and lives by the saying “live in the present moment to receive the fullest life has to offer.”