As months go by and June makes its colorful appearance in our calendars, brands seem to immediately arise with newborn prideful ideals and products. Objects ranging from cups to shirts and snacks adopt a new, hasty, rainbow mask. Business ads show their abrupt support for the LGBTQ+ community by adorning their fonts with vibrant flags and converting their classic, simple logos and branding techniques into a mixture of images screaming "Hey! Look at me! I support the LGBTQ+ community - as long as it helps me sell during this month-". Streets are painted with multicolored billboards and, as diverse sexual orientations begin to feel comfortable in their own skin amongst our "developing" society, July strikes and this vibrant dream suddenly vanishes.

Pride month is over, and the importance of equality within every orientation and the fight for equal rights seems to fly away with the departure of June. Pride flags disappear, and markets are set back in their struggle for inclusion and support. But, why does this matter? In this article, the importance and the origin behind Pride month, and the convenient exploitation of said celebration by brands' marketing during the lapse of 30 summer days will be explained and discussed. 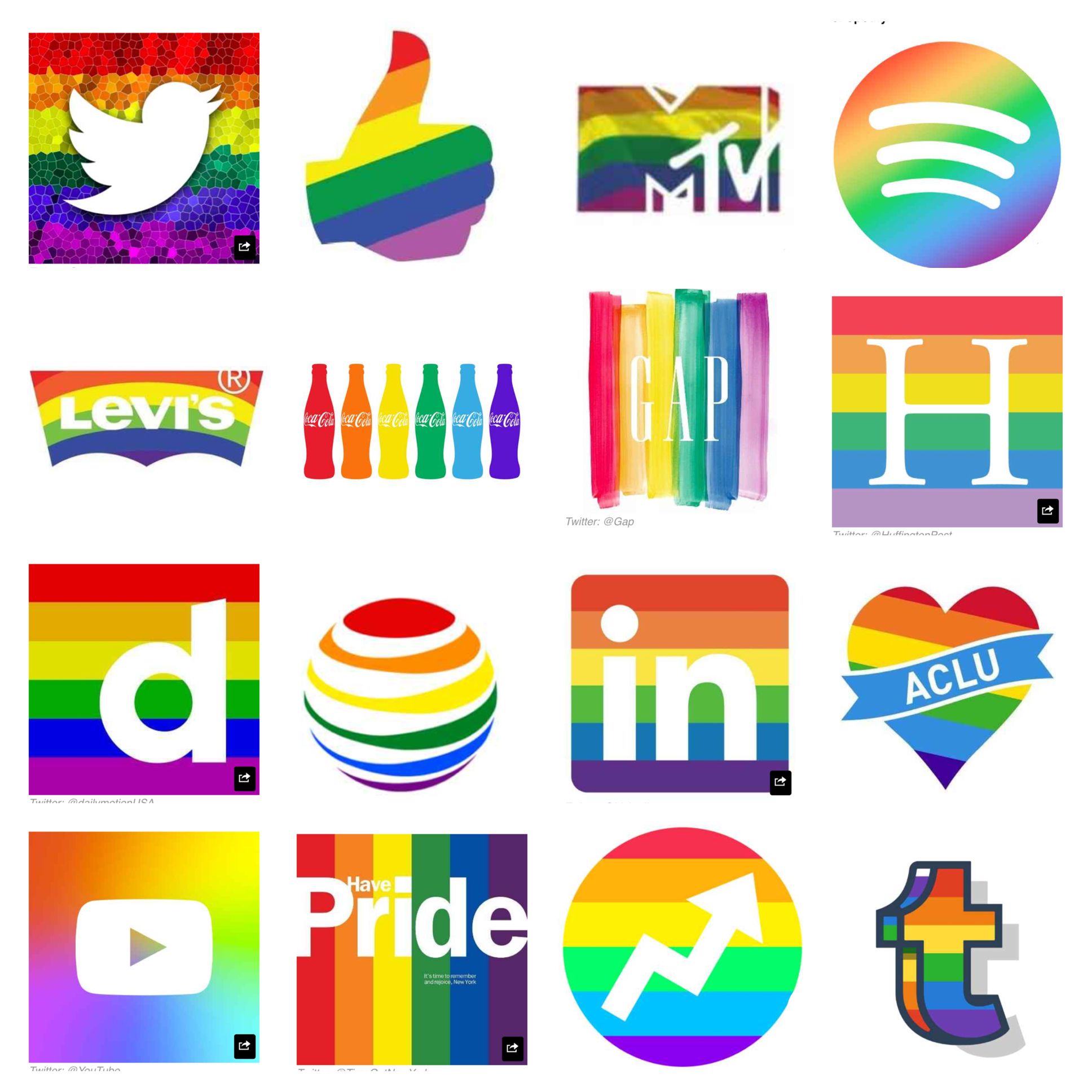 The history behind Pride Month.

First of all, we must understand the history and concept behind what we now call "Pride Month", and why it is such a vital celebration for a growing community known as the LGBTQ+ (standing for Lesbian, Gay, Bisexual, Transexual, and Queer individuals). During the 1960s, society was promoting and accepting homophobic repressive manners by snatching away rights from gay youth and creating an unsafe environment for every homosexual person found in the streets of New York City. Raids on pubs known as "gay clubs" had become common and more restrictions aimed at same-sex relationships were surfacing with every day that went by. Due to this, "private bottle bars" emerged as safe places for closeted people to attend and find an escape from their reproached lifestyles; amongst these, was the Stonewall Inn.

The Stonewall Inn kept a reputation for aiding destitute and runaway gay youths -mainly between ages 16 and 25- who had no other place to go. Many of these people suffered from abusive households and yearned for a new home to be a part of, where they could show their true colors and feel completely safe. The attachment people had developed towards this place was undeniable, and it led to its protection when faced against the night of June 27th, 1969, during which 13 LGBTQ+ clients of said bar were arrested. People stood by their beloved home, eventually creating a full-blown riot with protests that lasted up to 6 days. Thousands of New Yorkers gathered at the event that encouraged LGBTQ+ rights and fought with gore to achieve the more broad-minded civilization we now live in. This is why, during June, we now commemorate every battle fought by aspiring activists who were brave enough to sacrifice their lives for a better future. The struggles once so present have progressively faded with constant hope for a better future in our society, which is why Pride Month is such an important event to so many members and allies of the LGBTQ+ community. 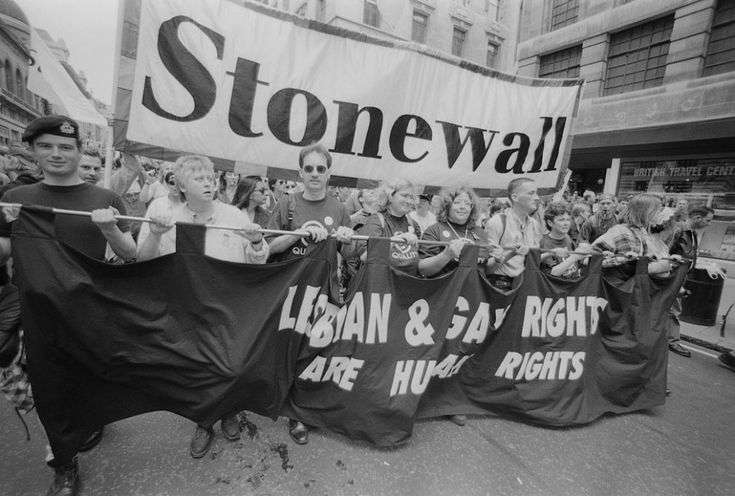 How has this celebration become a marketing technique and why is its exploitation so common?

According to a study held by the 2020 Consumer Culture Report, "71% of consumers prefer buying from companies aligned with their values", and brands have not remained blind to this. Businesses strive to satisfy customers by openly expressing their support for causes they believe are important and stand by, but some of these companies establish a very fine line between Pride and profit. One can sense the endeavoring attempt to highlight their convenient allyship and their untrue rainbow display as the new face of a company. This practice has now adopted the name of "rainbow capitalism" or "rainbow washing", which tends to utilize the battle for equality as a way to gain the attention of consumers who truly care for the fight. The situation becomes worse when bands who use this performative allyship publicly donate to homophobic politicians and/or other organizations from the same profit won by rainbow packaging. As they hypocritically pretend to support and stand for the LGBTQ+ community, they turn their backs and, like AT&T, donate $2.7 million to anti-gay and anti-trans politicians, as explained in the Instagram post below:

As mentioned before, the clientele now tends to purchase products that appear to support ideals and causes important to young society. Brands hold their interests at stake, to be won or lost by relying on campaigning and ignoring further action. This exploitation of Pride has led to a toxic dynamic between the combat for Gay Rights and the selling of marketed products. The pattern of using Pride as an excuse for corporations to sell is not only causing a celebration to become about capitalism, but is also an offense to those who fought for equality, members of the LGBTQ+ community, and an abandonment of the roots behind such a relevant month.

What can we as young consumers do to change these patterns?

Now that we've acknowledged the madness behind these practices, we must ask ourselves, what can we do to provoke change?

Purchase from brands that actually donate to activist organizations.

During June, it's especially important to make sure that the brands you're purchasing from truly stand by their promoted ideals, and in this case, actually defend equality and gay rights behind an advertisement. This defense could range from using their voices to spread awareness, or even better, donating to organizations that look out for gay rights, like GLAAD, the Human Rights Campaign, and PFLAG, amongst various others. An example of these brands is Reebok, which, during Pride Month, spoke about the issues behind the little to no representation the LGBTQ+ community has in various industries in the modern world. Read Reebok's article here.

"When a diverse group of people are left out of marketing campaigns, there is a lack of representation of what the world really looks like. The powers that be need to be held accountable to ensure that inclusion is tangible and that all communities feel accepted".

Additionally, Reebok produced a short video for the Proud Notes campaign with queer activists who share their experiences growing up in a developing society, how far they themselves have come, and how they've helped people feel better ever since they came out of the closet.

Reebok did not stop at this but also proceeded to donate $75k to the Sylvia Rivera Law Project (a non-profit organization helping transgender, gender non-conforming, and intersex youth). This is a perfect example of a company that completely drifted away from the classic rainbow plastering on products during Pride Month, and actually showed its support for gay rights and the LGBTQ+ community not solely with words, but also with actions.

Just like Reebok, we're able to find other companies in the market - like Apple, Converse, and Ralph Lauren- who hold an honest allyship all year round and keep the Pride alive after the end of Pride Month. It is in our hands to end the cycle of rainbow washing and stop this exploitation of a historical month and celebration.