Japan: a country credited with giving the world many gifts, such as the laptop, CRISPR, instant noodles, anime, manga, and the world of Nintendo, to name a few. However, Japan has recently been seizing attention from around the globe because of their unique and diverse fashion styles. These looks have revolutionized and transformed the definition of "fashion" all over the world. 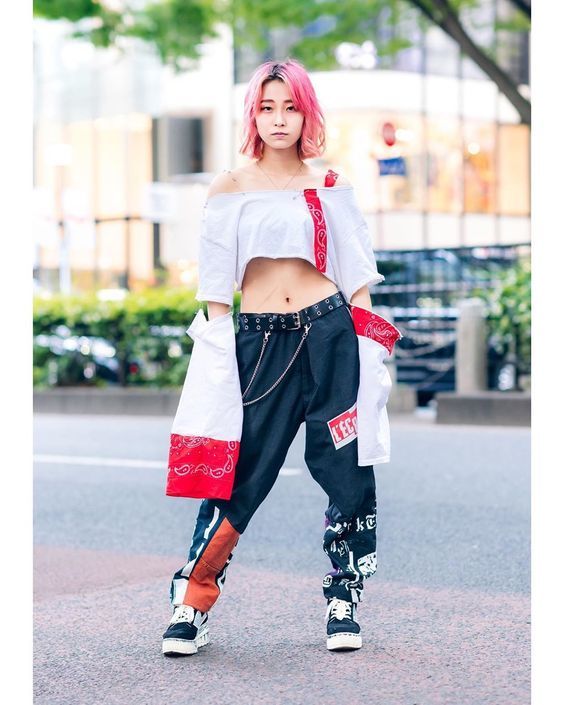 Harajuku, one of Japan's most well-known and recognizable styles, takes its name from the Harajuku district of Tokyo, Japan. It became famous in the 1980s thanks to the outfits that teens and street performers wore on the infamous Takeshita Street in Tokyo. Many describe this style as one that embraces freedom of expression because the wearer is able to convey their emotions through their personal choices of clothing .

Unlike other styles, Harajuku fashion is more of a movement in which the outfits should not abide to strict societal rules and the pressure to fit into the norm. That is why majority of the looks are undefined and irreplicable. 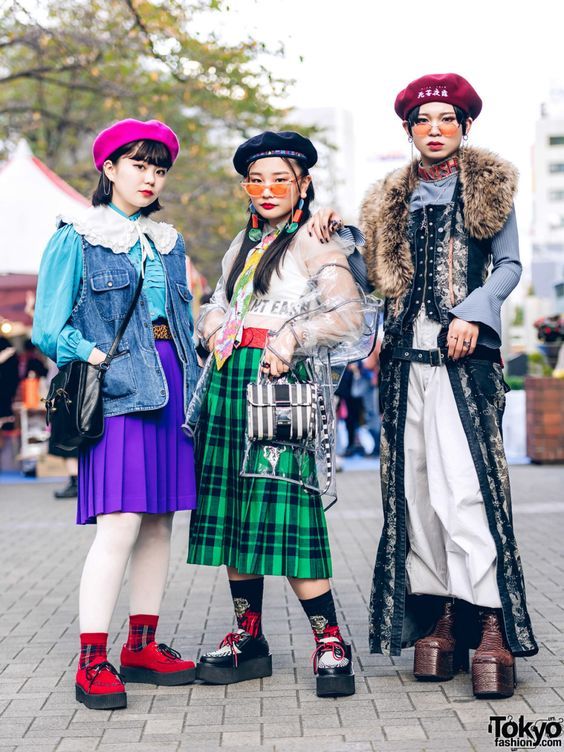 A subsection of Harajuku fashion, Lolita was actually inspired by the clothing worn by women and children during the Victorian and Edwardian eras. The style was born from a craze in the 1980s called Doll Fashion, and ever since, it has continued to develop more and more as a genre. 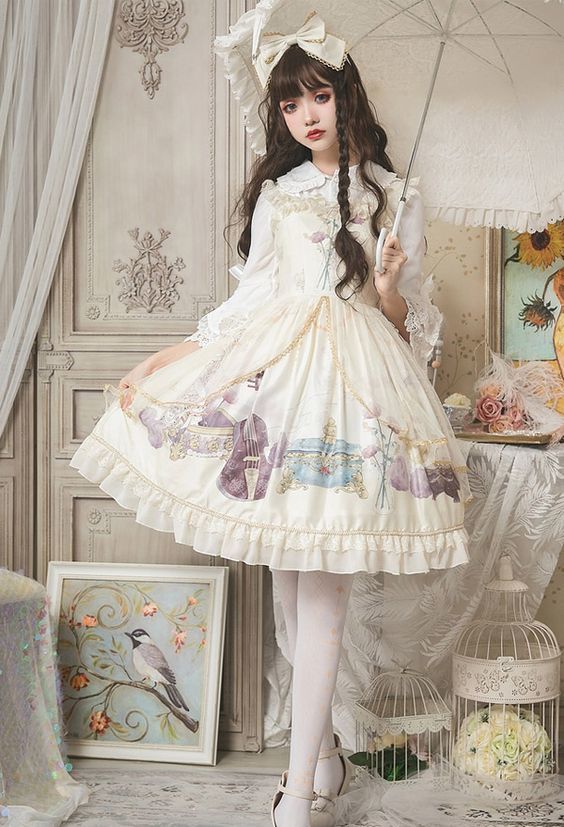 Outfits commonly incorporate girly — or more feminine — items and colors, such as petite, frilly dresses, cute hairties, and opaque colored stockings; vintage doll-like parasols are also popular additions to the lolita look. Individuals who dress in lolita fashion often do so in order to appear more ladylike, elegant, and wholesome.

Gothic Lolita originated from the combination of lolita and the style of the then-trending visual kei bands. Visual kei is a movement among Japanese musicians that popularizes the usage of varying levels of makeup, intricate hairstyles, and extravagant costumes. By tying together the dainty styles of lolita with the punky, dark style of visual kei, gothic lolita became a shockingly new and original concept to the Japanese. 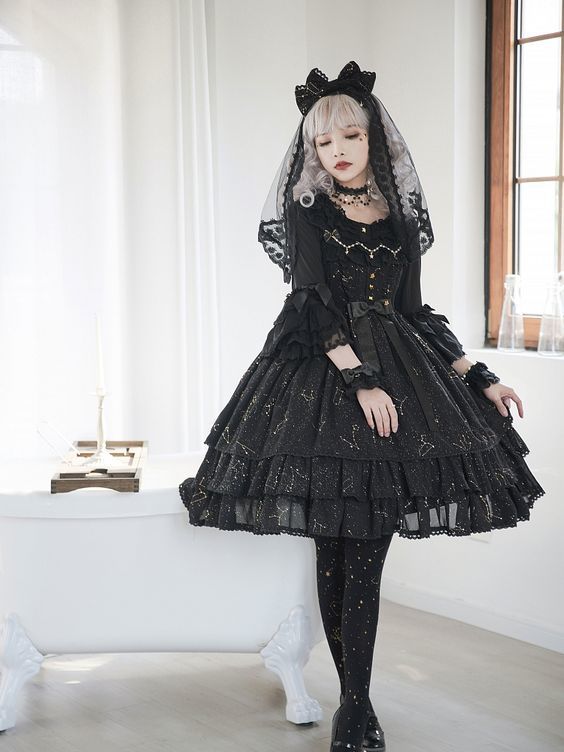 With the continuous founding of brands like Bape, Comme des Garçons, and Undercover, Japan has progressively accepted the idea of streetwear into their culture. Unlike hypebeasts around the world, Japan doesn't focus on name brand items. Instead, they tend to concentrate their attention on mixing and matching flashy, edgy articles of clothing in order to make a bold statement. 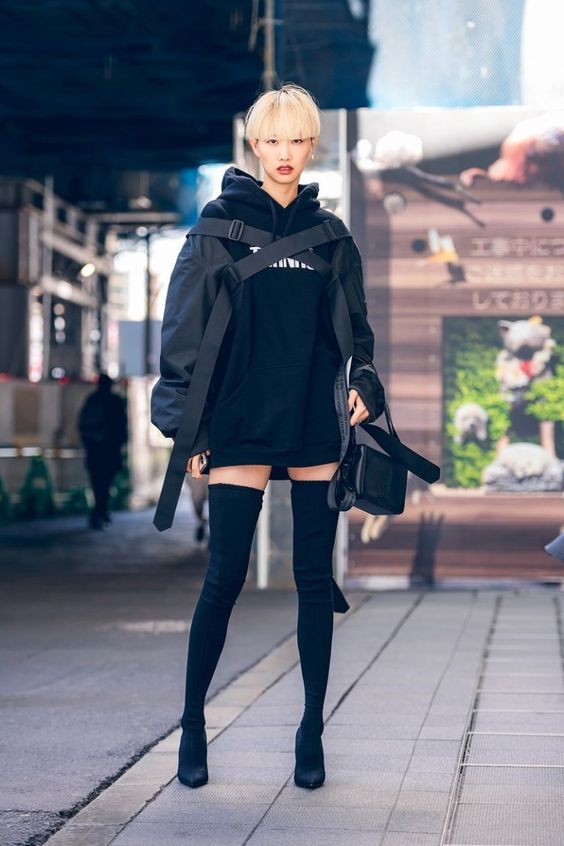 In comparison to the other styles, Japanese office fashion doesn't include unique combinations of fabrics and designs since, afterall, it has to be appropriate for the office. Simple and minimalistic clothing pieces are often integrated into these outfits.

Apart from being suitable for many different occasions, Japanese office fashion is very popular amongst the general populace because of its comfort and elegant appearance. Brands like Uniqlo are helping to augment the style's popularity. 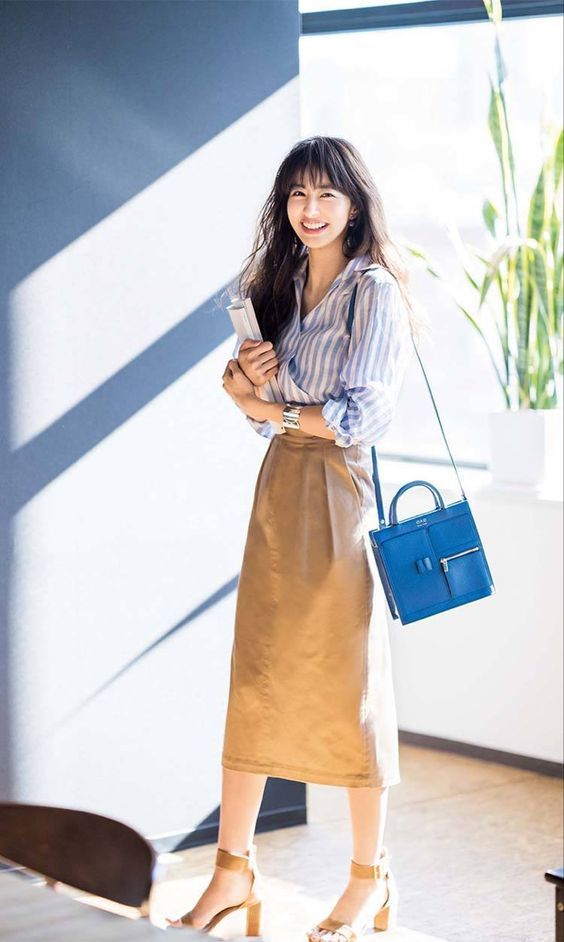 Inspired by the sailor design of Japanese school uniforms, the "young girl" style typically includes a combination of a checkered mini-skirt and a cute, dainty top.The looks are often finished off with loafers of some sort and a tasteful accessory. This style is very popular amongst adolescent girls all over the world; it is by far one of the most trendy looks.

It is frequently influenced by the clothing trends in South Korea, namely the layering of tops and the inclusion of a long jacket. 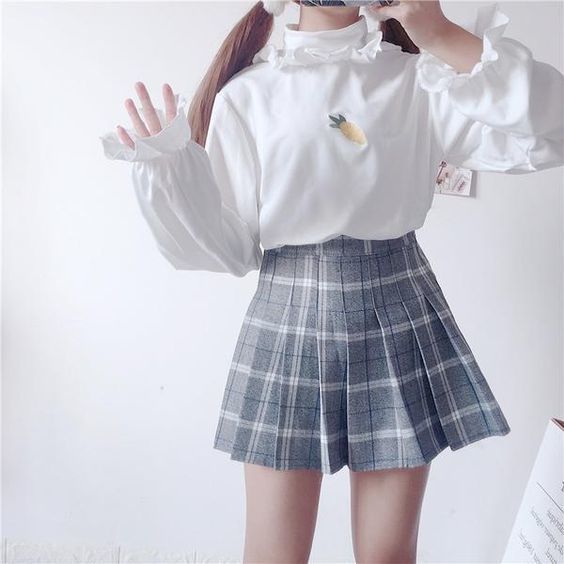 Some individuals take their inspiration from Tokyo Fashion Week and the streets of Tokyo in order to craft their outfits. This is not at all the norm in Japan; however, I included these because I did find these looks refreshing and original. Some of these outfits also integrate the aforementioned styles. Below are some of the most notable: 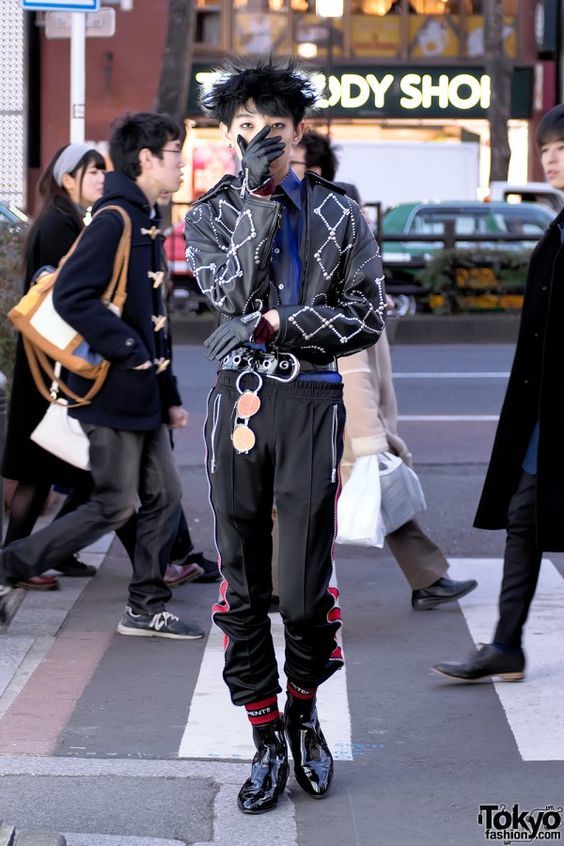 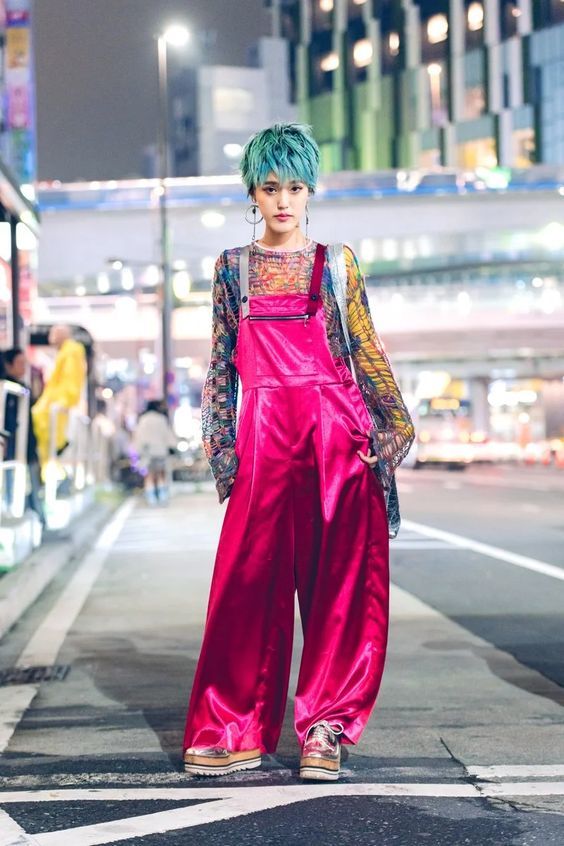 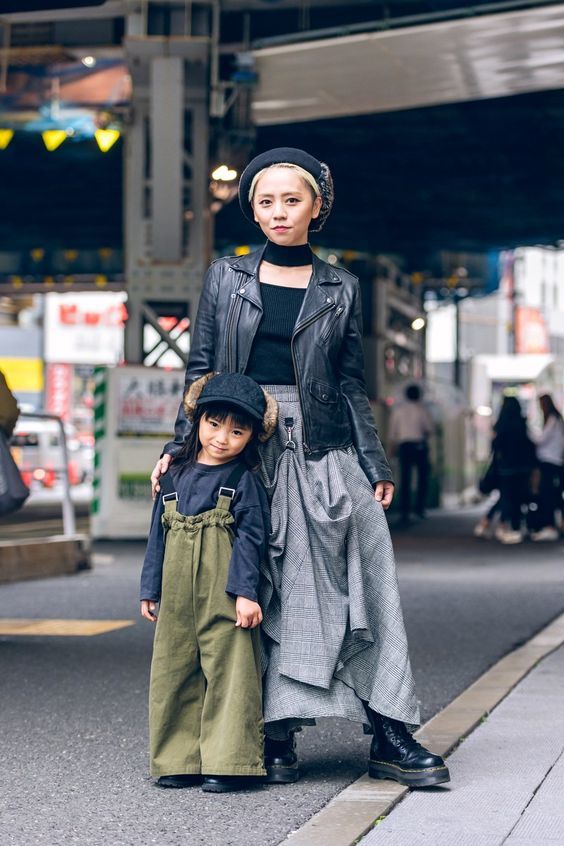 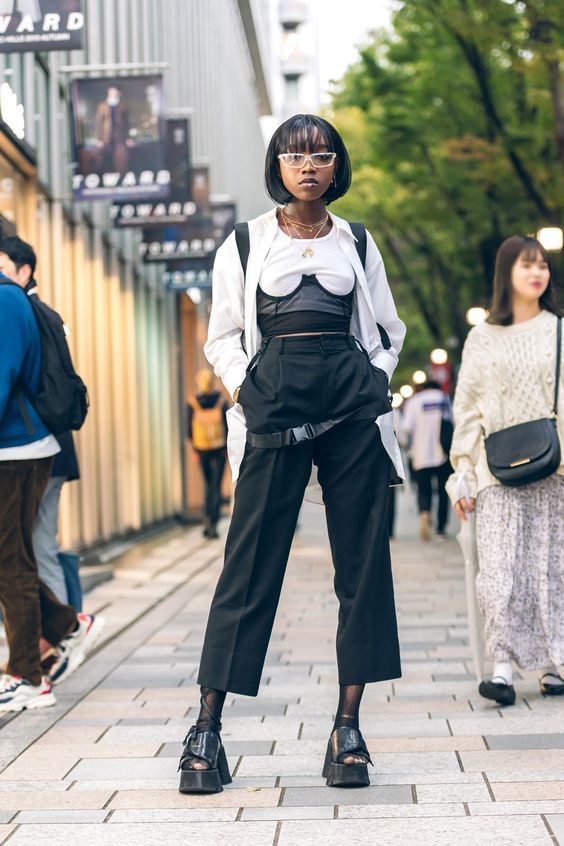 At first glance, Japanese style may largely seem bland and dull, but upon further observation, it has more layers to its appearance. The diversity and unthinkable combinations of Japanese fashion is what sets the country's accoutrements apart from others. The looks spark so much inspiration, and they help to influence many people's wardrobes across the globe. It's Fall, Y'all: Autumn Essentials You Can't Not Have

How Dressing Like Blair Waldorf Helped Me Take My SATs

An Endless Array of Creative Possibilities with UZ: Your Imagination Coming to...

How I Learned to Love My Tiny Boobs (and the Rest of...

No Joke, This Clear Routine Will Actually Get Rid of All Your...