On Wednesday, after nearly a hundred days of ongoing protests, a grand jury weighed in on the Breonna Taylor case. The takeaway? Property has more value than a Black life.

I seriously wish I could say I was stunned, shocked, knocked off my rocker by the decision, but I am not. Frustrated, yes. Surprised, no. And that's the scariest part. 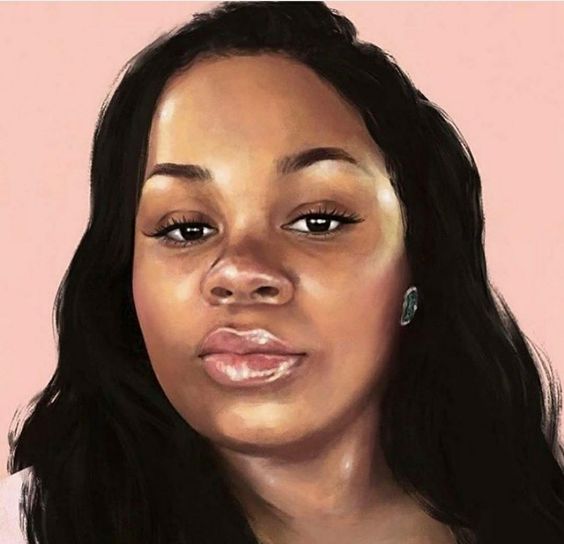 Breonna Taylor was a 26-year-old EMT and aspiring nurse residing in Louisville, Kentucky. At the time when the pandemic hit, Bre was working at two hospitals. On March 13 at 12:30 a.m., she was shot to death by white police officers in her own home after her boyfriend, Kenneth Walker, assuming a break-in, opened fire in self-defense. In what has been described as a “botched raid,” officers–later identified as Jonathan Mattingly, Brett Hankison, and Myles Cosgrove–entered Taylor's home on a "no-knock" drug warrant for a suspect that no longer lived there. No drugs were found.

These three officers were at the wrong home, inside the wrong apartment, in the wrong neighborhood, looking for a man who had already been arrested. And for months, none of them faced any consequences.

So, social justice activists, celebrities, and everyday Americans took it upon themselves to protest for charges and justice for Taylor’s death.

Bre’s name became a powerful rallying cry during protests around the country and the world, through all of May and this summer, demanding police reform, because it keeps happening. Again and again and again. 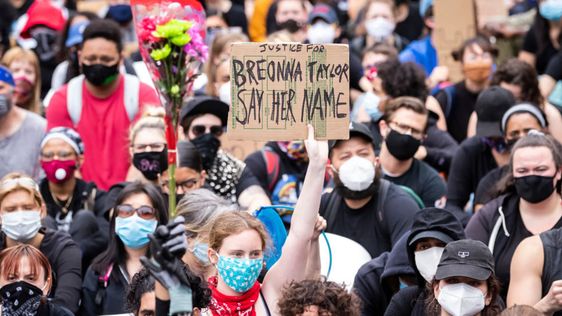 Over 194 days have passed since Breonna Shaquille Taylor was murdered. And outrageously, she has yet to receive justice.

On Wednesday, September 23, Attorney General Daniel Cameron announced the conclusion of the grand jury: they would indict and only indict Brett Hankison, and only for the shots that missed Breonna. In this case, that meant the shots fired into the apartment of Breonna’s white neighbors. Three counts of wanton endangerment ... and no charges for the death of Breonna herself. This deliberation is a slap in the face to the family of Breonna Taylor and all black women. 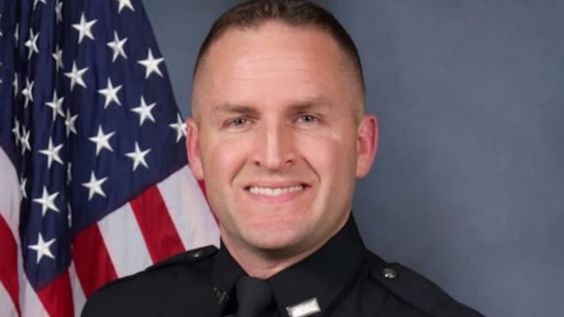 Benjamin Crump, one of the attorneys for the family of Breonna Taylor, sums up how it feels the best:

"It’s just heartbreaking. It’s like killing Breonna all over again."

In the same sentiment, just hours after the Kentucky grand jury brought no charges against Louisville police for Breonna Taylor’s death, protesters took to the streets, wounding two Louisville officers were shot with non-life-threatening injuries on Wednesday night in expressions of outrage. This incident is one of many examples of the extensive gap between the opinions on justice for the killing of Black Americans from the public those who are in charge of creating and enforcing the laws under which those officers are charged.

State Attorney General Daniel Cameron asserts that “criminal law [was] not meant to respond to every sorrow and grief," because "justice is not often easy.” But in what universe is that considered justice?

Know their faces. Know their names. Make sure everybody else does as well. Brett Hankison fired 10 shots into the apartment of Breonna Taylor. This was described as a “shocking” use of excessive force by the police chief. He was fired, but has not been charged or had his pension revoked. Jon Mattingly & Myles Cosgrove fired an additional 15 combined bullets into Breonna’s apartment. They have not been fired are still police officers. Joshua Jaynes filed the no-knock warrant that led to the murder of Breonna Taylor. This warrant contained lies + falsified information. He has not been fired and is still a police officer. Daniel Cameron is the state attorney general. He has the power to arrest + charge the officers who murdered Breonna Taylor, but he has not done so because his campaigns were funded by police unions. He is not loyal to the people. He is loyal to the politicians who endorsed him: Donald Trump & Mitch McConnell. Greg Fischer is the mayor of Louisville. He has the power to fire the officers, but has not done so. He blames this decision on a slow investigation by Cameron’s office. These are murderers and the defenders of murderers. They should be known and identified as such. #JusticeForBreonnaTaylor #BlackLivesMatter

With this decision to not prosecute the Louisville police officers, people all over the country grappled with the question that pursues amidst the countless demands for justice: What happens next? 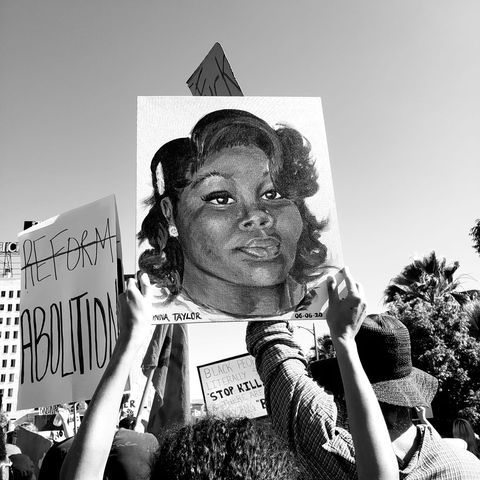 At this point, nobody in their right mind would deny the prevalence of racism in our current society. However, this knowledge couldn't protect Breonna's life. And the reason does not rest solely on the shoulders of the Louisville officers.

The argument against the prosecution of a police officer who kills a Black person follows along the lines of specific facts about the victim, or the circumstance of the case. But it's not about one person or one case. The fundamental issue is that the American judicial system is divided and racist.

🚨BREAKING: A grand jury indicted Brett Hankison on three counts of wanton endangerment. None of the three officers involved in the botched drug raid will face charges related to the actual death of Breonna Taylor, such as homicide or manslaughter. Kentucky Attorney General (AG) @danieljaycameron says LMPD detective Myles Cosgrove fired the fatal shot that killed Taylor. Authorities found Cosgrove and Sgt. Jonathon Mattingly were both “justified” in shooting because they were defending themselves. This is not justice. This is not accountability. via @katiegrossbard @yamichepbs @axios #breonnataylor #justiceforbreonnataylor #sayhername • • • • #blacklivesmatter #blm #justiceforbre #news #breakingnews #kentucky @joyannreid @johneligon @sylviaobell

It is a common notion to think law enforcement is the solution to crime. Spoiler alert: It’s not. Law enforcement has been able to get away with police brutality for the longest time because it's been based on race. The inception of the police department stems from the capturing of runaway slaves. After 400 years of that, the criminal justice system is just as problematic, and Black people are the ones to suffer. 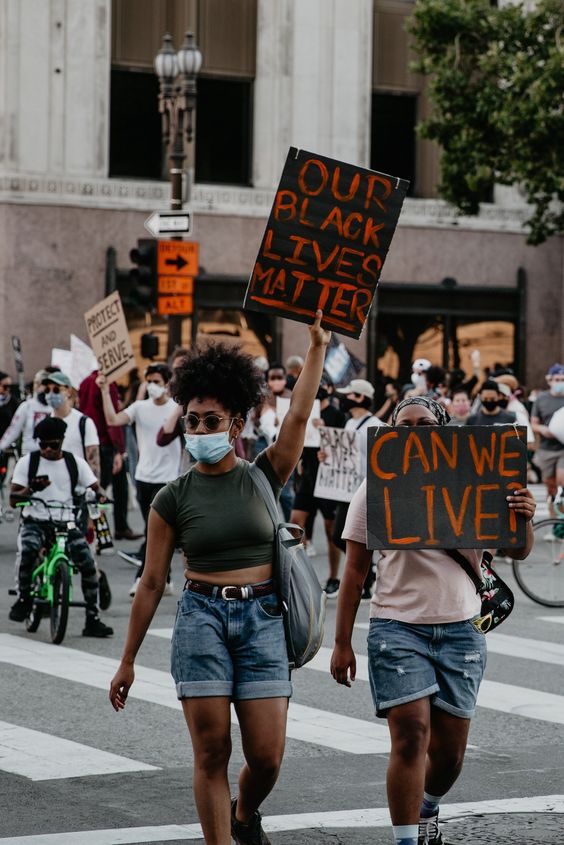 Rarely in life is there a single answer to a problem, and this is certainly no exception. However, there are definitely substantial steps that can be taken to reach that answer. We need to change the ground we stand upon. No justice, no peace.

Justice is only served when black people are granted the same rights as white people, when they aren't scene as innately criminal, when we stop excusing brutality against black citizens, when we stop using the war of drugs to persecture black people, and most fundamentally, when every single Black individual's life is valued just as much as the next person. 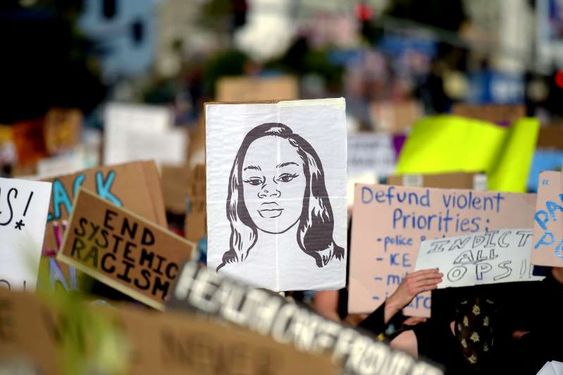 Her death should not go down in vain. Say her name.

Where to help and donate: 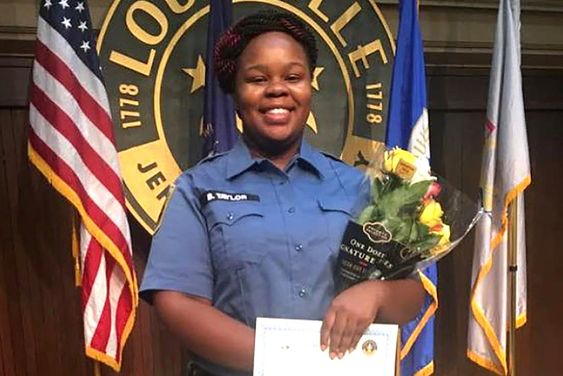 Petition demanding the officers who unlawfully shot Taylor in her home be charged and arrested.

Donate to the Loveland Foundation, an organization that aims to prioritize access, opportunity, and validation for young Black women and girls across the country.

Donate to the Movement for Black Lives, a coalition of Black organizations across the U.S. 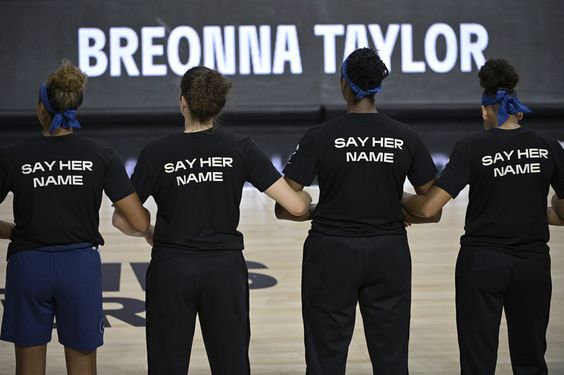