Fashion photographer Peter Lindbergh died on September 3rd at the age of 74. A post was shared on Instagram to announce this and express sadness with so many comments and other celebrities reaching out to share their personal tributes. Lindbergh was absolutely adored in the fashion industry and played a pivotal role in contemporary fashion photography during the 90s as he also helped models like Naomi Campbell, Linda Evangelista, and Cindy Crawford among others become supermodels.  He mainly shot in black and white and people believe he helped change the view of fashion forever. His work has appeared in magazines like Vogue and has had work showcased all over the world even in museums. Lindbergh has also been able to publish his own books about photography.

Peter Lindbergh is survived by his wife, his four sons, and seven grandchildren. His work will live on forever and inspire so many photographers around the world. As we all mourn the death of Lindbergh, we can remember him as an icon and be inspired to all follow our own passions and dreams to leave impressions everywhere, we go. 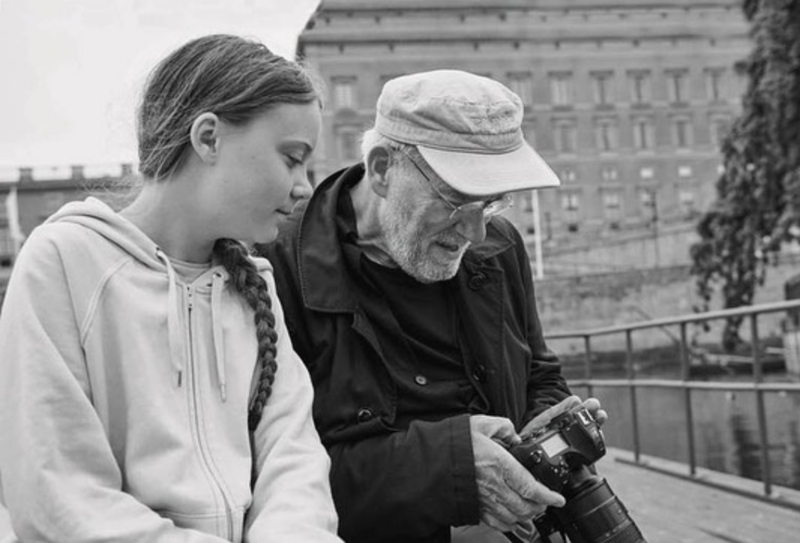 Lindbergh was able to also work on other projects including with the New York City Ballet and has directed various beautiful films including Models: The Film in 1991 and Inner Voices in 1999. A lot of Lindbergh's style and inspiration for film and photography came from growing up in Industrial Germany. He pursued his career in fashion moving to Paris and started working with big names like Prada, Christian Dior, Calvin Klein, and so many more. He has work showcased at Paris’ Centre Pompidou. The next four decades for Lindbergh made him a household name in the fashion industry.

His photos capture this influence in mixing and blending of subject, background, fashion, and location. He strongly believed in not retouching his photos and capturing the true beauty of the shot and not romanticizing unethical or unrealistic beauty standards.

"(THE MODELS ARE) TOTALLY WIPED OUT AND WASHED OUT. AND I THINK THAT'S INSANE," HE SAYS. "THAT DREAM OF PERFECTION, AND THAT DREAM OF BEING FOREVER YOUNG, IT'S JUST A RIDICULOUS THOUGHT. 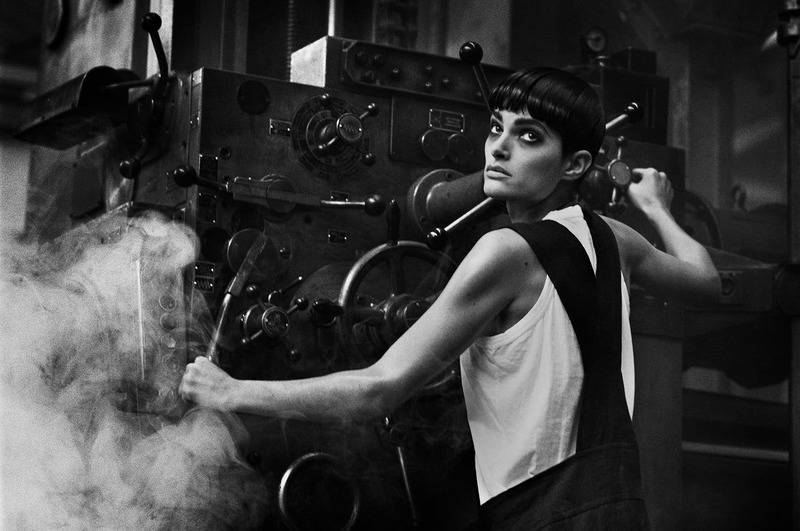 Lindbergh attended the Berlin Academy of Fine Arts in the 60s and his idol included Vincent van Gogh. He worked for two years under photographer Hans Lux before pursuing his own endeavors and opening his own studio. Through his own experimentation, he created a new vision for fashion photography by capturing models where the photos look timeless. The types of concepts he could come up with were so different and people wanted more. He truly was a storyteller and will be remembered for lifetimes to come as he inspires and is thanked by so many. 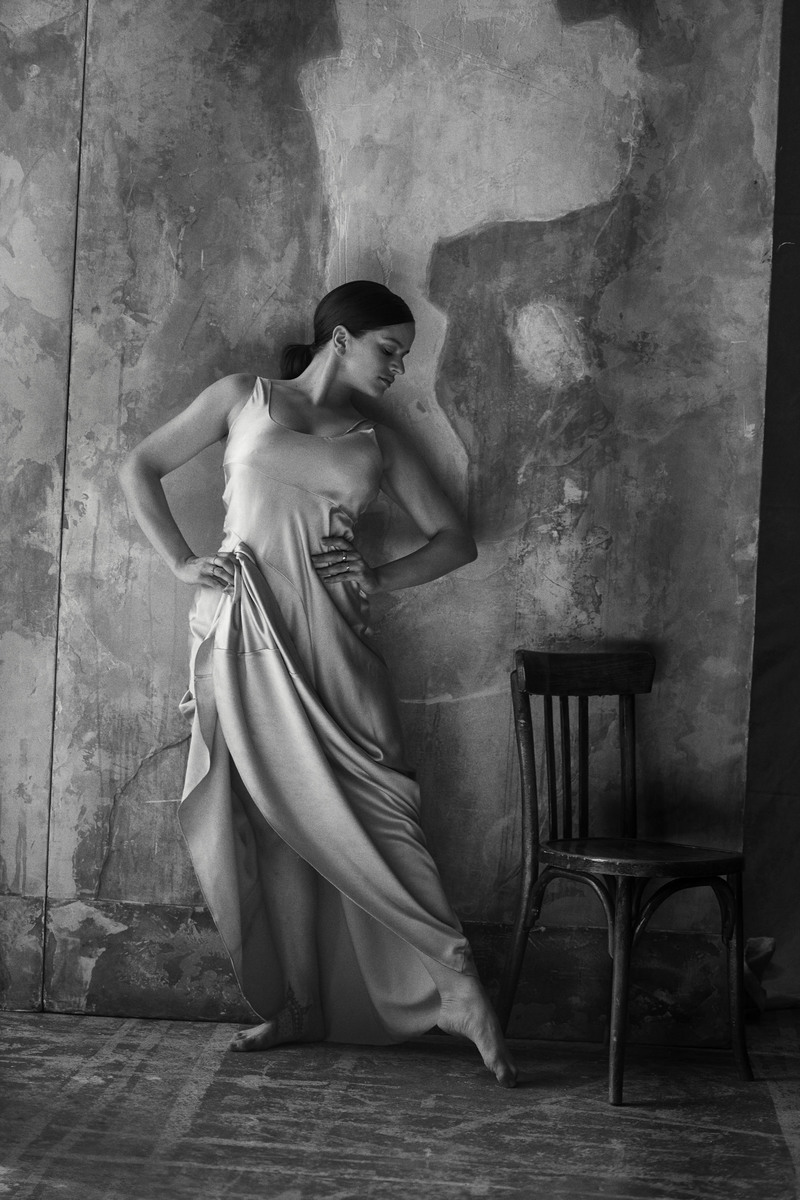 Following the news, many models and celebrities who have worked with Lindbergh posted on their social media about the news and shared stories, memories, beautiful moments, and of course amazing photographs he has captured. Here are a few shared posts below:

“He had a way of turning your imperfections into something unique and beautiful … and his images will always be timeless.” – Cindy Crawford

Cole Sprouse, a now well-established photographer, and famous actor got to work with Lindbergh for a few days learning from him and he shared about his fond memory with him.

I had truly never worked with a photographer as passionate as Peter, even at his age. In the three days I got to spend with him, the story that stuck with me the most was him being so mesmerized by the viewfinder that he tripped, fell onto the ground, rolled it off like he was a 14yo boy, and went right back to shooting- still laughing and smiling and mesmerized. I saw in Peter someone who was doing exactly what they were meant to, and knew just how lucky and reassured I was in to see it in my 20s. A titan, Rest In Peace Peter. Thank you for the books, still learning from you.

Lindbergh helped jumpstart Cindy Crawford's career, and here her daughter got to work with him and got to share a snippet of their shoot with a heartfelt message.

my heart is heavy today. thank you for everything you taught me. an irreplaceable light in everyone’s life. rest easy, Peter 💔

Rosalia did a shoot with VogueSpain where Lindbergh captured mesmerizing black and white stills and got to also create a little film of her singing on set.

One of Lindbergh’s last published campaigns was for British Vogue where she shot high-profile models including actresses, activists, supermodels, and was helped edited by Meghan, the Duchess of Sussex with the photographs being posted on his Instagram.

Here are some of Lindbergh’s most iconic photos throughout the years: 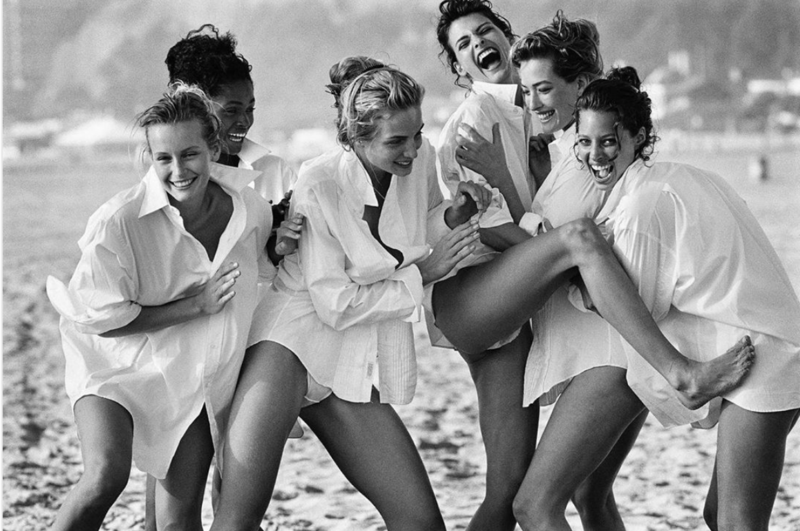 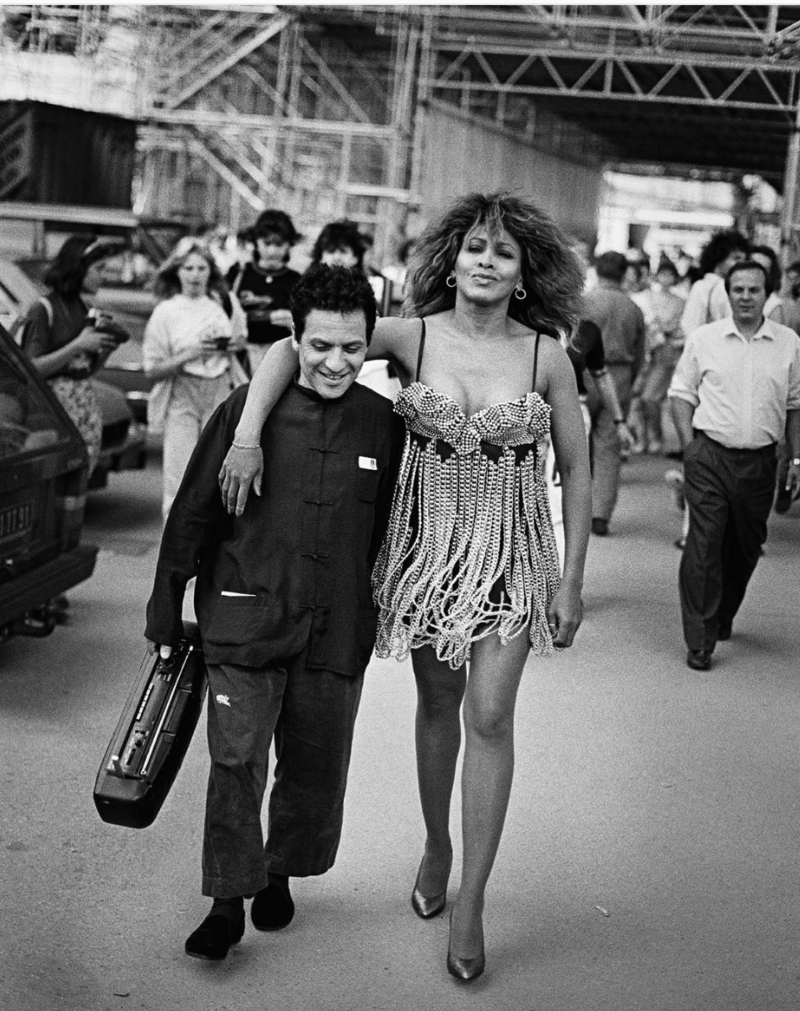 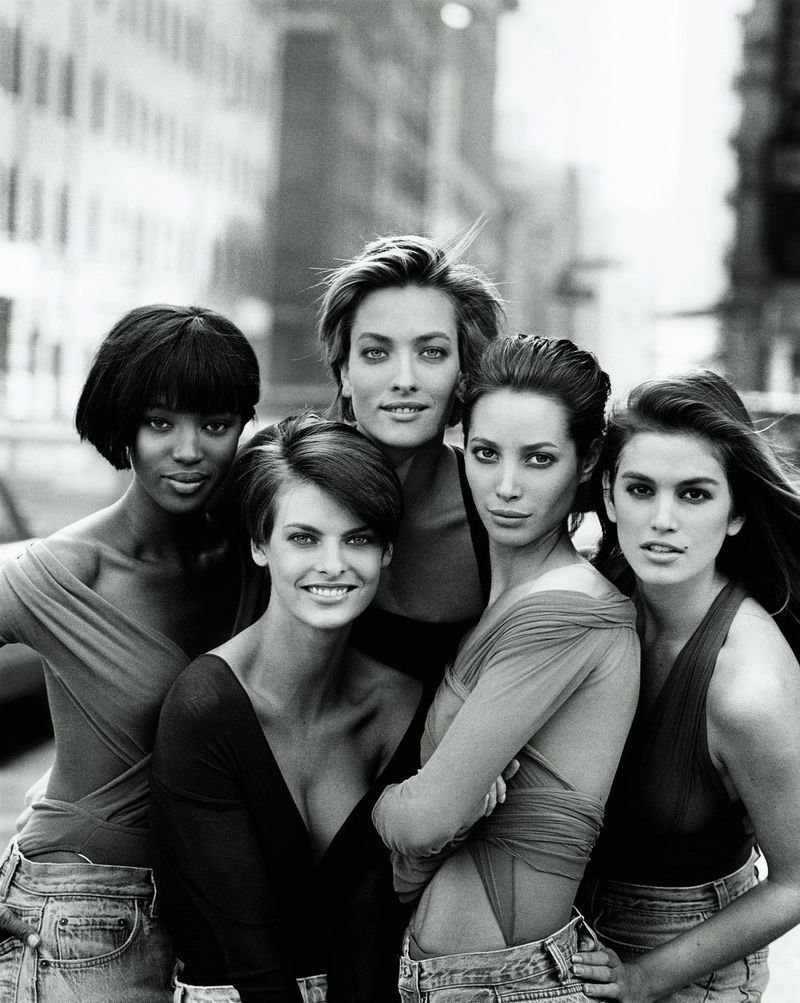 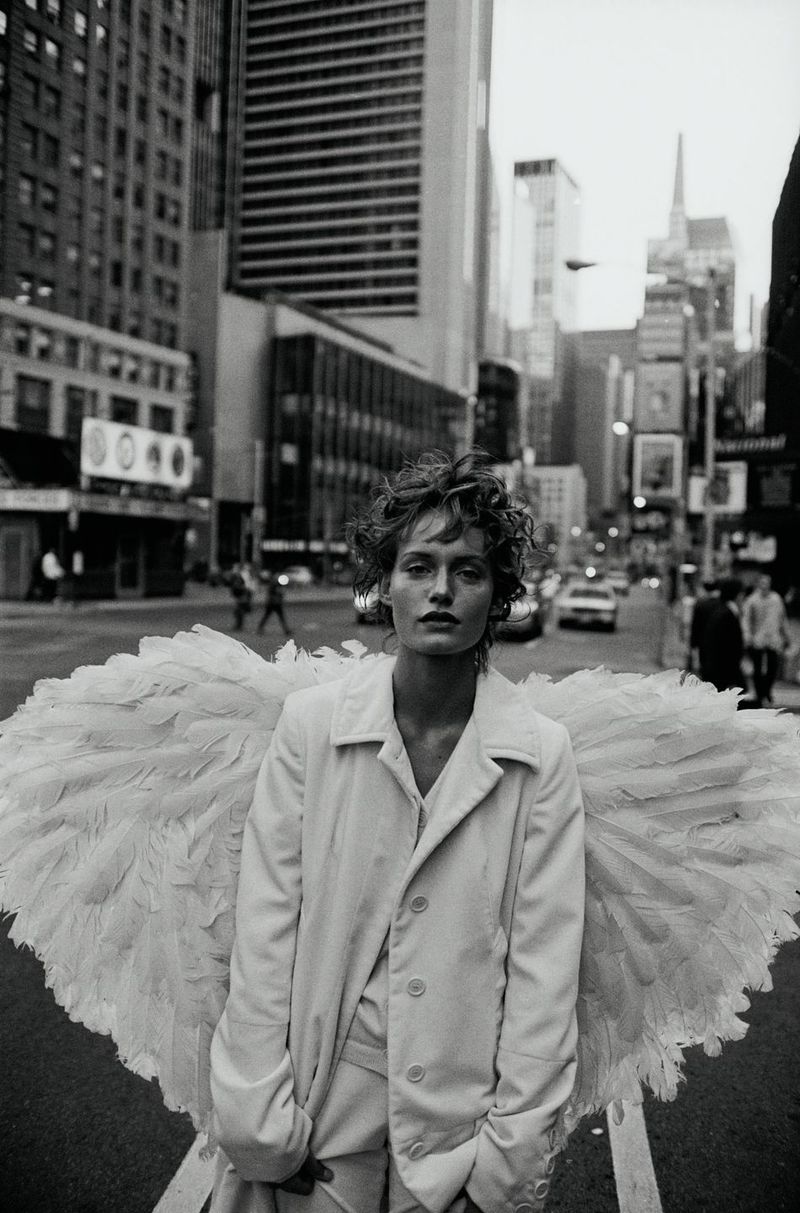 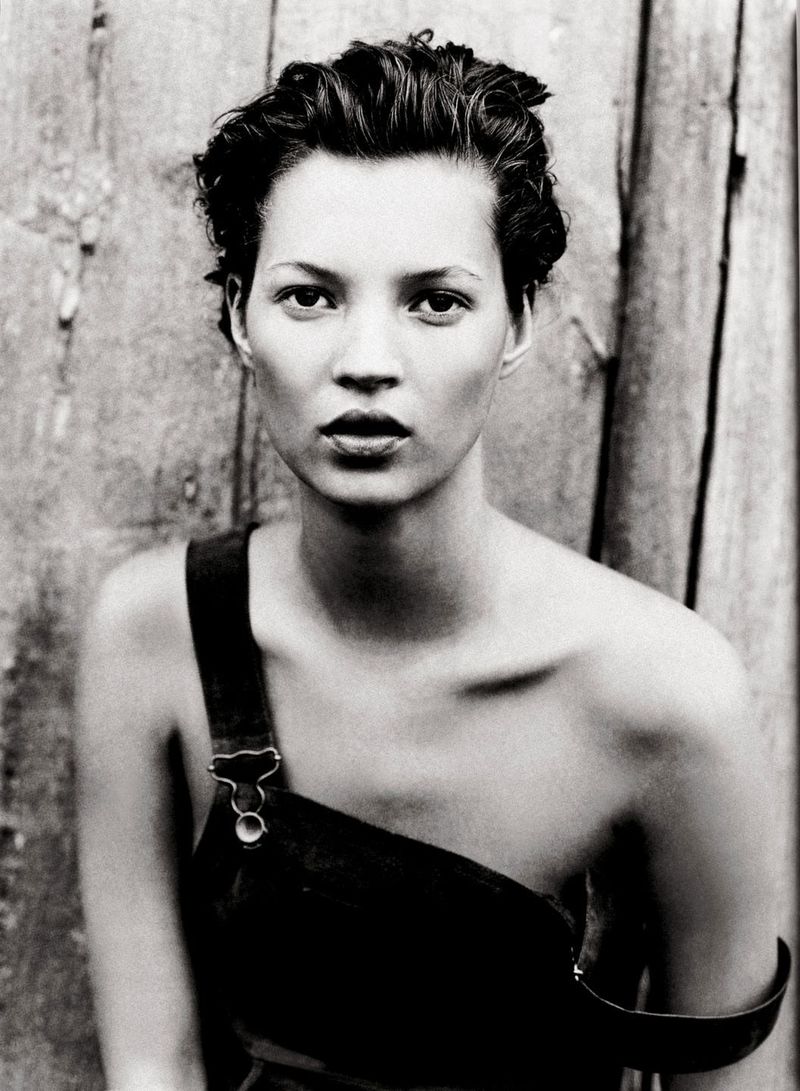 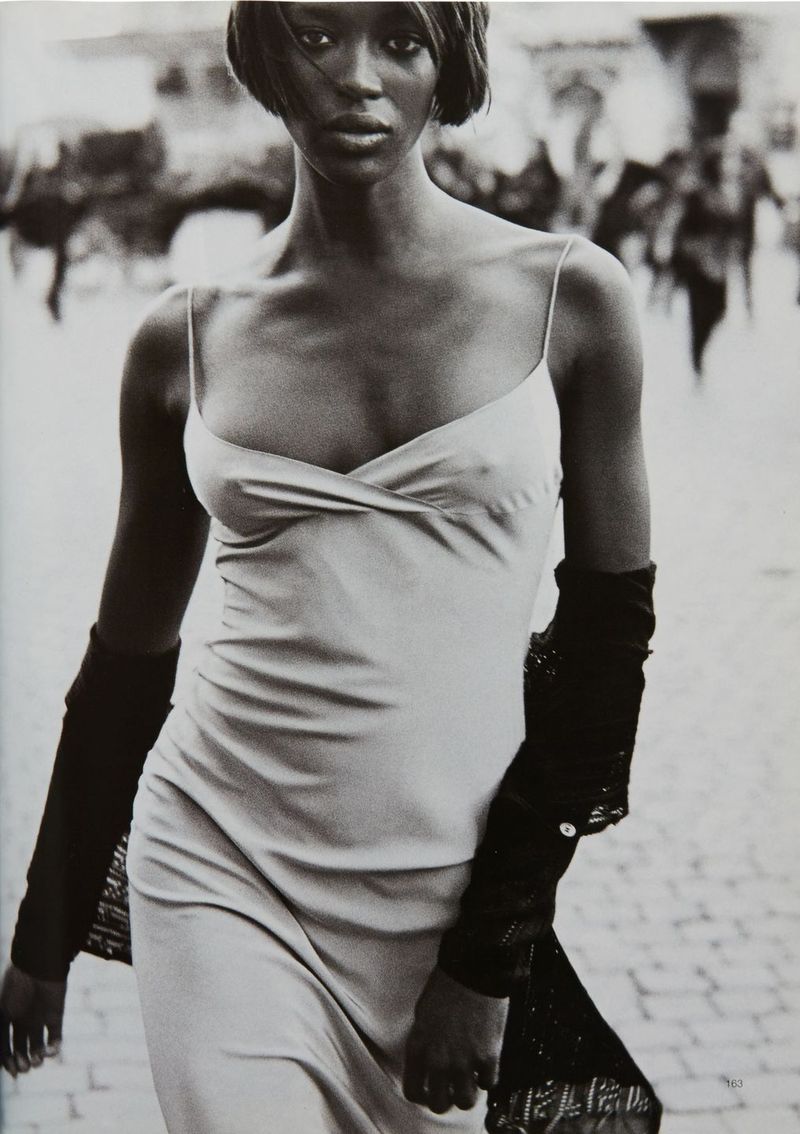 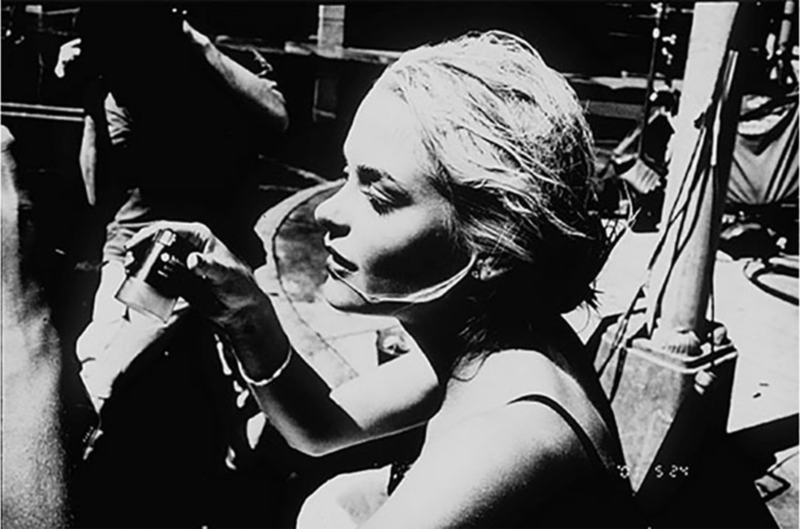 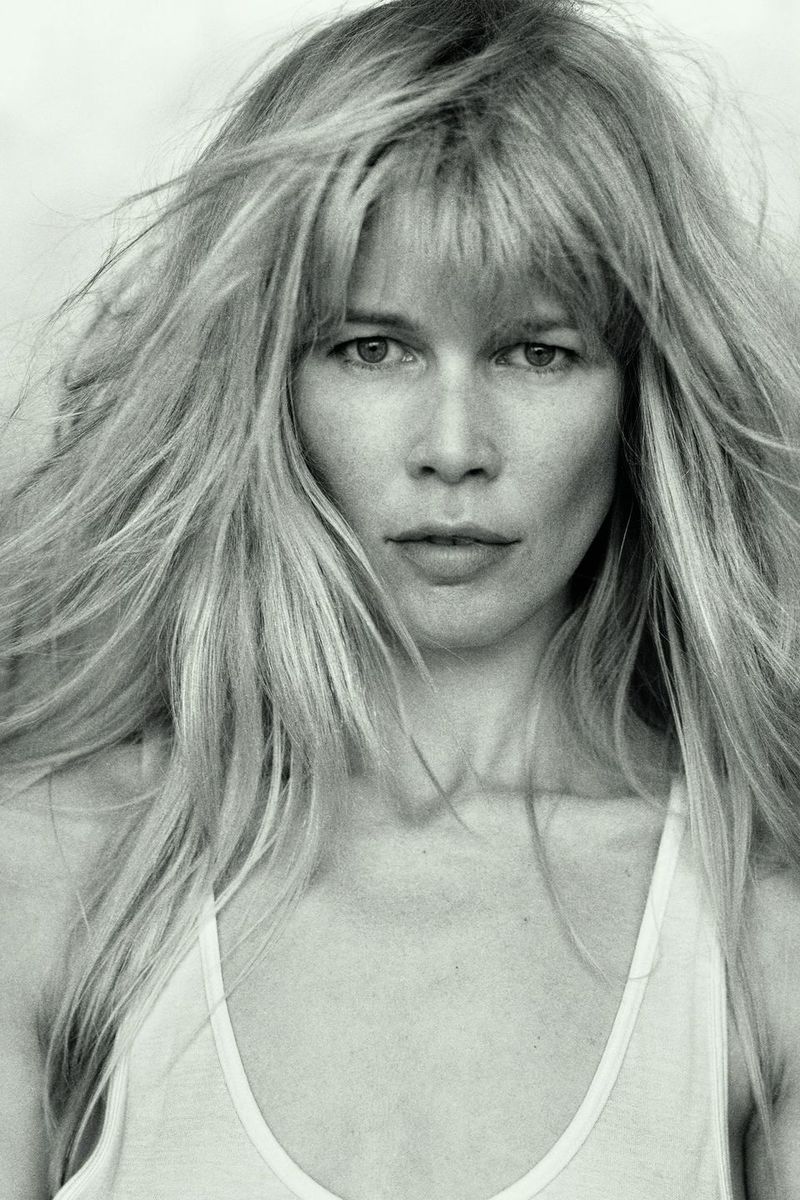 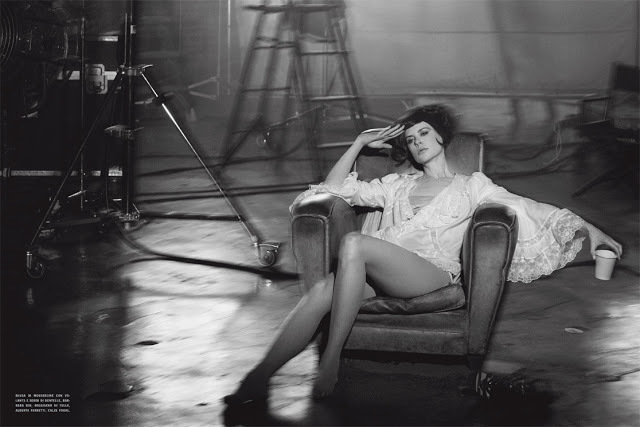 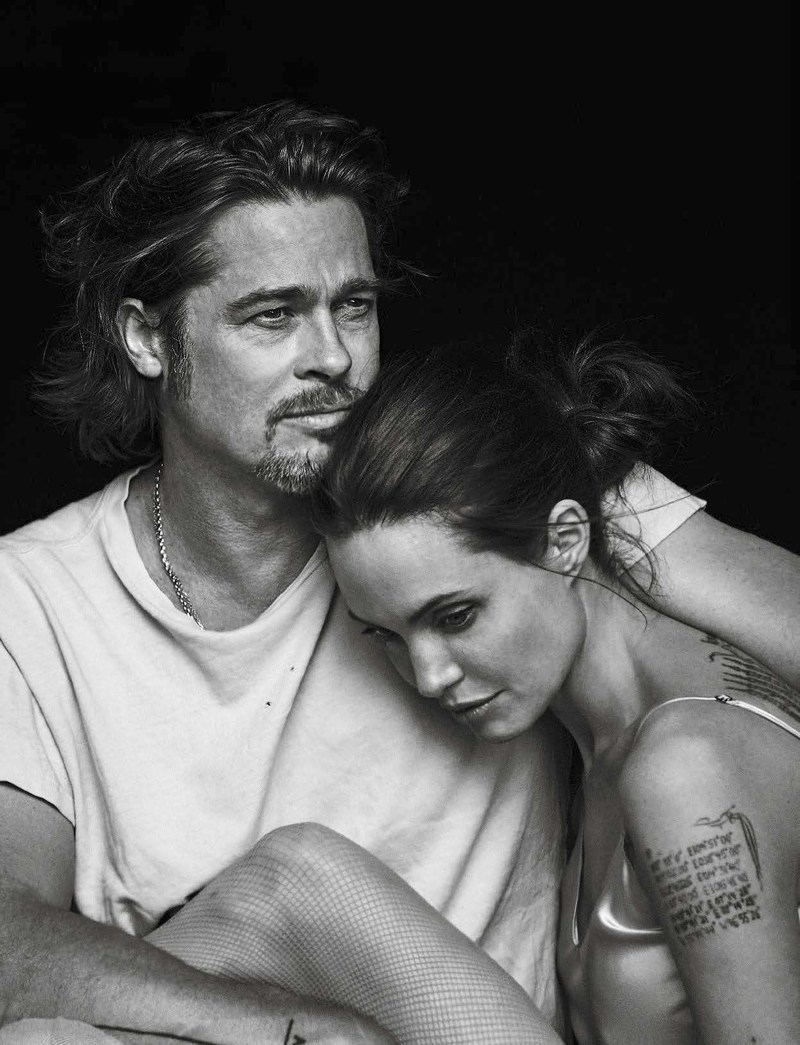 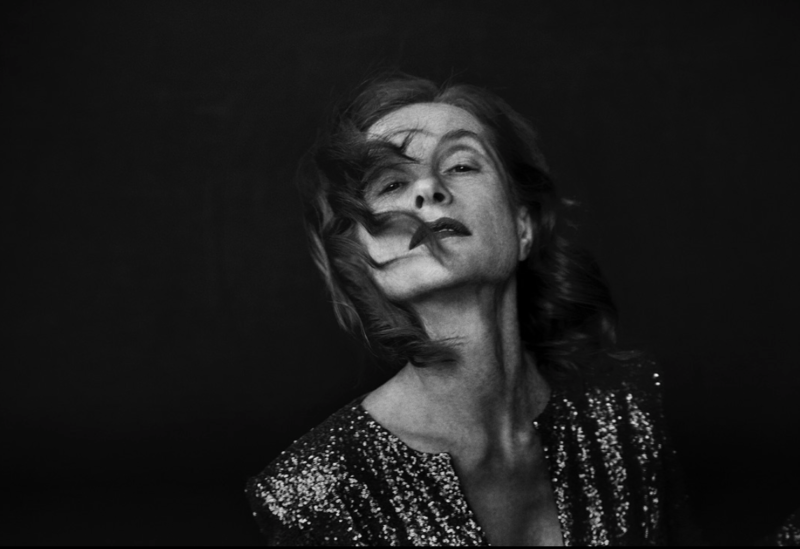 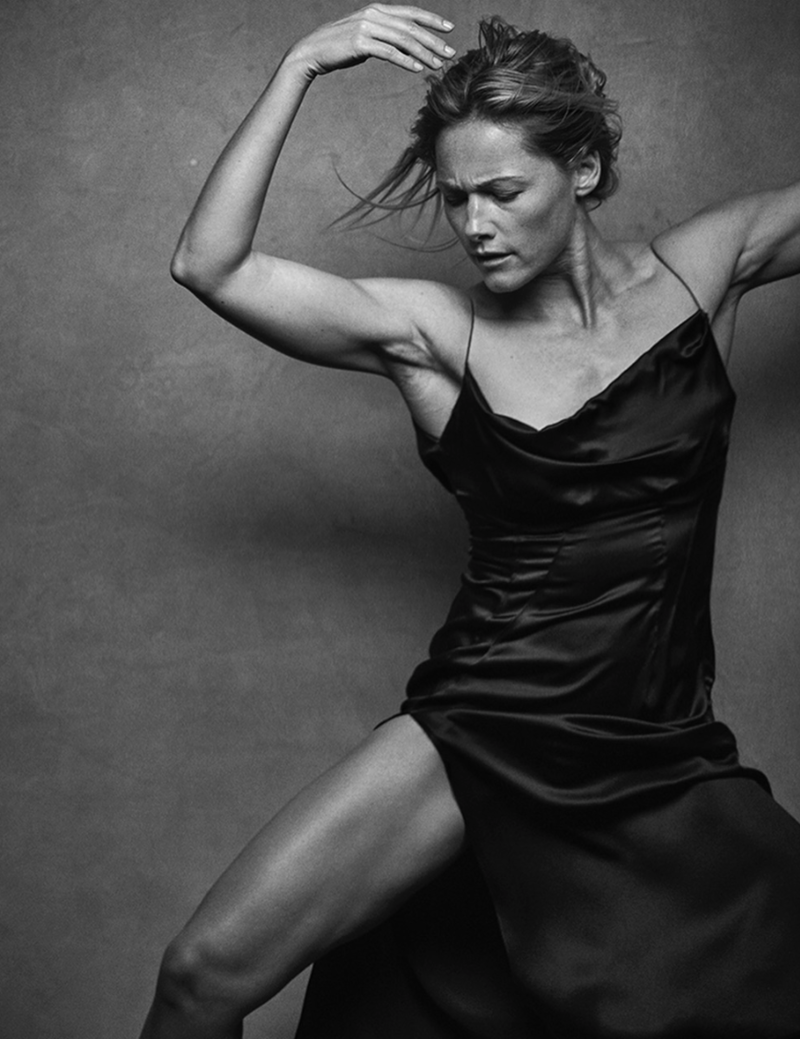 September Cover British Vogue Forces for Change Shot by Lindbergh and on his Instagram days before his passing, 2019 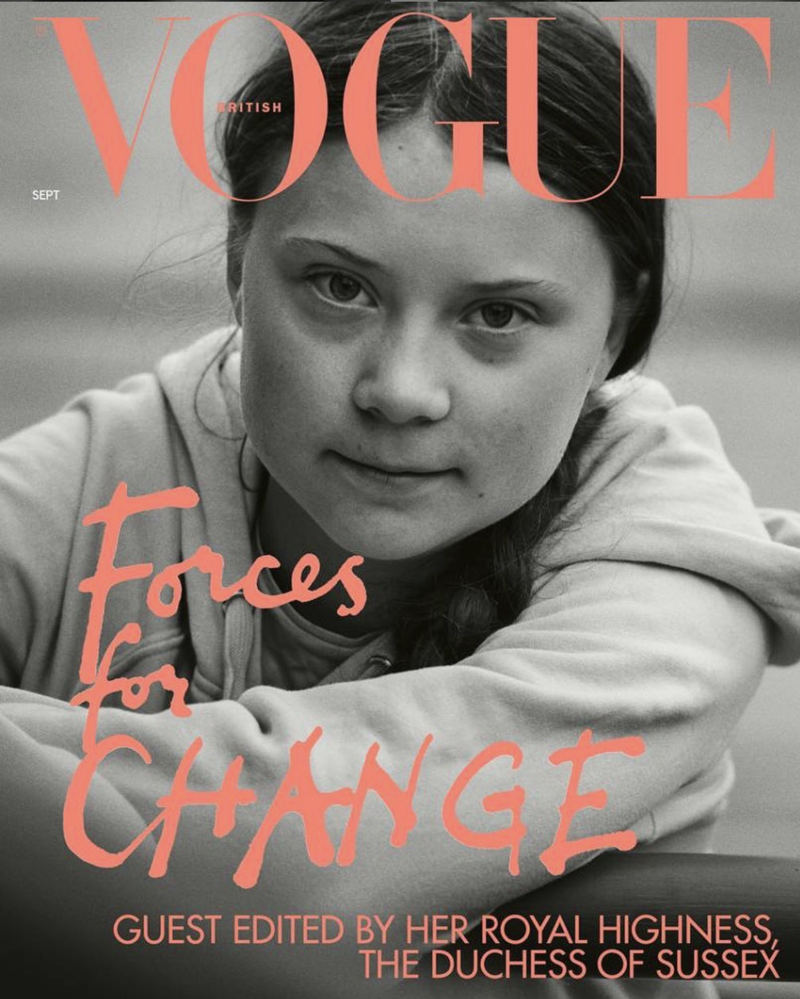 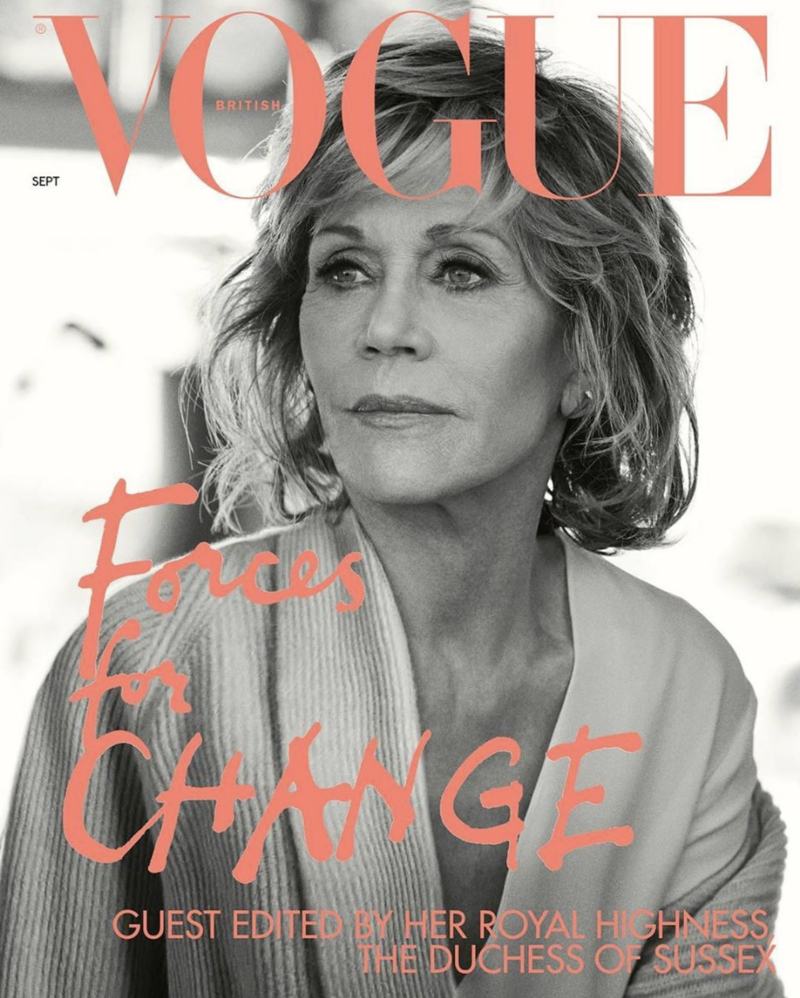 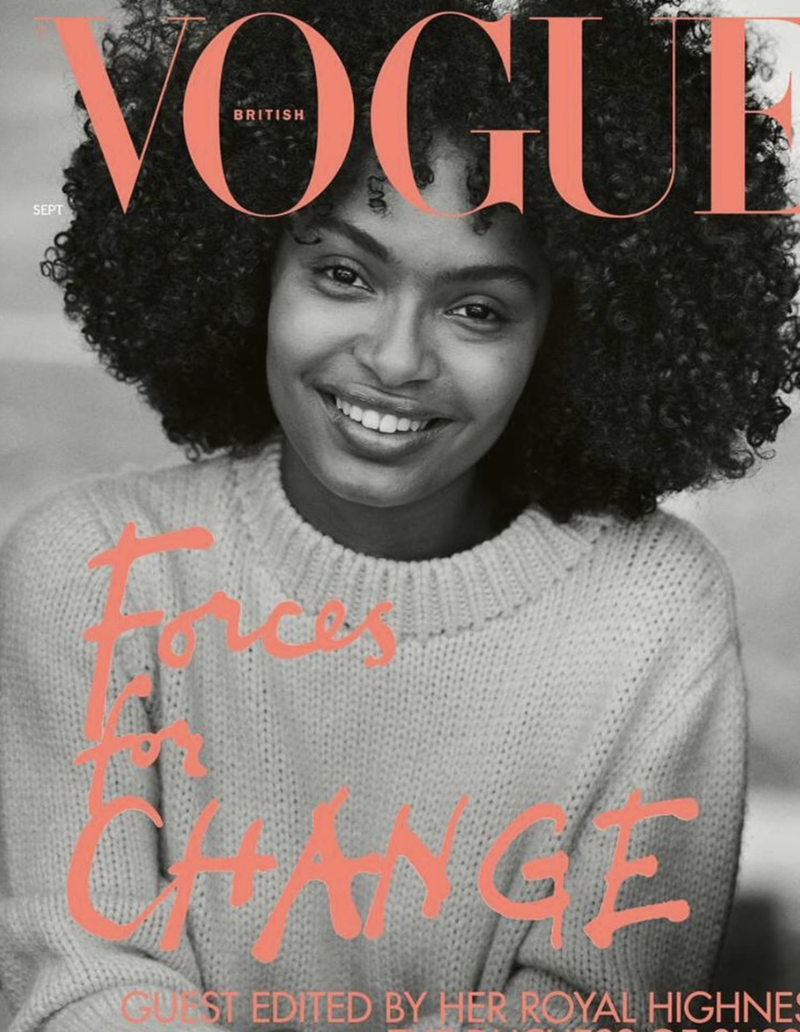 Did you enjoy reading Marcela Strane's article? Let your friends know by using any of the sharing options below.