What’s not to like about movies and fashion? And putting them together just makes things so much better. If you’re a fashion fanatic and are always found with copies of Vogue or shopping bags in your hands, you’ll know just what I’m talking about. From Cher to Jenna Rink, these fashion movie icons have inspired countless trends over the years. So the next time you’re in need of some style inspiration, you’ll know just where to look to find them.

A fashion movie list without Devil Wears Prada would be incomplete. It’s an absolute classic "girl meets (fashion) world story." But what sets it apart from the other versions is that it is undoubtedly one of the first of its kind.

Not to mention the powerful, iconic role of Miranda Priestly, editor-in-chief of the fictional Runway magazine, played by Meryl Streep, that elevated the storyline to another level. The film describes having a dream job in a magazine that millions would die for, which was given to a girl who just didn’t belong in that world.

“Everybody wants to be us,” says Priestly, but it turns out Andy (Anne Hathaway) doesn’t seem to agree with her. However, Andy just manages to fit in the glamorous world with her cute Chanel boots and fur coats that are the ultimate style tips of this movie. This timeless movie tells us that the fashion industry is not as glossy as it seems on the outside and that every single day in this world of style, with its never-ending trends and grandeur, is a story of its own. 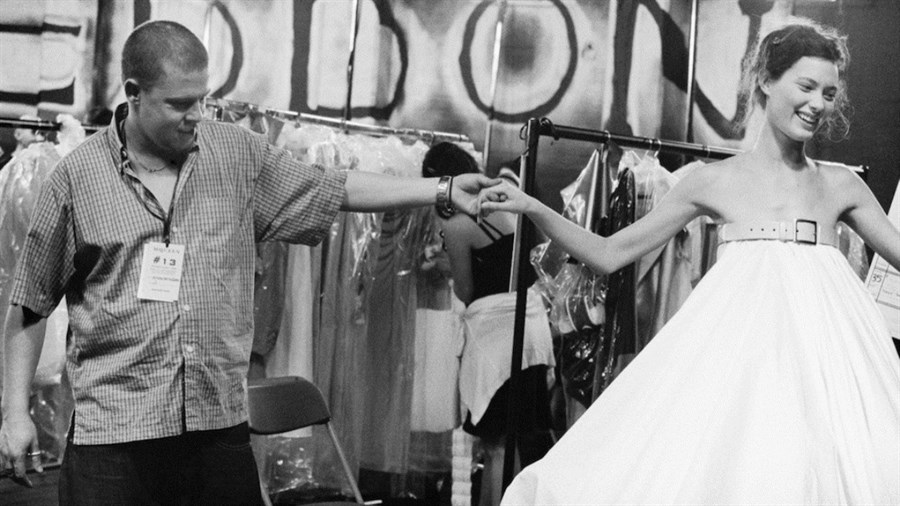 Alexander McQueen has always been a polarising figure in the fashion books. His collections were fierce and piercing, yet innovative in their own way. The British fashion designer had his unique perspectives and views about fashion from a very young age and is known to have moved audiences with his almost theatrical runways paired with jaw-dropping climaxes. This movie presents his unfiltered story from working with the famous house of Givenchy to creating a revelation in fashion with his own lines. 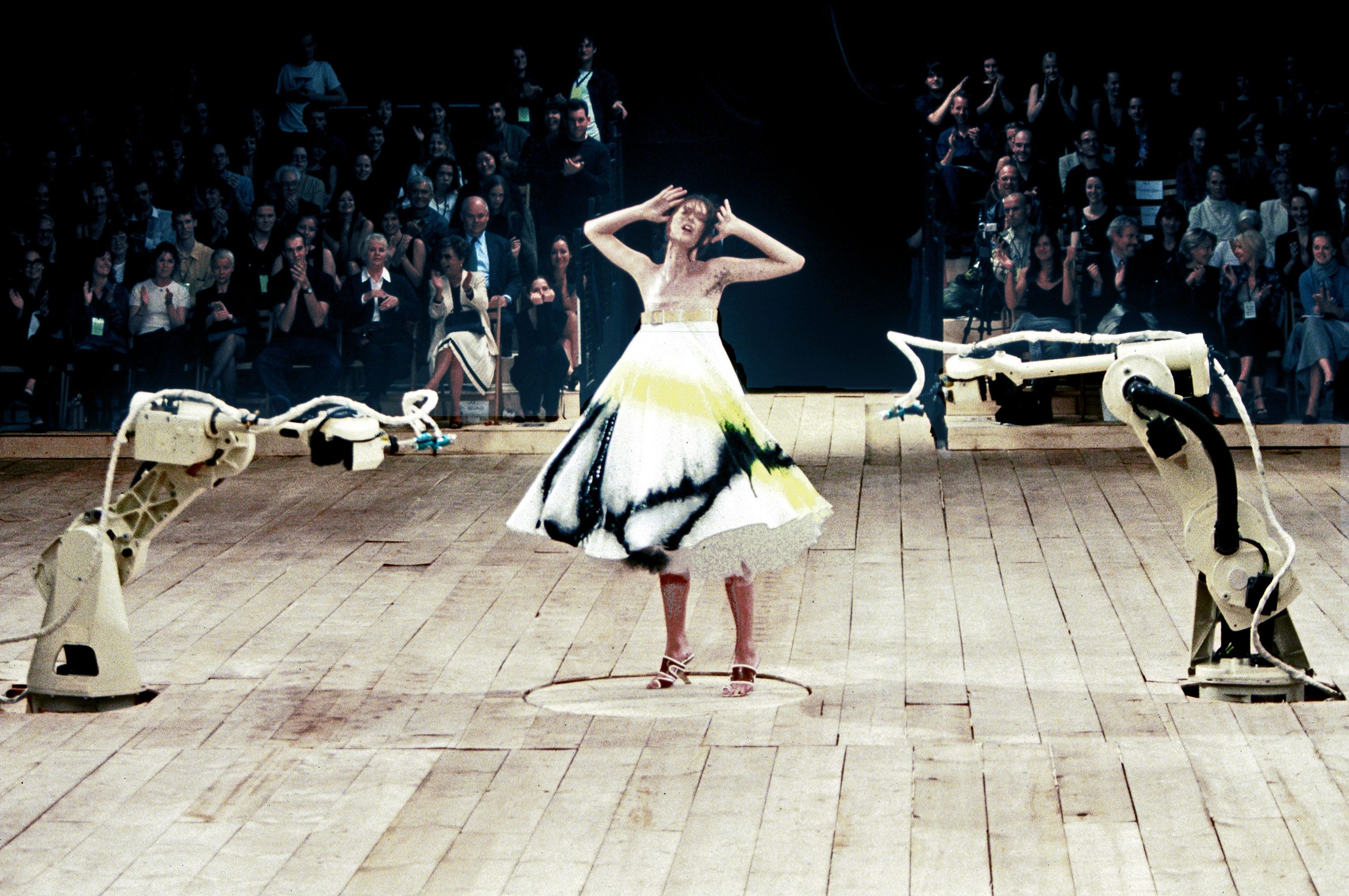 The documentary illustrates his best collections and shows how he reinterpreted beauty and fashion via a legendary dark, sci-fi horror influence. It also exhibits the fact that he was one of very few designers who mastered the art of creating something meaningful out of nothing. Though dark, his story truly stands as a testimony to being regarded as the subject matter of many museum showcases, even after his time and for years to come.

So, if it’s a lack of inspiration that you’re feeling right now, this is the perfect film for you to watch!

As we can tell from its name, The September Issue is a documentary-style film based on the real work that went behind creating the official issues of the famous Vogue magazine. If Vogue has been your ultimate fashion guide, like it is to me, then this film is definitely going to be one of your favorites. It displays the process of putting together the most important issue of the year, the "September Issue," which truly sets the trends for the months to come.

The film follows the woman behind the sunglasses, editor-in-chief Anna Wintour, as she curates the content of the issue, predicting exactly what the reader wants. Featuring many popular faces from the industry, including big fashion houses, supermodels, and photographers, the movie highlights some of the popular works of Grace – stylist and Creative Director of Vogue. Overall, it throws light on the reality that fashion isn’t as easy and fun as it seems to be as it demands the perfection and finesse that Vogue strives for.

This film narrates the story of Coco’s life before she created Chanel. From being a seamstress in a small town to inventing one of the biggest fashion houses today, Coco has indeed come a long way in the journey of her life. She met a wealthy man at a club where she worked as a part-time performer, who soon became her lover. She started to design hats, which turned out to be a big success.

Tired of seeing lacey dresses and tight corsets, Coco began to use simple but elegant materials to formulate her sartorial designs that became the most popularly worn fashion articles of the times in Parisian haute couture. Her story is one that truly inspires many fashion followers, as her collections reshaped the womenswear of her era.

Confessions of a Shopaholic

Rebecca Bloomwood has it all or does she?

Her wardrobe may be filled with all the clothes we’d love to own, but does her closet, or her purse, have the space to handle them? Just as the title proposes, this film is about shopping, luxury clothing, and exclusive sales; every fashionista’s dream world. 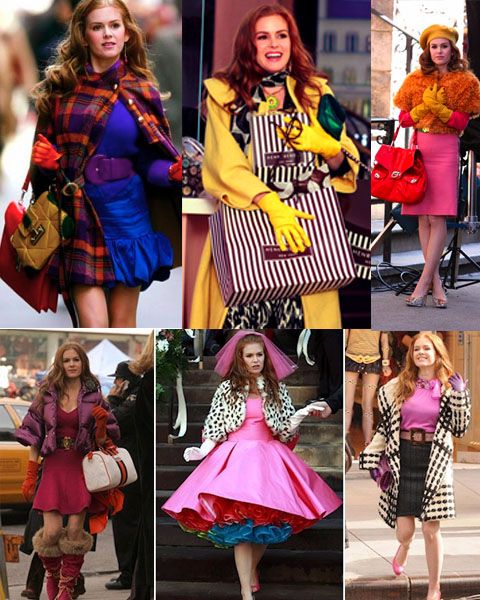 While Rebecca’s relationship with clothes and shopping may have had its problems, it still lets us witness some of her glamourous and chic looks from her collection. This fabulous, witty movie with its dramatic storyline is the perfect combination of entertainment and fashion, and hence, it is the perfect film for you to watch if you are in the mood for something light-hearted and yet want to get some major style inspiration.

Featuring the past young creative director of the house of Dior, this film lends itself to describe the career of one of the greatest names in the history of fashion: Yves Saint Laurent. The renowned fashion designer who was the subject of two biopics - Saint Laurent and Yves Saint Laurent - had his own troubles throughout his life. Taking us through his personal life and long-lasting relationship with his partner, Pierre Berge, the movie demonstrates how Yves evolved within the fashion world. His worldwide masterpieces, such as the Fall Mondrian collection inspired by the artwork of Piet Mondrian, still lend their inspiration to many upcoming young designers, and will surely motivate you too.

The First Monday in May

Every year, on the first Monday of May, the Metropolitan Art Museum opens its prestigious doors to host an event that is the biggest collaboration of fashion and art - The Met Gala. Providing an insight into the most attended Met exhibition - China Through the Looking Glass, this movie speaks about the process of putting together a very famous event that was attended by top stars, celebrating Chinese culture with its costumes and artifacts.

The film follows Andrew Boulton, the curator of the Met exhibition, as he composes the spectacular evening, collecting works of legendary designers including Karl Lagerfield, Jean Paul Gaultier, Christian Dior, John Galliano, and many more. He worked along with the co-host Anna Wintour from Vogue and other East Asian filmmakers and designers to create the lucrative show. 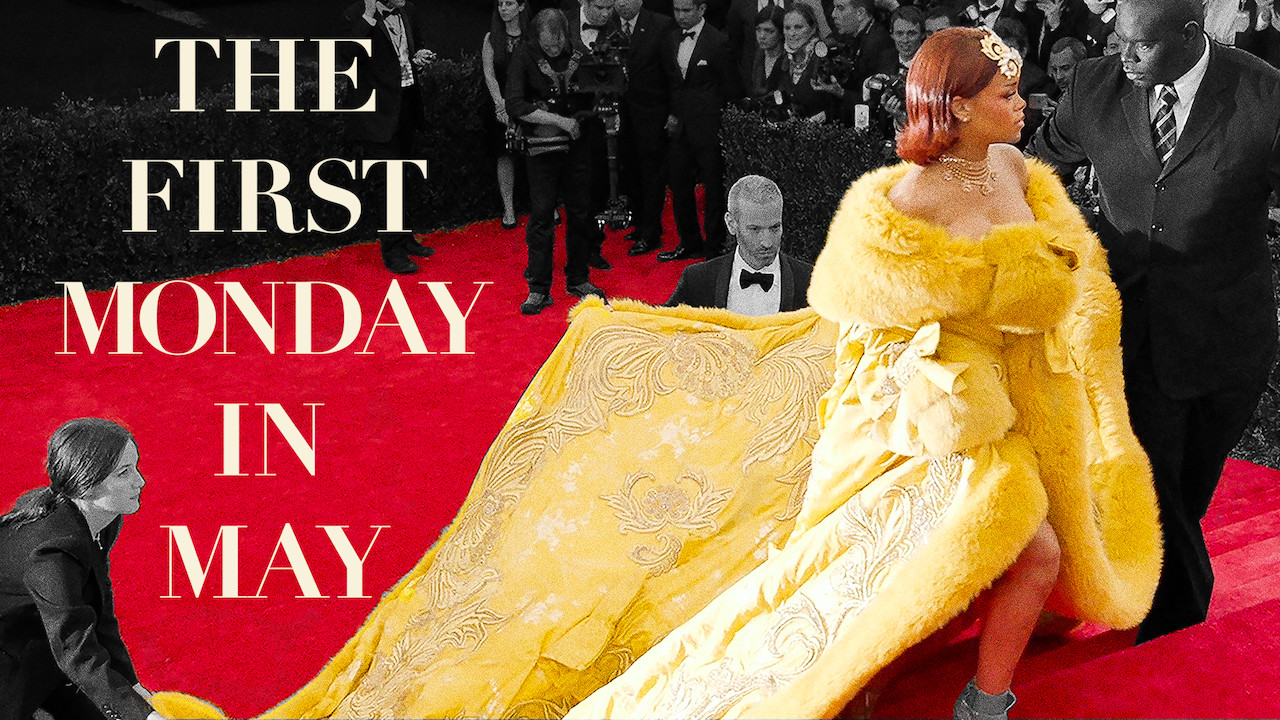 The entire event, starting from the establishment of the theme, the planning, interior direction, seating arrangement, trips to Paris and Beijing till the event's grand finale, is displayed in this film. It is surely one of my personal favorites as it debates fashion’s status as a form of art and is something you must watch if you’re obsessed with the fashion world and its intricacies.

While the actual list of fashion-centric movies could go on forever, I believe this list provides you with sources from various categories, be it haute couture or casual street styles. We've got you all covered! Kavya is a high school student who loves to talk about Fashion and Beauty. She is a dancer and an art enthusiast and hopes to become a fashion journalist by continuing her passion for fashion and writing.