We all want a gender-equal society, a gender-equal world and we are very close to that, fortunately. There’s still a little bit of work to do. We all have to believe in gender equality to achieve it. And fortunately, we are heading towards it step by step. But, first things first. Let’s go and learn about the history of women’s rights.

THE HISTORY OF WOMEN’S RIGHTS From the very beginning of human civilization, or even before that, women were always considered intellectually and physically inferior to men. Women's struggles for equal rights are centuries old. But, 1848 marked a watershed moment for women's rights with the Seneca Falls Convention, where women activists publicly petitioned for this civil, social, political, and religious right. In 1898, New Zealand sent a message to other activists across the world, that equal voting rights were achievable through advocacy. Thus, women are granted the right to vote.

Entering the 20th century, women around the world are mobilizing in ever greater numbers to campaign for gender equality. The first-ever International Women's Day was celebrated in Europe in 1911 and the countries are Austria, Denmark, Germany, and Switzerland. The All India Women's Conference was held for the first time in 1927. In 1945, the United Nations was formed in response to the destruction caused by the two World Wars and Eleanor Roosevelt oversaw the drafting of the Universal Declaration of Human Rights. For all the world to hear, she and other advocates underlined the place of women's rights within. That step set a foundation for women's rights norms and standards at the international level.

In India, just as women are taking historical leadership positions in government, women activists at the grassroots level dovetail with the worldwide momentum by becoming a powerful symbol of feminist resistance and social change. This momentum reached a climax in 1995 when the Beijing Declaration and Platform for Action presented a visionary global agenda for women’s and girls' rights. But in spite of all the progress, as we enter the 21st century, patriarchy and stigma persist and exemplary leaders arise to resist them with the rise of the digital age. Social media emerges as a crucial tool to galvanize populations in the fight against injustice.

A single woman's voice is now louder than ever. Grassroots activists trigger social movements online and offline from cities to villages inspiring future generations of women and girl leaders. After relentless campaigning, these movements generate changes in policy that signal a true change in international attitudes and practices towards equal rights. A quarter-century after the Beijing Declaration, women and men were mobilized together to overcome the remaining obstacles to gender equality. They must fight for an end to gender-based violence and that's where the #HeForShe movement comes in. 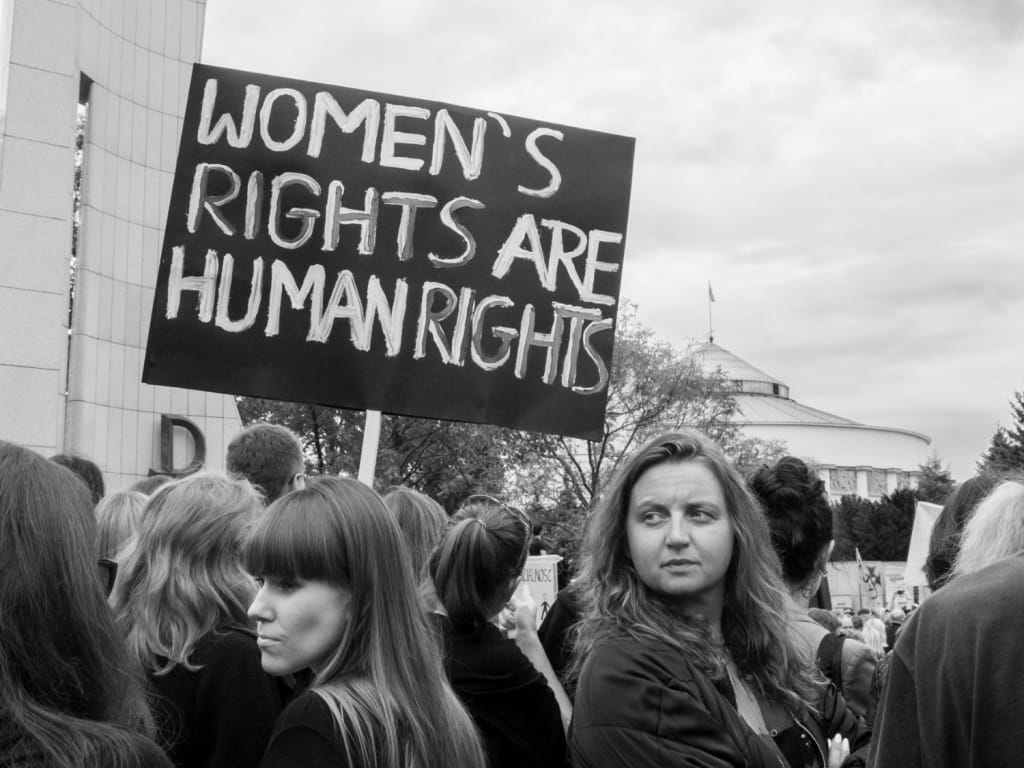 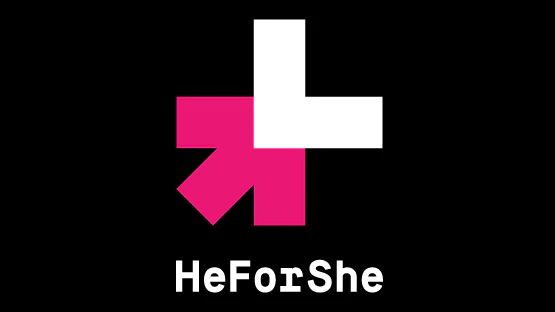 #HeForShe is a solidarity movement for the advancement of gender equality. It was founded by the UN Women on 20 September 2014. The goal is to achieve indiscrimination by encouraging men and boys to participate as volunteers to change and take action against negative stereotypes and behaviors. Gender inequality is an issue that affects all people socially, economically, and politically. It seeks the active participation of men and boys in this movement that was originally formed as,” A struggle for women by men”.

1. TAKE ACTION AGAINST GENDER-BASED DISCRIMINATION AND VIOLENCE WHENEVER YOU SEE THEM HAPPENING 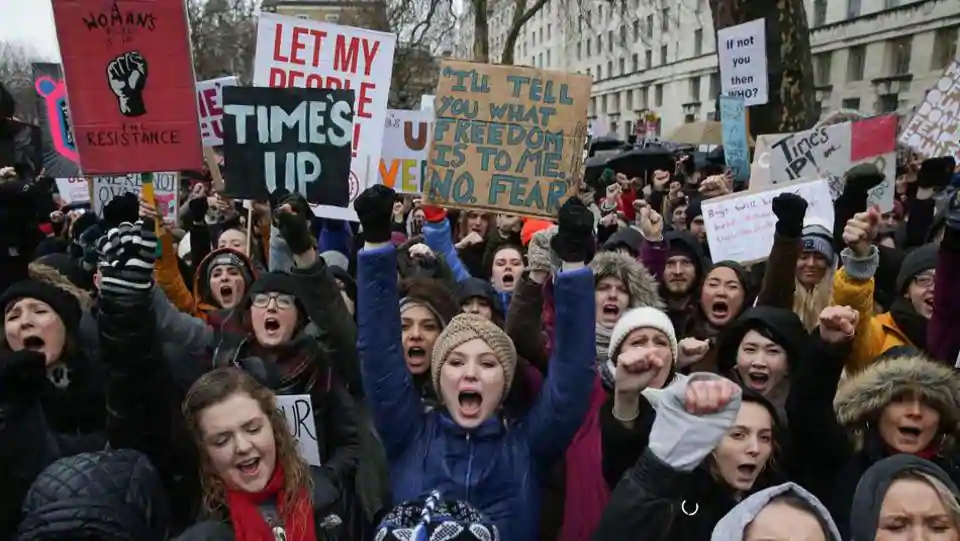 It is important for us to support this movement in any way we can. Because women's rights aren't just women's rights, they are also HUMAN’S RIGHTS. If we don't support women’s rights, we can’t achieve gender equality.

2. CONSIDER YOUR OWN UNCONSCIOUS BIAS WHEN YOU ARE MAKING A DECISION

According to Jim Rohn, an American entrepreneur, author, and motivational speaker,” Nothing will change unless YOU change”. You see, we learn A LOT from our idols or teachers or even from our favorite person. But, you can also motivate yourself to believe in gender equality and to consider your own unconscious bias when you’re making a decision by simply making yourself understand why it’s important.

3. CHALLENGE YOUR PEERS WHEN THEY SPEAK ILL OF OTHERS 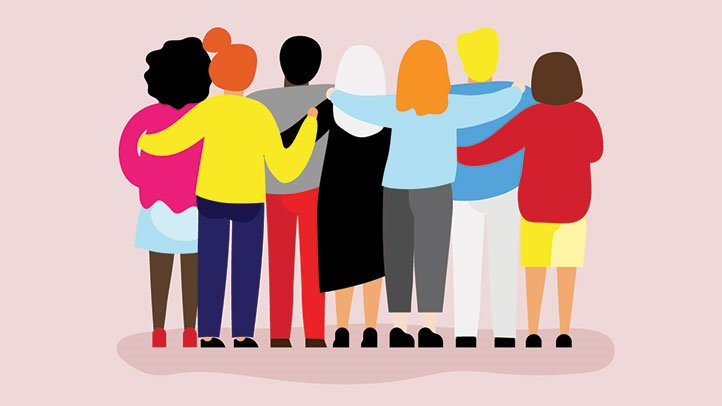 It's important for your peers to respect each other, needless to say, also respect other women. It's also important that, if they see gender-based violence or discrimination, they have to protest or take action or help the victim in any way possible.

4. CALL OUT GENDER-BIASED LANGUAGE OR ACTIONS IN YOUR WORKPLACE 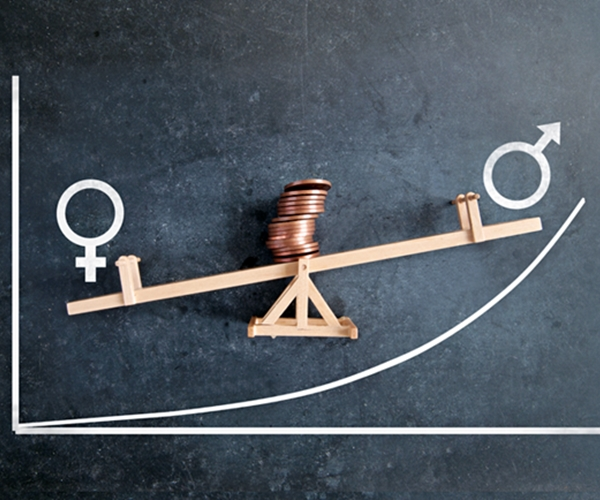 5. YOU MEN, HAVE TO TAKE ACTION AND SUPPORT WOMEN AND INSPIRE OTHERS TO DO SO TO GET THE BENEFITS OF A GENDER-EQUAL SOCIETY

Even though men ARE helping and supporting women in movements and in other many things, there are still some people who don't support gender equality. But, the numbers are sliding down the slope, and hopefully one day, there will be a discrimination-free world. 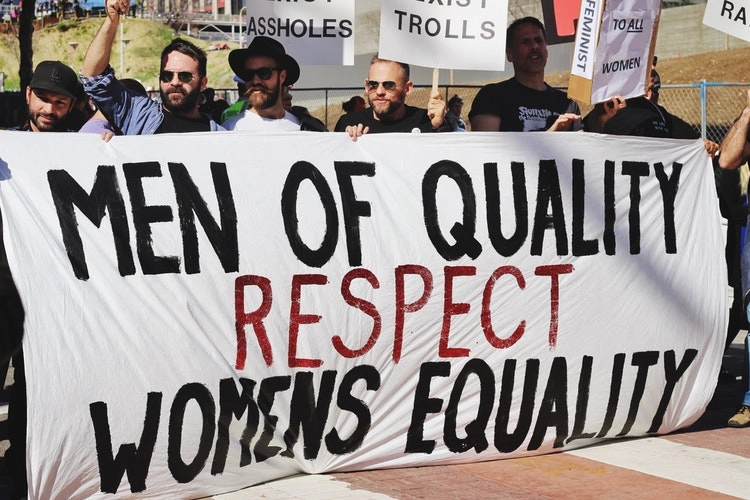 6. LAST BUT NOT THE LEAST, COMMIT Rifaiat Raisa Elma is an ambitious person. She is also creative. Other than that, she's also a friendly and a fun-loving person.