For the past decade, singing competitions like the Voice, America's Got Talent, and American Idol has been keeping Americans at their houses at 8 o'clock (guilty). One of the most popular shows, The Voice, hosted by legends such as Christina, Blake Shelton, Adam Devine and more, has been running for over 10 seasons. The show has given rise to popular singers like Cassadee Pope, Danielle Bradbery, and Jordan Smith.

In Season 9, 20-year-old country singer Emily Ann Roberts auditioned for the Voice and became a finalist, finishing in second place to Jordan Smith. Today, her music can be found chart-topping the iTunes country music lists, the most recent being her hit new single, Someday Dream, which she recently performed on The Voice. 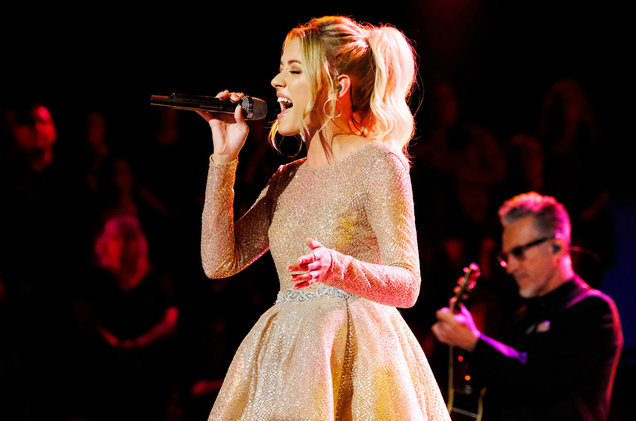 The Teen Magazine interviewed Emily to find out her experience on The Voice, her family’s musical history, and what else is to come for her music career.

When you Performed on The Voice, you were only 16 years old. How would you describe your feelings on that day? Were you excited or nervous?

I went through waves of feeling nervous and then waves of excitement, but right before I sang I was very nervous. Thankfully, as soon as I started singing I felt like I was right where I was supposed to be. After picking Blake I was so excited!

On The Voice, you performed songs from the legendary Bee Gees and Dolly Parton. Who would you say influenced your appreciation of country music?

My Mom and Dad were huge influences in my life when it came to music. They would play Dolly Parton, Ricky Skaggs, Patty Loveless, and the Dixie chicks and all of those artists made me fall in love with Country music. 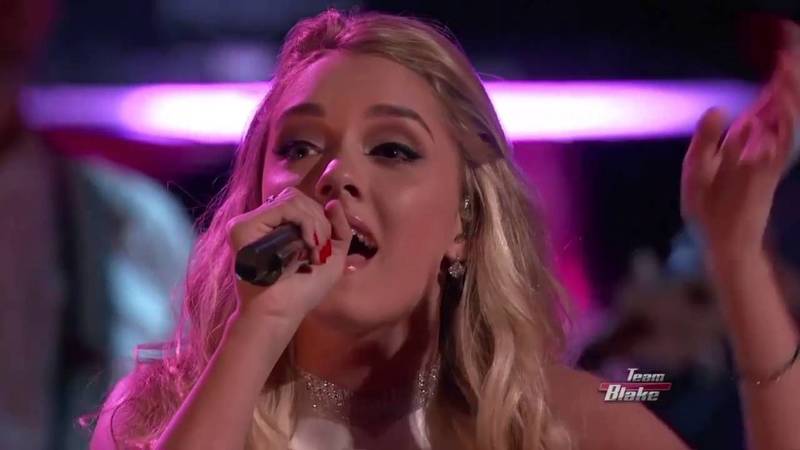 Would you say that you come from a musical family?

I wish, -laughter-! I come a family that LOVES music but my mom, dad, and sister don’t sing. My grandmother sang in church and had a beautiful soprano voice. So I like to think that maybe I inherited my voice from her.

Do any of the judges you performed in front of inspire your music today? 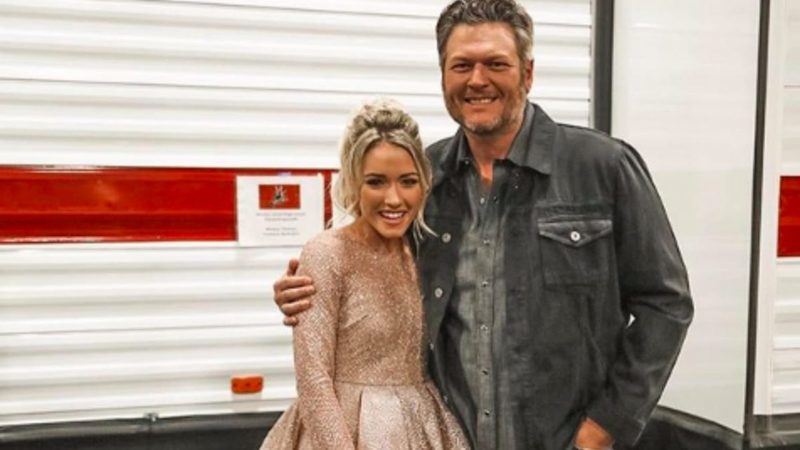 Many of our readers are fans of The Voice and would love to know what it’s like being a contestant. Are there any moments you can share from being on the show?

I loved my time being a contestant on The Voice. One of the best things that the TV show doesn’t capture is all the incredible relationships made between contestants. I‌ made life long friends that I still cheer on and support just like I did while we were on the show, and they do the same for me. I can’t say enough good things about my experience. The entire crew and team on The Voice want you to succeed and they want to help you in any way they can.

There really isn’t a difference to me. I just write about how I feel or what God’s doing in my life and teaching me. Sometimes the songs turn out more country and sometimes they’re straight-up worship songs. I’m just so thankful God allows me to use the talent he gave me in country and gospel. 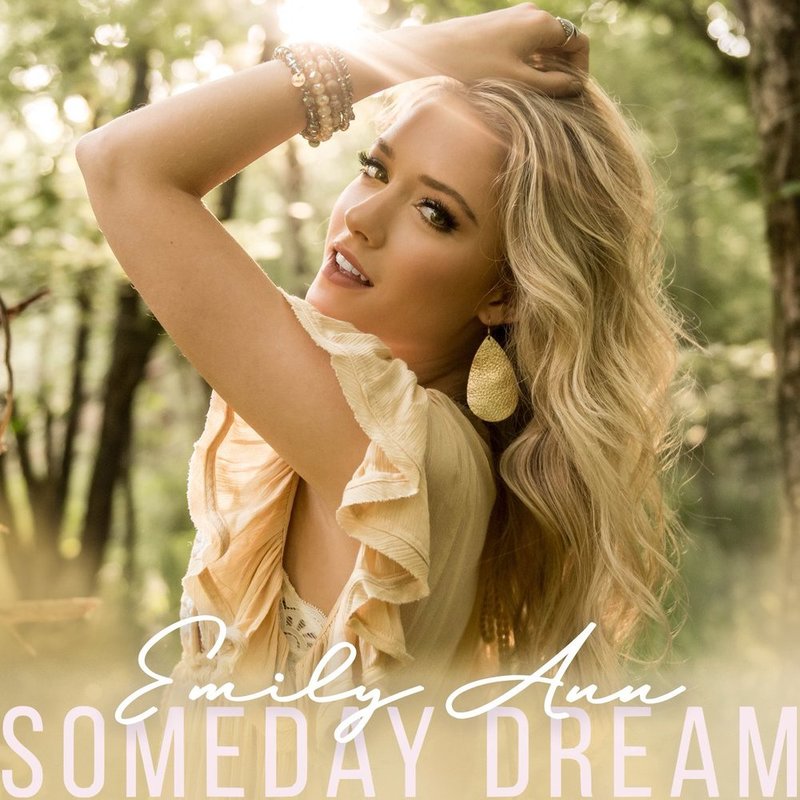 How would you describe your EP?

My EP is a little snapshot into all things in my life that mean so much to me. There are songs about disconnecting and getting outside, songs about my relationship with my boyfriend, songs about standing up for what you deserve in a relationship, and songs about chasing down your biggest dreams.

You recently performed on The Voice for the final of the last season. Do you still have a habit of watching the new seasons?

I loved being able to go back on The Voice and perform my new song Someday Dream. I try and watch as much as I can, but I am so crazy busy right now. I’m never home in time to sit and watch the show. I always catch myself up on Youtube though to see all the new contestant.

Where do you see your career in 10 years? Having a world tour?

In 10 years I would LOVE to be on a ‌World Tour and playing all the places I’ve always dreamed of playing my music. But if not, as long as I’m still getting to make music that I love and that others relate to them I’ll be happy. 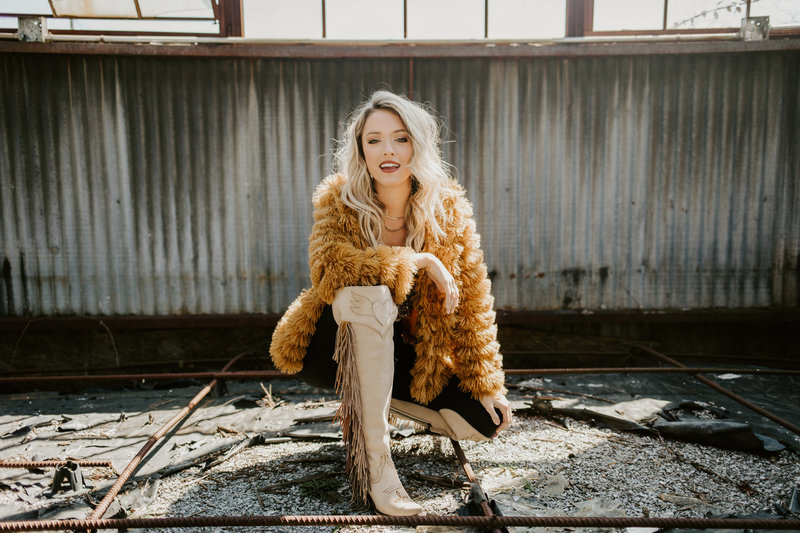 Do you have any advice for young singers who have a dream of performing?

To every young singer with big dreams, I would say to keep singing, keep pursuing, keep learning and keep performing. The more you do something the better you become, so don’t think lowly about the small crappy gigs where no one's listening. Don’t get discouraged when someone tells you no. Always remember that timing is everything and God is in control. Looking back on my journey, there were times when I playing at places where no one cared that I was on stage pouring my heart out, but those nights prepared me to get on The Voice stage and sing confidently. It’s not easy, and it doesn’t happen overnight, but if you get to do what you love for a living then you’ve made it.

To listen to Emily's music, you can find her music on Spotify and iTunes

Did you enjoy reading Je'Kayla Crawford's article? Let your friends know by using any of the sharing options below.

Je'Kayla Crawford is a 16 year old journalist born and raised in the US. She enjoys reading, traveling, cooking, and baking. You can find her reading a Y/A novel at the library, baking a 3-layer cake, or reading the Harry Potter series for the third time. Enjoy my writing, and thank you!