"Don't Worry Darling", Olivia Wilde's most recent film, became the cause of both turmoil and worry in the cinematographic industry even before its release. With fans eagerly waiting for the day it finally streams on the world's big screens, every day seems to add more tension to the drama outside the plot of the thriller.

The story follows Alice Chambers (interpreted by Florence Pugh) and her discovery of life-changing secrets kept by her seemingly perfect husband (played by Harry Styles). These two actors, and producer Olivia Wilde, are the igniting elements of the fiery conflict, while the chaos relating to on-stage romances, rumors, and supposed spitting attacks only get more scandalous. 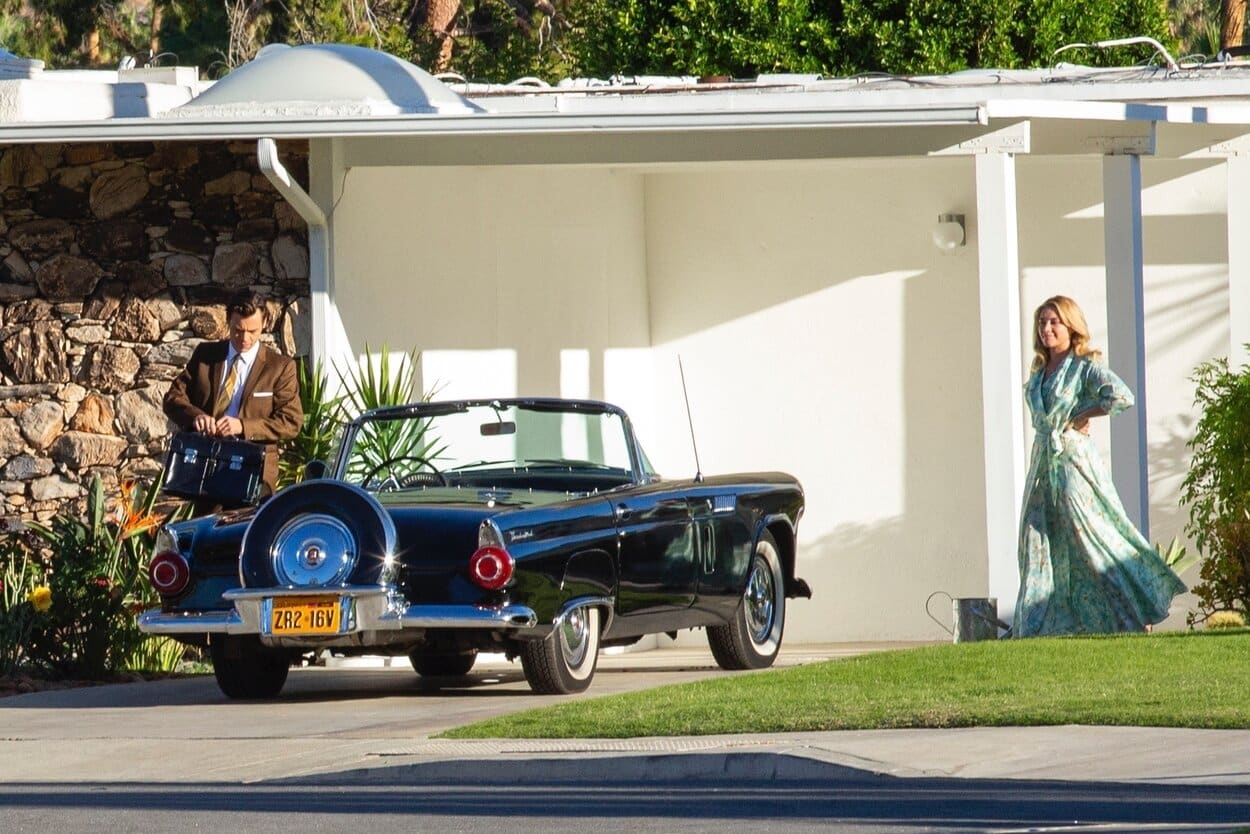 Starting At the Beginning

The beginning of this unraveling drama goes back to September 2020, when it is reported that actor Shia LaBeouf will no longer be part of the Don't Worry Darling cast, due to "scheduling issues", and Harry Styles comes onto the scene to replace him.

Soon Enough, Wilde is publicly seen holding hands with Harry Styles, just a few months after the announcement of her separation from her ex-fiance, Jason Sudeikis. Speculations within Styles' fandom arise due to the age gap between the couple, and the internet judges the still raw relationship.

In December 2020, two of LaBeouf's former girlfriends file him for relentless abuse and publicly revealed that the actor regarded them with violent behavior.

it may be surprising to you to learn that i was in an emotionally and physically abusive relationship. it was hard for me to process too, during and after i never thought something like this would happen to me.

Following this unveiling of the truth, Variety reports that LaBeouf had been fired from the production due to "poor behavior", making other actors uncomfortable, and being "off-putting".

In January 2021, People confirms that Styles and Wilde are in a romantic relationship: “What started out as a close friendship quickly turned romantic”. Harry Styles' fans don't take the news well; they accuse Wilde of using Harry to gain fame and publicity.

Fast forward to the summer of 2022, every member of the cast appears to be getting along, and Olivia praises Pugh, something that soon will take a drastic turn.

Tension Between Lead Actress and Producer

In August 2022, Pugh "disappears" from social media platforms and stops promoting Don't Worry Darling as much as she once did. Her reps say she's away filming Dune 2, but fans continue suspecting that there is tension between Wilde and the lead actress. To make matters worse, a rumor that Florence is getting paid less than Harry surfaces, but whenever asked, every person involved in managing denies it.

On August 16th, 2022, Pugh addresses the rumors and reveals that the reason she took time off was because of the buzz involving sex scenes in the film.

Further on, Wilde talks about LaBeouf's departure from the film, and how her priority as producer was to make every actor feel comfortable in the film:

His process was not conducive to the ethos that I demand in my productions. He has a process that, in some ways, seems to require a combative energy...Ultimately, my responsibility is to the production and to the cast to protect them.

Ten days later, the former cast member -LaBeouf- replies to the allegations, establishing that he quit the film due to a "lack of rehearsal time". He reveals that he had discussed the matter with Wilde, and she had established that she was "honored you were willing to go there with me, for me to tell a story with you. I’m gutted because it could have been something special. I want to make clear how much it means to me that you trust me".

In this same interview, LaBeouf also shared a video with Variety in which Wilde remarked that the detonator for the actors' tense relationship was mainly caused by "Miss Flo's" unprofessionalism and that she hopes this situation means a wake-up call for Pugh.

Hypocrisy was most remarkable in the video; right after Wilde said that all she yearned for was the cast's comfort, she shows contempt for Pugh's decision and doubts her competence in filmmaking, apart from confessing that she is "not ready to give up on this yet", referring to maintaining the initial cast.

On September 5th, 2022, the Venice Film Festival press conference was held, and Olivia and Harry arrived in separate boats, making rumors of tension in their relationship surface.

Pugh was absent until after the press event, claiming that she was busy filming Dune 2. The panel featured Harry Styles, Olivia Wilde, Chris Pine, and Gemma Chan. Unable to overlook the drama, a direct question addressing the feud between Pugh and Wilde is thrown at the cast members, and Olivia dismisses the question by stating:

Florence is a force, and we are so grateful that she's able to make it tonight despite being in production on Dune, I know, as a director, how disruptive it is to lose an actor even for a day, so I'm very grateful to her... I can't say enough how honored I am to have her as our lead. She's amazing in the film.

She continued explaining that the internet "feeds itself" with gossip and that she didn't feel the need to contribute.

While on the panel, Pine shows an air of being weary or even annoyed, and it worsens when Styles proceeds to utter this speech about the movie's nature:

i can’t believe this is real pic.twitter.com/2foB8UWIFc

Inevitably, this graceful commentary became a subject trending on Twitter, and even brands creatively adopted it as a joke to market their products.

Chris Pine's evident vexation towards Styles' comments leads viewers to sense tension between the two actors and it aggravates when someone spots Harry "spitting" on Pine.

The internet was immediately convinced of Harry's aggression, but both Pine's representative and celebrities like Simon Cowell quickly denied this fact:

This is a ridiculous story—a complete fabrication and the result of an odd online illusion that is clearly deceiving and allows for foolish speculation. - Pine's rep

Now, the conflict has started involving even more people, extending even to Pugh and Wilde's designers, who subtly scorned the actresses in their Instagram posts.

Don't Worry Darling will be released on September 23rd, 2022, and the world is frantic about what this will mean for the actor's relationship. It is now rumored that Wilde and Styles broke up, but this is yet to be confirmed.

Who knows what this conflict might develop into after the official release of such a troublemaking and rowdy film? Will more celebrities get involved in the chaos? How might this affect the film's reception? This drama might cease, it might intensify. All we know is that we worry, darling.