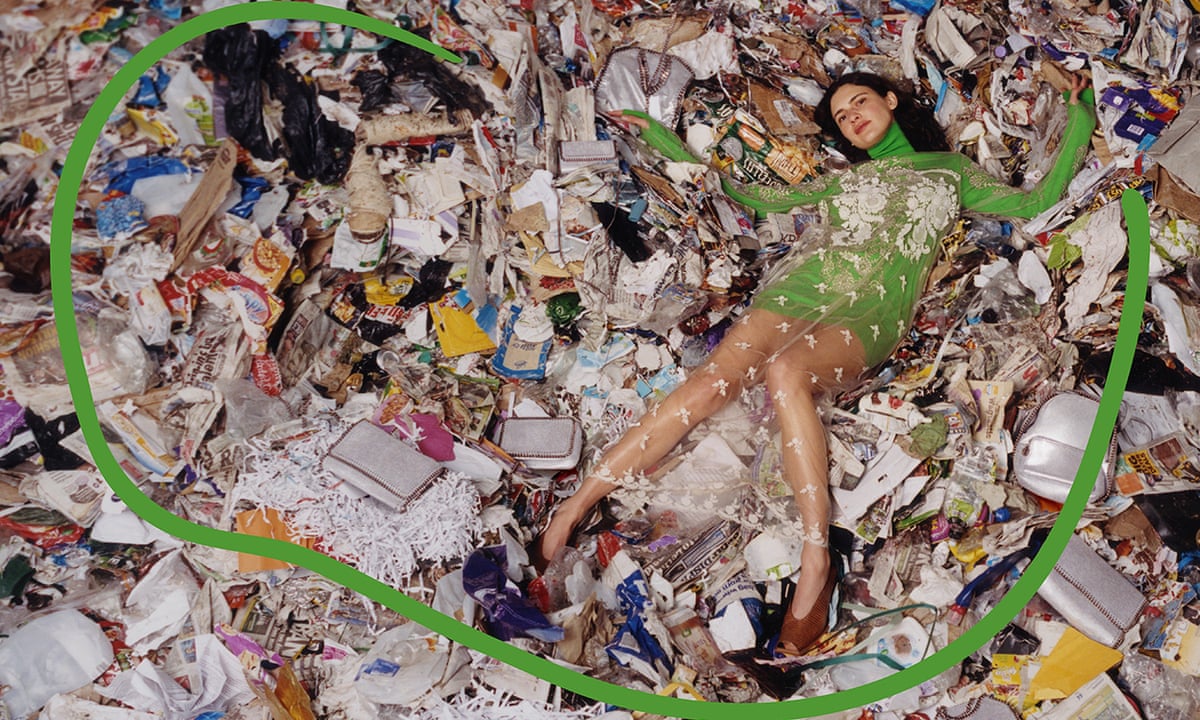 In 2018, the IPCC released a grim report highlighting that the earth is 1 degree warmer than pre-industrial levels. And an estimated 150,000 deaths were reportedly linked to climate change by WHO. And it will come as no surprise that the fashion industry remains a huge culprit in global warming. An average UK consumer throws away 70 pounds of clothes every year. But, there is a platform with an unaccounted impact on global trend cycles and the environment: Tik Tok. The popularity of Tik Tok has cumulated in overconsumption and an influx of textile waste.

The most popular brands on Tik Tok are Shein, Pretty Little Thing, Fashion Nova, Urban Outfitters, and more. These brands fail to maintain transparency with their customers about their labor, textile waste, and environmental impact. Due to its popularity on Tik Tok, Shein catapulted into fame, despite many controversies surrounding the brand. We cannot neglect the influence of Tik Tok on fashion; it is omnipresent throughout the industry, with Tik Tok influencers like Charli D'Amelio sitting in the Prada front row. And many fashion trends originate from Tik Tok. Moreover, a Deloitte report concluded that consumers influenced by social media are four times more likely to spend money on purchases. 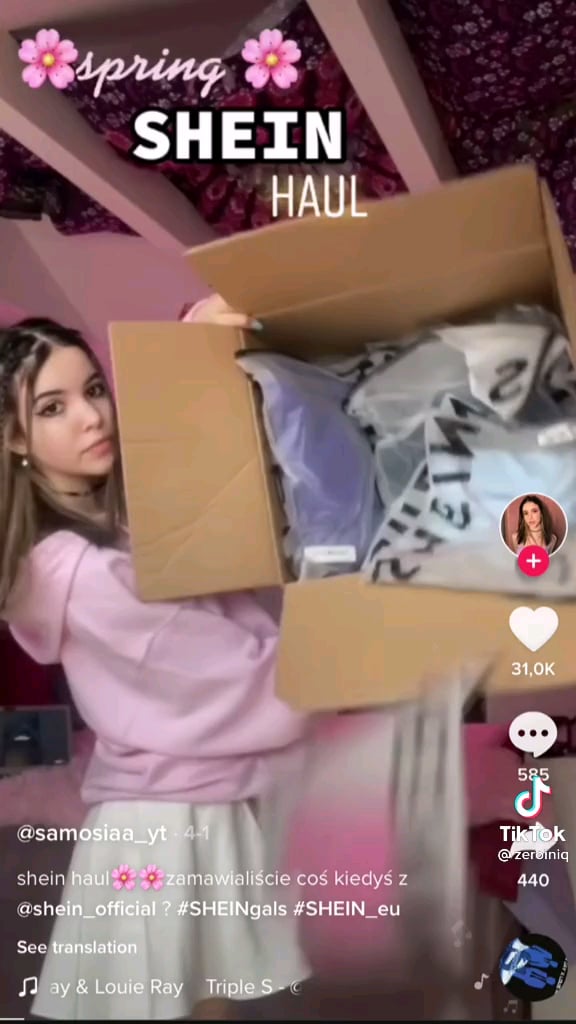 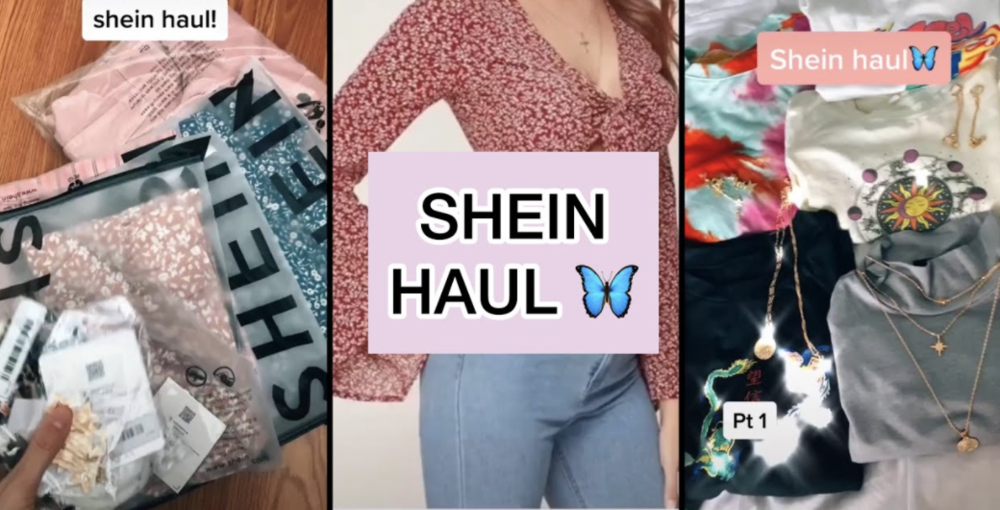 Tik Tok is oversaturated with micro and macro-influencers. So fashion trends reach obsolescence faster than ever before. $1000 and $500 Shein and Fashion Nova hauls are viral on the app. Because of the format and algorithm of Tik Tok, fashion influencers are encouraged to post daily to display their outfits. Similarly, the length of trend cycles has decreased significantly. Before the advent of social media, trend cycles would last approximately 20 years. Every decade had a unique silhouette; the 1950s had the wasp waist with a full skirt, the 1920s had the flapper dress. But, when analyzing the fashion from 2020-2021, there is no unique style that defines these years. Some overlapping garments and patterns receive a large audience, but their lives are short-lived. This may not seem like a bad thing, but the major exporters of these fashion trends are companies with questionable morality.

For instance, the House of Sunny Hockney dress rose to popularity a few months ago, but recently, this dress has garnered negative attention from the same influencers who made it trendy in the first place. The Hockney dress was ripped off by fast fashion companies, sold en masse, and once it was exhausted by Tik Tok, the dress found a new home - the trash or Goodwill.

The Hockney dress is one of many examples of accelerating trend cycles. And the paradigmatic shift from one trend to another is wholly dictated by the top 1%. The Tik Tokers responsible for $1000 hauls are also the ones with disposable income. These influencers can easily afford sustainable fashion, yet they choose to promote brands like Shein. The $1000 hauls are indicative of normalized overconsumption. None of the clothes from fast fashion companies are supposed to last longer than a season. They are built cheaply. Yet, the cult of Shein perseveres because Tik Tok is a capitalist powerhouse. Tik Tok is veritable for capitalism. The fashion influencers on the app are heavily reliant on the capitalist market and blind conformity to trends. And this need for constant newness in the wardrobe is only quenched by fast fashion. 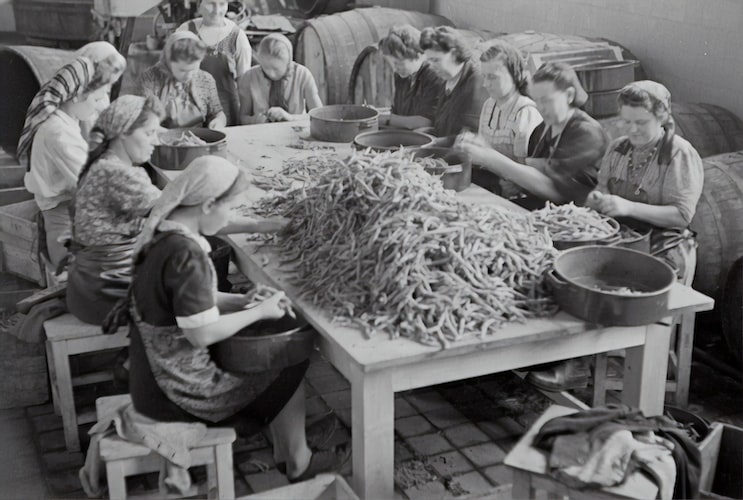 There is a historical pattern of exploitation by fast fashion. Apart from the environmental impact, labor exploitation in less economically developed countries is widespread. There is an ongoing investigation into fast fashion brands such as Zara and Uniqlo for forcing people from Uyghur camps to work as unpaid labor. Companies such as Shein and Fashion Nova expect their workers to work in sweatshops for long hours. These conditions are akin to those of Victorian-era factories. And most of these workers are minorities, systemically persecuted by their countries, with sweatshops as the only resort for income.

Overconsumption is rampant because of the influencer culture, so fast fashion brands construct and sell garments at lightning speed - this often comes at the price of small businesses. Shein and Fashion Nova notoriously steal designs from small businesses. The designer behind Elexiay wrote on Twitter that Shein stole her Amelia top, a crochet sweater designed handmade by a Nigerian crocheter. "[We] spent hours designing and brainstorming this design, and it takes days to crochet each sweater. It is quite disheartening to see my hard work reduced to a machine-made copy," the designer said. Similarly, Shein capitalized on religious symbols and sold prayer mats as casual carpets.

That said, many communities on Tik Tok have begun embracing thrifting. And there is a global recognition of the impact of fashion on the environment. Of course, most of us cannot ward off fast fashion because we don't have the means to afford anything else. However, we can discourage the consumerist lifestyle followed by most influencers.

Tik Tok is an unstoppable juggernaut of global trends, and it is unlikely that changes in the foreseeable future. But, we can encourage environmentally conscious practices within our communities and recognize the extent of human activities in the world.

Bhavika is a high school sophomore from Salt Lake City. She is an aspiring writer who likes to discuss social and political issues through her writing. When she isn't writing, Bhavika spends most of her time reading or listening to music.