The moment midnight struck on New Years, and 2021 dawned, I had decided I was in for a detox — and not one of the juice cleanses or diets that compose most people's resolutions.

I was going to quit social media for one month, which might sound easy enough, but to a quarantined teen with nothing else to do except get trapped in an infinite TikTok scroll, I was, frankly, intimidated.

But, I had set my mind on it, and while my friends were taking New Years selfies for social media posts, I was doing the opposite: deleting Snapchat, Instagram, and TikTok (the holy trinity of social media) from my phone.

The idea for a detox didn't come to me on a whim — I knew for a long time that I had a problem, and constantly dreaded the mortifying screen time notifications that reminded me everyday just how addicted I was.

For some context, I averaged around 4 hours a day on social media, and when you multiply that by 31 days, I was spending 124 hours a month on social media — the equivalent of 62 days a year that my screen was stealing from me. And that's just the math for social media screen time: if I factor in the Netflix marathons, YouTube binges, and various mobile games, the total would tower even higher (I refuse to calculate that, to spare myself the embarrassment, but you get the idea).

So, I knew that I needed to quit cold turkey, before my bad habit turned into a permanent one. Fast-forward to today, one month after I took that plunge, and I am amazed at the feeling of relief that freedom from social media has brought me.

Below, I describe three of the biggest benefits I received from living life, social media-free.

1. Improved My Social Skills And Relationships

This is probably the most obvious benefit, but what wasn't obvious to me are the things we do on social media that are so creepy but so normalized. I would check my crush's Snapchat score to see if they were ignoring me, and would “stalk” my friends' Instagram's to see if they were hanging out without me.

When I wasn't able to do those things, I instantly felt my relationships become stronger, and my life became much less drama-infused. Plus, since I could only really communicate in-person or over iMessage/FaceTime with people (which I think most of my fellow teens would agree are much more intimate than social media), I found myself valuing the time I spent with them more, and I was able to get to know my friends better, even though I thought I already knew everything about them. Even more than just communicating with people I already knew, I was able to introduce myself and make new friends in social settings, since I wasn't able to preoccupy myself with mindless scrolling or Snapchatting. 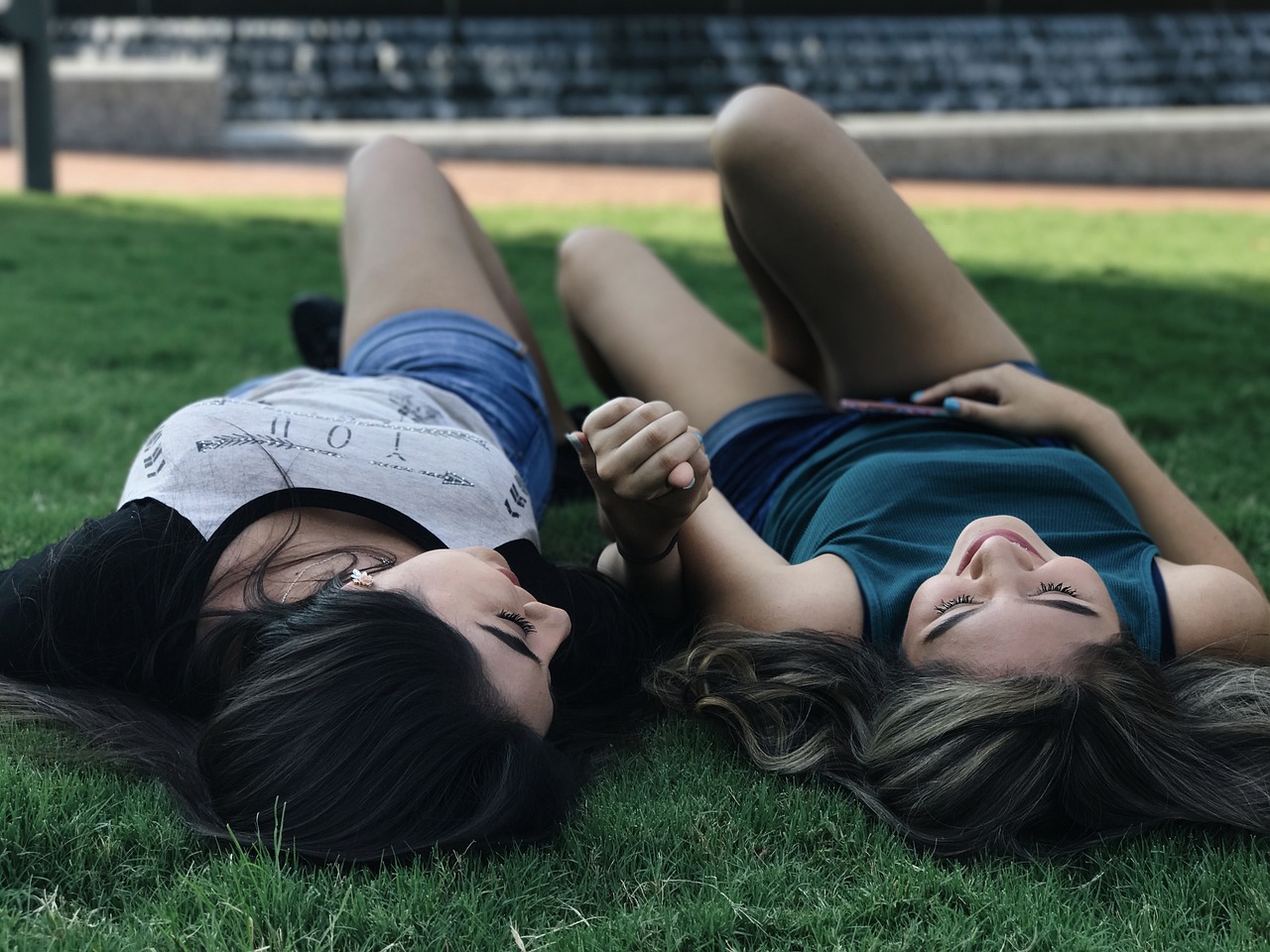 2. Learned To Love Myself

We've all done it before — gotten hypnotized into an endless Instagram scroll through a model or influencer's profile, subconsciously comparing our appearance to theirs.

We look for any sort of flaw so that we can say to ourselves, “See! They're not that perfect,” hoping that by tearing them down, we could rebuild some of our own shredded self-confidence. But, without social media, I wasn't able to scrutinize Kendall Jenner's latest bikini pic or Addison Rae's recent selfie, and I learned to love not only other people's bodies, but also my own.

I developed better self-esteem, and, as an added plus, better self-care skills, as I went to sleep earlier and exercised more without my phone as a distraction.

One month ago, I could have been the poster child for procrastinators — and although there was truly no one to blame but myself, the reason for my laziness was always (you guessed it!) social media.

The first thing I would do afterschool every day was plop myself on the couch, probably with a family-size bag of Doritos, and open my phone up to the TikTok “For You” page. Hours later, I'd be in the same position, doing the same exact thing (except maybe the bag of chips was probably empty by then), until I finally managed to motivate myself to start my homework. Once I got to studying, I still would take long breaks to scroll through my phone, and would then have to rush on all my assignments to barely squeeze past the midnight deadlines.

Today, it's a whole different story: I start my homework as soon as I get home, and end up with hours of free time afterwards, which I used for studying for the SAT, volunteering, and even starting clubs at my school. This had an even further domino effect, as I felt less stressed about not only procrastination, but also about preparing for college.

It doesn't have to be as extreme as completely deleting everything: instead, you could set limits on your screen time, or you could make it fun by competing with friends to see who can last the longest without social media. After all, what do you have to lose?

Did you enjoy reading Delaney Polocheck's article? Let your friends know by using any of the sharing options below.

Delaney Polocheck is a current high school junior in Houston, Texas. Her interests include traveling, politics, and cooking, and she loves writing about all three. She plans to pursue journalism or screenwriting in college.