Does anyone really like to run? It's a daunting form of exercise that is commonly equated with voluntary torture, so it's no surprise that it's a sport most people avoid. But running gets a bad rap. While it can often be a grueling activity, its many benefits are so worth it. From getting you in shape to improving your mental health, there is something for everyone in the sport of running. And who says it can't be fun? As a competitive year-round cross country and track runner, here are my top tips for making running the most fun it can be.

It's All About what You Wear 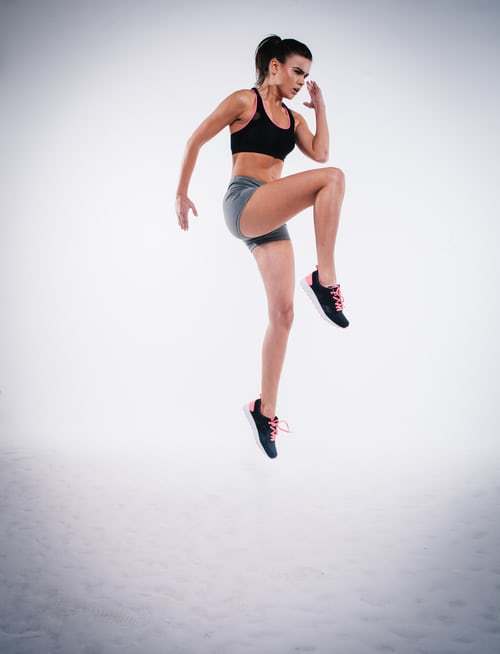 This sounds insignificant, but running is truly much more enjoyable when you're wearing something you feel confident in. Running is all about mental strength; it's a mind game more than anything else. So if a cute outfit makes you feel better, your run will feel better. My favorite brands for running gear include Athleta, Under Armour, and Nike.

Aside from the confidence-boosting side, you also have to consider the practicality of the things you're wearing. A run will be a lot more fun if you're dressed for the conditions so make sure to plan ahead. Wear layers when it's cold (don't forget gloves!) and clothes that keep you cool when it's hot (think breathable, sweat-wicking fabrics). Also, be sure to apply sunscreen before every run no matter the weather. That way you won't have a nasty sunburn to discourage you when it's time for the next run. 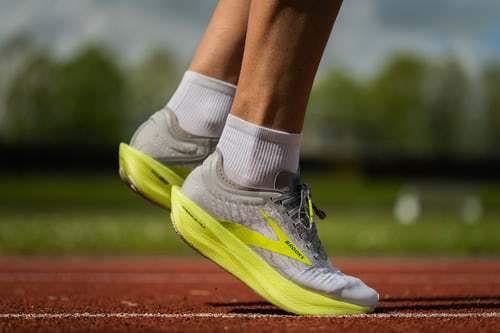 This one seems obvious, but it's super important. Wearing the right shoes will not only make running easier but can also prevent serious injuries that might bench you for several weeks. You'll want to get shoes with the right support especially if you're running on lots of pavement or a variety of difficult terrain.

You should also look for shoes depending on your foot type and stride. Buy shoes that can are specially made to address low or high arches or anything else. Many running stores can evaluate your stride by filming your foot pattern as you run on a treadmill and recommend shoes that will best accommodate your running needs. Some of the best running shoe brands include Brooks, ASICS, New Balance, Saucony, and Nike.

Fuel Up and Recharge 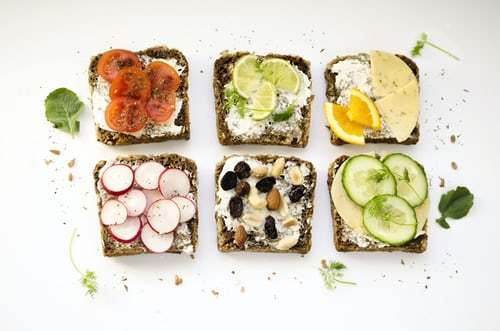 Now that your running attire is good to go, it's time to prepare for the run. Whether you're an experienced runner going on a ten-mile run or a beginner attempting a 5k, your body must be well energized and hydrated. Don't eat too much right before your run, but make sure you have something small packed with energy. Examples are a banana with peanut butter, a granola bar, yogurt and fruit, or a bagel. Eating after you run sometimes gets overlooked, but it helps with building muscle and repairing your body after a workout, so you can feel good and strong on the next one. Good things to eat after you run are eggs, pasta, nuts, avocado toast, and salmon, just to name a few.

Of course, everyone is different, so you'll probably have to play around with eating before you figure out what works. The general rule is: don't eat junk food before you run if you want to enjoy it. Running is a sport that forces you to take care of yourself and think more about what you are eating, which in turn will force you to eat and live better, therefore making your runs feel better.

Get Out the Door

The first step is always the hardest. But getting out the door to run is really the worst part. So all you have to do is start. Remind yourself that the sooner you start, the sooner you'll be done. And, remember that you'll feel much better once you're done. For me, sometimes it helps to walk a block before I start; that way I don't have to run the second I'm outside. Starting is always hard, but it does get easier and once you're out there running, it's really not that bad. 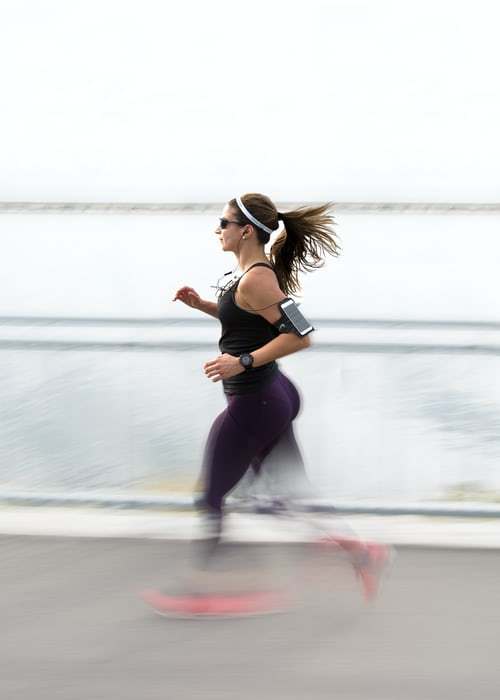 Running to the beat of your favorite pump-up song is a major main character move. Music has gotten me through countless runs because it helps to take my mind off any aches or pains I have, and it is highly motivating. There are tons of pre-made running/cardio playlists on Spotify as well as fun apps such as Zombies, Run! that allow you to play the role of a character and complete missions while listening to your favorite soundtrack. 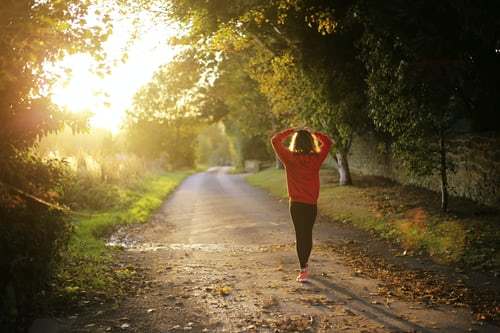 You're out on the pavement wearing good clothes and comfortable shoes, listening to the ultimate confidence-boosting playlist, and feeling ready to crush your workout. You feel so good that you practically sprint the first mile and then...you start to lose energy and wind up slogging your way through the rest of the run wishing you had never gone out. If you feel good in the beginning, it's easy to get carried away. But stay relaxed. There's no need to kill it on the first mile or first run. It's also important to note that overdoing it can lead to injury pretty quickly, so it's best to listen to your body and take it easy as needed.

Know that it's going to be hard

Running is hard. Even after four years of competitive running, there are still days when I ask myself why I ever thought this would be a good idea. There are still days when I can barely make it through the workout. So yes, it's going to be hard, especially in the beginning. But don't let that fear stop you. Running is such a freeing activity once you work through the pain. And not every day will be hard; you'll have days when you feel great. But once you accept this inevitable difficulty, you'll find greater joy in completing each run, and you'll be stronger because of it. 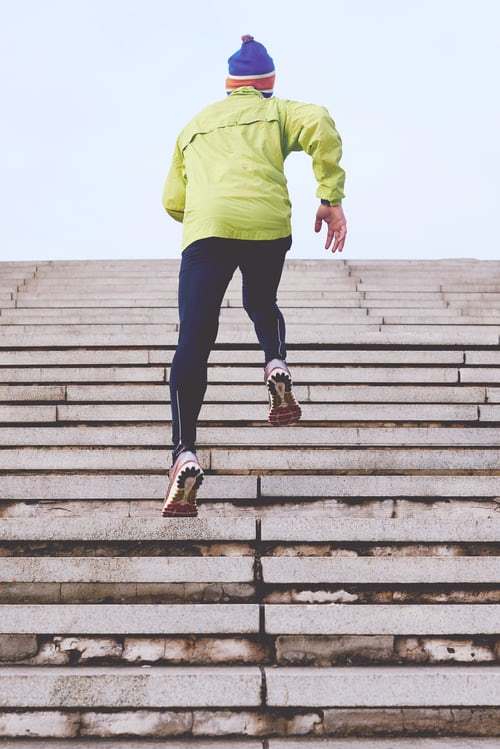 Running starts to feel like a chore if you stick to the same routine. So keep it fresh! I love running because it's a chance to explore. I never have a destination in mind when I run, and that's part of the fun. Try turning down a different street or visiting a part of your city you've never seen before (just don't get lost). Or, you could try trail runs and drive somewhere to do a run on a hiking trail. You could even treat yourself by running to get smoothies or ice cream.

You can also switch up the time when you run. If you typically run in the afternoon, try an early morning run. If you're a morning person, try an afternoon run. Dark runs can be fun as well, especially if you watch the sunrise as you run. Want to switch it up even more? Adjust your workout. You don't have to just run; you can do stairs, run at different speeds, try hills, or find different workouts online. 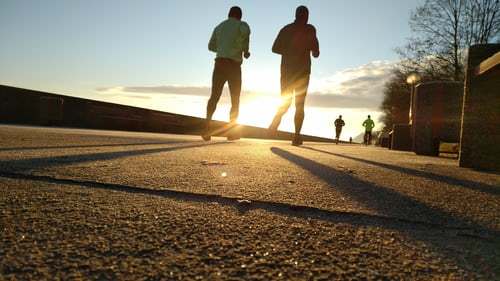 Who says running can't be a social activity? Some of my most favorite runs that I've done have been with my friends. If you want some company and conversation to occupy your mind while you run, grab a buddy! It's a great way to catch up while getting your exercise in, and it's especially nice if you don't love the idea of running alone. Having a partner can hold you accountable as well; if you want to run but often flake out, make plans with a friend. You'll be less likely to cancel your run if someone will be there. 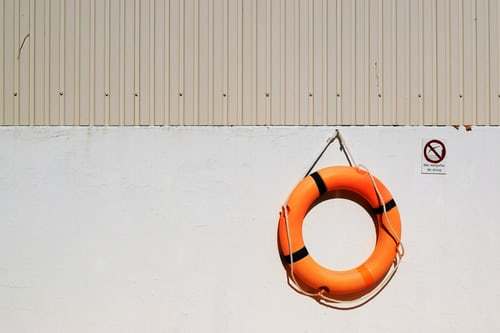 A lot of these tips are only useful if you keep safety in mind. Listening to music is great, but remember to be aware of your surroundings; don't tune the world out. Don't explore a part of your city that you are unfamiliar with alone, and don't run in sketchy areas. Having a buddy or a group is the easiest way to stay safe, but if you're alone, there are other things you can do. If you want to see somewhere new, map a route before or familiarize yourself with major streets or landmarks. Know what to avoid, where you could go on the way if you needed help (a grocery store or police station), and how to get back home.

Take a phone. If you're alone, you'll need a phone. You might also want to carry an alarm if you're running in an isolated area. If you're in a group, at least one person should have a phone just in case. You should also group up if you want to run in the dark. As exhilarating as it is, running during odd hours is dangerous, so plan accordingly.

Basically, just be smart. Being afraid for your safety and wellbeing won't make your run fun, so make sure you take the proper precautions before you hit the road.

Make it what you want 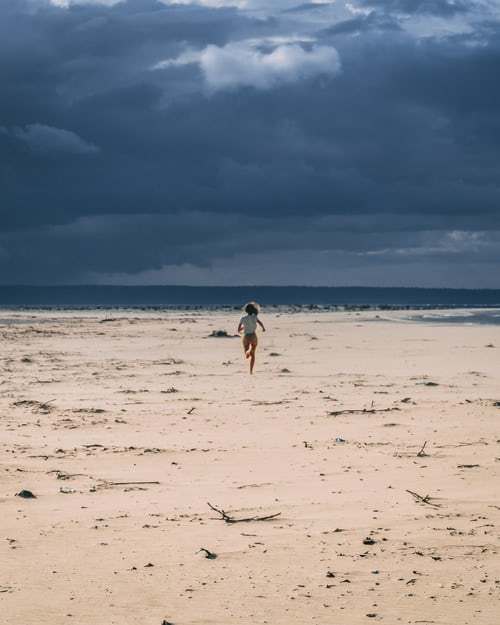 Running is great because it's such an individualized sport that you can make it what you want. No one is judging you and no one is relying on you, so you can do whatever you want. So, embrace it. Running is also a lifelong sport that requires very little equipment. It's cheap, easy, and you can do it anywhere. So stay positive and find the little joys in every run. The more you run, the easier and more fun it will become.

Grace McClung is a senior at South High School in Denver, Colorado. Other than writing, she enjoys swimming, running, and spending time with friends and family.