Music is an incredibly versatile art, ranging from heavy metal to classical. Musicians find their passion in whatever category they feel connected to, creating stars in every genre. However, every year there are standout artists, those who are loved by millions for the music they create. In 2022, we saw incredible talent hold their spot at the top and others rise to fame. In the upcoming year, there will be millions of songs released and thousands of new beloved artists. In this article, we have compiled a list of the musicians that we believe will top the charts in 2023.

The teenage pop star Olivia Rodrigo has seen massive success in the last two years. Rodrigo steadily built up a fan base for years with performances on successful Disney shows Bizaardvark and High School Musical: The Musical: The Series. Her single 'Drivers License' was named 'Best Pop Solo Performance' at the 2022 Grammys. The song was quickly followed by Sour, one of the biggest album releases in Spotify history. The singer shot into stardom, toured the world, and then fell noticeably silent. With no music released in 2022, fans and critics had a lot of questions. However, recently, Olivia Rodrigo has promised new music in 2023. Her social media have been rumored to be setting up a new 'era' of her music, utilizing the colors black and red. While the public lies in wait for an album, we know that whatever she releases will soar to the top of the charts. 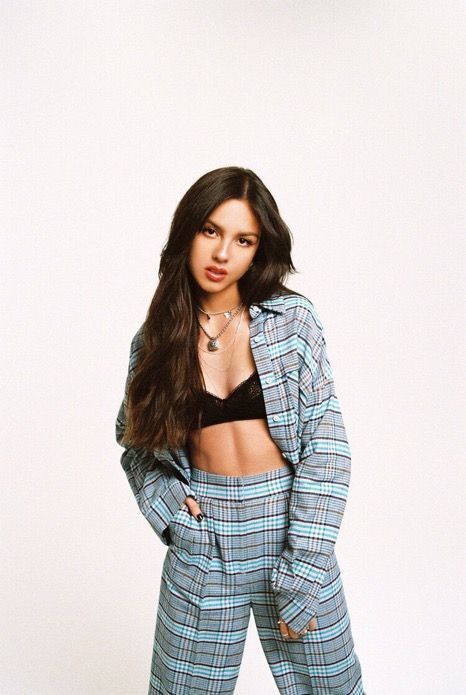 With one album after another, hundreds of awards, and the upcoming Era's Tour, Taylor Swift has been booked busy for years. The artist is one in a generation, specializing in her songwriting. In 2006, she released a self-titled debut album at just 16 years old. Over the past 17 years, Swift has gained an incredibly loyal fanbase and has released many more albums. She released her latest album 'Midnights' last year. Soon after, she released tickets for the USA leg of her upcoming tour. The tour broke records, with 14 million people attempting to receive tickets. Her first show is on the 17th of March in Glendale, Arizona. She will then spend the following five months performing at different stops around the country. The singer has had a massive career, and it will only be getting more impressive in the years to come. 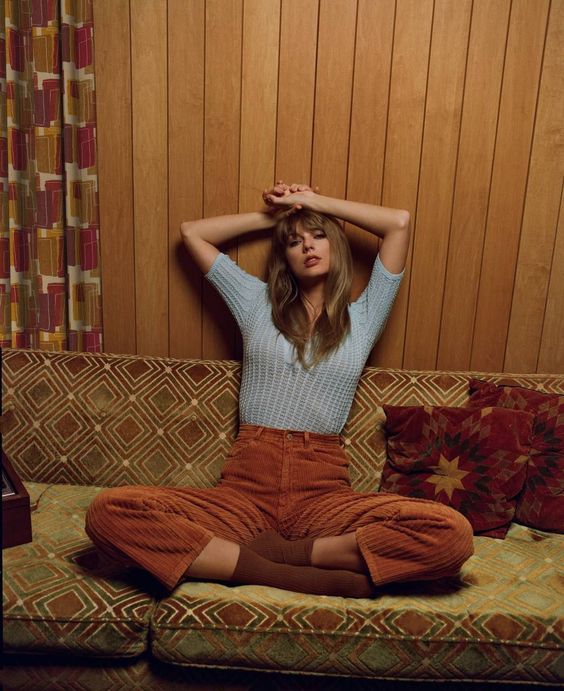 From a teenage sensation to one of the biggest pop stars in the world, Harry Styles has had an impressive career. With a start on a talent show, at just 16, Styles was put into one of the biggest boybands to date; One Direction. The band was made up of five young singers and won third place on X Factor. They then broke off and started releasing albums and touring the world until their infamous split in 2015. After the breakup, Styles released his first solo album in 2017. Since then, Harry has released two more albums. He has also started a movie career, from Dunkirk to Don't Worry Darling, Styles has been experimenting with a wide range of genres. He is currently doing 'Love on Tour' and is set to continue until the middle of 2023. With concerts, movies, and albums lined up for the following years, Harry Styles' success will continue to grow. 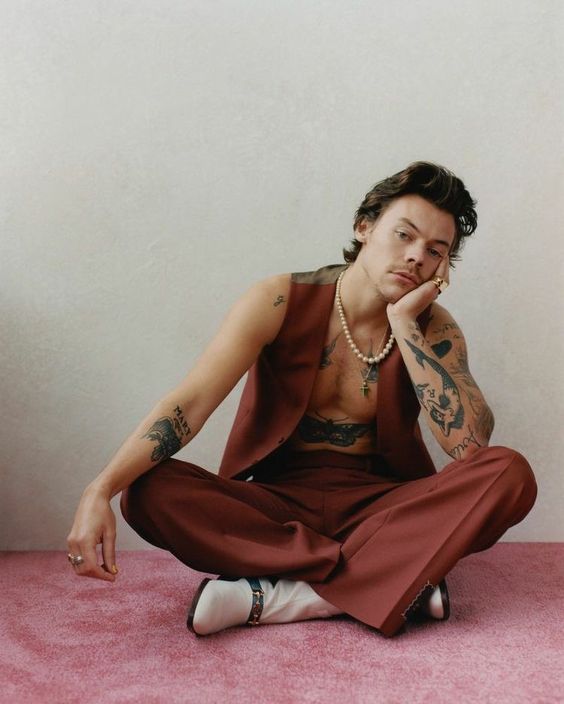 Set to perform at Coachella and other big-time venues, Ethel Cain will make a name for herself in 2023. The American singer-songwriter has released three albums and many singles over the past four years. She doesn't stick to one genre, making her a very versatile artist; however, she has released a lot of alternative rock music. With already 2 million monthly listeners on Spotify and immense success on her most recent album, Preacher's Daughter, Cain has built a steady fanbase. With shows lined up until May, the artist is likely to gain even more popularity as she finishes the USA leg of her tour. 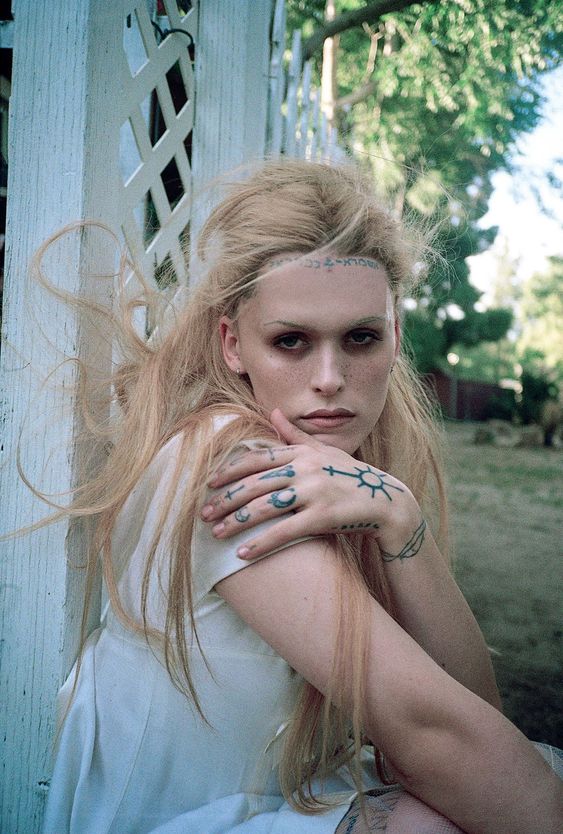 With increasing popularity, Inhaler is set for a world tour in 2023. The group originated with four friends in a secondary school in Dublin, one member being Elijah Hewson, the son of the rock star, Bono. Inhaler released their first song in 2017, and since then, have released many singles, an EP, and a studio album. They will be releasing a new album, 'Cuts and Bruises', in February of this year. Starting and ending their tour in the UK, the band will be performing around Europe and the United States. In recent years, fans have posted edits of the lead singer on TikTok, helping the band gain familiarity and fame. With their upcoming album and live performances, Inhaler will undoubtedly be one of the biggest bands in 2023. 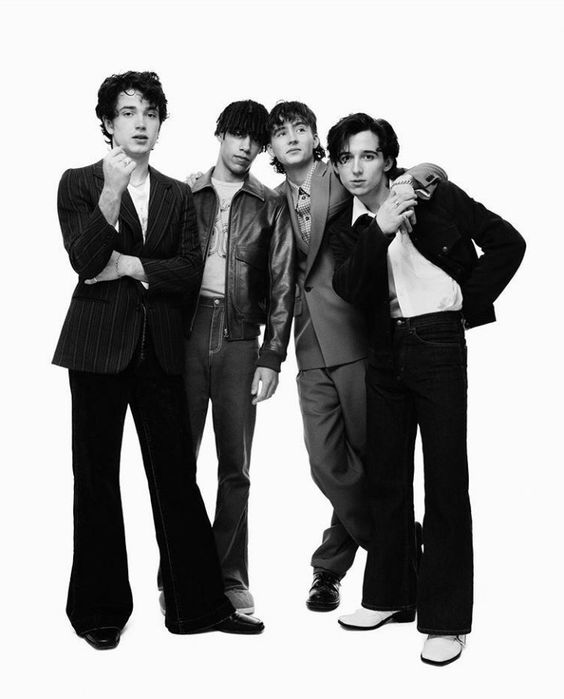 From going viral on TikTok to having millions of streams on Spotify, Lizzy McAlpine is paving her way in the music industry. In 2022, she released her most recent album, 'five seconds flat', which has grown exponentially in popularity. Social media trends have helped people listen to her music, with 'ceilings' recently going viral. The singer-songwriter wrote a song about the 1975 that exploded on TikTok, creating her loyal following. In 2023, she will start her almost completely sold-out tour. Starting on April 18s in Denver, Colorado, the tour will cover the United States and then cross overseas to select locations in Europe. At just 23, Lizzy McAlpine has grown incredibly successful and is predicted to become a bigger star in the upcoming years. 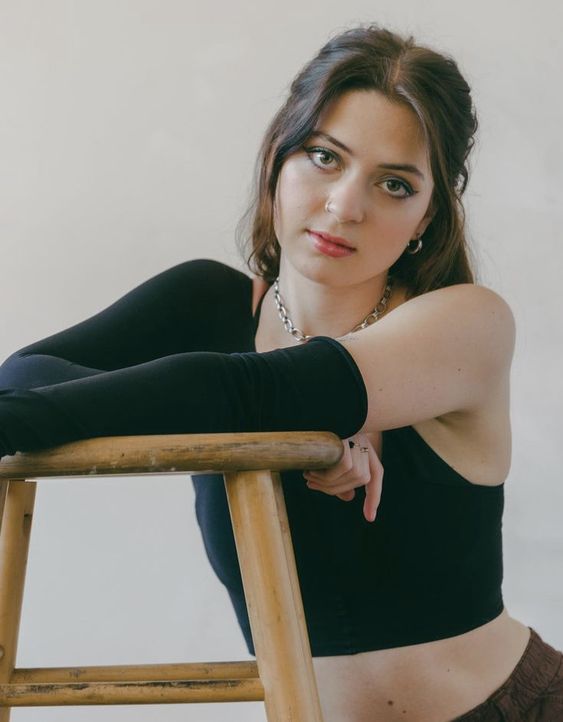 Sabrina Carpenter has already had a very successful year. Her 2022 'emails i can't send' tour was a massive success, and she decided to continue the tour into spring of 2023. Carpenter moved into the spotlight at a young age, starring on the Disney Channel show, Girl Meets World. Disney actors have often been stuck with a childlike brand for their entire careers. However, after many years of maturing, the singer has managed to reinvent her brand from child star to pop star. Her song, 'nonsense', has become a fan favorite, and she drew more attention to her newest album by releasing a Christmas version of the song. With the North American leg of her tour set to begin on March 16, Sabrina Carpenter will be one of the biggest stars of 2023. 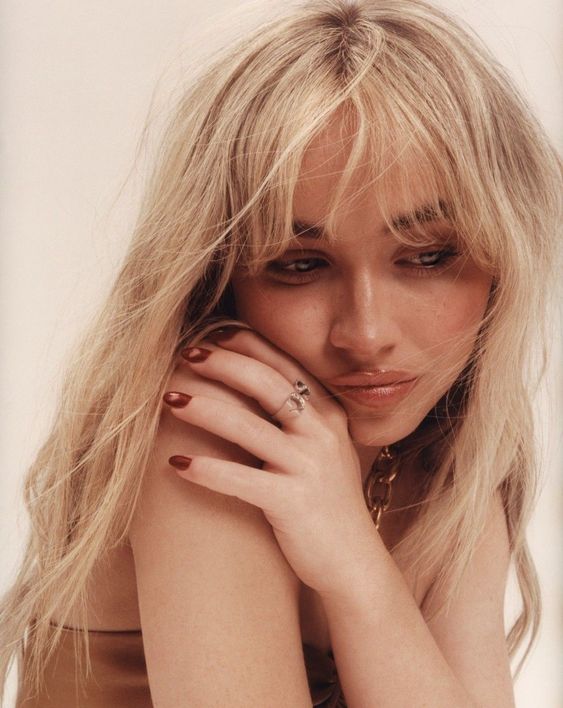 Singer-songwriter Gracie Abrams is gearing up to be one of the biggest artists this year. Abrams started her career by posting original songs on her SoundCloud. Eventually, she was picked up by a label and released 'Mean It' in 2019. Over the past four years, the musician has released two EPs and multiple singles. She has opened for Olivia Rodrigo, merging Abrams' smaller fanbase with Rodrigo's significant one. Her debut album, 'Good Riddance', is set to drop in late February of this year. Not only is Abrams doing her own live performances, but she is also scheduled to open for Taylor Swift during the Era's Tour. She will play 14 shows around the United States in the upcoming months. From a new album to supporting Taylor Swift, 2023 will be a big year for Gracie Abrams. 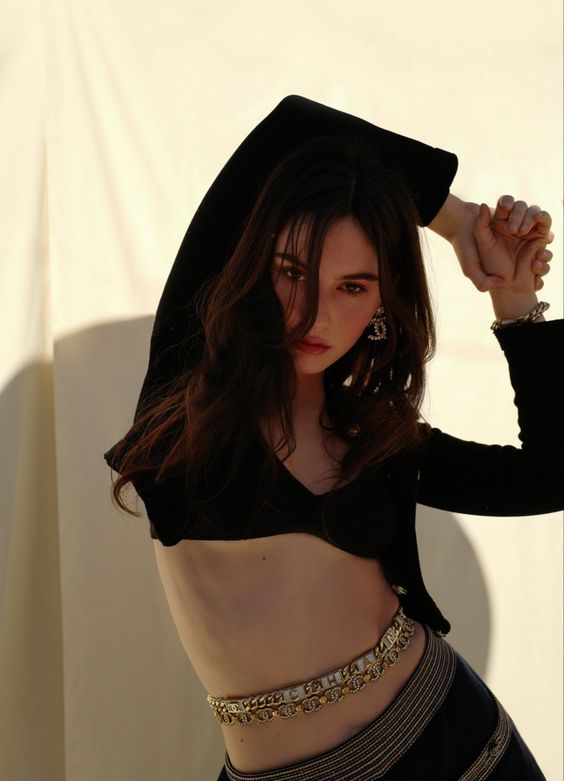 The teenage musician, Shauna Dean Cokeland, is rising to fame through TikTok. Shauna, or SDC, began posting covers of songs on social media, slowly gaining a following. Once she started posting her original songs, her TikTok account took off. The singer has a unique style, taking inspiration from emo bands and indie musicians, such as Lana Del Ray, creating an individual sound set to the acoustic guitar. Recently, she has begun releasing familiar singles with the plan to drop a full-length album. She performed her first live show earlier this year and had fans drive in from out of state to see her. In 2023, she plans to release multiple music videos and continue to play for an audience. Her relatable lyrics will likely add to her following in the next year, and fans are excited to see what is coming. 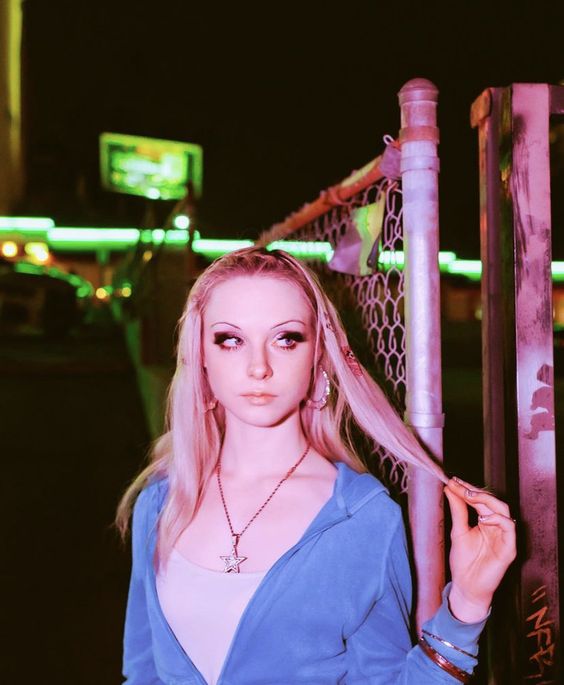 Made up of three female musicians, boygenius was created to go against stereotypes. Phoebe Bridgers, Lucy Dacus, and Julien Baker formed the temporary band to stop being grouped as just 'women in rock'. With three distinct sounds, personalities, and voices, there was no reason the trio should be thought of in one category. They released a self-titled EP in 2018, and nothing for four years. However, boygenius is set to perform at Coachella in the upcoming year. A new album, 'the record', is dropping in March. Three songs have been released, and fans are excitedly awaiting the rest. The original EP utilized all three women's distinct voices and writing to create an alternative group of songs loved by millions. With Phoebe Bridger's rise to fame, the band has gained more popularity and will continue to grow in 2023. 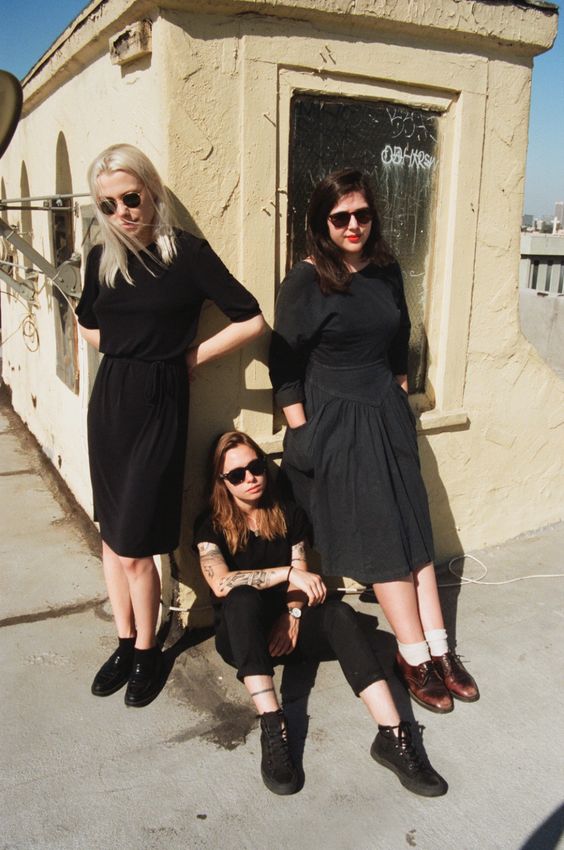 Currently touring around the world, the 1975 has started off the year with a bang. Comprised of four men, the band has been playing together since they were teenagers. They became immensely popular on Tumblr in the early 2010s, skyrocketing into fame. The frontman, Matty Healy, has recently gained equal amounts of love on social media platforms, especially TikTok. The indie group has a mainly teenage demographic but appeals to older generations as well. The lead singer makes use of the 'tortured genius' stereotype and plays into ironic characters, increasing the band's popularity. With hits such as Somebody Else and About You, the 1975 has already made a significant mark on the music industry. Their 'being funny in a foreign language' tour will continue into early July, and fans are eagerly awaiting their next move. 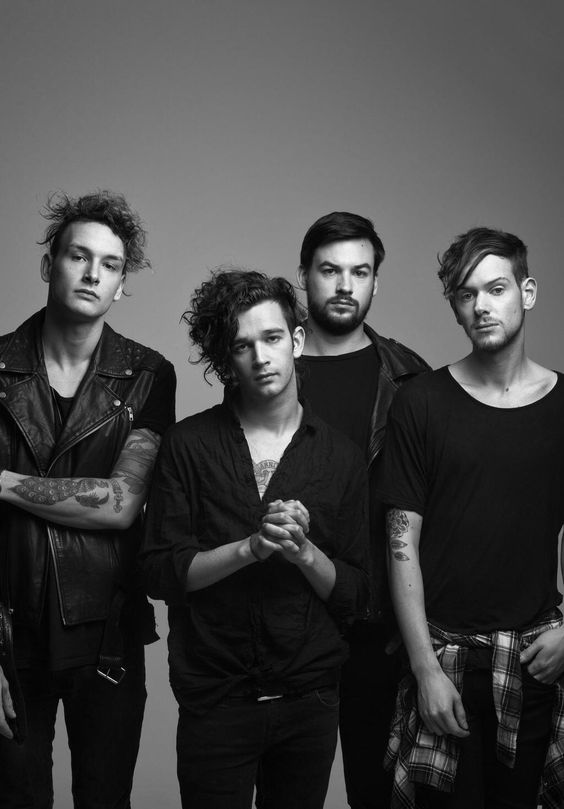 Once known as her alter ego, Hannah Montana, Miley Cyrus has been an icon of the younger generations. Miley Cyrus famously started on Disney Channel, where she spent her teenage years with her own TV show. However, as she grew up, Cyrus wanted to explore other ways of performing. As she became more confident and mature, the media tore her down. She was called crazy and her albums became less and less popular. Recently, the musician has started to embrace her strong, rock voice. Her newest release, 'Flowers', has been an incredible success as listeners have begun to empathize with her. With an album coming out in March of this year, Miley Cyrus will undoubtedly be taking home awards and adoration. 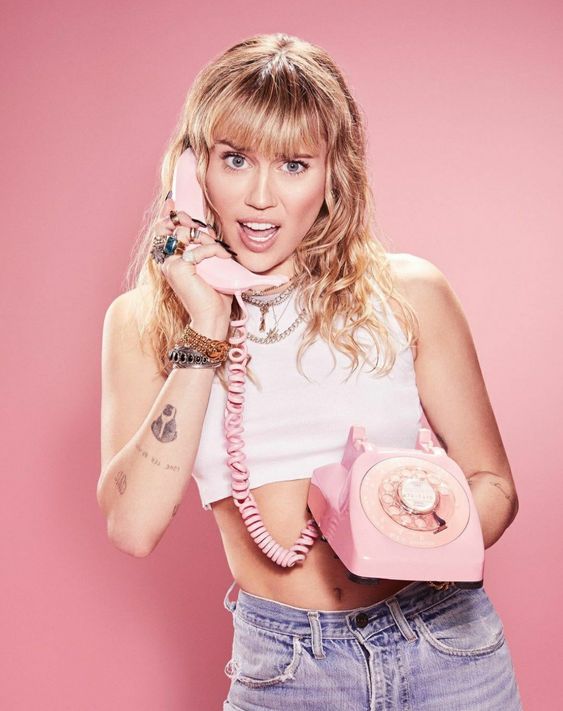 SZA has already had an incredible career, but will only continue to grow in 2023. SZA, or Solána Imani Rowe, started her career in features and collaborations with well-known artists. She released two EPs and was signed to a label in 2013. She wrote for incredibly famous female singers, adding to her resume in the music industry. Her breakthrough came in 2017, with her debut album, Ctrl. She went on tour, was nominated for Grammys, and made a name for herself. Now, SZA has released another album, SOS, with multiple songs going viral on social media. Her latest single, 'Kill Bill' has blown up in popularity and in the next year she will be embarking on another tour. The SOS Tour will start in February and end in May, a popular time for touring artists. The singer has had immense success over the last decade and is predicted to be one of the biggest artists this year. 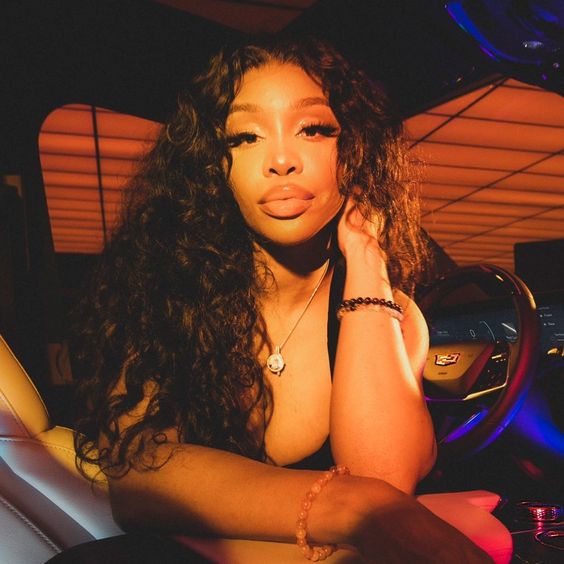 Music will be amazing in 2023, with a massive number of touring artists. The biggest names of our generation are currently in the making; their music brings people together from all around the world. New singers will be discovered and others will continue to grow, within every genre. Our list is not limited, but if you want to say you knew an artist before they were cool, listen to our predicted top musicians of 2023.

Nora Wagner is a 15-year-old American international student based in England. At a young age, she developed a passion for music and, since then, has loved reading and writing about it. Nora enjoys playing instruments, reading, and shopping with her friends in her free time.