On August 15, 2021, the Taliban (formed by members of a militant group) invaded Kabul, the capital of Afghanistan, and took control of the country. This ended the decades worth of work, money on military, and humanitarian aid the U.S. invested in remaking the poor and violence-ridden country. Western nations left in a hurry, declaring the Taliban victorious over Afghanistan.

It has now been a year since the invasion of the Taliban in Afghanistan, and although it had promised to form an “open, inclusive Islamic government,” the complete opposite has happened. Millions are suffering as a result; their human rights are being seized by the Taliban and nothing but oppression, fearfulness, and poverty plagues their lives. That's precisely why we need to talk about and bring more awareness to this issue. 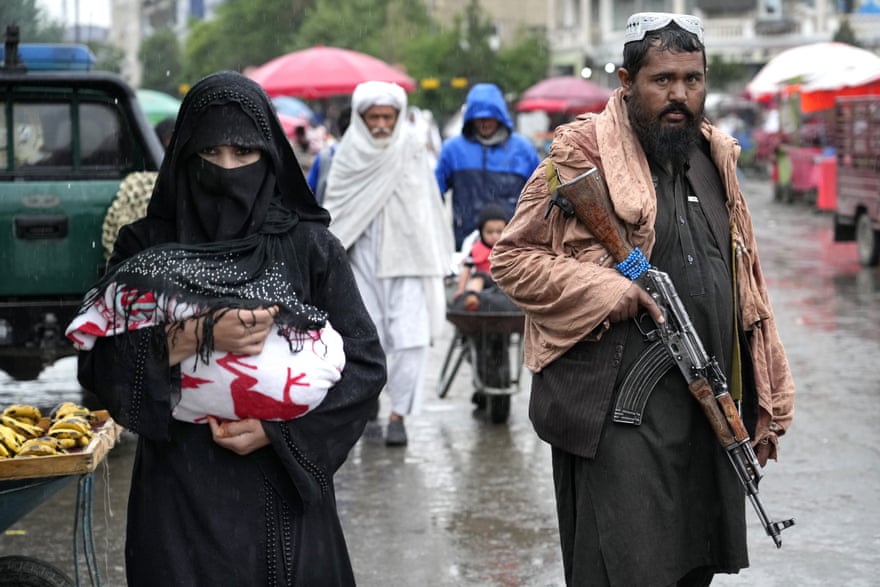 The History of the Taliban in Afghanistan

In 1995, the Islamic militia known as the Taliban rose to power in Afghanistan on promises of peace. Islamic law was enforced via public executions and amputations, and new rules regarding women were created. For example, the education and employment of women was curtailed, and women were required to be fully clothed and not allowed outside alone.

Despite these drastic changes, the United States refused to recognize the authority of the Taliban. In 1997, the Taliban publicly executed Dr. Mohammed Najibullah, the ex-president of Afghanistan who was ousted back in 1986, all the while ethnic groups up north battled the Taliban for control of the country.

As a result of terrorist attacks issued by the Taliban on American Embassies in Africa, as well as the September 11th attack in the United States, the Taliban was considered an international terrorist organization. U.S. and British forces launched airstrikes against targets in Afghanistan. After weeks of intense fighting with the Taliban, northern groups aiming for control invaded Kabul and took control of the country, ending the rule of the Taliban in Afghanistan in 2001.

On August 15 2021, after two decades worth of aid provided by the United States and other international nations in attempts to improve the country, the Afghanistan government collapsed. The Taliban retook control over Kabul and the entire country. Two suicide bombings occurred outside the Kabul airport as thousands of Afghans tried to flee the country, killing over 160 Afghans and 13 U.S. troops. This resulted in the withdrawal of American interference and association with the country. What Has the Taliban Done So Far?

Ever since the Taliban came to rule Afghanistan, it has imposed policies restricting all its new governing citizens. However, it seems especially keen on changing rules for women. According to NBC News, such policies include limiting protection for those suffering from domestic violence, detaining females for minor violations, increasing child marriages, and denying the right to peaceful assembly.

More personal policies require that all Afghan women wear clothing covering them from head-to-toe in public, don't leave home without a male chaperone, and limit access for females to get an education as well as work. According to the Leftvoice, "Afghan women have been raped by Western troops, and a nefarious 'sex market' has proliferated, with reports of sexual services being exchanged for food."

Aside from the harsh standards set for Afghan women, the Taliban has also hunted down ex-government-related workers with the intention of killing them. As a result, many of these people have gone to live in hiding out of fear for their lives.

Over at the HRW, or the Human Rights Watch, Halima Kazem-Stojanovic stated, "For the women in Herate we interviewed, life as they knew it had vanished overnight, and they were left hiding indoors, waiting in fear to see whether the Taliban would come for them. For these women, the best-case scenario is to be unharmed but forced to live a drastically diminished existence. The worst-case scenario is to be arrested or attacked for their past achievements or for their fight to keep their hard-earned rights." Even economically, life still wasn't better for Afghan citizens. The Afghanistan economy had collapsed as a result of the destruction of the corrupted Western-backed government, and the war in Ukraine prompted fuel and food prices to rise. This also resulted in international focus towards Eastern Europe.

Nearly all of the country’s population was thrown into poverty, unable to feed their families, and according to NBC News, “experienc[ed] high and critical levels of acute food insecurity.” One-hundred and ten dollars would've been able to pay for most families' food in the past; now, it can only pay for a small portion of that. NBC News elaborated on this, stating, “According to the World Bank, per capita income fell by over a third in the last four months of 2021 as the economy, previously buoyed by huge inflows of foreign aid, reeled at the withdrawal of much of these funds. Around 37 percent of Afghan households did not have enough money to cover food, while 33 percent could afford food but nothing more..."

The Leftvoice discussed more about Afghanistan's economic concerns: "According to the United Nations, nearly 12 million Afghan citizens face acute food insecurity and lack access to jobs and stable incomes. The country has one of the world’s worst GDPs per capita, at only 524 euros; in 2019 more than half the population could not obtain a dollar a day to cover their needs." What Are International Powers Doing?

Though U.S. and UK forces were engaged in military action against the Taliban regime in Afghanistan, according to PRIO, there have hardly been any international powers willing to act as donors or to fully establish diplomatic ties with the violence-ridden country. This is in part due to the negative policies, as well as the fear that the Taliban has inflicted on its citizens. NBC News also offered another explanation: international powers are more focused on the war in Ukraine, leaving Afghanistan and its citizens defenseless in the face of the Taliban.

Though as recently as 2022, the CFR reported that, "...aid picked up, with donors providing over $2 billion by July. Still, UN officials said an additional $2 billion was required by the end of the year to meet the country’s humanitarian needs."

The Taliban has reigned control over Afghanistan for over a year now, resulting in the restriction of basic human rights for women, and widespread poverty and terror among many families. Instead of focusing on solving the economic and social issues Afghanistan has, the Taliban have instead been concerning themselves with trivial issues like determining which outfits are "properly appropriate" for women.

Frankly, this is an issue we need to address not just as a country, but globally. Afghan citizens are suffering in this humanitarian crisis, and the lack of aid from international powers and media coverage doesn't help. Not only are basic human rights being denied, but terror and poverty continue to spread while first-world countries turn their backs away from these suffering individuals. I don't think something as fundamental as this needs to be said, but apparently others need reminding: human rights, self-expression, and the right to an education are things that every human being deserves, regardless of their background. Victor is a high school Junior from Atlanta, Georgia. He is very passionate about social justice activism especially topics relating to immigration as well as racial issues. In his free time, you will most likely find Victor procrastinating (heavy on it!), sleeping, listening to music, eating or binging tv shows.