Studio Ghibli is the world’s most popular foreign animation company, with success that rivals English-speaking Disney-Pixar. Known for their intricate animation style and their signature magical realism, the studio is beloved by kids and adults all over the globe. Studio Ghibli has a way of romanticising the details of ordinary everyday life. Thousands of children watch the movies to see themselves reflected on the screen in its rich and complex characters. The movies also serve as a gateway for many children to explore important topics such as war and conserving the natural world. Here is your guide to the popular classics and lesser known additions of Studio Ghibli’s 37-year history. 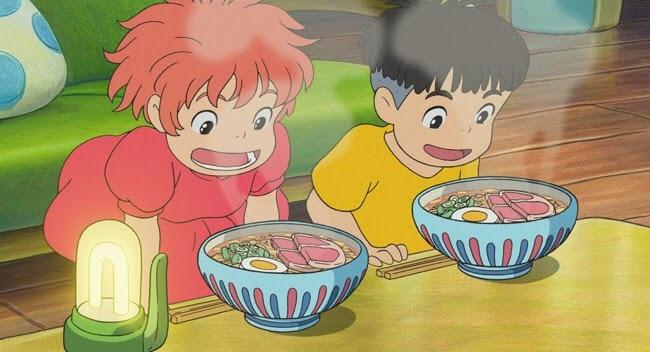 In Ponyo, 5 year old, Sosuke saves a goldfish who longs to be human, unaware that she is a sea princess. The plot unfolds smoothly against the film's sweet pastel backdrop. It’s an hour and forty-three minutes of light-hearted fun. Ponyo appeals especially to the company's younger audiences, claiming Studio Ghibli’s youngest set of protagonists . 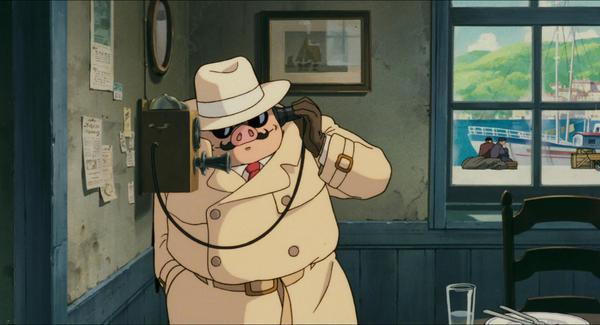 Joining the studio’s trend, Porco Rosso is a war movie. It revolves around Porco Rosso, a World War One veteran cursed with the body of a pig. Set against postcard perfect imagery of 1930s Italy, the film joins Studio Ghibli's most beautiful. Unlike Ponyo, this film gives older viewers something to think about, being targeted primarily at teens and young adults. 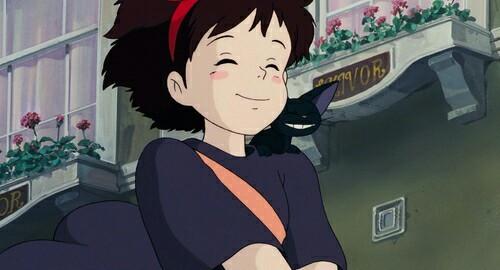 The film sees a young witch, Kiki, as she navigates life in a small town and starts a delivery service for the residents. This is a film designed for those who feel out of place. It’s a simple, sweet and charming movie that all ages can enjoy, with an uplifting lesson on self-confidence that many can benefit from. 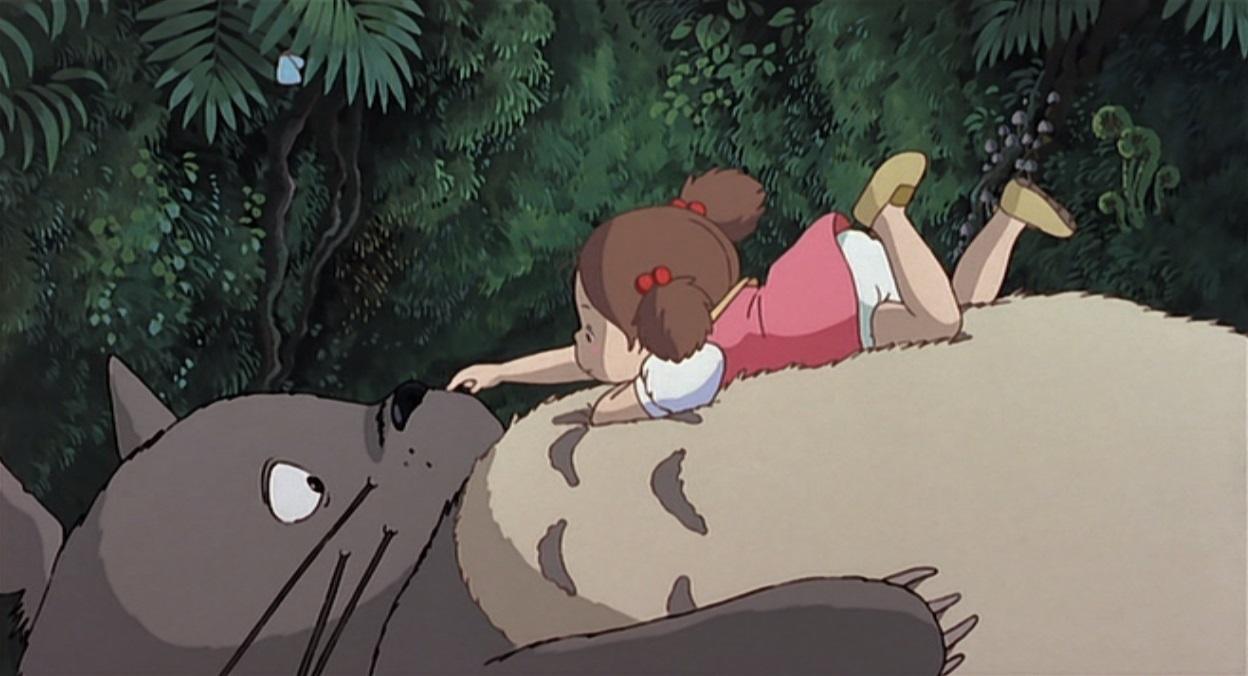 My Neighbor Totoro is a classic Ghibli piece; simple yet enchanting. The film tells the story of two sisters as they move house and befriend the elusive spirit, Totoro. It’s a gentle tribute to the innocence and imagination of childhood and one of Hayao Miyazaki’s most personal. The atmosphere is undeniably enthralling, as is the chemistry the characters have with one another.

6) When Marnie Was There 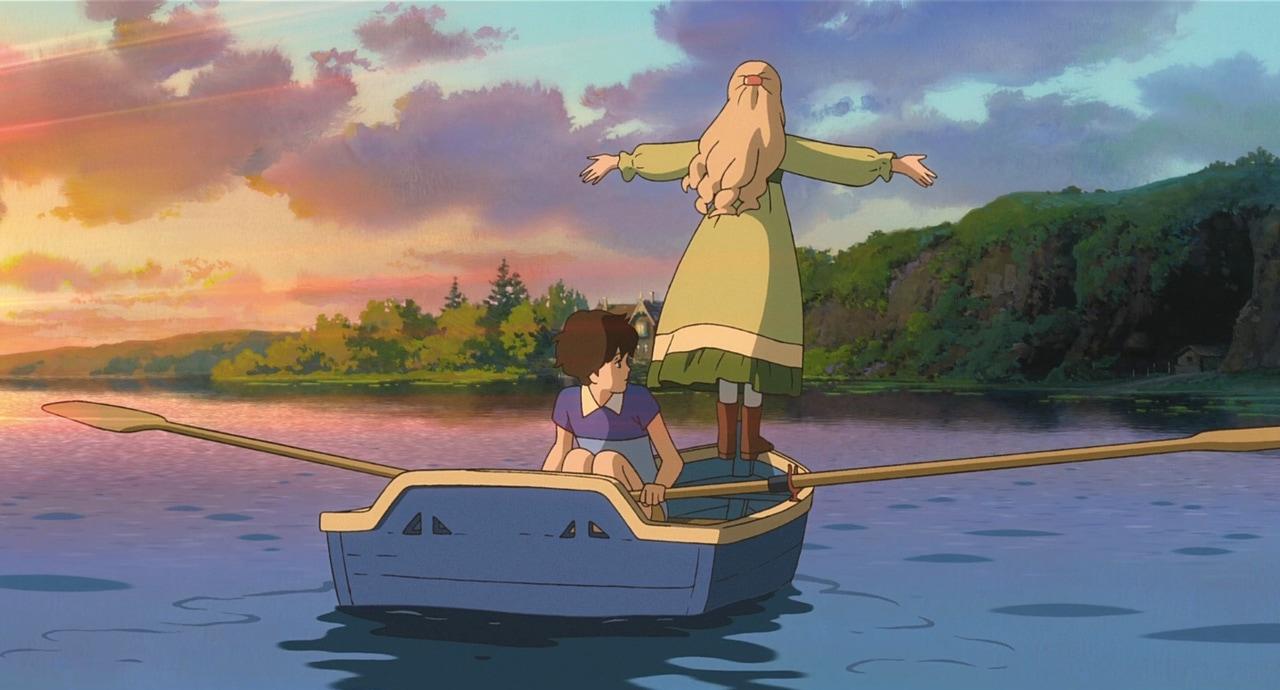 When Marnie Was There follows twelve year old Anna’s move to the country and the close friendship she forms with Marnie, a mysterious girl who lives across the lake. Anna and Marnie are two of Studio Ghibli’s most absorbing characters. They are both cherished by the audience, who can sympathise with what the girls go through throughout the runtime. The animation is, as always, sublime, making the film a memorable and sentimental experience. 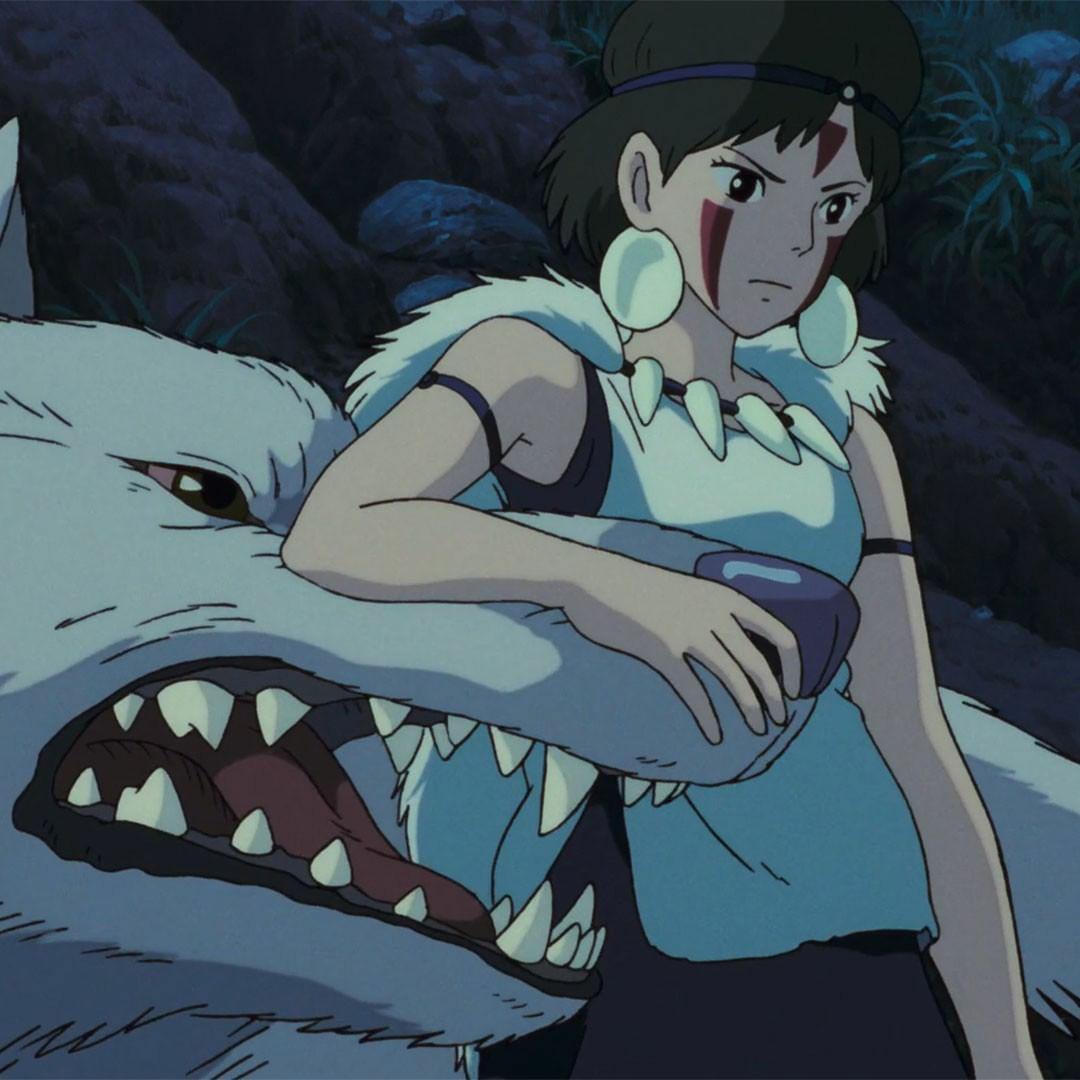 After being attacked by a wild animal, the protagonist, Ashitaka, is on a journey to discover a cure when he finds himself in the middle of a war between the forest creatures and the mining town who want to destroy their home. It focuses on one of the studio's common themes: environmentalism. Princess Mononoke is a powerful movie with developed characters and a strong underlying message.

4) Whisper of the Heart 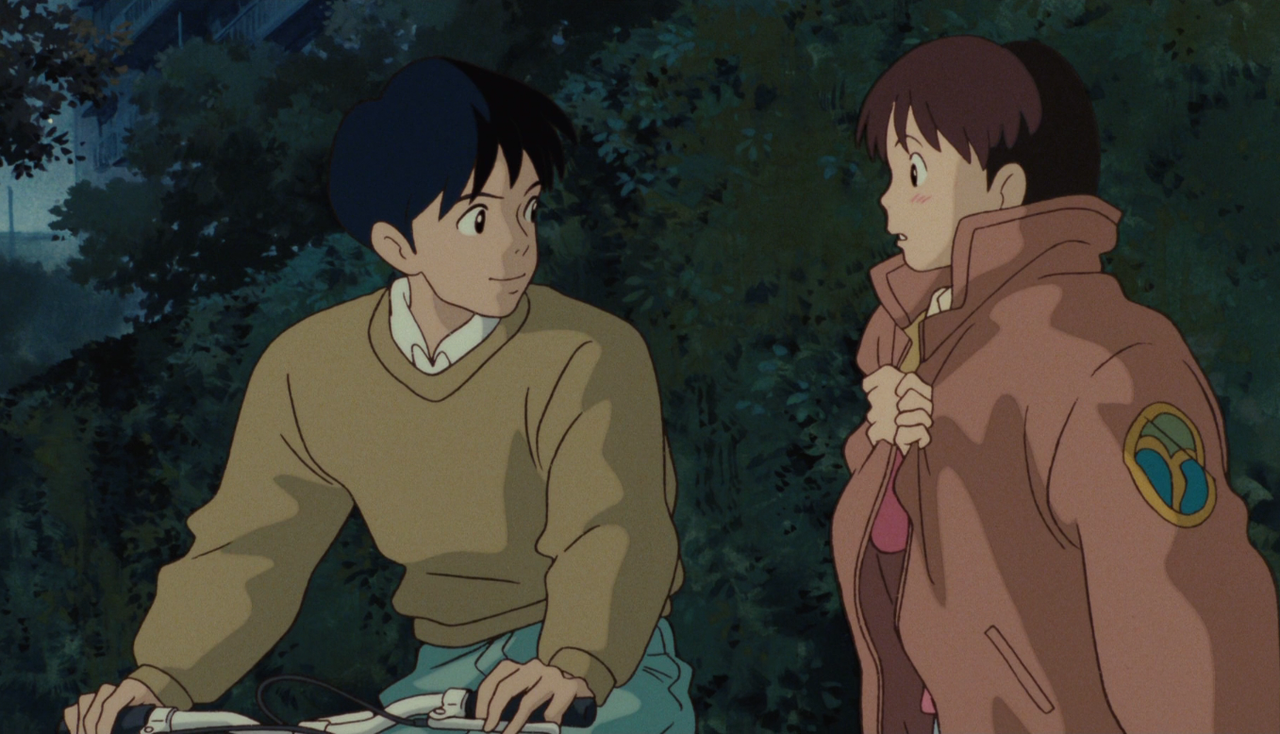 Whisper of the Heart revolves around 14 year old Shizuku, an introverted bookworm and her bond with aspiring luthier, Seiji, after she realises they have checked out all the same library books. Both Seiji and Shizuku are concrete characters that perfectly exemplify the bittersweet nature of growing up. It’s a heartfelt and incredibly relatable coming of age film. 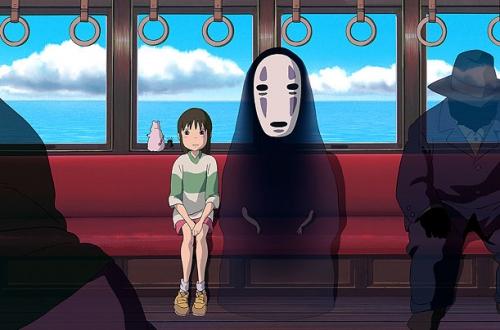 After her parents get lost on a car journey to their new home, 10 year old Chihiro finds herself in a land populated by spirits with only the help of a boy named Haku to get her home. The characters, like No-Face and Yubaba, are wholly unforgettable. The plot is inventive and bursting with originality that Miyazaki executes perfectly in his trademark whimsical style.

2) Grave of the Fireflies 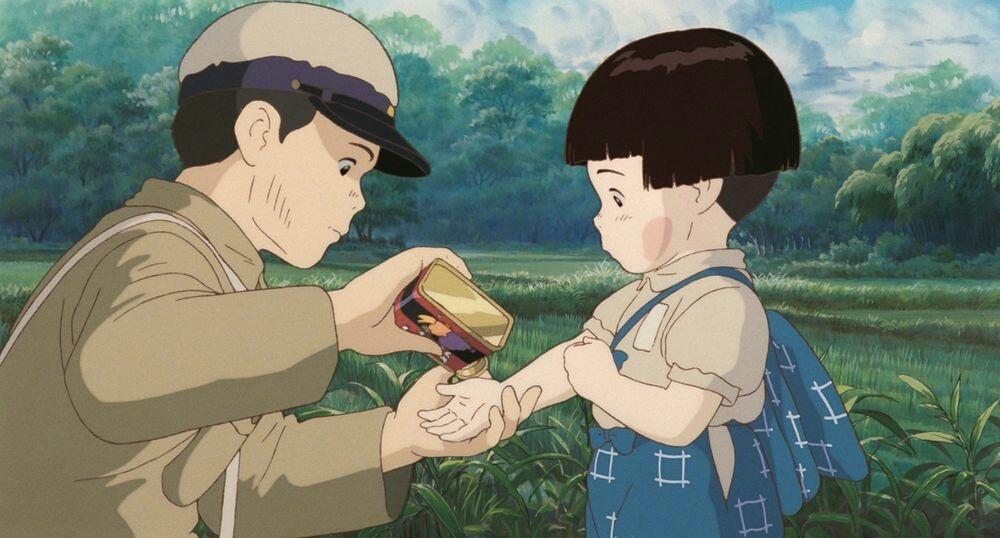 This 1988 film follows Seita and his younger sister, Setsuko, and their struggles to survive in wartime Japan. Grave of Fireflies is Ghibli at its most bleak. It handles the war carefully, sensitively and always honestly. It’s a sharp contrast from the company’s usual carefree nostalgia trips, but every bit as deserving of critical acclaim. A true must watch if you are an anime fan or interested in World War Two.

1) The Tale of Princess Kaguya 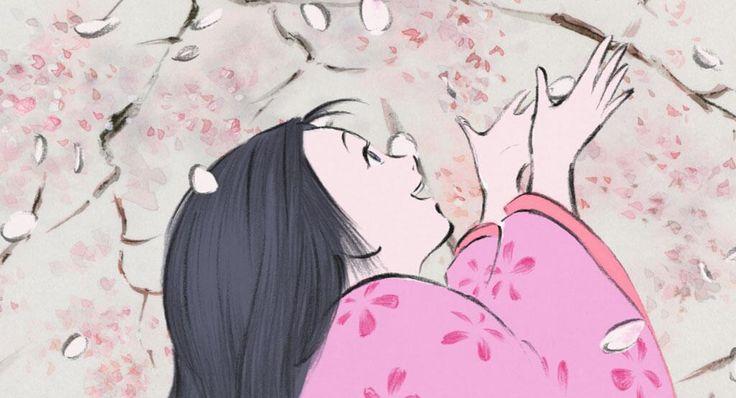 In The Tale of Princess Kaguya, a bamboo cutter and his wife stumble across a baby and raise her as their own. While growing up, she is sent to the city of Kyoto to be raised among nobles and aristocrats and trained in etiquette to fulfil her parents' wishes for her to marry one of Japan's wealthiest. It's a poignant story, intertwined with traditional Japanese folklore. Here, Studio Ghibli strays from their typical art style and takes on classical watercolour to create stunning scenery of Eastern Asia during the 10th century. It's amongst Ghibli's most ambitious projects, but pays off immensely through its captivating characters and breathtaking frames of nature.

So far, Studio Ghibli have made twenty three full-length films and one TV film, all of which contain the award-winning animation they are known for. The last entry in Studio Ghibli's filmography was When Marnie Was There in 2014 (with the exception of Earwig and the Witch, a CGI film that Hayao Miyazaki’s son made), but Ghibli fans can expect to see How Do You Live?, Hayao Miyazaki’s final film, based on the 1937 novel of the same name, hitting the screens between 2024-2026. Until then, fans will need to enjoy the well-known classics and hidden gems already available.