There’s one subculture in particular that I was a part of when i was younger; one that still holds a special place in my heart.

Back in 2013, when I had started 6th grade, I had made a friend and she showed me rock music for the first time, and I fell in love. I guess you could say that was the start of my so-called ‘emo phase’.

Growing up, many people may have gone through an emo phase, the times where you would have worn nothing but jelly bracelets from Hot Topic, various rock band tees, and had mini rock concerts in your bedroom.

FAVORITE SONG: Thank You for the Venom.

2. A Fever You Can’t Sweat Out 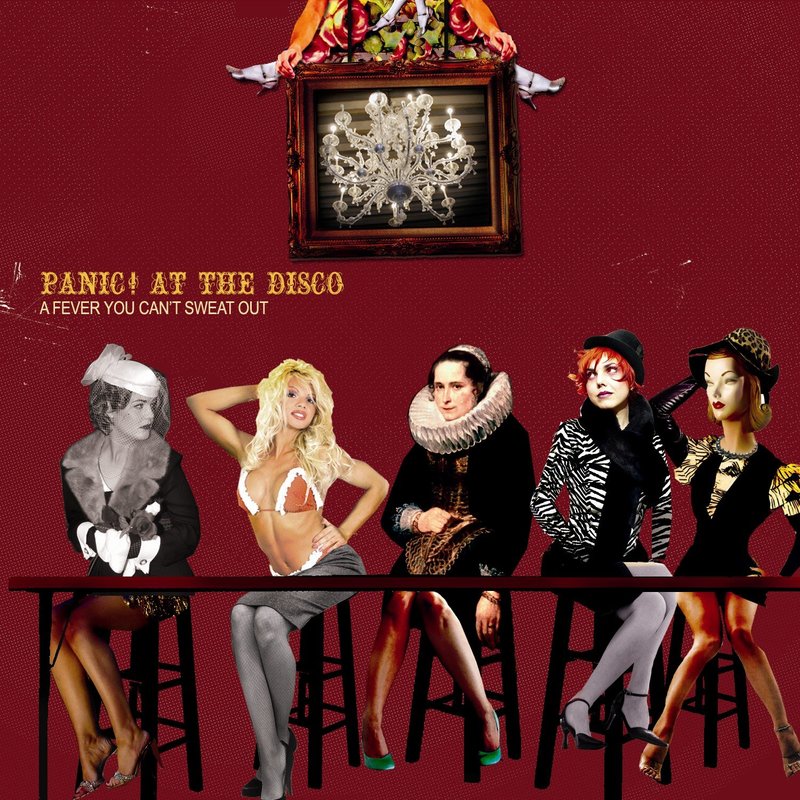 The debut album from Grammy nominated artist Panic! at the Disco, is arguably one of their best. With all songs written by former band member Ryan Ross and music composed by Ross, Brendon Urie and former band member Spencer Smith, this album is truly a masterpiece. Featuring one of their most famous– if not their most famous track: ‘I Write Sins Not Tragedies’ and other singles such as ‘Build God, Then We’ll Talk’ and ‘But It’s Better If You Do’. A fever you can’t sweat out is immensely popular in its own right, and an impressive album, especially as P!ATD’s first one, and this album has solidified their place as another one of the most influential bands in rock music history, making up a part of the so-called ‘Big Three’ when it comes to pop punk music (Fall Out Boy, Panic! at the Disco, and My Chemical Romance). The songs on this album hit a range of many topics, from adultery and prostitution, and its by talking about this risqué topics that has made P!ATD the wonderful alternative band that it is today.

3. FROM UNDER THE CORK TREE 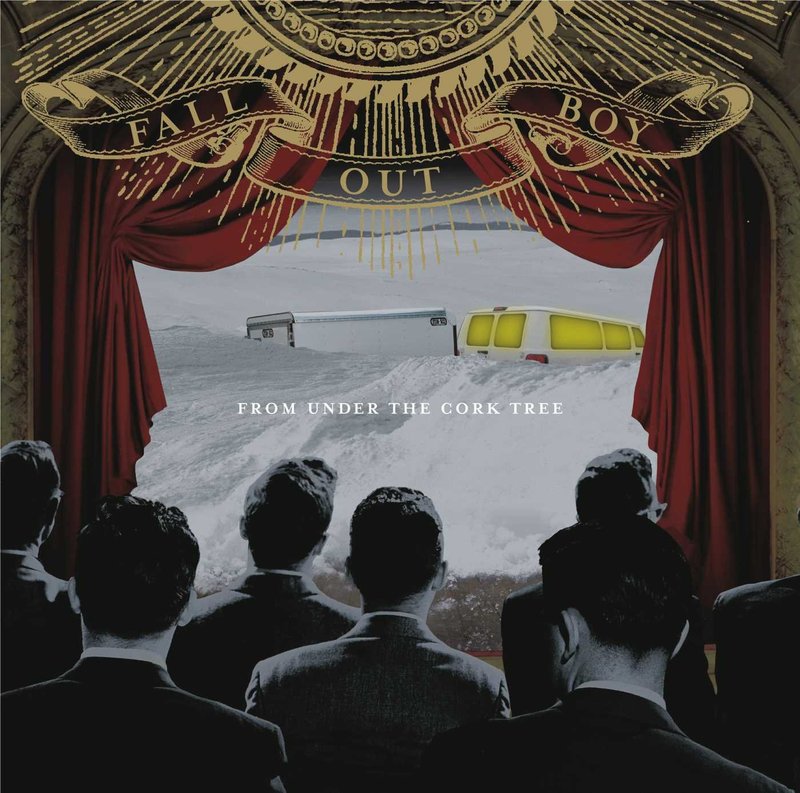 The second album from rock band Fall Out Boy and the debut album for the band label Island Records released in 2005, was Fall Out Boy’s entryway to mainstream success. This album was composed by lead vocals and lead guitar Patrick Stump, and all songs were written by the bassist, Pete Wentz.  From Under The Cork Tree features the bands arguably most popular single: ‘Sugar, We’re Goin Down’ and other singles such as ‘Dance, Dance’ and ‘A Little Less Sixteen Candles, a Little More Touch Me’. These singles and album as a whole helped Fall Out Boy gain notoriety in the rock scene and launched them to become the iconic band that they are today; as well as the masters of the long rock song title era.

FAVORITE TRACK: Sophomore Slump or Comeback of the Year 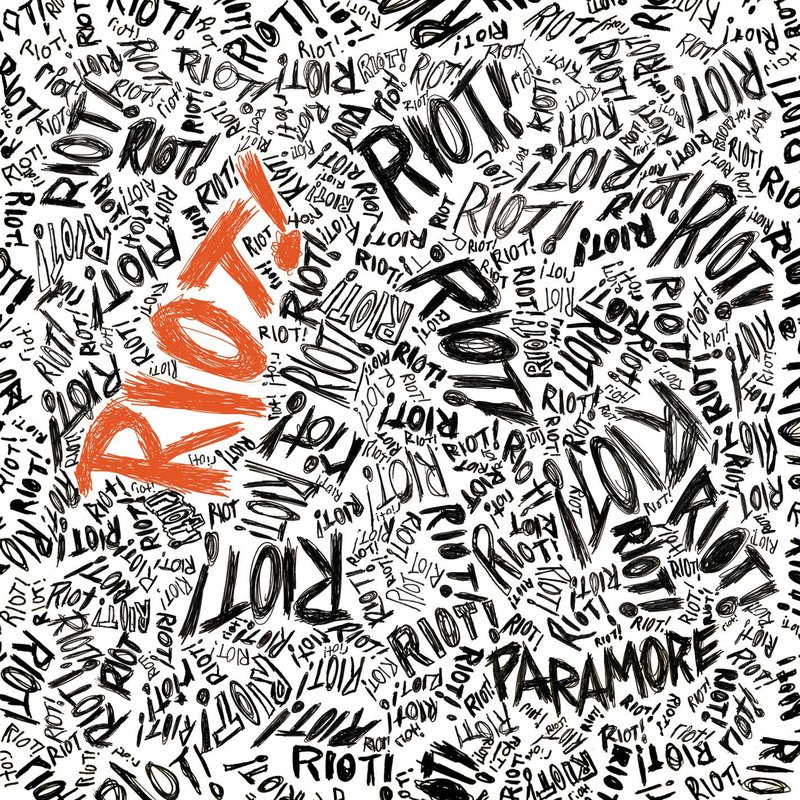 The second studio album from punk band paramore, is arguably one of their best. Coming off of the success of their first album All We Know is Falling, and their rise in popularity after recording songs on the Twilight soundtrack, Paramore does not disappoint. The album features 4 lead singles; including ‘Misery Business’ the band’s breakthrough hit and the song that left them etched in emo punk band history. Riot! features a different sound, straying from the styles of music on their debut album. Hayley Williams— the lead singer of Paramore— states that the title Riot! relates to an outburst of emotions, and that for them, the album shows raw energy and anew level of passion for the band. Over the years, Paramore has experimented with different sounds, (Their most recent album, After Laughter that was released in 2017 feature a more pop-like sound than their previous albums) and are probably one of first few bands to do so. However, we will always remember them as the punk band that had their own unique sound, and even better, a female lead singer that complete dominated (and still dominates) the formerly all male punk realm.

5. ENEMA OF THE STATE 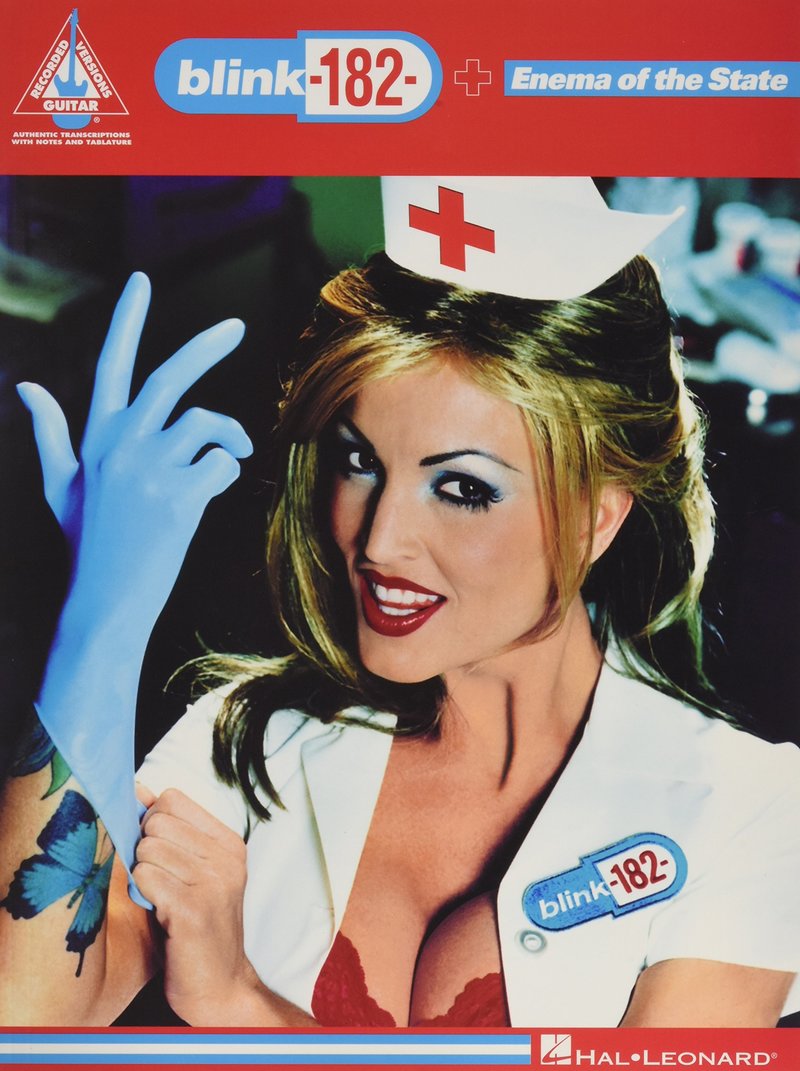 Stepping out of the emo punk genre but still staying relatively punk— we have Enema of the State, Blink-182’s third studio album. Punk band Blink-182 released two albums before this release, which both achieved positive reviews and okay success. It wasn’t until Enema of the State got released that Blink-182 made a name for themselves in late 90s punk rock. (This was also the first album to feature Travis Barker as the new drummer for Blink-182.) All three singles from the album— Whats My Age Again, All the Small Things, Adam’s Song— were all enormous hits, and generated heavy airplay on the radio. Though the 3 singles and the album itself was incredibly successful, Blink-182 was heavily criticized and called a ‘synthesized, manufactures pop band that made songs which only resembled punk’. Regardless of the critics words, Enema of the State catapulted Blink-182 to becoming one of the biggest punk bands during the turn of the millennium. Enema of the State itself had a massive impact on the pop punk genre; reinventing it for a new generation, and Blink-182 is still revered as one of the few bands that can transcend the punk and pop realm.

6. THE SILENCE IN BLACK AND WHITE 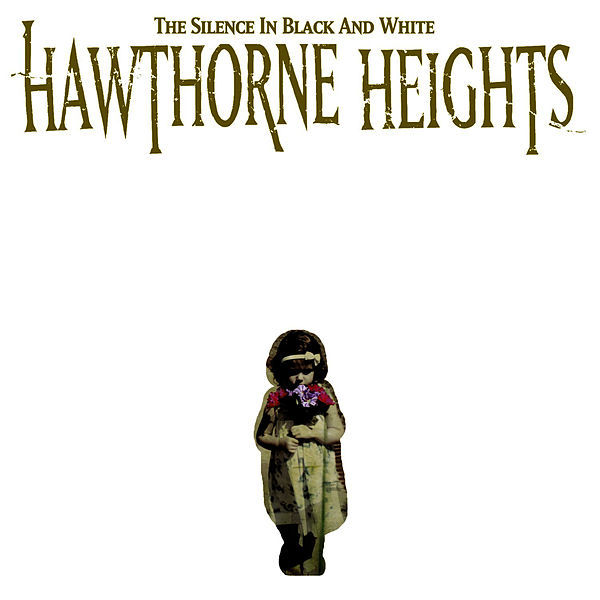 The first album from the band Hawthorne Heights after they changed their name from A Day in the Life, was a major success. The album was only recorded in a four week period and released on June 8, 2004. There were two singles that came from the album— ‘Ohio is for Lovers’ and ‘Niki FM’—both becoming successful on the charts and solidifying Hawthorne Heights’ place as a true rock band. The album has also reached gold status since its release. The song ‘Ohio is for Lovers’ deals with band members having to leave behind their girlfriends as they go on tour, and since 2004, some have named the song an ‘emo anthem’ for the lyrical content. This is one of the few debut songs that has become a breakout hit when it comes to bands, garnering the band widespread popularity. Hawthorne Heights has still kept their signature sound while making new music, and they have been successful, and will forever remain the legendary band that they are. 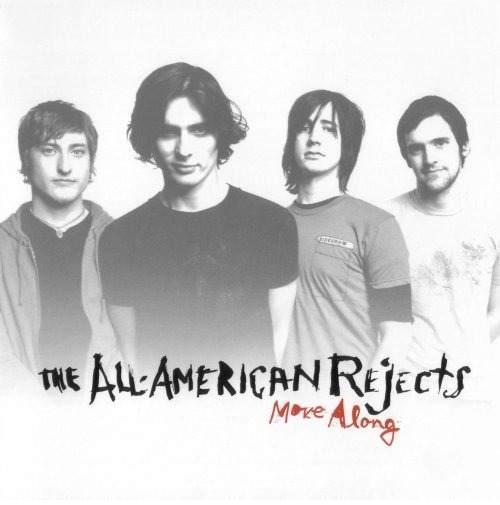 Many of us have heard the lines— “I’ll keep you my dirty little secret”— in many teenage movies. The song has been played so many times that it might be eternally etched in our heads. This song is one of the mainstream singles from the album Move Along by the all american rejects. Though their debut self-titled and the single ‘Swing, Swing’ gave The All-American rejects game in their own right, it was the album movie along that really propelled their introduction into the mainstream. Released in 2005, this album was the pop-punk staple that we needed. It wasn’t the screamo album that many didn’t gravitate towards, and it wasn’t a britney spears on the pop song level. It was a happy medium. All 3 singles from the album— ‘It Ends Tonight’, ‘Move Along’, ‘Dirty Little Secret’— were majorly successful and launched the band’s reputation. No band or able was able to encapsulate and dominate the rock and pop charts like The All American Rejects did. 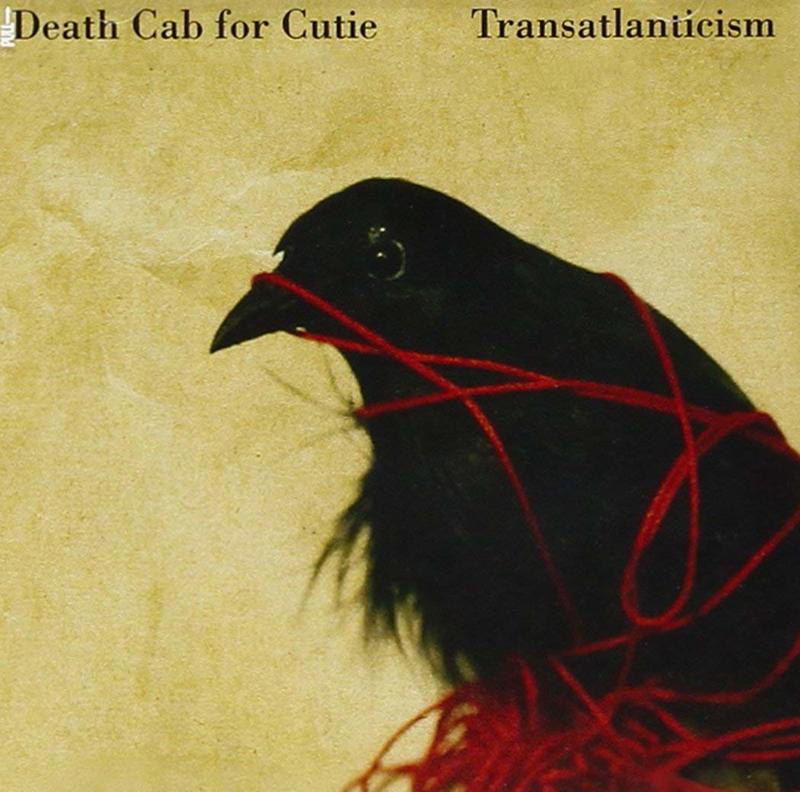 The fourth studio album from indie band Death Cab for Cute has an interesting story of how the album came about—After touring and recording together for 5 years, tensions began to rise within the band. The band decided to take some time away from each other, and later regrouped in 2002— when they created Transatlanticism through 5 day stretches until June 2003. This concept album explores long-distance romance, and many of the albums somber lyrics were penned by Ben Gibbard, the bands lead guitarist and vocalist. By 2002, Death Cab had moderate success, which only grew after being referenced on the popular early 2000s show, The O.C. Transatlanticism was incredibly successful, even earning gold certification from the Recording Industry Association of America (RIAA). Death Cab for Cutie also released 3 singles from the album: The New Year, The Sound of Settling, and Title and Registration. This is of the more mellow and subdued albums on this list, but it still a great one all the same. Death Cab for Cutie was able to break into the mainstream as an indie band, and we will forever be grateful for them making an album that captures the feeling of loneliness and longing so eloquently.

FAVORITE TRACK: We Were Giants 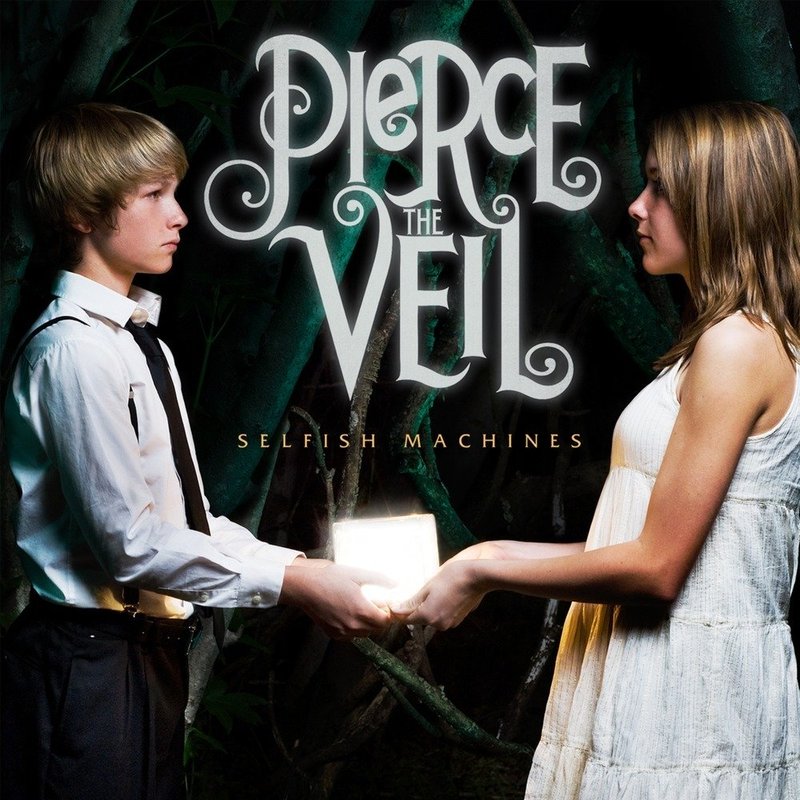 Shifting the attention from alternative to more modern punk rock, we come to the second studio album from the rock band Pierce the Veil. The album was released in 2010, 3 years after their debut album. A majority of the songs were written by Vic Fuentes, and he  co-produced the album as well. Selfish Machines helped Pierce the Veil gain a lot of popularity and traction, with some even criticizing the use of autotune on the album. When talking about Selfish Machines, an iTunes review said this, “[Selfish Machines] blurs emo, [progessive] rock, and post hardcore” (https://itunes.apple.com/us/album/selfish-machines/490906460). Many of the songs on Selfish Machienes explores the theme of natural thoughts and feelings, and the desire to be in love, and wanting someone else to love. This is shown through the songs ‘Besitos’ and ‘I Dont Care If You’re Contagious’. With strong and heart-wrenching lyrics, there is not a single person who can forget singing along to this album at the top of their lungs. Hi. I'm Agnes. An aspiring writer(?). Movie lover. Virgo. I love writing and reading just about anything! If I'm not on here I'm probably makiing a million playlists!