Every single year, for the past 92 years, the entire film industry gets together to honor each other's achievements in every possible sector of cinema.

There are over 50 categories that awards are presented in. Some of the obvious are Best Actor in a Leading Role or Best Director, some of the less obvious and more unknown are Best Sound Mixing or Best Documentary (Short).

The Oscars shed light on important stories and the many people who put in the long and exhausting hours to tell those stories.

This year, especially, makes a historic point in the sectors of diversity and representation. According to the Academy, a total of 76 nominations were given to women, which marks a record for a single year. For the first time in film history, two women were nominated for Best Director, which is a huge step for female filmmakers across the world.

A full list of the nominees can be found on the official website of the Academy Awards here.

Below are the nominees in certain categories that stood out to me and why a certain artist deserves to win:

Best Actor in a Leading role

Even though his performance was incredibly emotional and moving on its own, enough to win the Oscar, the win would mean more than just honoring his achievement in the film, it would be honoring his entire body of work since his career began.

If Boseman were to still be with us and working today, I have no doubt he most certainly would've been nominated for more Oscars in the future. I believe the Academy understands that and knows what an important cap to his incredible life this award would be.

Best Actress in a Leading role

Vanessa Kirby - Pieces of a Woman

PREDICTION: Carey Mulligan in Promising Young Woman - Carey Mulligan known for her touching and powerful role as Kathy in Never Let Me Go shines once again in a relevant and gripping drama centered around sexual assault.

Mulligan commands the screen as a witty, charming, yet manipulative young woman who attempts to get revenge on predatory men. Her performance came as a real surprise to the critics, who absolutely loved her in the film.

The feministic quality of her role and the overall film opens up many unexpected doors and conversations on a hot-button topic in today's society that deserves attention - the win for Mulligan could do just that.

Judas and the Black Messiah

The Trial of the Chicago 7

PREDICTION: Nomadland - The film made a huge impact everywhere ever since its first debut at the Toronto International Film Festival in the fall of 2020. Critics have raved extensively about the stunning story and all the talent that went into making the film.

The film was written and directed by Chloé Zhao, the first Chinese woman to be nominated for best director, made history with that nomination. The Academy has been focusing on representation and diversity over the last few years and I believe a win for Nomadland will truly cement their dedication to expanding representation and provide inspiration to young female filmmakers everywhere.

Given the raving reviews from critics and the past Best Picture Oscar wins for Searchlight Pictures, it would be a shock if Nomadland didn't win.

Thomas Vinterberg - Another Round

PREDICTION: Chloé Zhao for Nomadland - For the first time in film history, two women were nominated in the same year for the category of Best Director, making the pick extremely hard. Given The Academy's dedication, as mentioned previously, to expanding female/POC representation in film, the film will undoubtedly go to one of the two women in the group.

Some may argue that they will only be awarded the Oscar just because they are women, but I argue differently. Both women made some of the most exquisite films of the season, regardless of the fact they are women.

Both deserve the award, but I predict the award will ultimately go to Zhao for her moving and stylistic choices that stood out from the other nominees. 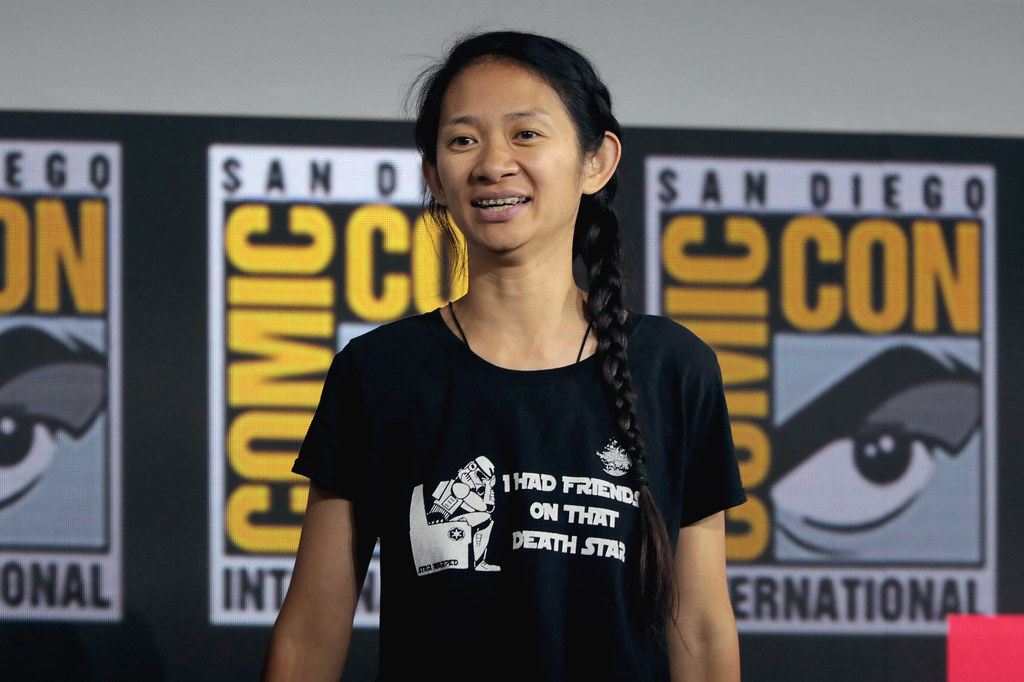 Shaka King & Will Berson - Judas and the Black Messiah

Aaron Sorkin - The Trial of the Chicago 7

PREDICTION: Aaron Sorkin for The Trial of the Chicago 7 - Aaron Sorkin has no doubt earned his spot as one of the greatest screenwriters of our time after writing such films like A Few Good Men, The Social Network, Moneyball, and Molly's Game.

Known for his snappy and quick paced dialogue, he's back at it with yet another courtroom drama. The Trial of the Chicago 7 had some of the greatest moments out of any of the other nominees that made the writing truly stand out.

While Sorkin is a veteran in the business and a win for him would be a snub towards the younger, yet talented writers, the win would be well deserved and representative of his beautiful writing in the film.

A post shared by The Trial of the Chicago 7 (@trialofchicago7)

Kemp Powers - One Night in Miami

PREDICTION: Chloé Zhao for Nomadland - Chloé Zhao is back at it, with yet another nomination for her beautiful film. The film was adapted from the book of the same name by Jessica Bruder that follows a woman in her 60's who is left homeless and devastated by the Great Recession and decides to go on a journey through the American West, living in only a van.

The film was perfectly written, giving justice to the original source, but also sticks to Zhao's style. The writing is incredible and has many Oscar worthy moments, making this a perfect pick.

Well, we just have to wait till Oscar night and see what actually happens.

Maybe the predictions will be correct, maybe not! That's the fun part.

Make sure to tune in to The Oscars on Sunday, April 25th. You can watch it on ABC or anywhere that carries ABC like Hulu Live TV, YouTube TV, or AT&T. Click here for more information on where to watch and when.

Did you enjoy reading Charlie Kapinos's article? Let your friends know by using any of the sharing options below.

Charlie Kapinos is 15 years old and currently lives in California. He loves to write, take photos, read, watch movies, help others, and spend time with friends. He hopes to work towards a career in broadcast journalism after high school/college.