Quiet, reserved, hardworking. These are among the first words that pop up when you think of Asians and Asian Americans—maybe half a year ago. Who would’ve thought that in less than six months, the labels on Asians would shift to a whole new kind. Despicable, contagious, cruel animal eaters. The tags we never expected became the most deadly weapons that attack us every day.

When the outbreak in New York started in early March, my boarding school was shut down, and we were forced to return to our hometowns. Living in a small bubble at my school, I’ve only heard of stories and news on the abuse Asians received elsewhere, but never experienced it first hand. As I arrived in JFK Airport, still tired with my eyelids half-closed, the blatant ignorance I faced punched me right awake.

The customs officer was a black woman. She looked askance at me as I approached, trying to figure out why I was wearing a mask. For them to identify my face to my passport picture, I had to take off my mask. Yet when I started reaching for my mask, she shoved my passport right back to me, face slightly turned away, and said, “That’s enough. Leave.” I was confused, but I did not give it a second thought. As I proceed to a seat in a lounge, a white couple next to me stared at me and hesitated momentarily. Then they immediately stood up and moved away. I was even more bewildered. I sniffed myself and looked at my outfit; nothing was odd or unacceptable.

Then it came to me. It is my skin color that these strangers are afraid of. What happened to America the “Land of the Free” when its citizens can’t even figure out the difference between an Asian person and a Coronavirus carrier. Even the virus doesn’t discriminate when it comes to which body they destroy, so why are we? 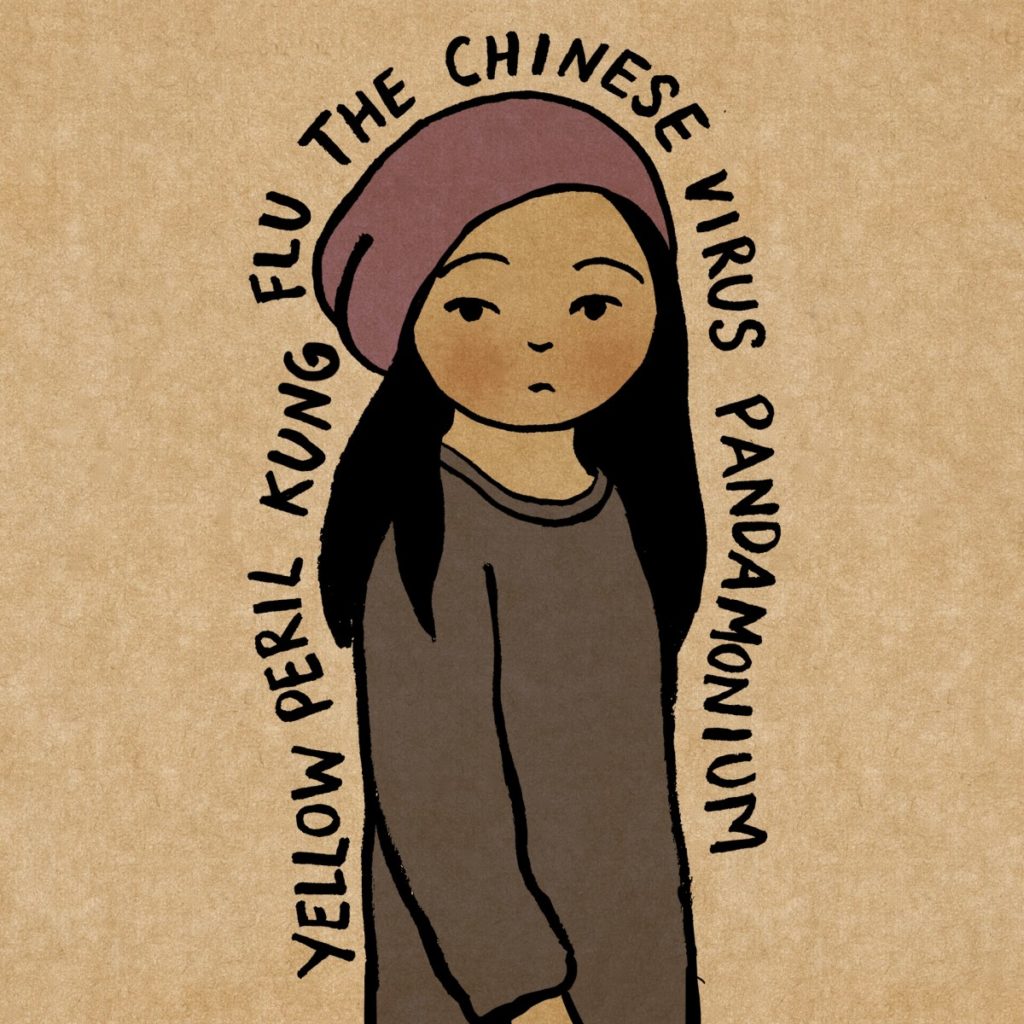 The COVID-19 pandemic did indeed start in Wuhan, China, but it does not give anyone the right to be ignorant to all people with yellow skin. The subconscious acts of discrimination that was demonstrated in the U.S. reflect on the deep-rooted systematic racism that built this country from scratch in the first place. It is unbelievable that we have to explain ourselves when questioned that we haven’t been back to Asia in a long time or that we simply have never traveled to the places you so-called “contagious.”

I always hear people say that we Asians are the model minority. Interestingly, as this virus spreads, the veil on this label dispersed. I realized that it is just a nice front for saying Asians are very useful to society until we become a potential harm, which, by the way, can be tossed away any second.

These xenophobic and racist acts reveal a darker truth about this society—that beneath the surface of propriety and etiquette, racism is still running through every American’s veins. It is easy to teach one not to be racist, but it is a much harder task to still see each other as equals during a challenging time like this.

Italy was another hot spot for the COVID-19 outbreak, the confirmed cases even surpassed all Asian countries. Why do I not see people boycotting pizza and spaghetti? Why is no one pointing a gun at an Italian threatening them to go back to Italy or spraying them with FeBreze on the subway? Why did everyone pray for Italy on Twitter, but when the virus broke out in China in January, no one even took it seriously? The treatments we received are so contrasting that it leaves us to question ourselves: do I worth less than an Italian, or is it that I am vanquished in this vast population for the prejudices on my “exotic” culture and traits?

The Han culture has a phrase for how most East Asians deal with outside hate, “round on the outside and square on the inside.” It means to be flexible and fragile on the outside, but to be strong and rigid on the inside. Asians and Asian Americans are viewed as quiet and reserved for a reason. Just because we don’t voice out as much as other minorities do, doesn’t mean that our experiences are discounted.

During a crisis like this, it is more vital for us to fight this together than picking on a whole racial community based on pure fear and misconceptions. We are conditioned to this unspoken racism, but it doesn’t mean that we can’t start recognizing it and be honest enough to say, “This is messed up. It needs to be stopped.”

Jenny Rong is an editor for The Teen Magazine. She enjoys spending her time finding new music, painting, and knitting.