Women's history month is upon us and Netflix has launched its newest hit movie “Moxie '' just in time. This is one to add to your lists, it’s about a young high school girl who starts an empowering movement/ club around feminism at her school. Girls should have the same rights, not be dress-coded just because they are built differently and not be labeled. It’s about breaking the mould and standing up for the simple right of women's equality.

The film follows a quiet girl, Emma who can't stand to see all the inequality around the school and decides to create a flyer and post it in the girl's bathroom… Moxie. The flier spread around the school and then the club “Moxie” was formed. Gradually getting bigger and bigger around the school they stand up for women's rights and protest against the male-dominated rules. Still, with Moxies identity anonymous it begins to get trickier for Emma and stirs up some drama in her life.

What's the fuss about?

This movie while some critics may say didn’t portray the message correctly still talked about women's equality issues in high school that many still face. It talks about those issues that many brush off as a “normal” degrading but frustrating issue. Perhaps you were once dress coded for wearing something that goes against the female dress code, but you saw a male classmate wearing the exact same clothing item that reveals just as much but they coded you. This is a regular occurrence in schools across the globe, all the girls will agree when I say it’s outright ridiculous and not fair.

The over-sexualization of young girls in schools believes its purpose of “distracting” the other gender, it’s not like the girls wanted to wear it because they like the clothing piece or anything? This example was shown in the film and it was also expanded by comparing two girls in the class (wearing the same top) that one was dress coded because she was built differently. It’s a topic that needs to be talked about more about how outright unfair and disgusting this kind of behaviour circulates around high schools and on the school's behalf, these standards don’t stem from the students themselves. In this film, they cover a lot of issues that young girls have to put up with and a big part of the plot was fighting the stereotypes and being treated the same as the boys. As a part of the film's storyline, there was a big part in the movie where some of the male students had made a list, this list put the girls in categories and stereotyped them for the rest of the year. All this being against their will as well as making them upset and degraded.

There was also the topic discussed that in sport, the girls couldn’t compete with the boys. There was a competition for Student-Athlete Ambassador which involved winning a scholarship and it hadn’t dawned upon them that the captain of the girl's soccer team could be nominated. The girls stood up for the female representation and tried their best to get her to win. Standing alongside Moxie to get her to win.

Students were beginning to receive punishment for this group when nobody took responsibility for its actions. They walked out during class as a protest for not listening and began a march at the end of the film where Emma stood up and claimed that she started Moxie. Nobody suspected it though because she had been stereotyped and labeled as the “nice but quiet” girl. Although unrealistic and unlikely to happen out of this film, it’s a great standard to set and an idea to put out as a way to stand up and speak out against discrimination and inequality. It represents how important it is to protest for what you believe in, especially if it’s about equal rights and fighting for being treated better by not only male students but by members of the school who don’t listen to the complaints and cries of the female students. 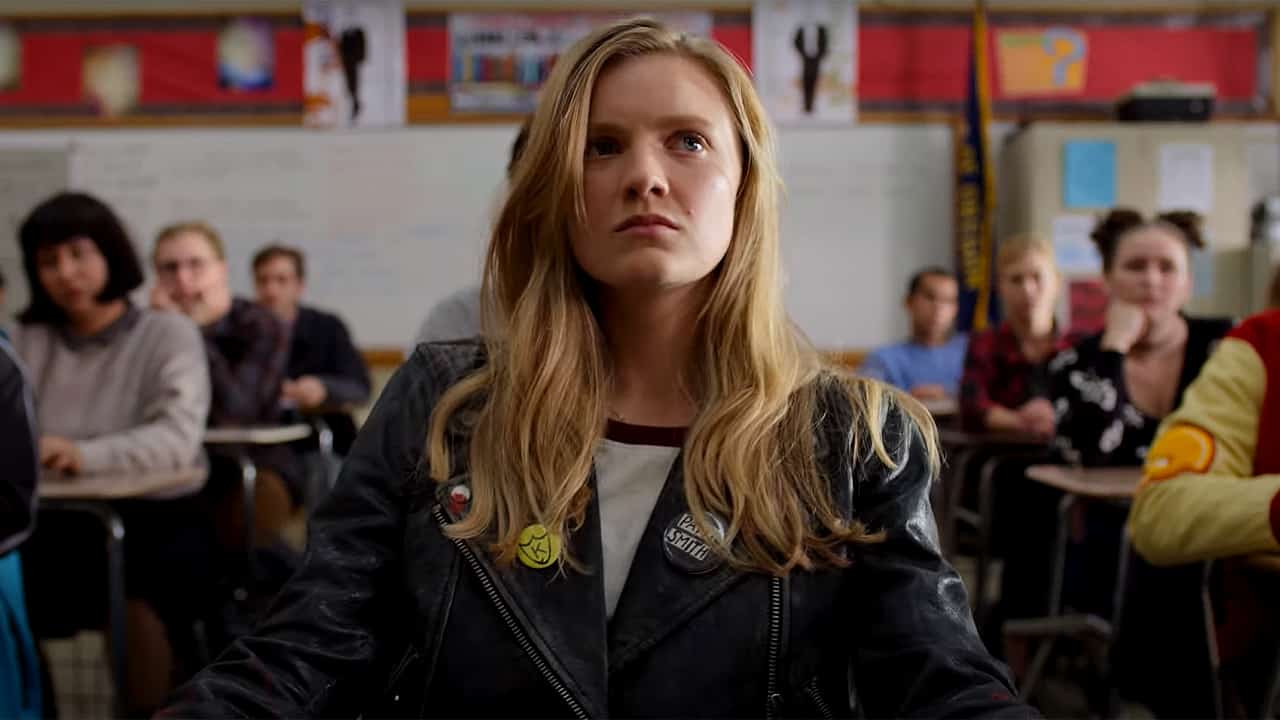 The message in this film is great and while dramatic and cheesy it’s still portraying and spreading awareness to issues that are being begged to be spoken about. Critics and advocates may say that Netflix didn’t make it realistic enough or it wasn’t a great film for advocating women's rights. At the end of the day, Netflix produced a film that spreads awareness and it’s films like these that get people talking about those issues that were brought up. If you look past the portrayal and look at the message it’s an important one, now especially being in a certain generation where young women can stand up and speak out.

To produce any film involving a topic so important it would be hard to make it liked by all, especially to those who can’t relate. What those critics and people who have voiced their opinions on the film don’t understand is, have they experienced what they are writing about? Most likely not! Those critics and those speaking poorly of the director's work, Amy Poehler will not and do not understand being a young woman in this day in age. How many of them are teenage girls who have to put up with these problems? This movie was barely sugarcoating what gender discrimination is like. As well as launching the powerful idea of starting a feminism revolution among young girls who want to fight back and feel more powerful; instead of feeling useless and weak.

Young girls around the globe will fall victim to gender discrimination and the more it’s spoken about and the more people do about it will change the ever-changing feminism revolution. There's no denying that this film has its flaws, but what film doesn’t? To speak about this topic and be able to make it sadly relatable to this generation of teens with social media and the real and serious displays of inequality make it a part of solving the ongoing problem.