With famous nepotism babies such as Lily-Rose Depp and Maya Hawke rising in popularity, we've seen an equally growing rise in a new aesthetic revolving around their affluent lifestyles. On TikTok, in particular, the public is curious to know how to be just like them— or live like them, at least. From the clothes they wear to the books they read, it's as if everybody and their mom want to be a nepotism baby, reading Slyvia Plath while drinking 19th century wine in their billion-dollar loft overlooking Central Park.

Treat this article as your “nepotism baby reads bible.” Together we’ll explore the recent titles of the nepotism babies we love to hate, and how to read just like them. 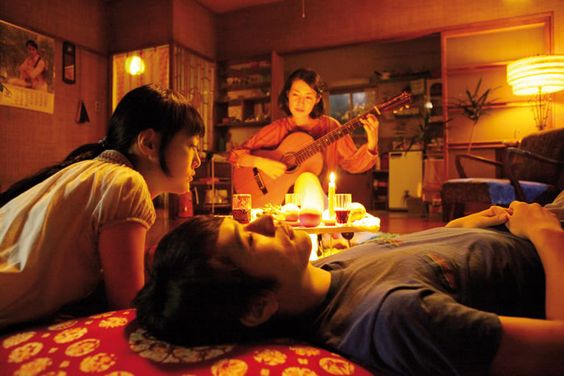 Haruki Murakami is a world-renowned author who has captured hearts and minds for decades. One of the many fans of the Japanese author is Lily-Rose Depp, daughter of American actor Johnny Depp and French singer Vanessa Paradis. In a 2021 Vogue interview, Lily-Rose mentioned Men Without Women, a series of short stories written by Murakami, as one of her lockdown reads. Furthermore, in another Vogue interview, this one from 2016, she referred to Murakami's Norwegian Wood as "the best book she's read."

Haruki Murakami's 2014 collection of short tales, Men Without Women, was translated and released in English in 2017. The stories explore the lives of men who have lost a significant woman in their lives, typically at the hands of other men or by death himself. Like every other of Murakami’s works, the book is full of wry humor strung together to reflect the stories hidden in the mundaneness of our daily lives.

Haruki Murakami's novel Norwegian Wood was published in 1987. The piece is a sentimental tale of grief and sexual awakening. It follows Toru Watanabe as he looks back on his days as a college student living in Tokyo. Murakami perfectly entwines us in the life of Watanabe and his fascination with two very different women, the gorgeous but emotionally tormented Naoko and the extroverted, energetic Midori. Norwegian Wood is a fascinating tale of a young man’s first, hopeless, and heroic love.

Here are a few other pieces of literature written by Murakami that I believe are worth checking out: 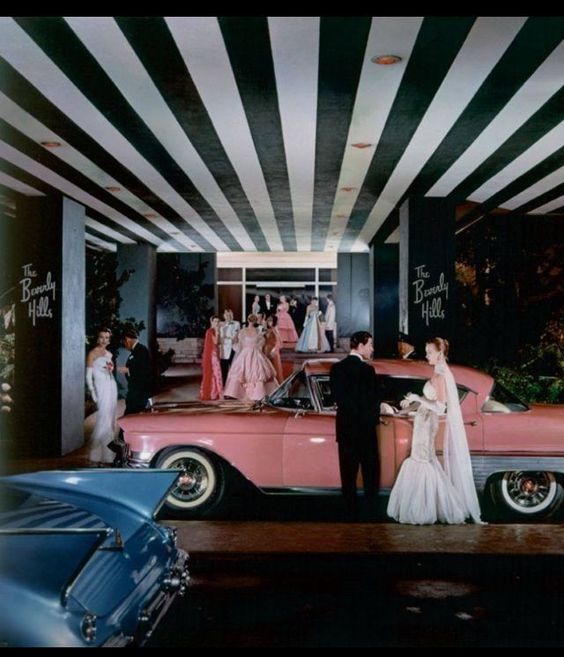 Literature, time and time again, seeks to tell grandiose tales behind the blinding lights of Hollywood. It's no surprise that stories of broken actresses, struggling artists, and merciful victims of fame captivate those born into the spotlight. Emma Roberts, daughter of American actor and Julia Roberts' brother, Eric Roberts, told US Magazine that she admires Joan Didion's work, particularly Play It as It Lays.

Play It as It Lays opens with an internal monologue by Maria Wyeth, a 31-year-old actress. The rest of the story is told in the third person throughout eighty-four chapters of Didion's trademark terse and highly visual style. The novel opens in a psychiatric hospital in Los Angeles, where Wyeth is recovering from a mental breakdown. A somewhat gruesome depiction of life in Hollywood follows. Didion's late 1960s Los Angeles is a mingling of grime and glitz. Wyeth’s tale alternates between exhilarating and mundane as her acting career stalls and her personal life crumbles.

Here are a few other pieces of literature about Hollywood that I believe are worth checking out: 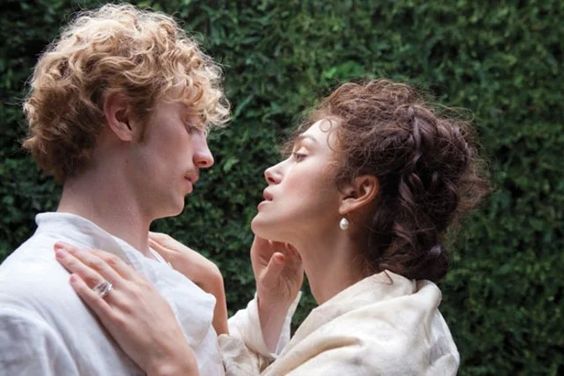 Russian literature has given us many of today’s most beloved classics. Nepotism babies, like the rest of us, have been enthralled by reading and loving its absolute best. Maya Hawke, daughter of American actor Ethan Hawke and American actress Uma Thurman, told BuzzFeed Celeb in an interview with puppies (the cutest interview, if you ask me, BTW) that she loves Leo Tolstoy's Anna Karenina. Additionally, Dakota Johnson, daughter of American actor Don Johnson and American actress Melanie Griffith, has spoken multiple times of her love for Vladimir Nabokov’s Lolita.

Anna Karenina, often regarded as the world's greatest piece of literature, gives the reader a peek into contemporary Russia and mankind in general. It is a complicated piece, as the novel is divided into eight sections with over a dozen characters that span more than 800 pages (depending on translation and publisher) and is normally published in two volumes. The story follows Anna, a cultured lady who abandons her meaningless life as Karenin's wife for an extramarital affair with Count Vronsky. Scandalized by the social circles of Saint Petersburg, the young lovers are forced to flee to Italy. They return to Russia, however, with their lives further unraveling into a complex thread.

Lolita is known for its controversial narrative. Humbert Humbert, the protagonist and untrustworthy narrator, is a French middle-aged literature professor who is enamored with American 12-year-old Dolores Haze, whom he nicknames "Lolita." Humbert molests Dolores after becoming her stepfather and kidnaps her on a cross-country road trip, which he defends as an act of love. Lolita is a memorable masterwork of obsession, delusion, and passion. It is hilarious, colorful, heartbreaking, and full of creative word play.

Here are a few other pieces of Russian literature that I believe are worth checking out: 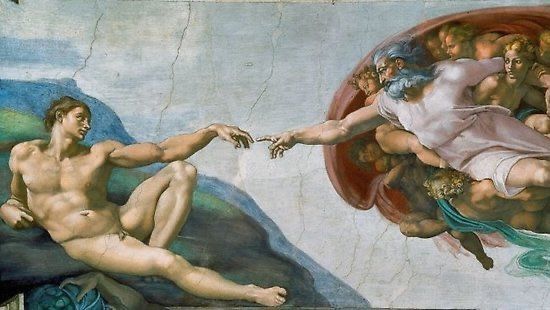 Socrates once said, "The unexamined life is not worth living." Nepotism babies, despite their godlike social and financial status, are just like the rest of us: desperate and in search of meaning. Gigi Hadid, daughter of Dutch-American former model Yolanda Hadid, was spotted carrying a copy of The Stranger by Albert Camus.

The Stranger, also known as The Outsider, is the story of an ordinary man who is accidentally entangled in a senseless murder on an Algerian beach. Weeks after his mother's burial, Meursault, the protagonist, murders an Arab man in French Algiers who was embroiled in a quarrel with one of his neighbors. He was tried and convicted of murder. Through Meursault, Camus examined what he termed "the nakedness of man faced with the absurd." Its premise and approach are frequently mentioned as illustrations of Camus' philosophy, absurdism in combination with existentialism; nevertheless, Camus expressly rejected the latter epithet.

Here are a few other pieces of philosophical literature that I believe are worth checking out:

5. Something from Kaia Gerber’s book club 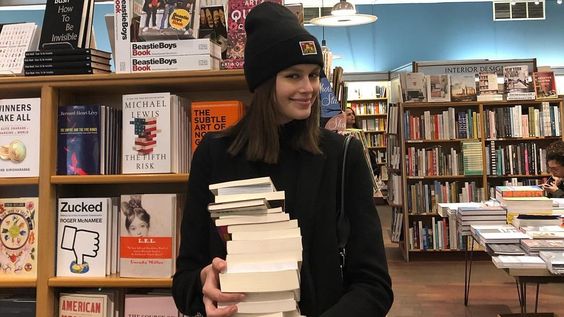 Kaia Jordan Gerber, daughter of American model Cindy Crawford, is known for multiple things, amongst them her beauty and her brains. Back in March 2020, Gerber launched a book club, and now continues to be open about her love for literature. A few of her recent reads are Crying in H Mart by Michelle Zauner and Trick Mirror: Reflections on Self-Delusion by Jia Tolentino.

Crying in H Mart is a raw, emotional memoir of growing up as a Korean American, mourning the loss of one’s mother, and walking the tightrope of defining one’s identity. In this magnificent story of family, food, tragedy, and endurance, Michelle Zauner reveals herself to be far more than a talented singer, composer, and guitarist. She tells her story of growing up as one of the few Asian American kids at her school, dealing with the high expectations of her mother, as well as the cherished months spent in her grandmother's cramped apartment in Seoul, where she and her mother would bond late into the evening over steaming plates of food.

Trick Mirror is an illuminating and memorable journey into the river of self-delusion that flows beneath the surface of our lives. This is a book about the pressures that mold us and how difficult it is to see ourselves clearly in a self-centered world. In each essay, Jia Tolentino explores the cultural lenses that have shaped her in every which way: the rise of the nightmarish social web, the requirement that everything, including our bodies, must always be efficient and beautiful until our last breaths, and many more.

Here are a few other pieces of literature that Kaia Gerber has mentioned reading and I believe are worth checking out: 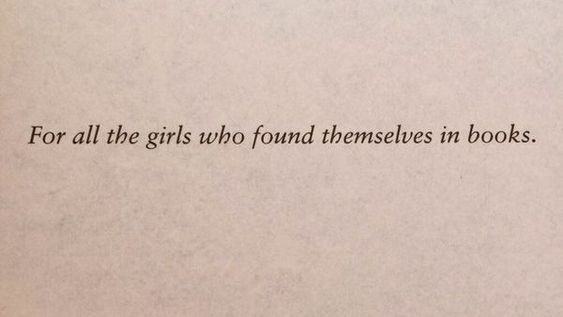 Reading is a spiritual experience that allows people to explore a different world, far more avant-garde and poetic than our own. Despite how fun it is to pretend to be nepotism babies while flipping through complex classics, we must never forget to spend time reading books that speak to our soul, not other people’s. Hence, I wished to take time to write to you about the beauty of finding a book uniquely yours. Look through Open StoryGraph, scroll through BookTok, or even try out the books I’ve listed earlier. Do whatever it takes to find a book that perfectly fills your heart with joy (or depression, depending on the book).

Here are a few pieces of literature that I personally hold close to my heart and that I believe are worth checking out:

May you discover your own list of books that you can proudly declare as yours.