The vitality, the perpetual conversations, the Aegean breeze. Walking down the streets of the Ancient Agora of Athens. People roaming, a sense of congestion. Voices, deriving from different men, different corners of the Agora, echoing. The wisest men in history all breathing the same air, roaming the same streets; they just do not know the significance of their being yet, and they never will. Ideologies, establishments, theorems that have stigmatized human history are being discussed, formed-right here and now. Hidden in the marble city, the wise men and their perspicacity; the place where casual conversation turns into history. Yet something is missing from the scenery. Women.

The History of Feminism

Feminism is the sociopolitical movement that advocates women's rights on the grounds of the equality of the sexes. According to Martha Rampton- professor of history and director of the Centre for Gender Equity at Pacific University- feminism subsists of three core waves.

The first wave spans from the 19th and early 20th century and focuses on women's right to vote.

During the 1960s and 70s, the second wave of feminism occurred, when the women's liberation movement for equal legal and social rights surfaced.

Lastly, the third wave of feminism, dating from the 1970s to today, aims to destigmatize women's standing in society and redefine womanhood, gender, beauty, sexuality, femininity, and masculinity, among other things. While all these waves have been immensely advantageous in the fight for change, let us take a closer look into where it all began, 1848.

The Beginning of Feminism

The proliferation of the feminist movement traces back to the nineteenth century, formally beginning in 1848 at the Seneca Falls convention, when 300 men and women rallied in advocacy of women's rights.

To comprehend the problem and effectively ameliorate gender discrimination, we must first acknowledge and discuss the origins of this behavior. Where and how did this all start?

Ancient Greece. Where democracy born. Where Socrates and Aristotle lived. Where the Oddysey and the Illiad were written. Where civilization developed. A single place so impactful on human history. Yet there is a hidden side of Ancient Greek culture. Slavery, misogyny, mistreatment. We glorify the heroes of ancient Greece and overlook the mistreatment indoctrinated in society.

Classicist Mary Beard couldn't have conveyed it better than she does in the book "Women and Power". Studying a scene from the Odyssey, Beard discovered a line addressed form Telemachus to his mother Penelope reading: "Return to your room. Public speaking is for men"; unleashing the historically silenced mistreatment of women and their relationship with power in ancient Greece. And there is much more where that came from. 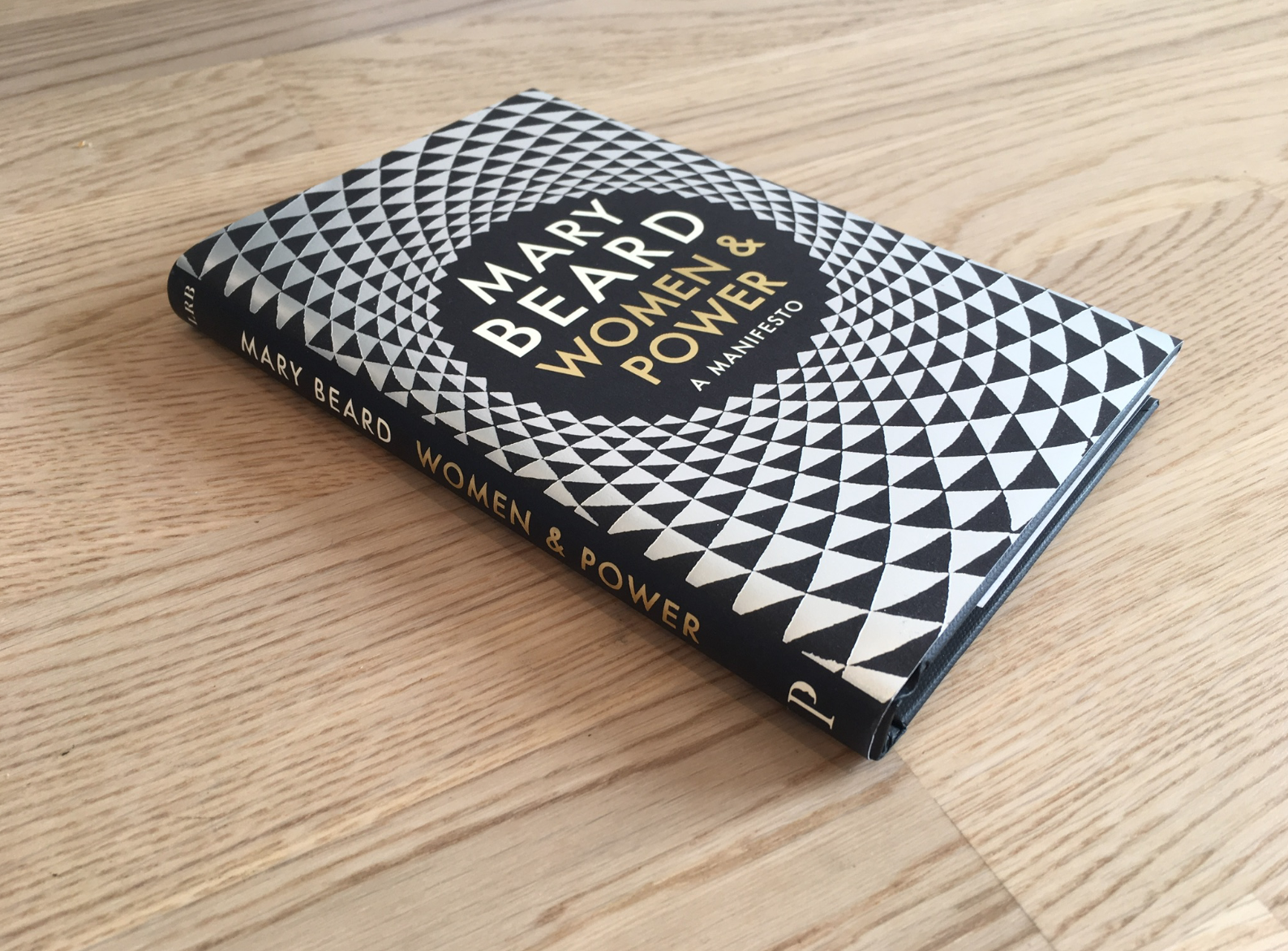 The Role of Women in Ancient Greece In the eyes of the law, women were possessions of their husbands. They were to occupy themselves indoors with domestic duties and other indoor activities such as wool work and weaving. They were allowed to visit the homes of friends and attend religious festivals and ceremonies. However, contact with men, other than their husbands, was condemned.

They were prohibited from partaking in public assemblies, votes, and public office. Women's names were not to be mentioned publicly. Even the most radical philosophers, such as Aristotle, elucidated the belief that women were incapacitated of making their own decisions.

The goal of a girl’s education was to prepare her for her role in rearing a family & not to stimulate intellectual development.

Unable to vote. Unable to attend school. Unable to own or inherit land. Unable to work. This was the profile of a woman in ancient Greece. These restrictions regarding women's standing in society remained unbothered for a great portion of history. And it all dates back to ancient Greece.

Misogyny runs deep in greek blood. I can sense it around me. Men discriminate against women. Women consider themselves insufficient. The vicious cycle of gender discrimination in Greece has silenced generations upon generation of women to refrain from demanding change. But we will not be silent. Not any more.

I can sense gender discrimination in my environment. The way teachers treat girls. And fathers groom their sons to take on the family business and girls to marry rich. The way mothers suffer silently in the shadows of their husbands. The way leaders are always men. And women are always there to assist.

And statistically, this sense of discrimination is well-reflected.

A recent study by the European Commission under the title: "2018 Report on equality between men and women in the EU" exhibits just how deep these misogynistic beliefs run.

The gender employment gap in Greece is at 19%, being the third highest in the EU.

When asked if the most important role of a woman is to take care of the home and family, 69% strongly agreed.

Women also have a diminutive role in leadership. Greece has the fifth-lowest women participation in government, with only 17.4% of the government being comprised of women.

Treat them that way.