*Spoilers ahead for seasons one and two of Euphoria

Since Euphoria aired in 2019, viewer's attention is drawn to the series’ no-holds-barred approach to displaying the life of today’s teens. Whether it’s the not-so-glittery world of drug addiction, the teens’ questionable decisions, the exaggerated partying, or the series’ record-breaking uncensored content, Euphoria has got fans, professionals, and critics worldwide exchanging opinions in regards to this HBO show. But what about the opinion of a Gen-Z teen?

For those not in the know, Euphoria is a dark drama that follows unreliable and unstable narrator Rue Bennett (played by ex-Disney star Zendaya) and her classmates through their junior year at East Highland High. The two-season mini-series documents the teenagers' struggles with identity, loss, addiction, relationships, and mental health. The show is based on an Israeli TV series of the same name and influenced by the writer and director, Sam Levinson's, teenage years and personal experience with drugs. 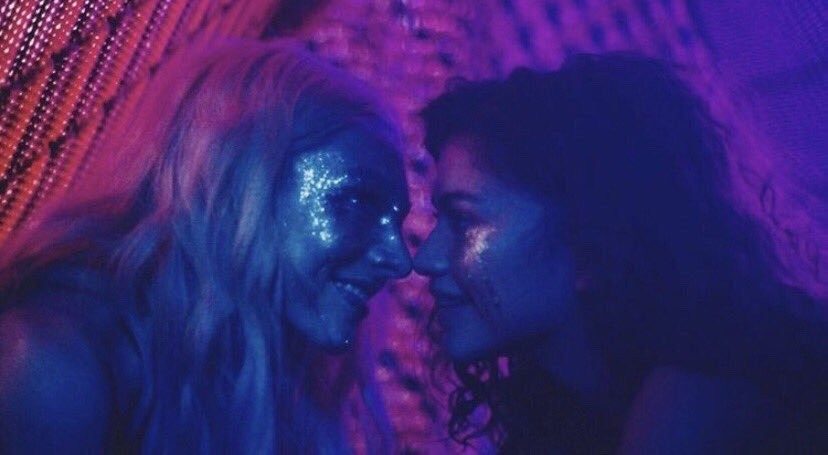 Euphoria provides an honest and raw look into many taboo topics, one of the more predominant of which being substance addiction. Despite accusations of the show romanticising Rue and the supporting cast’s relationships with drugs and alcohol, it’s hard to see how any audience mature enough for the content could view the subject matter as being idealised. For adults concerned that Euphoria may be a glamorous gateway for their impressionable teens into a world of substance use and abuse, it is more likely to be a sobering reflection of the harsh reality of active addiction and living within it. I personally found the scenes of alcohol and substance use to be both intense and raw. Several moments left me questioning and criticizing Rue's decisions and qualities as a character, only to then feel waves of sympathy and the utter devastation of watching someone you are emotionally connected to struggling.

Take Season 2, Episode 5 ("Stand Still Like the Hummingbird") as an example. After she can’t find a suitcase of drugs, main character Rue spirals into a fit of rage and threatens her mother and sister, even becoming physically and verbally violent, in a scene that draws a parallel to The Basketball Diaries. The whole episode is devoid of the neon glitz the show is known for, depicting her withdrawal as nothing short of devastating for an audience that has watched her ongoing struggle. Other less-than-glamorous aspects of Rue’s substance abuse include her hospital stay, her withdrawal pains, and her flashbacks to her overdose pre-series. Indeed, a large portion of Rue’s character arc involves how her addiction affects her family. This echoes the voices of countless teens across the world who have watched family members spiral and have been powerless to stop it. It's hard not to feel emotional when witnessing the impact on others while also having compassion for the antagonist. Even Season 1, Episode 9's one-off Christmas special focusing on Rue ("Trouble Don’t Last Always") is free from the drama and thrills that saturate the usual Euphoria episodes, centering instead on her dependence on narcotics. Despite being shrouded in sadness, it remains one of my favourite episodes due to the honest dialogue and humble setting with both the complexities and simple truths of a character lost in their own life.

The characters are where Euphoria really shines; all are a complex blend of strengths and flaws and are all developed characters in their own right. I enjoyed the process of learning the traits of each one, and it's difficult not to feel like you know them personally. Though the series draws attention to their weaknesses, it's hard to watch their stories unfold on-screen without sympathy, or at the very least an understanding of the things they do. There’s no character you can love or hate fully. Each character is a villain in someone else’s story and a victim in their own. In an attempt to explain their self-destructive behaviour and justify their vices, the show also allows for various episodes to focus heavily on the history of several other main characters. Regardless if it was their parents’ divorce or social alienation, the Euphoria teens find a way to cope with the pain that life has put them through in different and oftentimes damaging ways. 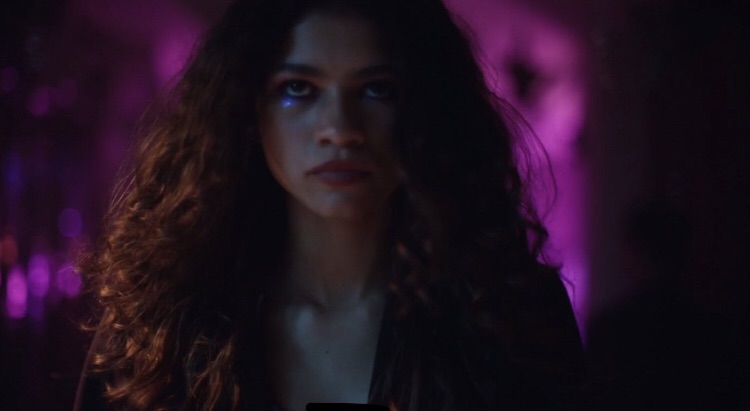 Aside from Rue, there are a couple more characters which appeal to fans for different reasons:

Lexi (Maude Apatow) is often cited as the most "normal" or the easiest to relate to among the main cast. Level-headed, clever, and loyal, often earning the "favourite" status among fans. The main thing that stands out about Lexi is the fact that she doesn’t. In a show filled with primadonnas and party-goers, Lexi is surprisingly grounded and humble. She serves as the audience's surrogate and is representative of a lot of teens' high-school experiences. Anyone who has ever lived in the shadow of a sibling or friend can almost definitely see parts of themselves in her. However, Lexi, like all of the show's characters, is not without her faults. Her insecurity and jealousy towards others, stemming from her turbulent home life, is most noticeable in the final episodes of the second season.

Another beloved character among viewers is Jules (Hunter Schafer), a transgender teen. The series begins with her moving to the town in the summer after her parents’ divorce. Although most of the main cast have centric episodes, she and Rue are the only ones to have one-off specials. Her episode serves as a character study that focuses on her struggles with identity. Season 1, Episode 4 ("Shook Ones Pt. ll") shows her background of self-harm and gender dysphoria. Many of the show’s regular viewers who identify as part of the LGBTQ+ community have praised the complex and multidimensional portrayal of a transgender character, with actresses Rain Valdez and Trace Lysette applauding the show. Although Jules’ gender identity and transition is discussed, it’s only a fragment of her character arc. Her creativity and ambition are what attract her fanbase. For me, she is an example of someone stepping into their own power and knowing what they are capable of. That can be hard in a typical teenage setting, but not impossible. 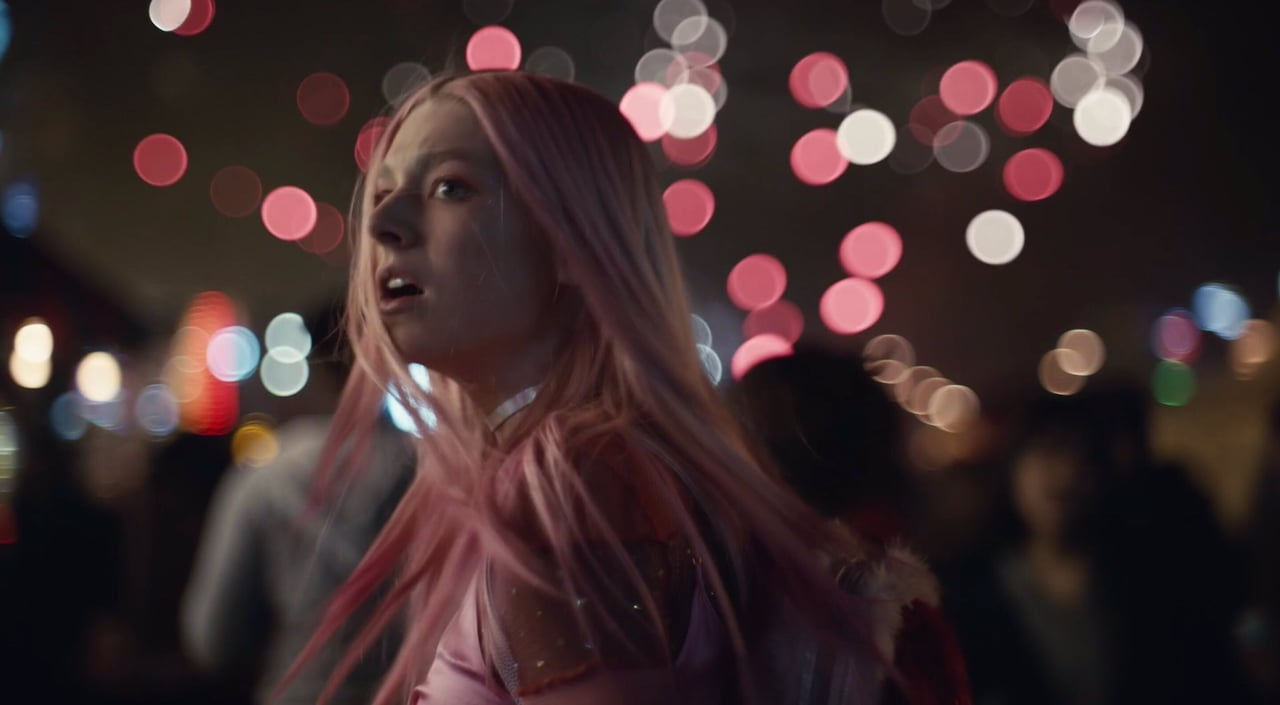 The first season of Euphoria provided the viewer with a bright, shiny introduction to the characters with enviable social lives and endless parties and, in season two, the morning after the night before is all too real. The invincible feelings and never-ending highs are replaced by the harsh reality of the consequences that await the teens, the glitter and glitz turned to grit and grime. The electric world has become darker and more corrupt. Even Labrinth's soundtrack transitions to more melancholic gospel music, creating an entirely different soundtrack to a dance where no-one knows the next step.

Euphoria fans were left with several burning questions about their favourite characters after a chaotic season two finale, which aired on February 27th of this year. Season 2, Episode 8 ("All My Life, My Heart Has Yearned For a Thing I Cannot Name") was filled with loose ends and cliffhangers that viewers hope the show's third, and possibly final, season will resolve. The episode was a continuation of Season 2, Episode 7 ("The Theatre and Its Double") and centred around Lexi's self-produced play. Euphoria's third season is expected to be released late 2023 or early 2024.

While the show has several exaggerated parties, fights, and plays, it certainly captures the adolescent melodrama of your entire world revolving around the gossip of your social circle. It also represents real issues faced by the high schoolers of today, which is something many teen dramas currently on-air fail to do. Whether you find the series a little too far-fetched for the teenage protagonists or not, Euphoria has the tagline “feel something”, and in that I feel the series succeeds completely.