The covid-19 quarantine led almost everyone to try out things they never thought they would and many of us ended up hopping on to the K-pop train. The second half of the 2010s was a critical time for the Korean music industry because of the immense attention it gained internationally. The language barrier never became a problem for anyone and K-pop gains thousands of new fans every single day.

K-pop’s glory will probably not be fading out any time soon. But under all the glamour and glitter, it is a frightening, oppressing industry plagued with mental illnesses. This fact often doesn’t come out to be a surprise to anyone because any industry that thrives, be it Bollywood or the western industry, has its demons deeply rooted which can be found just if anyone digs enough.

Anyone who dreams to be a K-pop idol has to be prepared for what comes next — an extremely rigorous auditioning process for several companies, continuous long training hours without many breaks. This training is not for anyone mentally weak or it may leave you extremely depressed and anxious.

The audition is usually only open for anyone between the ages of 12-16 simply because selected trainees have to look forward to years of training. This training period can be as short as a few months or as long as 7-8 years, though both of which are unusual. An average trainee trains for 2-4 years. 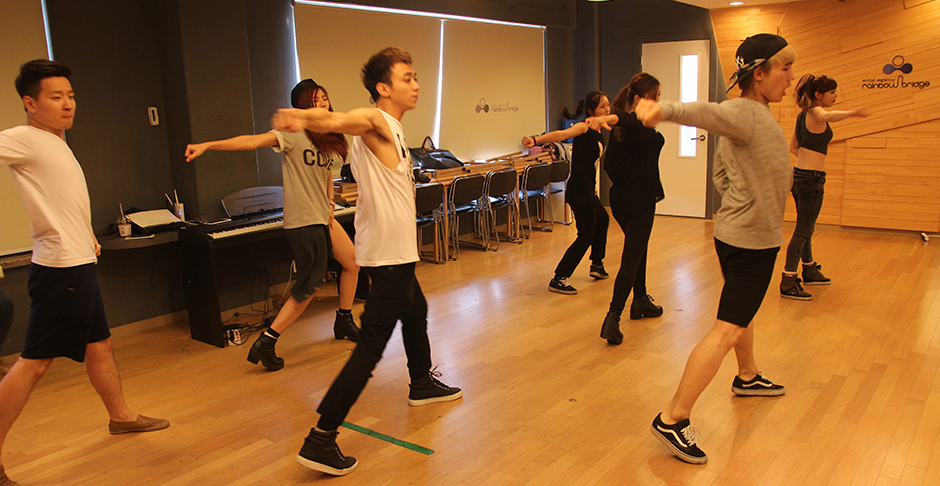 This compulsory training tries to perfect them in almost every way. Interacting in interviews, singing live while performing extremely difficult choreographies, rapping in a flow that leaves you breathless, perfecting every single millisecond and every single movement in different types of choreographies, doing likable aegyo, and the list goes on. Foreign trainees are also given Korean lessons to perfect their vocabulary and pronunciation.

In the monthly evaluations and rankings of the trainees, every trainee is subjected to harsh comments from the mentors and constant negative criticism. Trainees may also be fat-shamed and asked to get plastic surgery all in the name of making them perfect.

Momo from one of the most famous girl groups, TWICE has previously spoken on how she resorted to sucking on only one ice cube per day for a week or two to make sure she would be able to debut. Even her members spoke about how worried they were for her health since she was so pale as if she were dying.

“I ate one cube of ice, but I thought that I might get fat with even that. That was what I did, but I didn’t lose 7 kg by the D-Day, so they gave me about three more days.” — Momo, TWICE 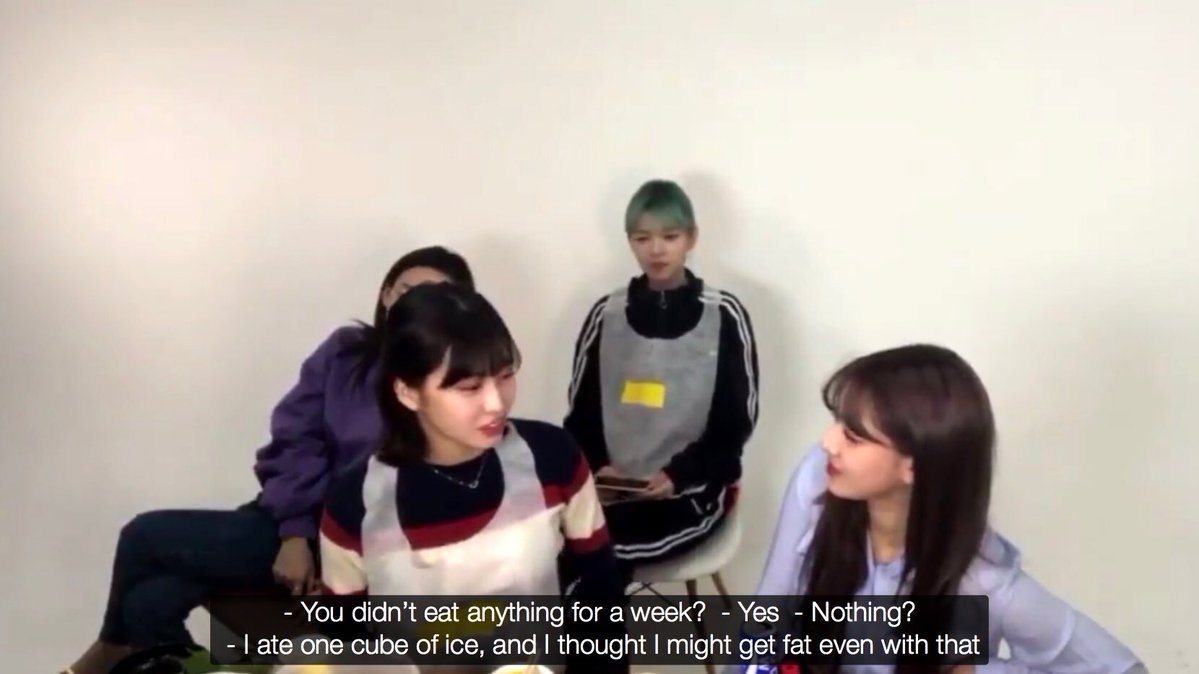 Even after going to such extremes, some trainees aren’t even able to debut. None of the trainees are sure what will happen to them or if they would even be able to debut. Sometimes, trainees are thrown into trainee survival shows where only a handful of the original trainees would debut and the rest would most likely go home. This is of course done so the company can capitalize on the trainees even before an official debut.

Their Struggle to Earn

In the K-pop industry, there exists a concept of ‘trainee debt’ which is similar to student debt. Even after debuting officially, not all problems of the members are gone as they can have a very high trainee debt of up to 500,000 USD or even more in some cases depending on how long the training was and the company. 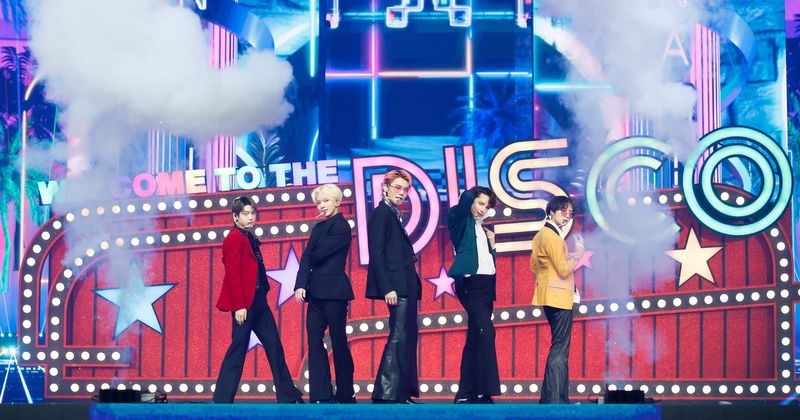 While there are some companies like Bighit Entertainment where such concepts don’t exist and idols start earning the result of their hard work right after debut, most companies keep troubling their idols to pay them back as soon as possible. If a group isn’t able to make enough profit to pay off the debt, the company might even disband them. Some idols have to work part-time jobs because the company doesn’t pay them enough. While some companies have the smallest decency of paying their idols part of the profit, some companies never pay their idols and mismanage them until their trainee debt is paid off.

There is also a huge pay gap in the industry where in the top 1% of male and female idols, males averaged $2.28 M but females only averaged $1.35 M. (statistics from South Korea's national tax service’s report)

No industry is a stranger to sexism and the k-pop industry isn’t an exception. Following up from the wage gap, double standards are very prominent in this industry. While every idol is subjected to some level of exploitation, female idols are usually the ones facing a higher level of exploitation especially when it comes to their pay and judgment of their private lives.

Female idols, especially minors, are often sexualized and given stereotypical music video concepts which usually lie in the spectrum of ‘badass’ to ‘girl crush’ which may seem wide but really is not. Korean audiences often lose interest in girl groups who experiment and try out different concepts that are more mature like Dreamcatcher or TWICE’s recent comebacks. TWICE’s popularity seems to be decreasing in South Korea as they have been trying out more mature concepts and taking a rest from their usually cutesy concepts. 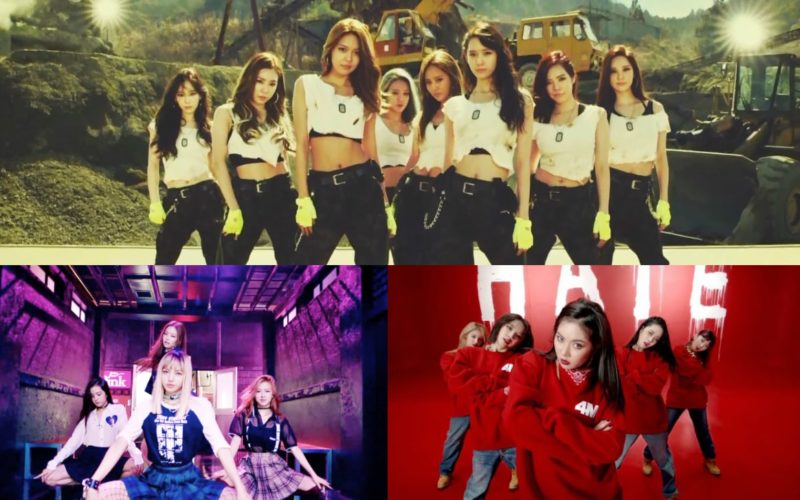 It doesn’t help the situation that their Korean audience can be very narrow-minded too. Female idols are expected to act in a certain perfect way and are criticized way too often if they do anything unusual. There is an excessive amount of slut-shaming present in the industry where it is okay for male idols to act or dance sexy but it affects the audience if female idols do anything remotely sexy. Female idols have often been forced to go as far as changing choreographies and lyrics when performing on national television to not spark any sexist controversies.

Several idols have been ‘accused’ of being feminist and criticized over it. In a recent controversy, Irene from Red Velvet was criticized for reading a best-selling feminist novel ‘Kim Ji Young, Born 1982’ by Cho Nam Joo. Fans were allegedly even lighting her photos on fire after she shared a small review of the book. The book addresses casual sexism practiced in South Korea. Several other idols like BTS’ leader RM and Girl’s Generation (SNSD) Sooyoung were also criticized for the same but Irene seemed to be at the center of this scandal. Another member of Red Velvet, Joy sparked a controversy after wearing a Dior shirt that read ‘We should all be Feminists’. Fans left rude comments on her posts as well as several online forums expressing their clear disappointment in Joy’s actions. Some comments read:

“A girl group has the guts to show they are feminist. All their fans will leave.”

“I think everyone knew Joy was a feminist already. She clicked 'like' on a feminist's post before.”

“She's so selfish, she knows this will cause controversy, but she still chose to wear it.”

Apink’s Naeun also faced an unbelievable amount of criticism when some pictures of her holding her cellphone went viral. The cover on her phone reads ‘GIRLS CAN DO ANYTHING’. Since this phrase is associated with feminism, many fans ‘accused’ her of being ‘turned into’ a feminist.

South Korea is known to have very high beauty standards all around the world. While the standards are also prevalent for the common public, idols have to be even more perfect in every way. They need to have pale skin, big eyes, cherry-like lips, small faces, and the list goes on and on. In an international survey, it was found that South Korea is one of the countries with the most cosmetic surgery.

Looks are often one of the main criteria in idol auditions and are a big factor in the selection process. There have been many times when some random people were asked to audition by the company because of their looks and it did not matter if they had any vocal or dance skills. Some idols have spoken about how ‘prettier’ trainees were given preferential treatment by the company.

Companies often ask trainees to get cosmetic surgeries to ‘fix their imperfections’ in order to increase their possibilities of debuting. While other times, trainees go out of their way to pay for cosmetic surgeries to please the training staff and get a quicker debut even if it is not forced on them. This is all done because companies believe ‘better’ looking idols attract more fans than the ‘average’ looking ones.

There have been multiple times when idols were bullied after their debut for not fitting into the Korean beauty standards. Some well-known examples are Mamamoo’s Hwasa who had darker-skinned compared to most idols, BTS’ RM and J-Hope who were considered ‘too common looking’, Kang Daniel, Eric Nam, and more. 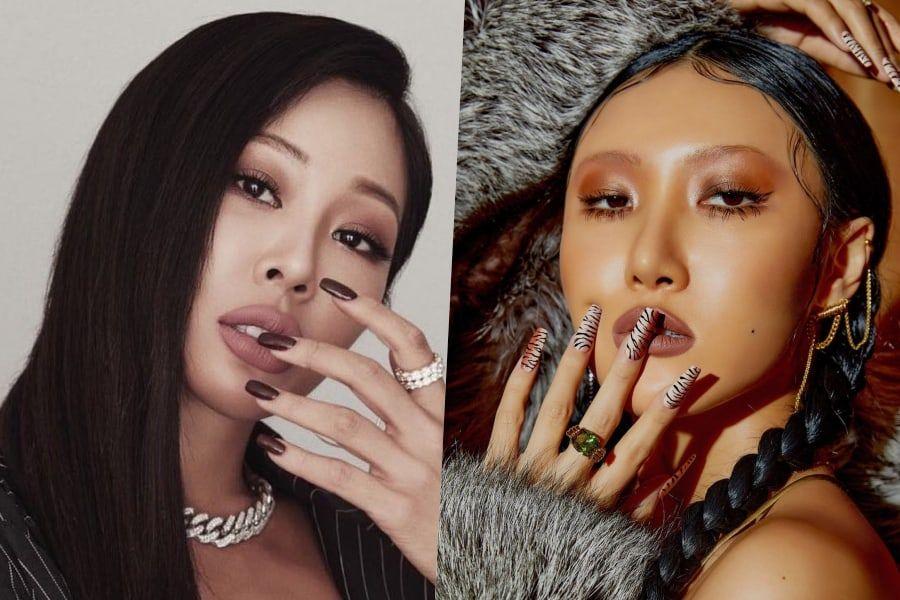 These extremely high beauty standards cannot be any good for the idol’s health as well as young people who look up to them. To be perfect, idols go through a lot and often develop eating disorders, anxiety, depression, and more. There have been strong idols like Mamamoo’s Hwasa, Jessi, and more who have come forward to address this issue and told fans to develop to make their own beauty standard if they do not ‘fit’ into one.

Will this ever come to an end?

The Korean Entertainment industry has grown a lot over the years and with it, it has become a lot more toxic and seems to be more ‘manufactured’ each passing day. The deaths of three immensely loved celebrities from the same industry in a span of less than two years is proof enough that the industry has become very tragic.

Kim Jonghyun (SHINee), Choi Sulli (f(x)), and Goo Hara (Kara) all took their own lives due to depression. Their depression may have been a result of their company’s pressure, bullying from netizens, or more. (Speculating more about their deaths is disrespectful to them.) SM Entertainment never even commented or acknowledged Jonghyun or Sulli’s death thinking it may be bad publicity for them. 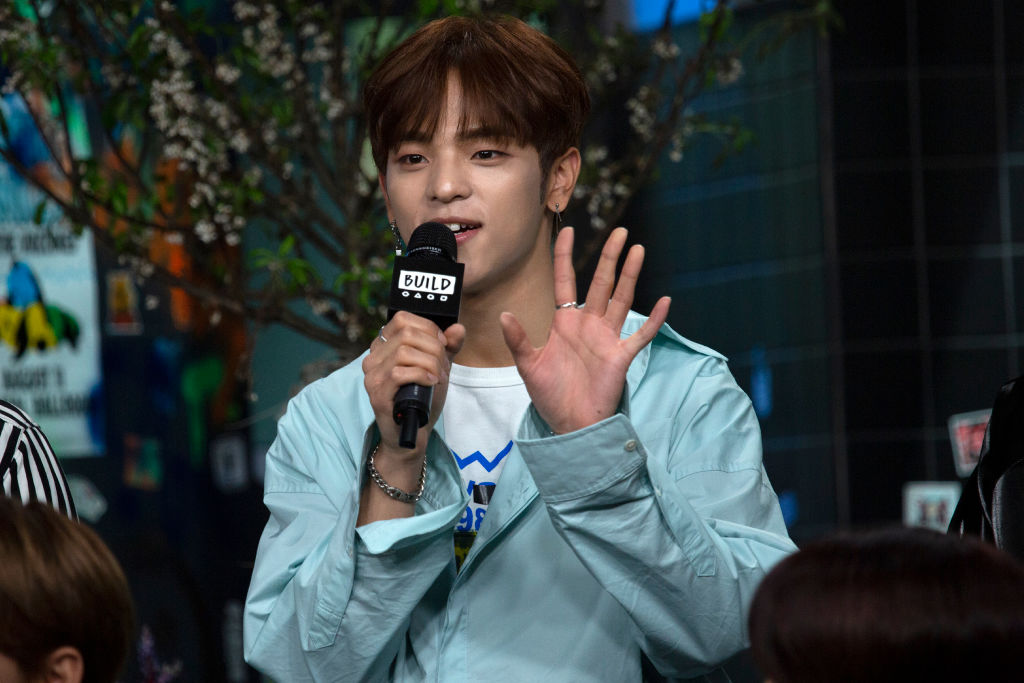 Recently, a new scandal was sparked with former Stray Kids member, Kim Woojin was accused of sexual harassment by some of his former fans. Woojin’s new agency, 10X Entertainment quickly released statements stating they were false rumors. But, upon more research, it was found the agency Woojin was claiming to be a part of didn’t exist and was a fake company made by Woojin himself. It was later revealed Woojin even bullied his younger members while being a part of Stray Kids. 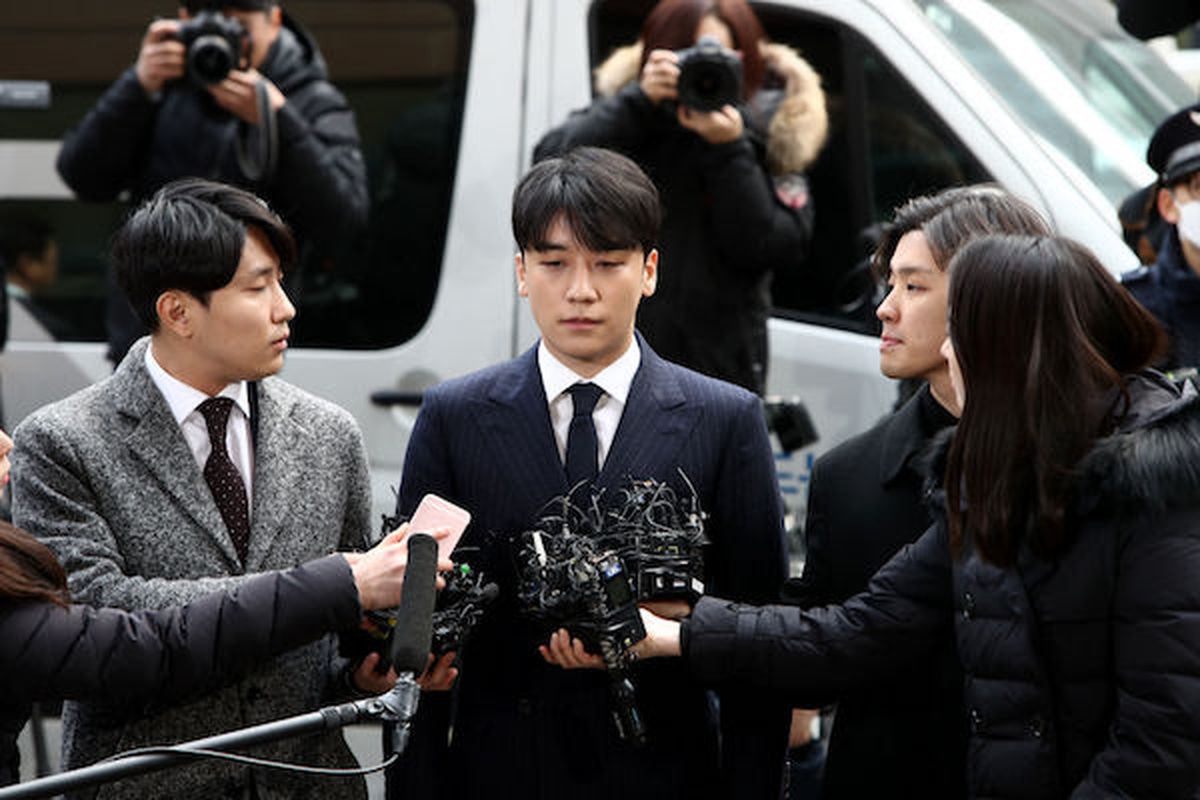 The dark side of the Korean Industry cannot be discussed without mentioning the infamous Burning Sun Scandal. BigBang’s Seungri (South Korea’s Great Gatsby) resigned from the industry after his elite nightclub in the richest province of Seoul, Gangnam was exposed and later charged with sex bribery. The scandal took a turn when another K-Pop singer, Jung Joonyoung confessed to secretly filming himself having sex with a woman and secretly sharing it in a chatroom without the woman’s knowledge.

We can only hope for idols to gain courage and come forward to discuss problems that plague the industry like mental illness, misogyny, exploitation of artists, high beauty and so much more.