We all know that climate change and poverty are some of the hardest and biggest issues that we still have yet to tackle. Nonetheless, there are other equally major issues that often go ignored. 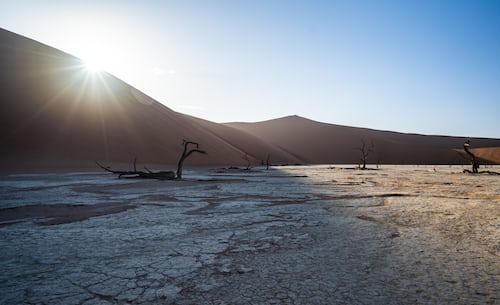 Water is a precious resource, but is not an unlimited resource. Water is available to us through the water cycle. Water on the ground evaporates during hot weather and returns when it rains. However, with climate change and increasingly capricious weather, some parts of the world may experience more droughts and dwindling water resources. Water will not run out, but the reserves of drinkable water may run out. 3% of the Earth’s water is fresh water. Yet, only about 0.55% is accessible to humans. The rest are locked in glaciers, in the atmosphere, or stored as groundwater. When ice glaciers melt, that water is lost to the ocean. Salt water is not drinkable. Ground water is often polluted when pesticides, chemicals, landfill waste, and other uncontrolled hazardous waste seeps into the ground. Water scarcity disproportionately affects poorer or less developed countries. Groundwater is extracted through wells, which may have costly pumping costs. Corruption in countries can also lead to corporations dumping waste near groundwater sources, making groundwater unfit for consumption. Desalination and reverse osmosis are widely used methods to extract from other sources of water in countries that have fewer natural sources of water. Still, those two methods are expensive and require expertise to carry out. Today, over 40% of people globally do not have access to clean, drinkable water. According to UN-Water, 1.8 billion people will be living in regions without drinkable water by 2025. Water scarcity is intrinsically linked to food security. The water footprint of agriculture is 70% of the world’s freshwater. The water crisis is also related to gender equality. The duty of collecting water often falls to women and girls. Globally, women and girls spend 200 million hours daily collecting water, and in some places, they walk an average of 3.7 miles (6 km) to the source of water. This energy and time can be better spent on going to school or earning an income. 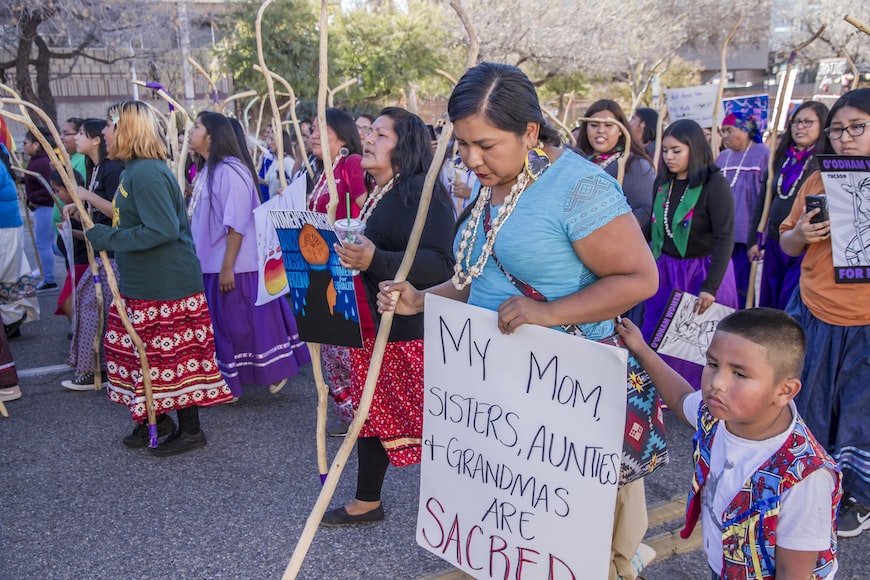 Indigenous communities are found in most countries. Their communities have been damaged by colonialism, but even with more awareness of the negative impact of colonialism today, their fight for equality is an uphill one. Indigenous people make up 5% of the world population but are also 15% of the extreme poor. There are around 370 million indigenous people living in 90 different countries, with 5000 distinct cultures. Their culture is eroding. 40% of the world’s 7000 languages are endangered, meaning at risk of no longer being spoken. Those 7000 languages are largely spoken by indigenous people. In addition, there are 15,000 cultures in the world, many already endangered. The loss of cultural heritage and familial connections add to the burdens on indigenous communities. Genocide of indigenous people is widespread. 40 million indigenous Americans died within a century of contact with Europeans, and the genocide continues, in the form of politics. Genocide does not necessarily take place in the form of violence, it can also take place over decades, with policies that disempower and disadvantage indigenous people. For example, at least one in three Indigenous women have faced sexual assault; the life expectancy of most indigenous people is 20 years lower than non-indigenous peoples; communities may face eviction from their own land because their land remains as government property. These problems are caused by lack of access to healthcare, natural resources, and education. In schools in indigenous areas, basic materials are in shortage and teachers may not have enough understanding or even respect for their cultures. This leads to high dropout rates in school. Efforts to solve these problems are hampered by the exclusion of indigenous voices in politics. 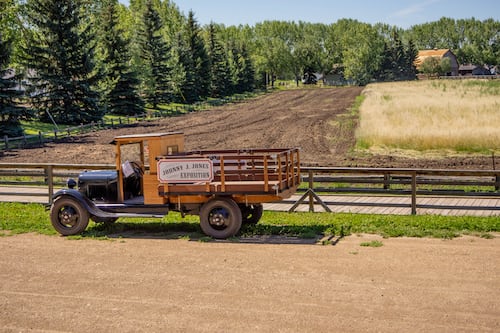 You may think that hunger is only an issue in some parts of the world, but in reality, hunger is everywhere. Hunger is unseen. Hunger does not necessarily mean that a person does not have food. It can also mean that the person does not have food that contains enough life-sustaining nutrients. Snacks and rice are cheap and widely available. Many people with financial limitations turn to them as a source of food. However, snacks and rice do not contain enough nutrients for a healthy life. The issue of hunger is prevalent in marginalized racial groups, especially in countries like the US where systemic racism still lives. For a 'rich’ country such as the US, over 38 million Americans live in households that lack access to a nutritious diet (Alisha et al). That is one in ten households, with Black and Latino families reporting hunger at much higher rates than white Americans. According to a UN report released in July 2021, 811 million people, which is around 9% of the world population, are still undernourished. Just half of this figure is comprised of Asians, with most in South Asia (305.7 million people). In a 2014 study, 69% of surveyors had to choose between food and utilities, 57% had to choose between food and housing, and 31% had to choose between food and school. With income taken up by struggles to put food on the table, there is rarely any leftover money for seeking out a better education or a higher-paying job. Without good housing, attempts at finding better jobs are also more difficult. Food insecurity is also linked to chronic health problems which require professional monitoring. In 2019, healthcare spending in the US reached $11,582, placing even more strains on household income spending. The effects of hunger on individuals and households are far-reaching and dire. Not all work done by children is considered negative. Jobs that do not interfere with their development and schooling, such as earning pocket money or assisting in a family business, are considered to have a positive impact on the child. On the other hand, child labor is defined by the International Labour Organization as ‘work that deprives children of their childhood, their potential and their dignity, and that is harmful to physical and mental development’. The worst form of child labor is classified as hazardous child labor, with jobs like mining or working in sweatshops. The International Labor Organization estimates that 170 million children (11% of the world’s children) are engaged in child labor. Many work in the fashion supply chains to satisfy growing consumer demand in the US and Europe. Children living in rural areas are the most affected. Recruiters convince impoverished families to send their children to work for them in return for better schooling and higher salaries. Of course, all this is a false guise. Children working in these sectors are often subjected to appalling living and working conditions. There is a high chance of health problems or stunted development from working in these environments, sometimes from chemicals and other times from operating machines. The younger children are, the more vulnerable they are to physical abuse. For girls, this may even be sexual abuse. Child labor is akin to modern-day slavery. The cotton fabric your clothes are made of may have been picked by children. Children have smaller fingers than adults, which limits the damage to the crops. In addition, children are seen as low-skilled workers without voices, which makes it even easier to control them. The fashion supply chain is complex and there are many stages of production. Employers are thus able to get away with child labor easily. The victims of child labor may never receive a proper education in the entirety of their lives. They may choose to return to hazardous labor when they have reached adulthood with no other job qualifications, trapping them in a vicious cycle. The geographical areas that child labor is most common in are African countries, followed by Arab states, and then Latin America. The international legal definition of statelessness is “a person who is not considered as a national by any State under the operation of its law”. This means that a stateless person does not have a nationality of any country. Statelessness can occur for several different reasons, including changes in borders, poor application of citizenship laws, discriminatory criteria in citizenship laws, forced migration, and loss of nationality, sometimes simply from living outside the country for prolonged periods of time. Examples of citizenship laws that contain discriminatory criteria is the citizenship law passed in 1982 by Buddhist-majority Myanmar, which rendered the Rohingya people stateless. The United Nations High Commissioner for Refugees stated in 2018 that there are about 12 million stateless people in the world, with most from Asia and Pacific regions. This number is actually higher due to underreporting of stateless persons. In many countries, citizenship determines the cost or availability of healthcare, education, employment opportunities, and property rights. Stateless people do not have a legal nationality and are deprived of these essential rights. Other equally serious effects of statelessness include losing legal protection and voting rights. Hence, stateless people face heightened vulnerability to exploitation, abuse, and trafficking.

14. Ryan Nunn: A Dozen Facts about the Economics of the U.S. Health-Care System, March 2020, The Hamilton Project

15. Theuws, Martje and Pauline Overeem: Flawed Fabrics: The abuse of girls and women workers in the South Indian textile industry, SOMO - Centre for Research on Multinational Corporations and ICN - India Committee of the Netherlands, October 2014 Liew Bei is a writer from Southeast Asia. She is 16, soon to be in the final year of secondary school. She enjoys reading, writing, and making zines in her free time.