Caroline Romano has performed with Kelsea Ballerini and Shawn Mendes; released several songs this year; and is a star in her own right. At just 18 years old, Caroline Romano has grown a loyal following of fans and is an up-and-coming singer/songwriter. We talked to Caroline about her process and her advice to her fans. 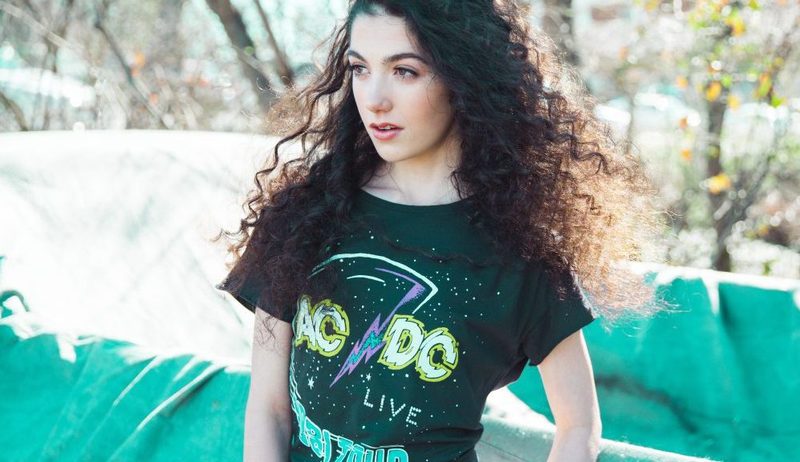 Who inspired you to start your singing/songwriting career?

I can’t really say that there was one person or one artist who inspired me to start a career in music. I’d say it was more of this fire, this calling within me that made me feel like I just had to chase these dreams – or at least try to. There were definitely artists I looked up to who helped to inspire me and give me the courage to keep going. Taylor Swift, Shawn Mendes, Avril Lavigne, 5 Seconds of Summer, and Ed Sheeran were really influential to me when I was just starting out on this journey, and I’ll always be so thankful for their music during some of those tough moments.

Are there any phrases or words you live by?

There’s this quote by Mark Anthony that goes, “And one day she discovered that she was fierce and strong, and full of fire and that not even she could hold herself back because her passion burned brighter than her fears.”

That quote spoke to me the instant I first read it because it’s so precisely on point with my journey and the struggles that go along with it. That quote reminds me that I don’t have the option to give up because it’s not about me. I like to think of it as this dream that is driving me, and I’m just its vessel. It’s not a choice of whether or not to give up when times get rough, because my passions, my dreams, and hopes that drive me will simply not allow it. The fear that slips in at times is but a candle compared to the ambitions that fuel my fire. 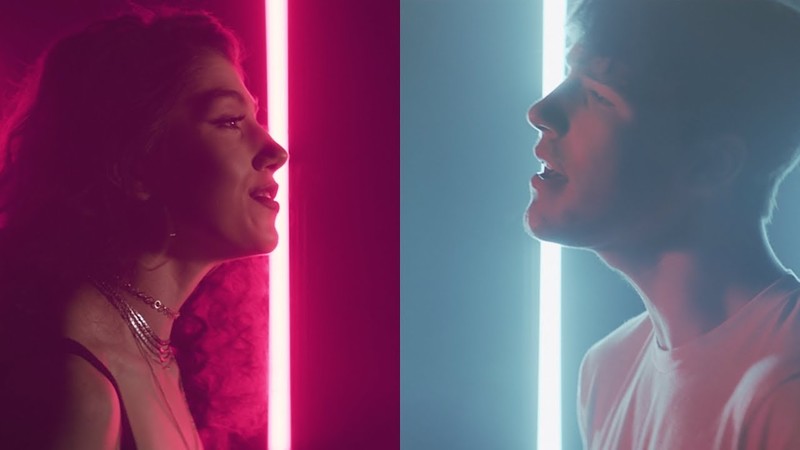 You have opened for many artists, such as Grammy Nominee Shawn Mendes. Have you ever felt nervous being just 18 years old?

I definitely get nervous before I perform, no matter where it is or who I’m performing for. It’s a good kind of nerves, though! They get my blood pumping, and nerves seem to switch on something in my brain that’s like, “Ok, it’s time to do this. Let’s put on a show.” I think most performers experience nerves of some capacity. I will say that I’m much more of a nervous person ordering food at a restaurant than I am singing on a stage!

What is your favorite part of being a singer/songwriter?

That’s tough! There are so many facets to it all, and it’s so therapeutic in so many different ways that it would be hard to pick just one part as my favorite. I love the way that songwriting, and singing those songs that I write, instantly connects me to someone else. I can be writing a song alone in my room on my worst or best days, but when I release or perform that song, someone else is able to feel exactly what I was feeling at the time I was writing it. 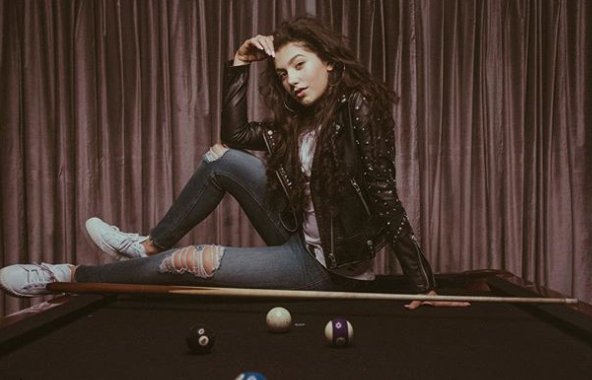 It’s also incredible to me that the music I make can truly brighten up a person’s day and make them feel less alone, even if it’s just for three minutes and thirty seconds. Some of my favorite artist’s music has gotten me through the very worst and best times in my life, and I can only hope that my music will do the same for others.

Is there one artist/group, in particular, you would love to collaborate with?

I think it would be super cool to collaborate with either Ed Sheeran or YUNGBLUD. Those are both artists I completely adore, and they each have a very distinctive sound that is very different from my own!

Where do you see your music career in 10 years?

I always say that I see myself and my career going as far and wide as possible, whatever that may look like. I want to be playing all around the world someday, and I dream of a crowd full of people knowing every word to every song. I’m very excited to see where this can all go, but I’m so grateful that, no matter what, I’ll always have music. Whether I’m alone in my room or on a stage in front of thousands, I know it’s going to be there for me through it all. 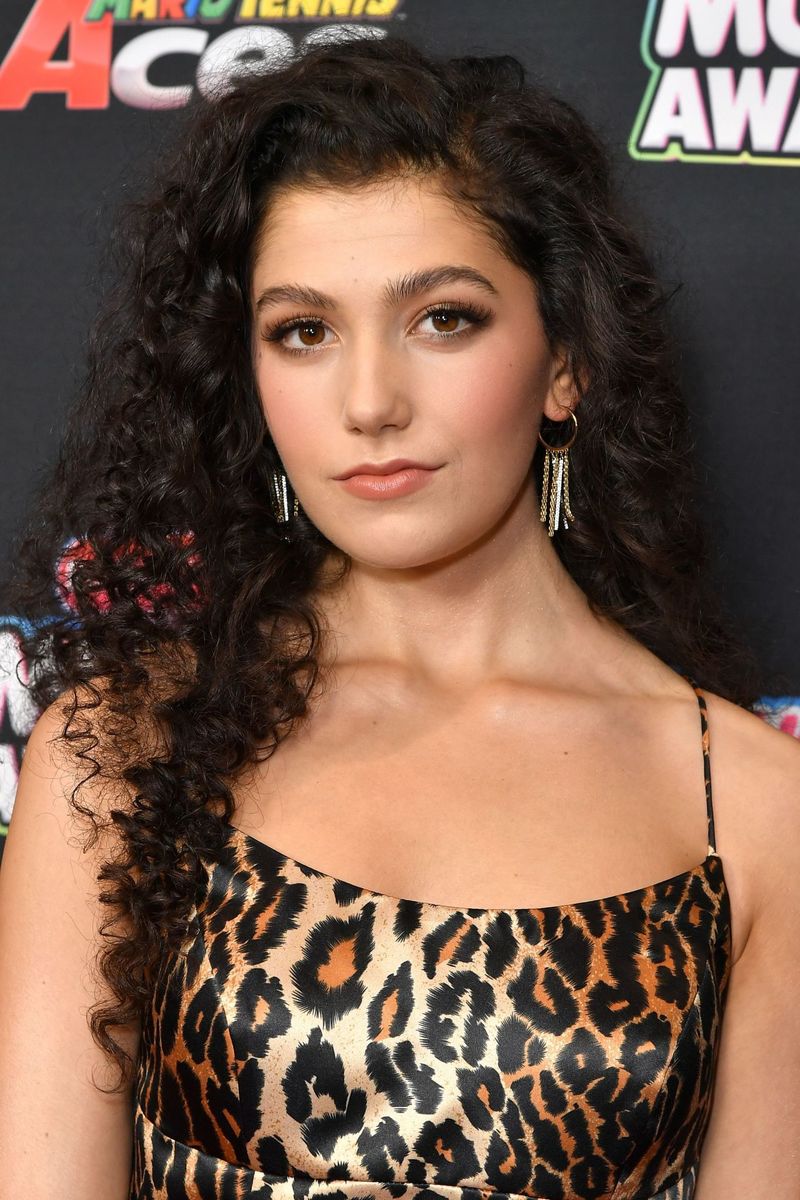 There are many young girls who look up to you as a singer. What advice would you give them as a performer?

Hand in hand with being a young girl and a performer, I think the best advice I could give is to be yourself – and be 100% yourself. From the performing aspect, it is the most freeing feeling in the world to walk out on a stage in front of a crowd and completely own who you are.

The confidence that comes from completely accepting yourself, your mind, your body, and everything else about you is just unreal, and I think it’s a necessary step every performer needs to take. Being a young girl myself, performing has helped me take what I’ve learned about myself on stage and apply it to the rest of my life.

Growing up, everyone is going to tell you who they think you should be, what you should look like, and what you should say or think. It’s so important to ignore those little voices and opinions. It will always be my goal to set a good example to anyone who’s watching me, in owning and accepting who I am.

Can you tell us about your new single "Babysit?" What was your inspiration behind the song?

“Babysit” is a song that I think many people can relate to at some point or another. It’s about the challenges that come with being in a relationship with someone who’s immature and doesn’t treat you right. Those relationships can be exhausting, and it often feels like you have to act as a babysitter to that person. They can be rewarding in the good times, but make you want to pull your hair out in the bad.

For that reason, I wanted the song to have a lot of tempo changes, highs, lows, and, overall, many layers to represent the roller coaster of emotions one often feels in those types of relationships. Overall, “Babysit” is a really fun song, and I’m super proud of it!

IT'S HERE! My new single #Babysit is out now ✨ Listen now! Let me know what you think in the comments! https://t.co/5VPprmBtW4 pic.twitter.com/OmUgg2clZb

Check out Caroline on all of her social media!

Je'Kayla Crawford is a 15 year old journalist born and raised in the US. She enjoys reading, traveling, cooking, and baking. You can find her reading a Y/A novel at the library, baking a 3-layer cake, or reading the Harry Potter series for the third time. Enjoy my writing, and thank you!