Shortly after the genesis of the civil rights movement, Malcolm X was approached by a white woman. She asked him how she can join the fight for equality. He replied with a resounding, "No." Immediately after, it is said that he regretted abruptly dismissing her question. Malcolm X realized the importance of forming allies and garnering attention throughout white communities. He expected that white folks would fight hand-in-hand and aid in the elimination of racial inequality; however, he did not think this would include Naked Athena- a nude woman posing in front of police lines. Through nudity, Athena claims, she is helping the Black Lives Mater Movement- but are her actions really that beneficial?

When recordings of George Floyd being suffocated by a police officer surfaced, the nation emerged into an uproar. His death sparked the rise of the Black Lives Matter Movement and inspired protests across the nation. According to USA Today, as of June 3, 2020, 1,700 places, across all 50 states, have participated in protesting. People of all colors, backgrounds, religions, and ethnicities emerged to show support: 10% black, 9% Hispanic, 10% Asian, and 5% white (Pew Research Center).

Among the peaceful and respectable protestors, stood those hungry for violence. People looted stores and set cities on fire, causing dangerous confrontations with law enforcement. The few violent protestor's held agendas that did not include fighting for civil rights. Because of their irrationality and ignorant actions, the media painted them as criminals, leaving a stain on the movement as a whole. A movement that was only created to spread equality and good. 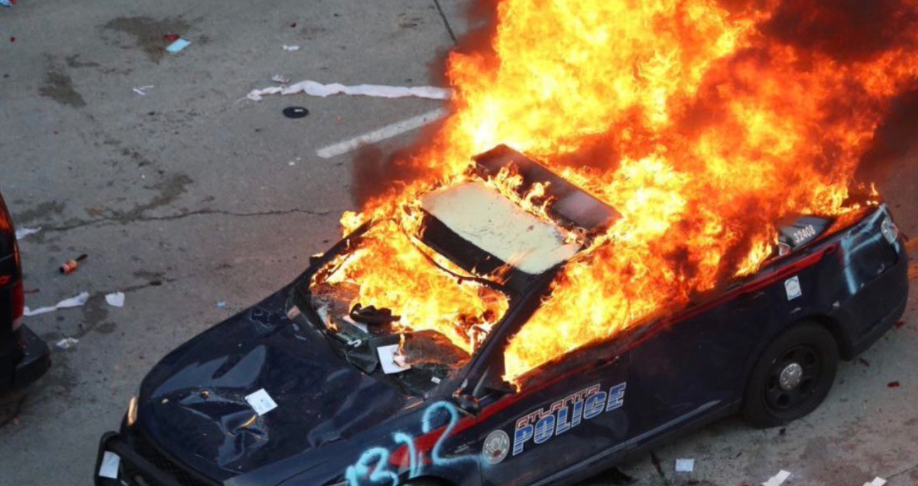 As violence took place, the world watched our nation turn a significant issue into a joke. Instead of focusing on the movement and what it represents, viewers watched crime flourish, consequently leaving a bitter taste in their mouths. People did not stare in awe, their bodies aching with empathy towards those protesting, but rather a sense of sadness. It was disheartening to witness a nation griped with racism turn their fight for good into a source of entertainment and evil.

Vandalizing cities and hurling objects towards police draw attention, but it is mainly negative, thus casting a cloud over the message at stake.

Among those acting without regard to the message, stands crouched- sometimes in a split- nude. Naked Athena contributes to the invalidation of this movement. Her actions, similar to the looters, do not benefit the lives she claims to support. Vandalizing cities and hurling objects towards police draw attention, but it is mainly negative, thus casting a cloud over the message at stake.

Black bodies are unjustly dying and what are people doing to create change? Standing nude in the streets. Hurling objects at police. Shouting foul language. How do these actions stop law enforcement from stereotyping and killing black people? How are they aiding in the fight of black equality? Nudity never stopped anyone. 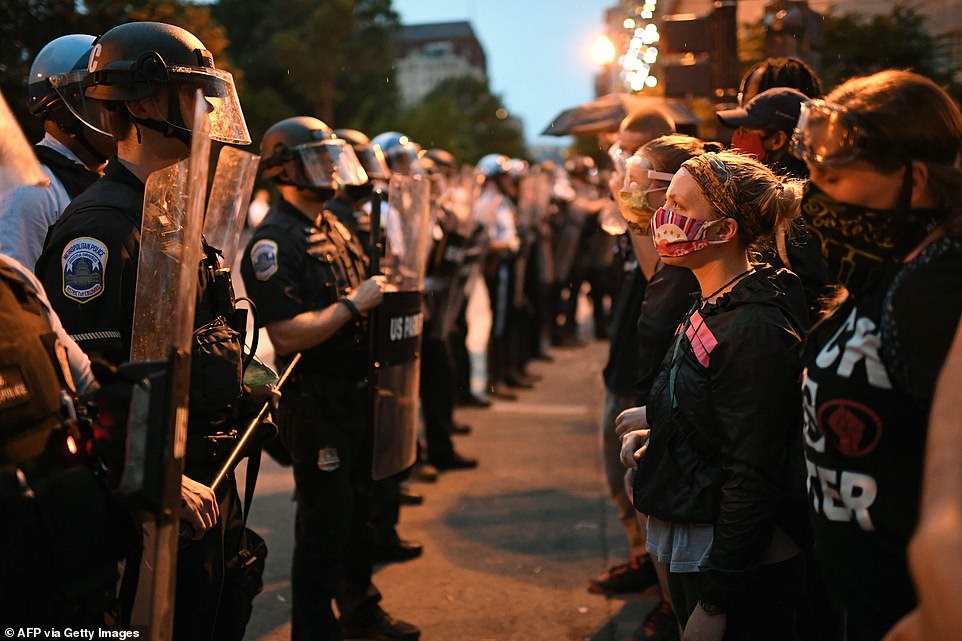 Because of these poorly thought out actions and methods of support, conservatives have only used it as a way to fuel their agenda. President Trump promises to increase occupation in more cities, leaving protestors in peril. Unmarked and unnamed federal forces are snatching people off the streets without justification. This is a direct threat to our Constitution; however, due to recent events the President has deemed it necessary.

Naked Athena feeds into President Trump's game plan: distract the world from what is really happening in Portland. Encourage the media to focus on the looters, the odd protestors, and draw attention away from the government's neglection of our rights. Our nation, built on freedom of speech, a leading example of democracy for all countries, is allowing the worst to take place. Instead of condemning racism, we are painting ourselves as ignorant criminals, giving way to the right wing's vendetta.

While protesting, people need to determine whether their method is actually aiding in the fight.

Those protesting need to remember what they are fighting for. They are bringing to light an issue we never completely eliminated. An issue that has taken countless lives. An issue that is needed to be treated and dealt with urgency and respect. Not with disregard and laughter. While protesting, people need to determine whether their method is actually aiding in the fight. As we come to arms with racism, violence and ignorance only deter us from reaching the ultimate goal. 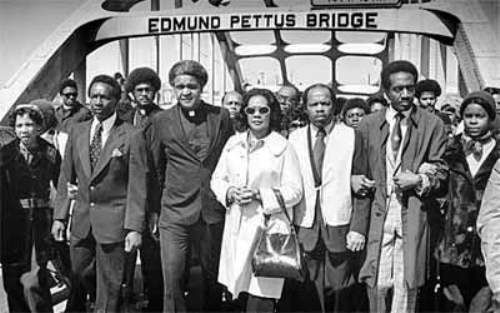 We cannot be a minor inconvenience in President Trump's narrative, but rather a driving force for him to act in support of people of color. The Black Lives Matter Movement should aim to show the world and the Trump Administration how angry citizens are of this intolerant era consuming America.

We cannot fall into the traps laid forth by our current government.

We cannot fall into the traps laid forth by our current government. This time calls for serious action- one smartly devised plan. I urge the movement to continue where police cannot harm those fighting for change; particularly, in court rooms, classrooms, Congress, city councils, and our living rooms. It is here that our impact will be the greatest. It is then black citizens will walk the streets like a white person. And when that time comes, The Black Lives Movement will continue fighting for change. Our country will then live up to its motto as a place of "life, liberty, and the pursuit of happiness."

Caroline is an outgoing sixteen-year-old who loves meeting new people. She enjoys playing sports, reading fictional narratives, and spending time with her three younger sisters. Caroline plans to educate fellow members of her generation through journalism, in an attempt to keep them cognizant of important national issues. In school, she loves learning foreign languages and discussing literary works with her class.

How Worldwide Lockdowns Have Impacted the Environment