We live in the midst of a digital revolution where we are constantly kept up to date with the latest gossip and celebrity news. We are subject to the facade that many celebrities portray and yet, we dive in for more, as their lives hold a certain eloquent charm to them. With every highly successful person comes a varying backstory often veiled by their facade. Many of us don’t look at what got them to their successful states and the hurdles that they had to skillfully maneuver to get where they are. Quite often, I’ve heard people say that successful women are difficult to find in particular arenas, but that’s why I’m here to give you a breakdown of my perception of eight highly successful women. It is also quintessential to understand that the word "success" varies based on where you are from. Success for one may be something taken for granted by another. These women that I have chosen are those that have much for almost everyone to learn something from. There are most definitely more than eight modern women who have “made it” in society, but these are just my picks for those that hold fruitful and applicable life lessons.

Chopra, a charismatic Indian actress and activist took a striking turn from Indian cinema to become a renowned and popular American actress. Chopra has shaken American TV attracting fans from all different walks of life and has garnered much positive attention. Although there are several riveting things to take away from Chopra, the topmost facet that I resonate with is the unwavering confidence that she radiates. Chopra has never tried to subdue her Indian accent or shy away from her Indian roots, which actually helped her to get a larger base of fans across America and India.

“I taught myself confidence. When I’d walk into a room and feel scared to death, I’d tell myself, “I’m not afraid of anybody.” And people believed me. You’ve got to teach yourself to take over the world.”

The Main Takeaway: The parts of yourself that you may naturally try to hide may be the parts that are most unique. Be confident in your abilities. 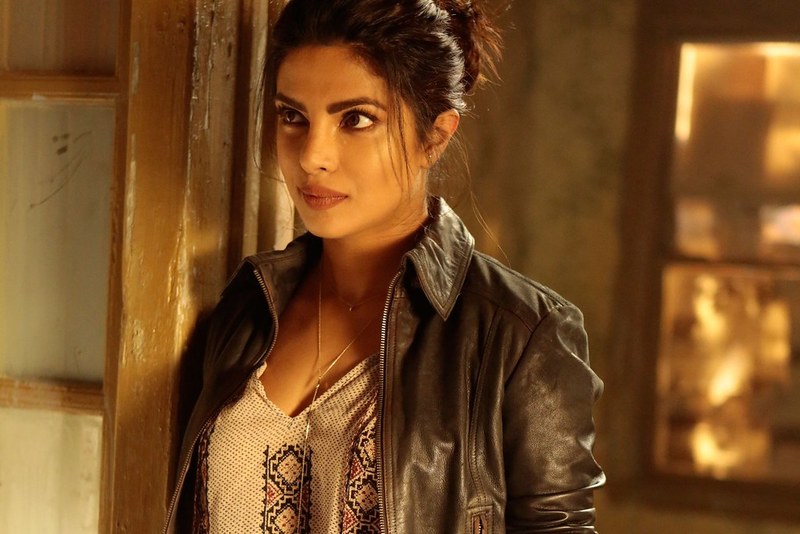 Kate Hudson truly epitomizes and personifies the example to the phrase “women can have it all.” Although Hudson is the mother of three (which is a grueling job in itself), she is also an actress and the founder of the athletic-wear company, Fabletics. Hudson works extremely hard to pioneer through the fashion industry, the film industry, and as a parent, while still managing to squeeze in some time for herself. A particular quote that stands out to me is:

“The irony is that when we take care of ourselves first, we are in a much stronger place to take care of those we love.”

The Main Takeaway: It IS possible to have it all, but one must undertake much hard work (a given) and most importantly self-care. Wear your own oxygen mask before assisting others. 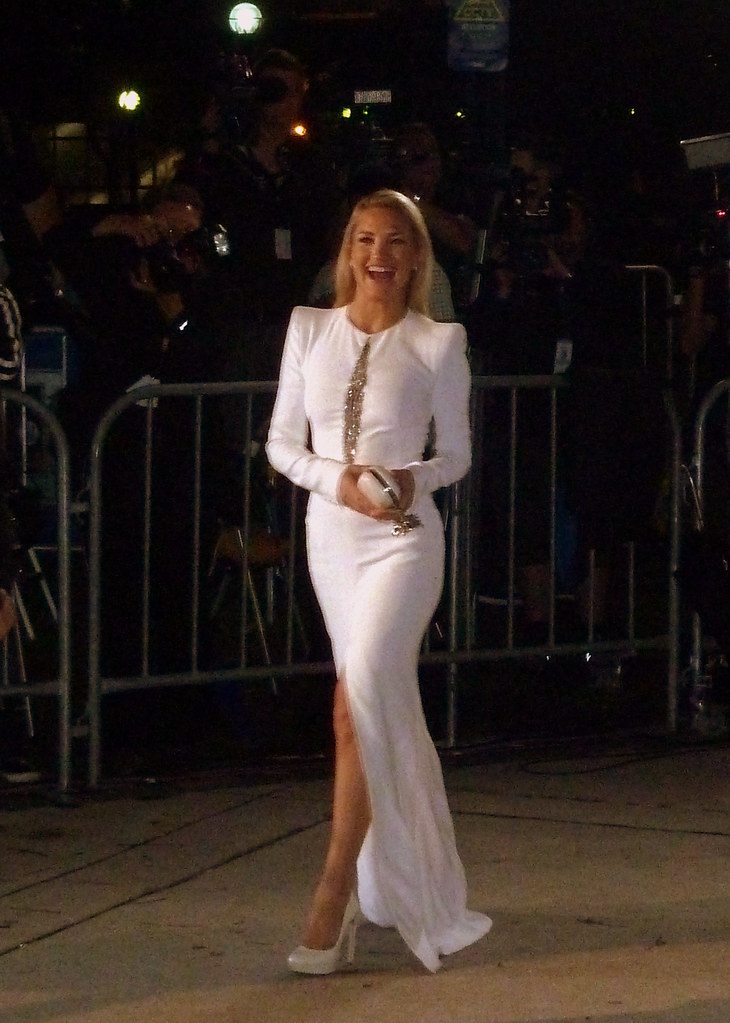 Karlie Kloss, an international supermodel, Victoria Secret fashion icon, and iconic businesswoman transgresses all boundaries and preconceived notions typically placed on women in the modeling industry. Karlie Kloss, while still continuing modeling, also founded Kode with Klossy, an initiative that teaches girls 13-18 how to code, free of charge. Her want to give back to the community in a meaningful and approachable way is truly commendable. Karlie states,

“To be able to code gives you the freedom to build anything and that is just so empowering.”

The Main Takeaway: Don’t place constraints on yourself through what society tells you to. Shape your own future. 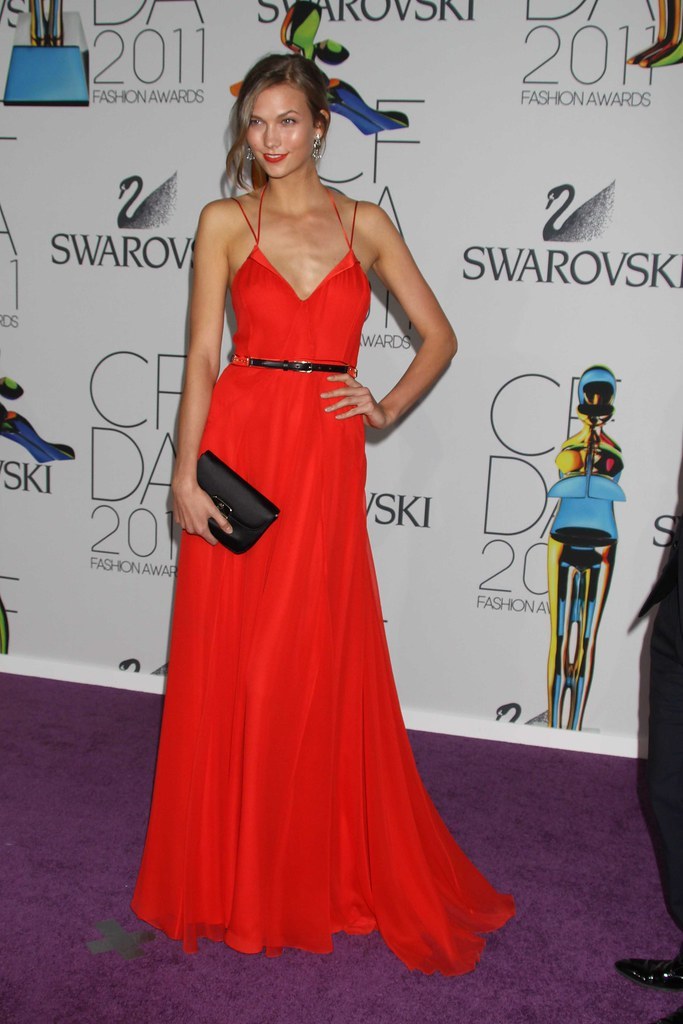 An icon in the tennis court and out, Serena Williams is acclaimed to be one of the greatest tennis players known to man. It is a given that being a female athlete, Williams has had her fair share of sexist commentary that she needed to battle. Additionally, Williams has an extremely muscular body that isn't covered in the traditional beauty standards. So, Williams innovated her own beauty standards: she created her own clothing line for women of all shapes and sizes.

“Think of all the girls who could become top athletes but quit sports because they’re afraid of having too many defined muscles and being made fun of or called unattractive.”

The Main Takeaway: Don’t be scared of what’s to come, instead, learn to embrace it. If people put limitations on you, learn to test their limits by breaking those limitations. 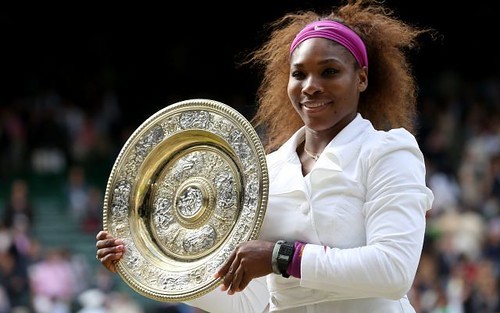 Tina Fey is an avid comedian best known for her work on Saturday Night Live and 30 Rock. Fey is also the writer of the hit movie, Mean Girls. Fey has had much in her life to deter her from where she’s at. At five years old, she was slashed on the face with a knife, leaving a permanent scar on her face. She has faced sexism, like almost all women in the comedy industry and has been criticized on her looks. Yet, Fey continues to make people laugh and to radiate positivity and will, in fact, be hosting the Golden Globes along with Amy Poehler in 2021. A quote that strikes me:

“Don’t waste your energy trying to change options… Do your thing and don’t care if they like it.”

The Main Takeaway: Fey is an example of the classic, when there is a will, there is a way. Though it is a cliche, it’s still absolutely relevant to all of us. 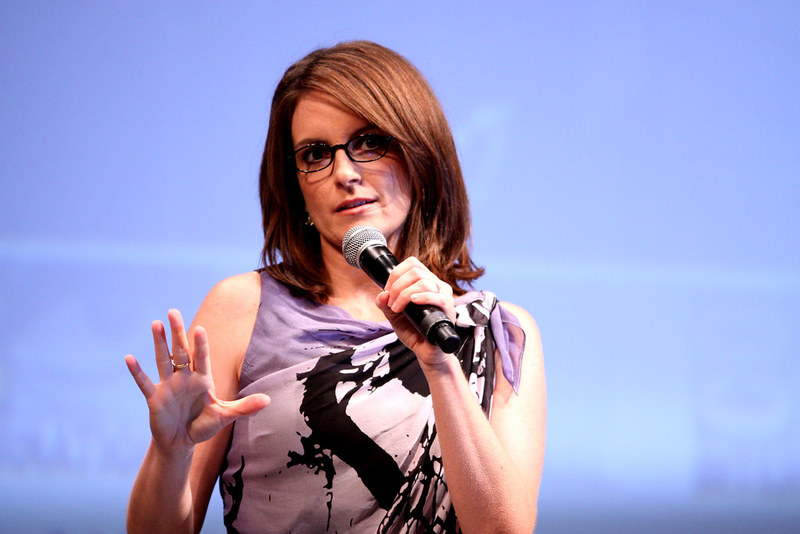 Marie Kondo is the organization titan of our time. She is also an author, a TV show host, and the founder of KonMari, her own company. A Japanese-American mother and businesswoman, Kondo has made an impact on several homes and spaces, thus helping people find happiness within their own homes. Listed as Time’s 100 Most Influential People, Kondo really has established her place in society.

The Main Takeaway: Kondo has taken up an ‘unorthodox’ profession, but yet, has made a huge impact by following her passion of tidiness and sparking happiness in people. She serves as a call to action for those unhappy with their own jobs, urging them to identify the things and jobs that they can seek solace in. 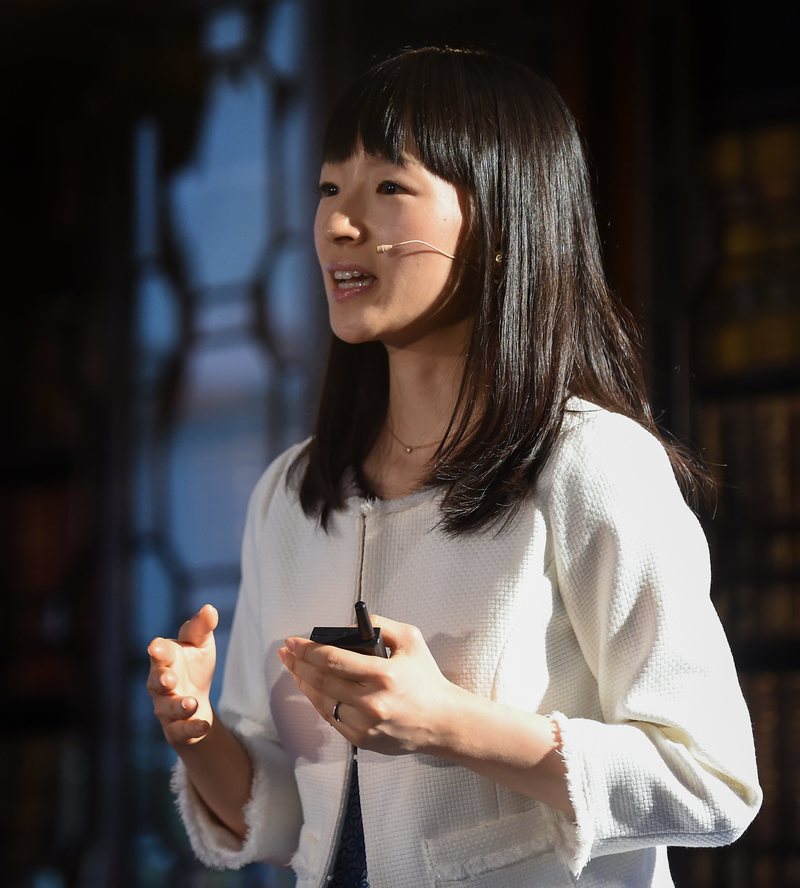 Whether or not you agree with her political views, Ocasio-Cortez’s story is highly impressive. Born in the Bronx, Cortez’s dad died when she was 18, her mom scrubbed toilets and drove school buses, and she was a bartender until, at 28 she won a congressional seat. Her story is one of the closest that we will find today that correlates with the American Dream.

“They’ll tell you that you’re too loud, that you need to wait your turn and ask the right people for permission. Do it anyway”

The Main Takeaway: It truly does take an overwhelming breakdown to have an undeniable breakthrough. From the lowest of the lows, AOC worked towards the light at the end of the tunnel and continues to work towards her perception of what is right. 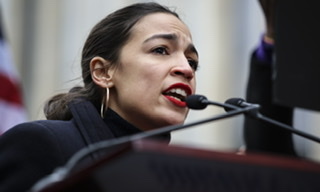 Consistently ranked as the world’s 100 most powerful woman, Indra Nooyi is the former President of Pepsi Co. and is on the board of Amazon. Born and brought up in Chennai, India, Nooyi grew up in a conservative Brahmin household and left Chennai to come to Yale, where she studied management and business. Nooyi became a pioneer for all women to look up to successfully leading Pepsi Co. for several years. Nooyi is arguably one of the best CEOs to have led such a large company. The quote that she says that I find most inspiring and read at least once a day, is:

“I’m never gonna win the looks battle, so I’m gonna focus on the brains part. I’m gonna do it better than anyone else can do it.”

In an excerpt from her Forbes interview with Priyanka Chopra, Nooyi described how she had to find her own strengths and capitalize on them to further her success in the business industry.

The Main Takeaway: Capitalize on your own strengths and learn to accept and work on your own weaknesses, instead of letting them debilitate you. Excel at the things that you are good at instead of trying to be good at everything! 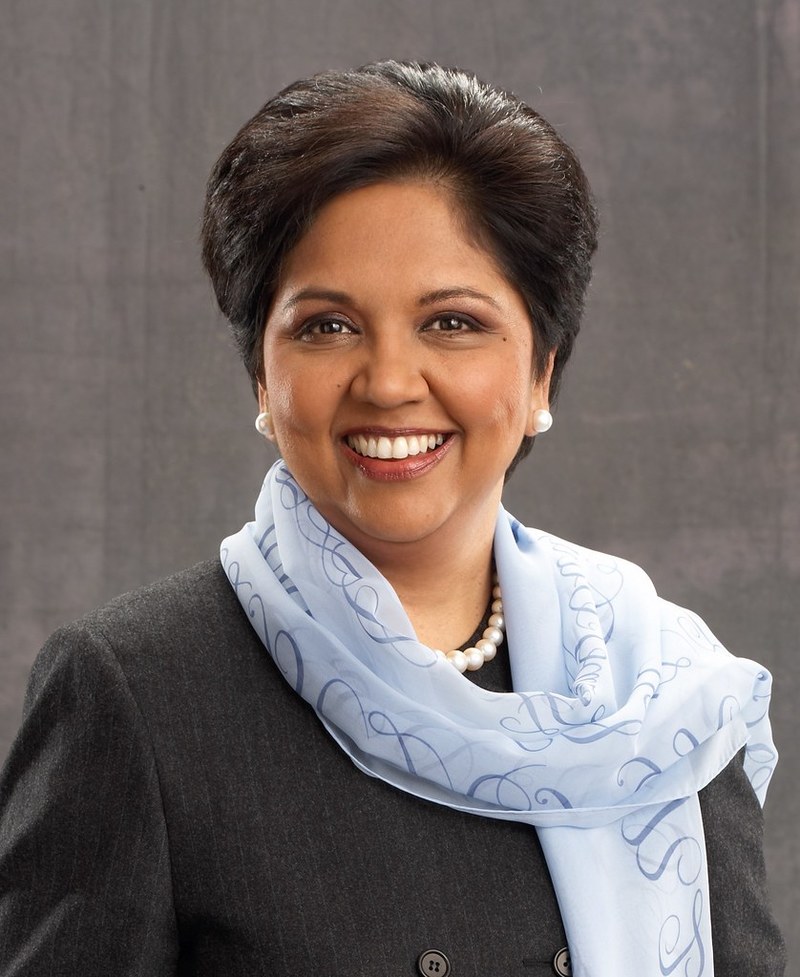 There is much to learn from all of these incredible women and the different aspects that they have overcome. These takeaways are applicable to everyone regardless of any differentiating facets! I hope that you each find something to take away from one of these powerful women who have helped pave paths for generations to come. 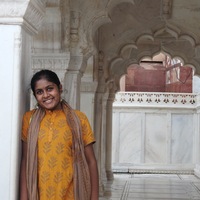 Nrithi Subramanian is a junior in high school from Dallas, TX. She finds great happiness in writing but is also an entrepreneur (started the company Mantra), an Indian Classical Dancer, a public speaker, and a philanthropist. Nrithi enjoys spending her free time reading, with friends/family, and painting. 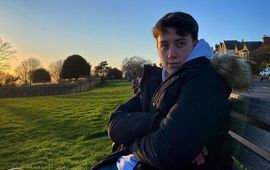 Bobby Moore Talks Being a TikTok star, His Future Plans, And How To Deal With Haters 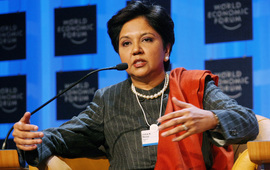 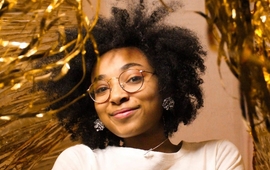 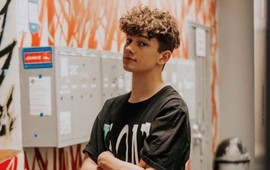 TikTok Influencer Luca Charlton on his Passions, Journey to Fame, and Being Authentic 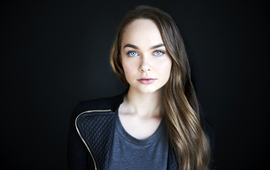 An Interview with Nicole James From Locke and Key 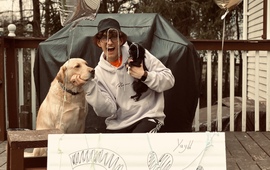 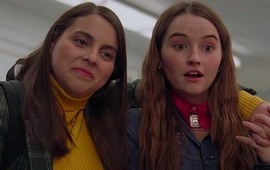