I never really thought too much about my hair. Apart from dying it temporarily and a couple of risky short bobs, nothing I did to my hair was what you could call dramatic. My hair is unusually curly, considering my family members have straight hair, so I never voluntarily tried to draw more attention to it.

There have been a couple of occasions where my curls have been frowned upon for not matching the “professional” atmosphere, but it was just high school, so it never made an impact. I didn't despise it. I didn't adore it either. Overall, my feelings were indifferent.

The most dramatic thing I did to my hair was to chop if off. It had nothing to do with my hair itself, but rather what it stood for. When it boils down to sheer honesty, I could not imagine shaving my hair a year ago; however, getting rid of it made me realize what hair stands for and how much we really judge people. 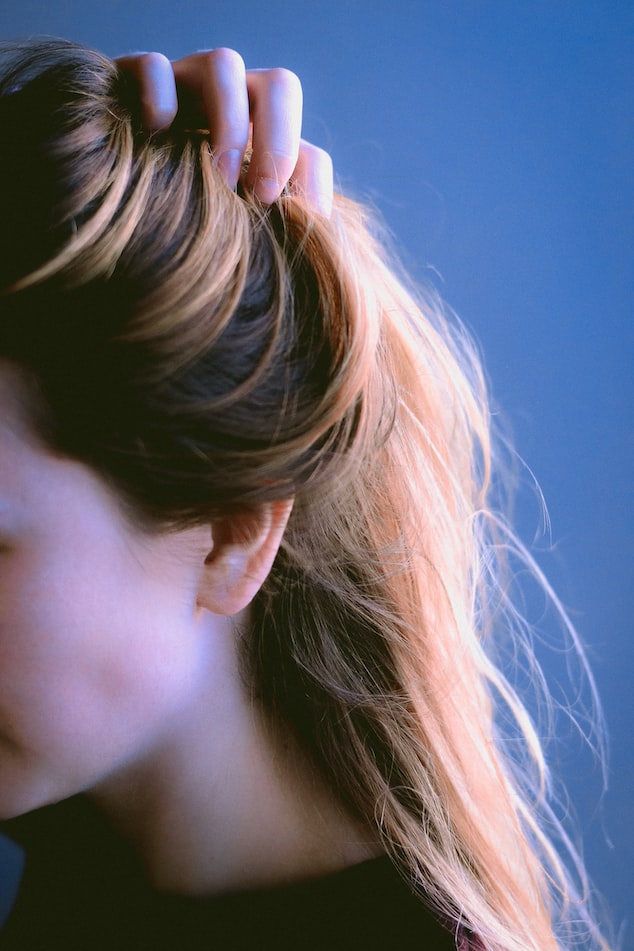 I didn't worry too much about what people would think of my new hair, or lack thereof. I knew that being upset about it would not cause it to grow back quicker or miraculously reappear. Unfortunately, not everyone shared this belief of nonchalance. Shaving my hair off was impromptu and spontaneous, but I did not regret it, regardless of how much people wanted me to think so.

When we are afraid of drastically changing something, we seek stories where change caused disaster. For someone who cannot imagine losing all of their hair, it is much nicer to listen to someone tell you about how they shaved their hair, and they regret it. The confirmation bias is strong. I, for one, do not regret the action itself.

What does hair mean?

For some insight, I am surrounded by a culture where a lack of hair represents disaster, widows, death and gloom. Hair symbolizes femininity, cultural understanding, tradition and a respect for ethics. Chopping off all your hair is not just frowned upon, but outright shun. 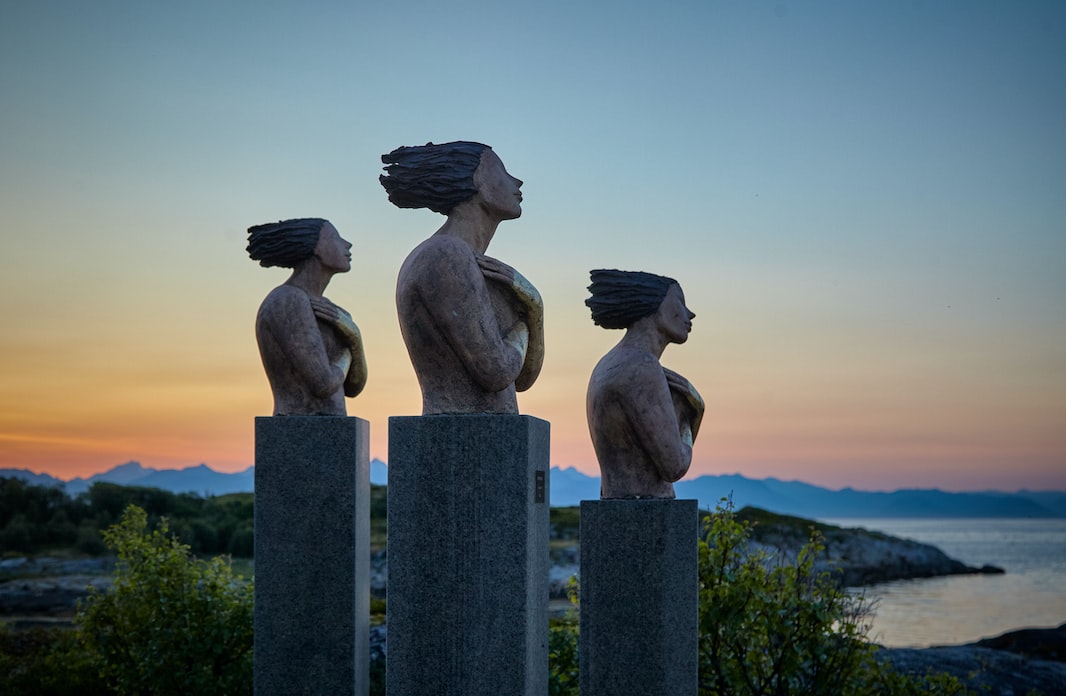 Pixie cuts are called radical, so a buzzed scalp is almost unheard of unless some disaster has struck. Historically, shaved heads represent women who were doomed.

Let's talk religion for a minute, where shaving your head is tonsure. 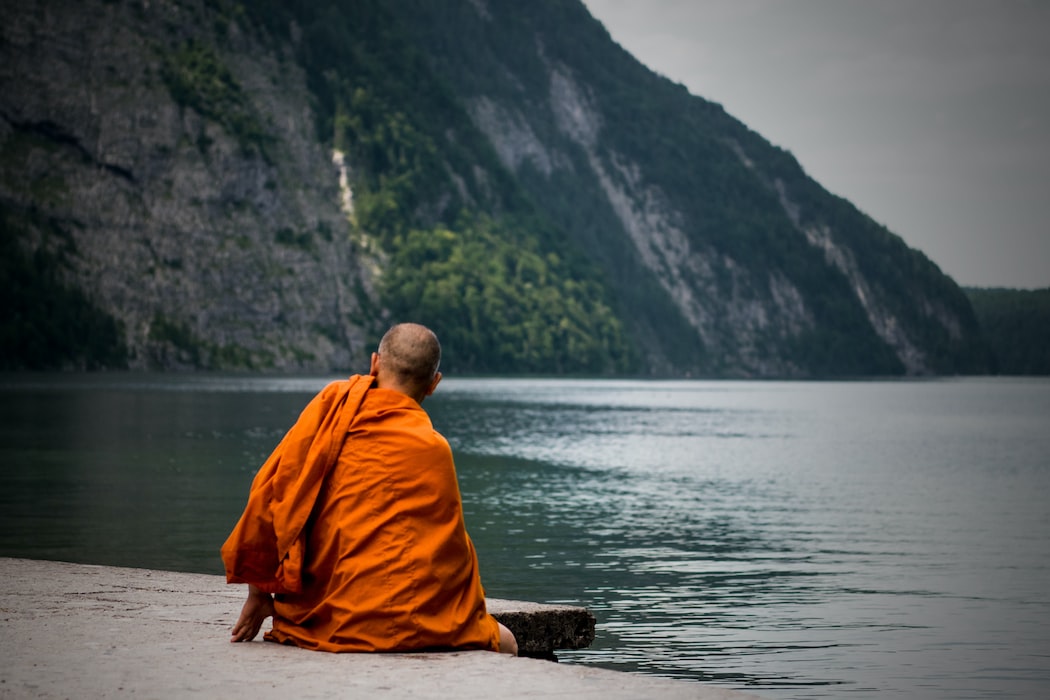 In Ancient Egypt, male priests would shave their head for cleanliness purposes.

In Buddhist monasteries, it was to show devoutness.

In Islam and Hindu practices, it is preceded by the completion of a holy pilgrimage.

For men, the shaved head symbolized devotion in religion, strength in tribes and raw power. 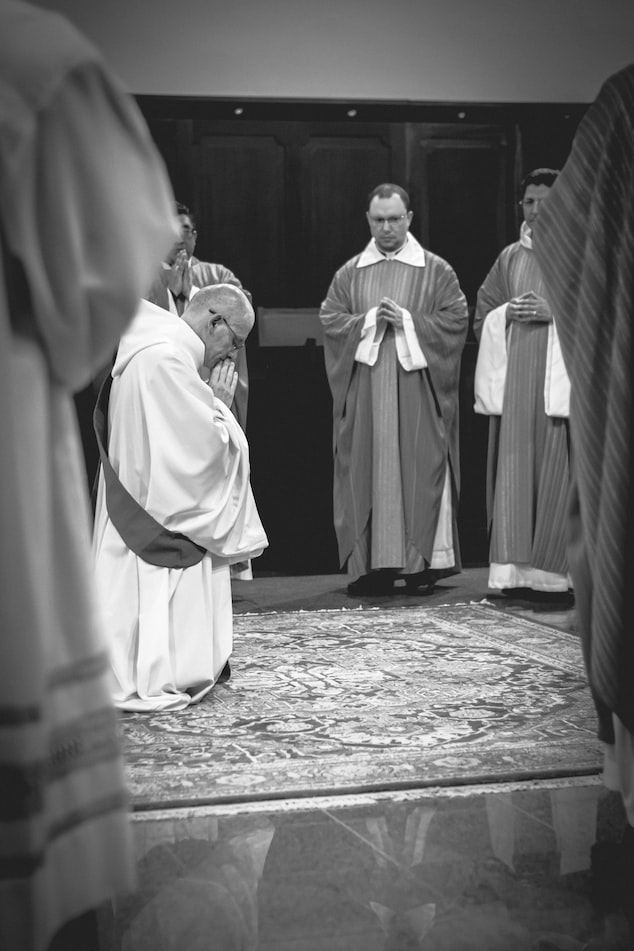 So what's the big deal?

But for women, it was quite the opposite.

A women's head would be shaved if her husband died. The widow would be forced to have a shaved head, give up ornaments and her prior clothing for something plain and simple to reduce their attractiveness. The bereavement practice, though, is not restricted to a couple of months. For the rest of their lives, women would not be allowed to be more than a widow.

In the Salem witch trials, women's heads were shaved to check for witchery marks. As punishment, French women who were accused of Nazi collaboration were paraded in the streets shaved. 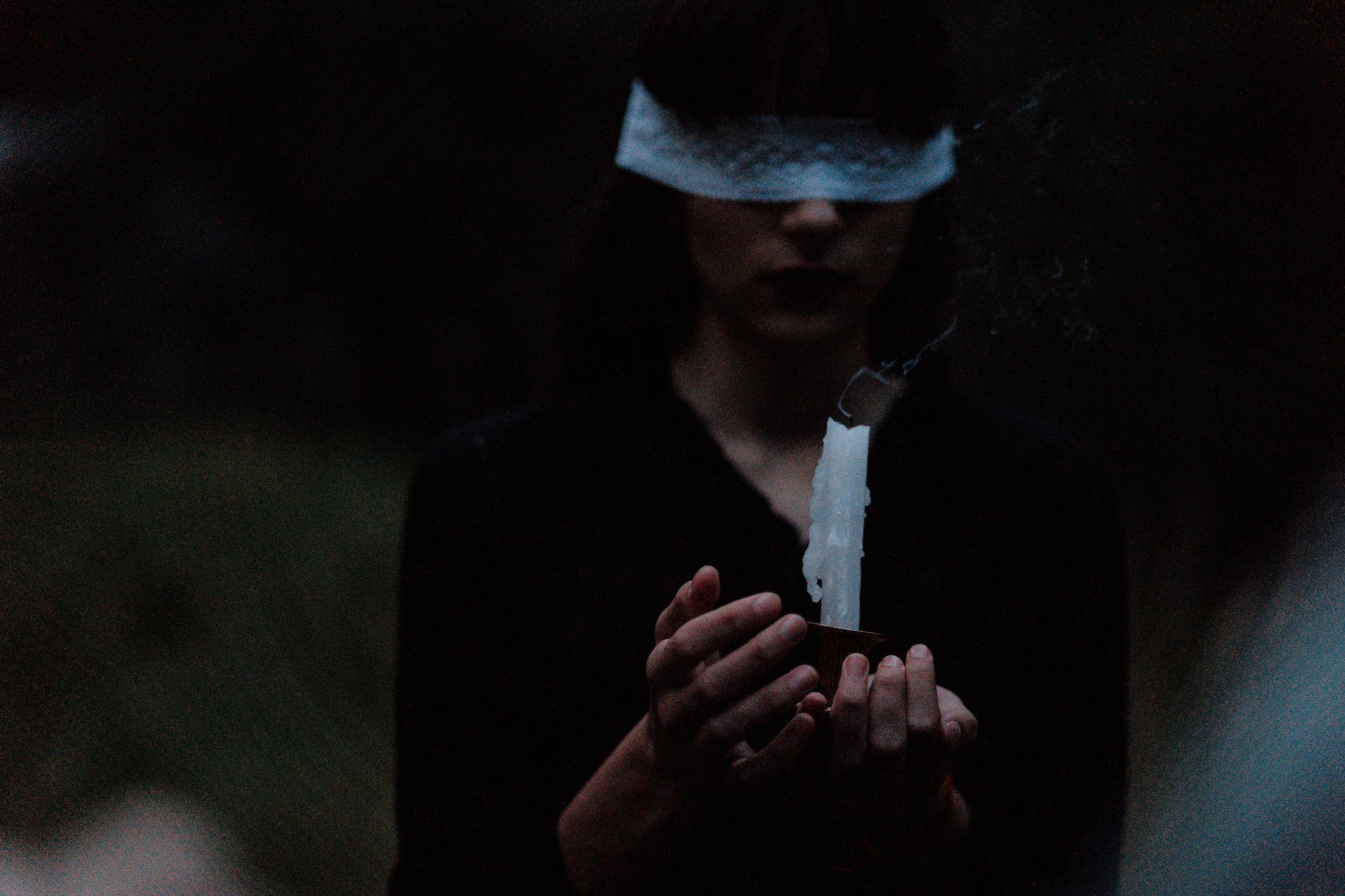 In the Nazi death camps for women, their hair was shorn violently, leaving them with bruises and cuts. Shearing their heads was a form of oppression, to remove any form of identity they could hold.

It's almost considered insane to get rid of your hair if it's not for religious, traditional or mandatory practices. If no one is forcing you to shave your head, then why would you do it? Well, the answer is simple. Because I want to.

Why you should consider snipping it off

Shaving your head is not about your own curly locks; it's about the locks imposed upon you. About breaking free of stereotypes and carving an identity for yourself that does not have to do with something as trivial as hair. Shaved heads are not trends- they are so much more than that.

It's liberating. I used my hair to hide, it was something that I would have never admitted back then. Without my hair framing my face, I wouldn't know who I was.

Taking control of a situation feels like scissors, razors, and the itch of hair on your neck. Then, it morphs into the bliss of freedom.

Imagine thinking, “I spend a lot of time worrying about my hair, so I'll shave it off.” The sheer power in that move is incredible and liberating. For the people who shave their heads as an impromptu decision in the middle of the night, you have the strength that cannot be described in metaphors or statements. 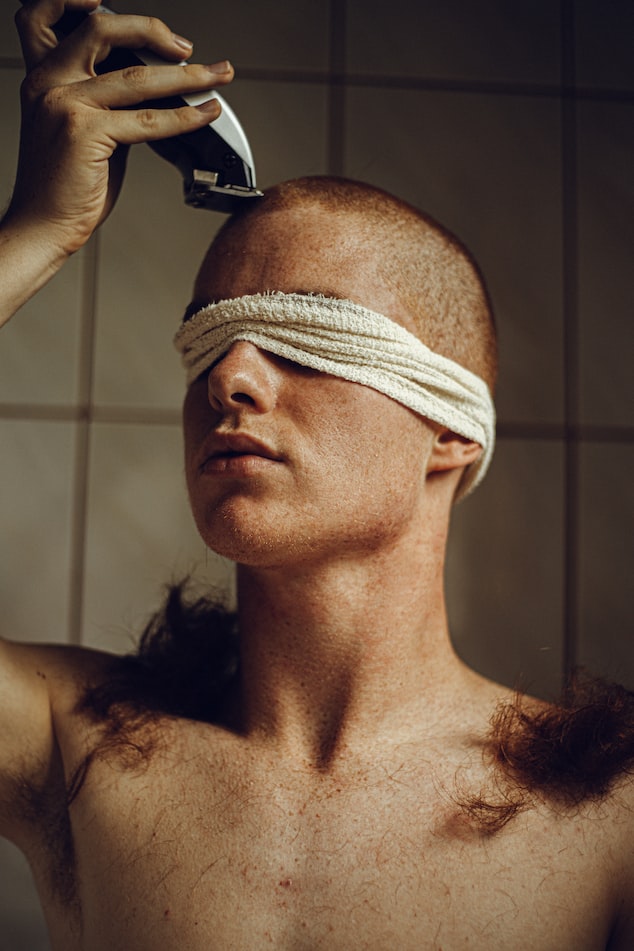 I would have never willingly accepted that getting rid of my hair would make me happier. But it forced me to face my insecurities and grow.

Unlike the history of shaved heads where such actions typically stemmed from hate, shaving your head is a way of taking back control and making things happen for you. 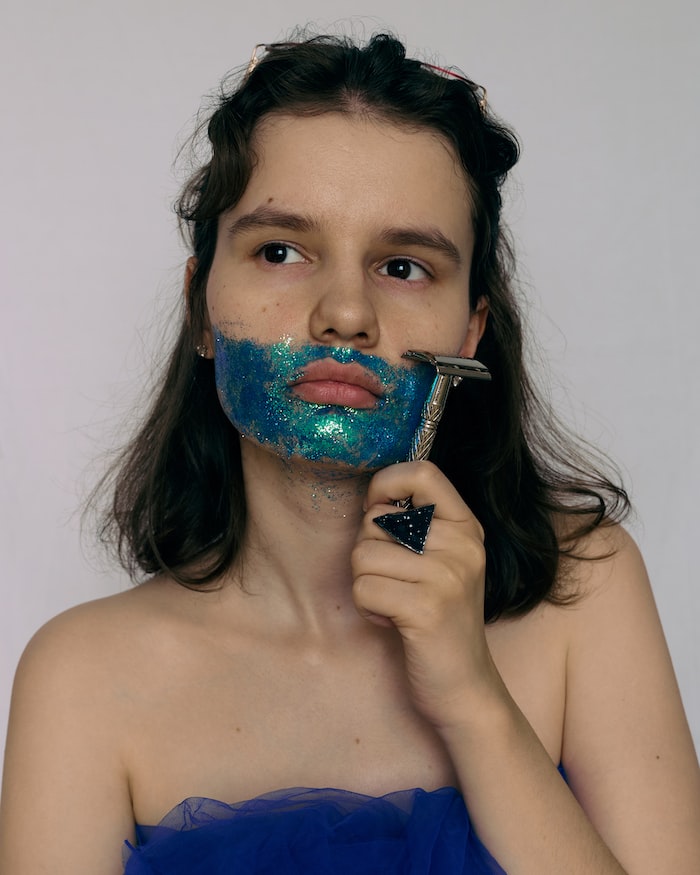 If you're willing to take the plunge, do it. You won't regret it and hair always grows back.

If you value your hair dearly, if you love it more than you can explain, then you should definitely shave your head because it presents you with the opportunity to fall in love with parts of yourself that you never gave attention to before.

If you despise your hair and hate how it feels, you should shave your head to liberate yourself of the negativity you carry for it. Regardless of your stance, shaving your head is a power move that you should try at least once.

After all, shaving your head lifts a weight off your shoulders, literally.

Did you enjoy reading Nikhita Makam's article? Let your friends know by using any of the sharing options below. Nikhita Makam is a 16 year old high school student by day and a poet by night. She is author of "14 works by a 14 year old" and a writer for The Teen Magazine. Nikhita spends her time writing, reading, watching dog videos, gardening, wondering about ladybugs and battling the common enemy to all high school students: homework.