In the thriller movie, Contagion, a virus infects millions of people worldwide. Healthcare professionals and government officials find themselves combating it before humanity comes to an end. In the same way, the coronavirus appears after 9 years of the movie’s release. The movie is currently increasing in popularity because of the coronavirus’s fear and panic. It is on Netflix’s top ten lists at the moment. Numerous people are presuming that Contagion has predicted our current COVID-19 outbreak. 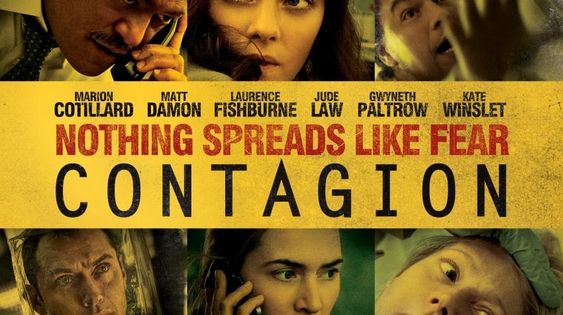 Contagion is not really my type of movie, but as the curious person I've grown up to be, I've decided to give it a shot to understand the hype around it. The movie was initially released on September 9, 2011, and directed by the Oscar-winning American filmmaker, screenwriter, and producer Steven Soderbergh. Starring Matt Damon, Jude Law, Kate Winslet, and many more, the plot revolves around the death of a woman and her son, which later leads to the discovery of the deadly virus.

Towards the end of the movie, we are shown exactly what caused this global epidemic to occur. Unexpectedly, the virus was first spread by bats, which prompted governments and corporate media to think the same for COVID-19. In more detail, there were bats flying out and one of them was infected by the virus. The bat perched on a banana, that was later dropped and eaten by a pig. Eventually, this pig gets slaughtered at a market for food. The chef that was handling this pig, and has touched his mouth with his bare hands, was caught in a picture holding Beth's hand, the woman who first died at the beginning of the movie.

As I've just explained the chain of events, many people started assuming that coronavirus has spread the same way. Likewise, both viruses are new and need investigations and research. They both spread through human contact and interaction, such as hugging, shaking hands, and/or touching surfaces in public. However, this doesn’t indicate that they’re the same. As much as they look similar, they are indeed unrelated.

1. The viruses have different functions

In the movie, the first infected patient, by MEV-1, dies after having a seizure. She later gets diagnosed with encephalitis, which is the inflammation of the brain. On the other hand, the coronavirus infects the cells in the air sacks, causing an inflammation in the lungs. The two viruses have different functions that affect different body parts of humans. In addition, the MEV-1 virus mutated after a period of time becoming more deadly to people, unlike the COVID-19. However, it is still possible for the coronavirus to mutate because those things appear after the duration of the epidemic.

2. The death rates are widely differing

MEV-1 virus, which caused the global pandemic in the movie, kills between 25% - 30% out of the infected people. On the other side, the current case fatality rate varies widely between countries, from 0.55% in Germany to 14.34% in Italy. Moreover, the rate is around 6.06% worldwide as seen in the chart below. This shows that the fatality rate for the MEV-1 outbreak was significantly higher than COVID-19. 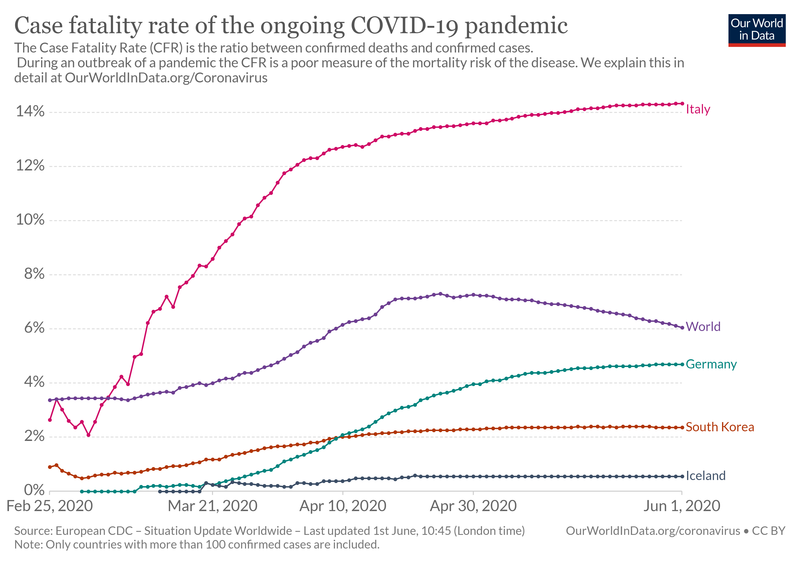 3. We haven't discovered a vaccine yet

Up to this time, we haven’t discovered a vaccine or cure to the COVID-19. However, it took them a few months to create a vaccine that treated the fictional virus, which was almost impossible for a new virus. The movie ended with having their normal lives back after healing all the patients. In a recent interview by The Washington Post magazine, the Screenwriter of Contagion, Scott Z. Burns, explains how they were able to come up with a vaccine although the virus was deadlier than COVID-19.

Well, one of the criticisms of the film by the scientific community was always that in the movie it seems like we came up with a vaccine too quickly. I’m not a scientist, but my understanding is that coming up with a vaccine itself is only a part of the battle and not even the hardest part. To kill the virus in a petri dish is one thing. To make a vaccine that will not hurt people, that is safe, that does what we need it to do without it doing things we don’t want it to do, is a painstaking process that requires doing trials that are safe before you scale up production.

All in all, Contagion contains fantasy elements, but it is still totally possible. As Bill Gates said in his 2015 Ted Talk, we should always be prepared for any future outbreaks. We are constantly ready for wars but never for epidemics. Global Health systems should develop equipment and disease surveillance for the sake of surviving.

We should improve the health systems, as well as the education for awareness. This is a massive step that should be taken for a better stance during the next outbreak in the future. In addition, Scott Z. Burns is trying to shed light on this issue as well.

It is sad, and it is frustrating. Sad because so many people are dying and getting sick. Frustrating because people still don’t seem to grasp the situation we are now in and how it could have been avoided by properly funding the science around all of this. It is also surreal to me that people from all over the world write to me asking how I knew it would involve a bat or how I knew the term “social distancing.” I didn’t have a crystal ball — I had access to great expertise. So, if people find the movie to be accurate, it should give them confidence in the public health experts who are out there right now trying to guide us.